It’s time for the next round in our “Best Ride” tournament poll! See below links for the polls for each park individually:

), every ride that achieved 10% or more in a poll has moved on to the next round. If a ride achieved 50% or more in a specific park, no other ride was advanced. (Applies only to Soarin’ - sorry Spaceship Earth and Test Track! The theory is that we’re trying to get a majority favorite, and if a majority already picked a specific ride in an earlier round, we can safely eliminate the others.)

If no ride gets 50% of the vote this round, we will do another round until we have a clear winner!

If you could only ride one ride in Walt Disney World, which would it be?

As a reminder, I included all “Headliner Attractions & Entertainment” from the personalized touring plan wizard that had a ride vehicle. No shows, meet & greets, parades, fireworks, walk-throughs, or other entertainment.

Here are the results frozen in time for an audit trail (yes, I’m an accountant lol): 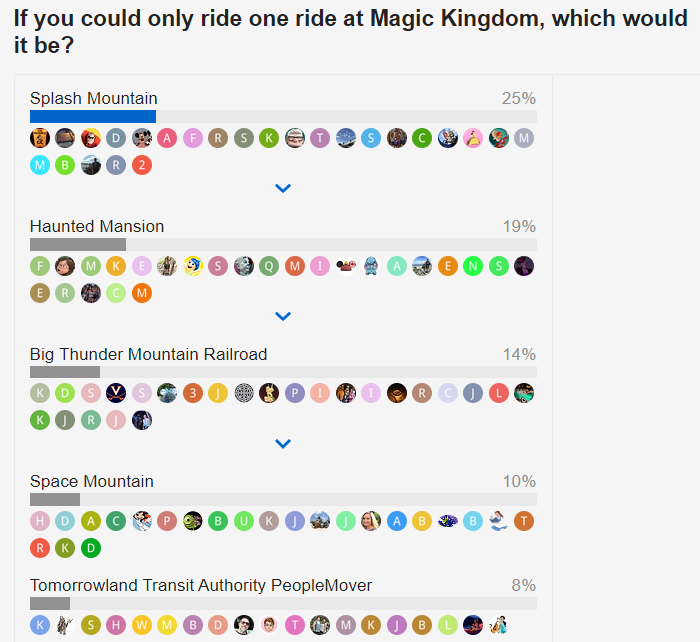 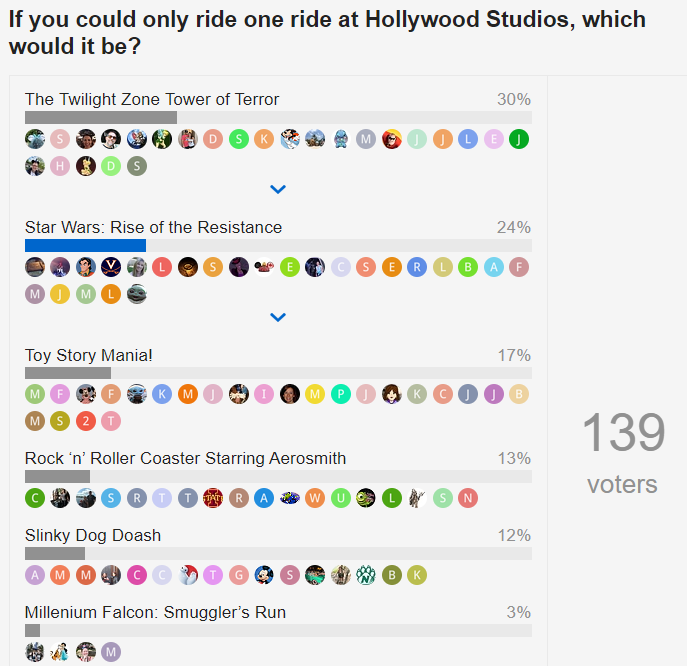 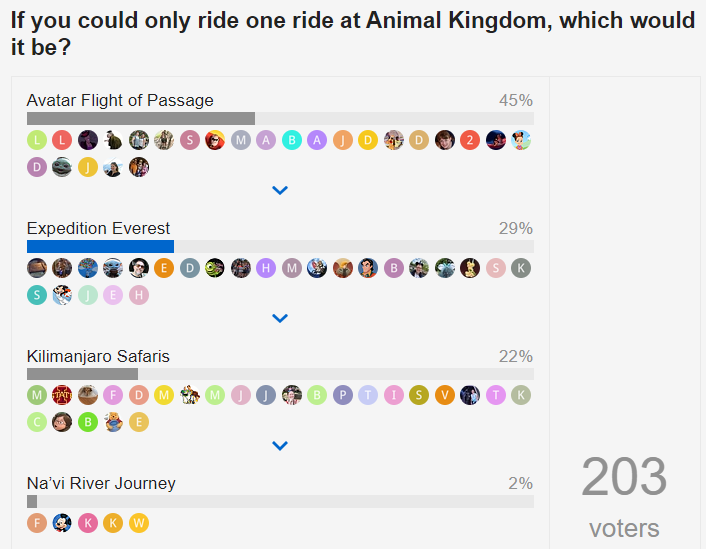 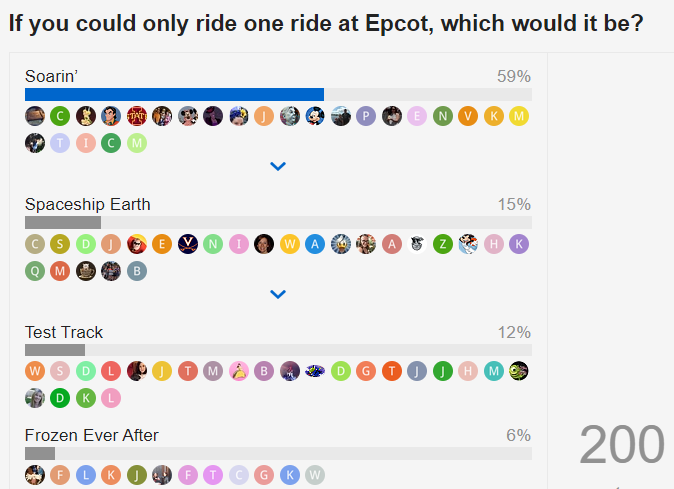 I’m so torn between TOT and EE. I will have to think about it.

This was hard, so I went with my gut. Space Mountain.

Thing is, Space Mountain isn’t necessarily my favorite ride from the list. I’d probably pick ToT for that, and I’d pick EE as a better coaster than SM.

But, for me, I could imagine not riding those on a trip to Disney. But I just don’t see how it is possible to go without at least one ride on Space Mountain. It is iconic and full of nostalgia for me.

I’m glad this is purely hypothetical.

If you polled me in the 90s it would have been Maelstrom!

If you polled me in the 90s, it would have been…Space Mountain. Same with the 80s, actually.

Oddly, however, I’m really hoping that the rumors that they plan to gut Space Mountain and re-envision it. I could see the original concept elevated using new coaster technologies and make it even better. The launch tunnel, for example, should be an actual launch, and the coaster might zoom you around the space station instead of just going up the lift hill next to it.

So I’m not opposed to rides changing (for the better) for the sake of nostalgia.

This was so hard but I chose FoP. EE and ToT are close behind.

This was very hard. I want to say RotR, and did for the HS poll, but not fair to pick overall for WDW until I’ve been on it. So went with Splash, which seems to best embody everything Disney for me. That said, I’m totally contradicting this on our short Spring Break stop that completely skips MK (but had 2 full days there last summer and nothing new).

Hopefully this doesn’t also mean problems with the website and delayed results for several days.

I really struggled with Splash and FOP. Our last night we rode Splash 3 times. It was one of the most memorable parts of our trip. However, FOP is incredible and does not give me motion sickness. Also, most iconic ride would be tough between Splash and Space.

I find it disturbing (?) funny (?) confusing (?) that my vote was the runner up in every park poll…which means my vote in this general election pretty much means nothing. But I gotta go with Haunted Mansion - because classic Disney. And a ride everyone can go on - the first three times I went to Disney, I was too short for Space Mountain and Splash Mountain didn’t exist. And now my kids are too small for those. So nostalgia wins out for me even if all you thrill seekers choose the newer rides. (But for what it’s worth, I was really torn between nostalgia and RotR… seriously the best ride I’ve ever been on.)

I want to say RotR, and did for the HS poll, but not fair to pick overall for WDW until I’ve been on it. So went with Splash

Your thought process was the same as mine but I went for RotR rather than Splash. I seriously debated whether to even include RotR, but we will never be able to have a poll where all participants have ridden every ride. Maybe in 2 years I will do a follow-up poll with the winner of this tournament vs. RotR.

It was hard to pick for me too. I love RotR and FOP. They are both so different that it is hard to pick one over the other. But I chose RotR.

Maybe in 2 years I will do a follow-up poll with the winner of this tournament vs. RotR.

This makes me think of another interesting poll idea…what is your favorite ORIGINAL ride concept that has either been updated, or has since been removed/replaced. (Or maybe a separate poll for each.)

I haven’t been on two of the headliners on here yet (FOP or RotR) but the scale, speed and overall fun of EE makes it tops on my list. For theme and entertainment, Splash Mountain is the most fun. Toy Story Mania comes in a close third, especially since I usually get high score and I’m competitive.

I’m having the same dilemma.

I might have to pick an answer out of a hat!

I’d like to take a moment and say that I really hate you for this poll. It was like forcing me to choose my favorite child and it was very uncomfortable.

forcing me to choose my favorite child

No…that one’s easy compared to this.

I am so torn between FOP and EE that I had to go back and see what I voted for on the AK poll, to avoid having to decide again

I have to abstain.

I have been to WDW and not ridden any of those rides.

I think my it’s-not-Disney-unless thing isn’t a ride.