Hello everyone! I’ll be sharing this forum post publicly in various places, so I’ll begin with a short intro below. But first, I’d like to start with some transparency: one of the main goals for this post is to raise awareness for Childhood Cancer and St Jude Children’s Hospital while I run the Wine and Dine 2-Course Challenge at Disney World. If the TouringPlans community would like this removed, I will respect that and do so. However, my plan is to give a live report during the actual races, which I don’t think has ever been done (correct me if I’m wrong, I’d love to see). I thought many of you might find it interesting.

For those of you coming to Touring Plans for the first time, you can create an account here: https://touringplans.com/walt-disney-world/join/basic. This will allow you to post comments below. Keep in mind that your “username” will be public.

Last year, my then-2-year-old son (DS2) defeated Cancer after four months of chemo and a major spinal surgery. One way I coped with the stress and grief was to start running. That was almost exactly a year ago. At about the same time, we started planning our big family trip to Walt Disney World (WDW) as a celebration of DS2’s Cancer recovery.

After looking at dates, we decided it would be great fun to go over Halloween. As it turns out, the Wine and Dine races are just a few days later. I decided that my big goal for running would be to run the 2-Course Challenge, which is a 10k (6.2 miles) on Saturday and half marathon (13.1 miles) on Sunday. We’ll be staying at the Boardwalk Inn, which is on the race course, so my whole family will easily be able to watch for me as they eat breakfast and cheer me on. Sounds perfect!

Soon after I started running, I knew it was going to become a major part of my life. Sounds odd, but I love it! I started thinking about how I could combine it with my passion for philanthropy and raising awareness to community and social issues.

When I was getting ready to register for the Wine and Dine races earlier this year, I learned that St Jude was a charity sponsor. It clicked: I would be a charity runner. I was so inspired by this thought that I signed up for the St Jude Heroes team that day, and I committed to raising $2,000 for St Jude. Thanks to my amazing network of family and friends, we reached that goal within 24 hours. Thank you all! 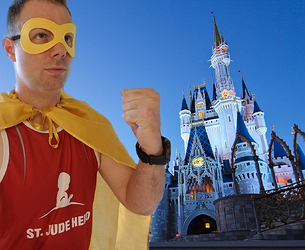 Finally, to the real point of this post. For a while now, I’ve had a unique idea to raise awareness for Childhood Cancer in general, and my fundraiser specifically: give a live report during the races. But trying to do a live report while running a race is not simple, so I’m making no promises that this will actually be “live”.

My plan is to post a picture at every mile marker, along with a short message. I’ve practiced doing this, and it takes me 30-60 seconds for each post. I plan to run about 9-10 minutes per mile. So, quite a burden, and it will slow me down quite a bit overall. But I think it will be fun! If it goes well, I will do something similar when I run the Dopey Challenge in January. That’s a 5k, 10k, half, and full marathon over four consecutive days. I told you I love running!

One issue with this live report will be whether I can get a strong enough cell signal for my phone throughout the race. If not, then I will just be less “live”.

PS - If you would like to learn more about me or follow my progress, you can do that at www.RunJordanRun.com or www.facebook.com/RunJR

Me and DW have been watching a new network that has St Jude commercials. We found out that they had a walk near us but we missed it, we are hoping next year to participate. I hope they let me use my ECV (aka Rouge One). I look forward to you posts and I am and have been relived that you son is doing better.

@JordanRunner I’ve run and raised money for multiple causes but none so important than children’s’ lives, so yours is so great. Your story and your family’s is so wonderful and inspiring. I’d love to have the opportunity to meet you during the weekend, or races. Please keep posting, you help us all keep in mind what is worth working for.

Thank you for your reply. It put me in a good mood this morning right when I needed it. I would love to meet up with you and other Liners as much as possible. However, our schedule is going to be hectic to say the least. I think the best chance will be immediately after the 10k (I’ll be heading towards MK around 730) or after the half (I’ll be heading back into Epcot, but no strict timeline).

We could also meet before in the Start area – maybe even corrals if we are in the same ones! – or I’ll look for you at the mile markers

I will PM you with some ideas when we get closer to race weekend.

Did a “dry run” 10k today. Conditions were obviously different than they will be next weekend, but my plan worked great. I posted something at each mile, even took a short break to check in for my SW flight tomorrow morning, and I still finished in 1:03. My normal time is around 1:00, so I’m only losing about 30 seconds per mile overall. I can live with that . This should be fun!

Not related to the Wine and Dine, but just had to share. My touring plans pretty much went out the window already, but there have been a few moments that have made everything worth it. 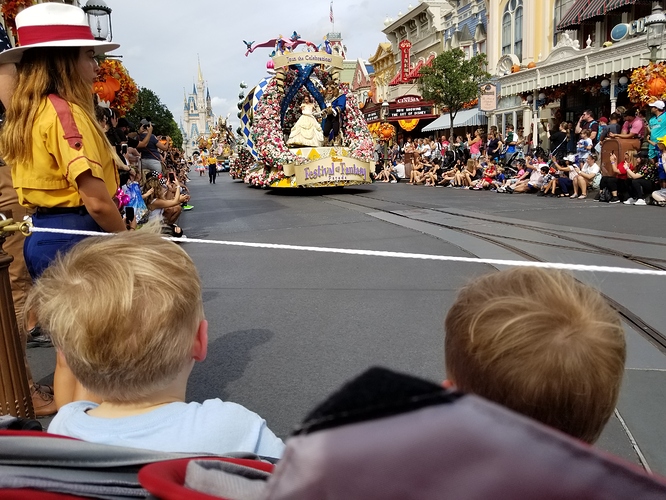 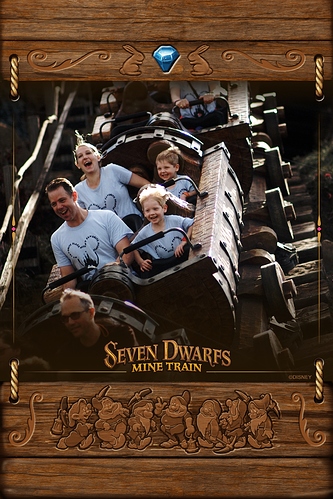 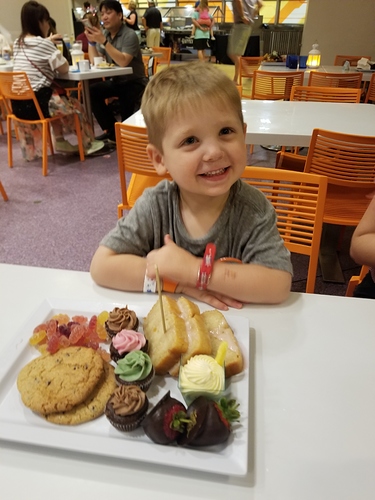 Arrived last minute to the fireworks but still managed to get a spot along the back railing. There was literally just enough room for us and the stroller. 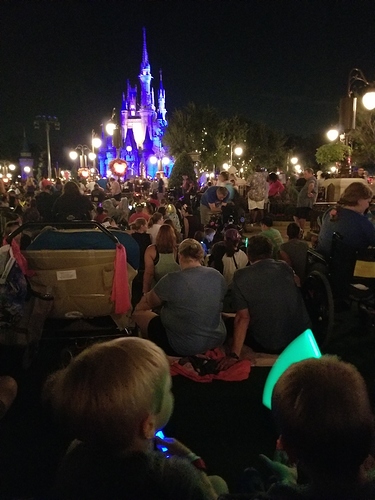 I don’t think I’ve ever seen a better 7DMT photo!!!

Just a reminder that tomorrow is the day! The 10k starts at 5:30AM Eastern, and the Half Marathon starts Sunday at the same time. Early, I know. Even if you don’t follow along live, you can still come check out the report later. This is going to be fun!

For my final training run last week, I decided to go to Medical City Children’s Hospital where my running journey really began. This is where DS2 was diagnosed with and treated for Cancer last year. Thank you to all of the amazing doctors, nurses, and staff at Medical City, you are like family to us! 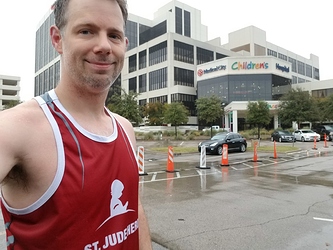 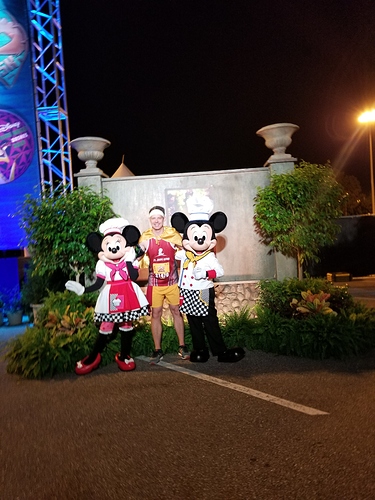 10K Starting Line. I started running a year ago because of my son’s battle with Cancer, so I am starting these races in honor of him. Carson continues to be an inspiration to everyone around him. He is exuberant and tenacious. He is a light in the darkness. Thank you God for giving him to us. St Jude Spotlight: A Dad’s Story 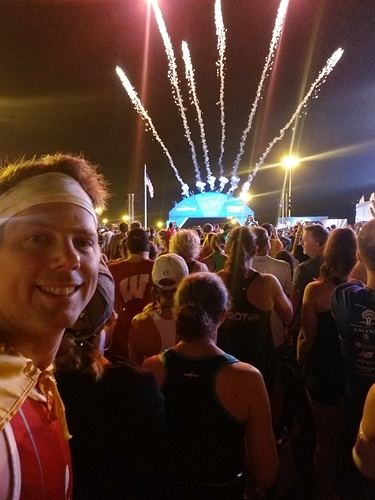 10k Mile 1. Sponsored by Bonnie and Louis in honor of all the people working to find ways to treat and cure childhood cancer – and to all those who experienced it. Thank you, Bonnie and Louis! St Jude Spotlight: Classes of 2019 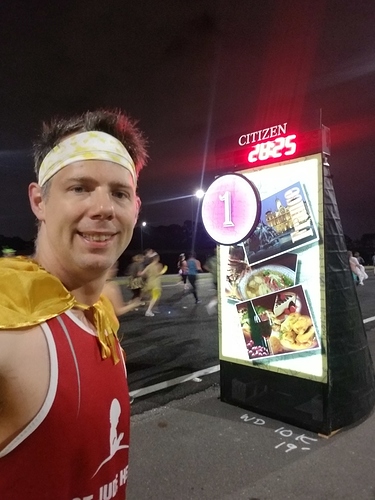 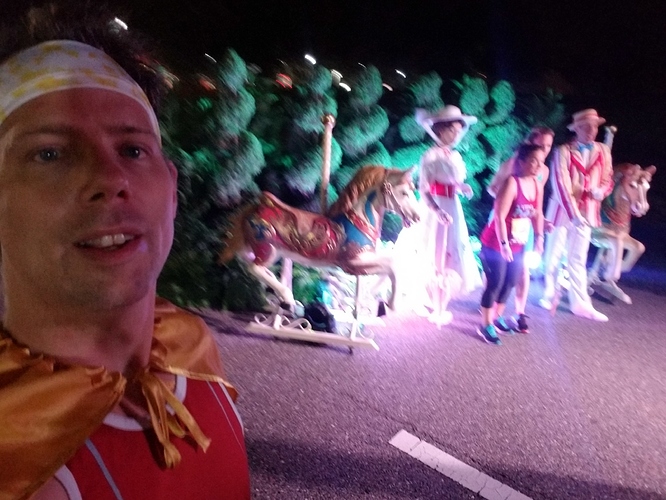 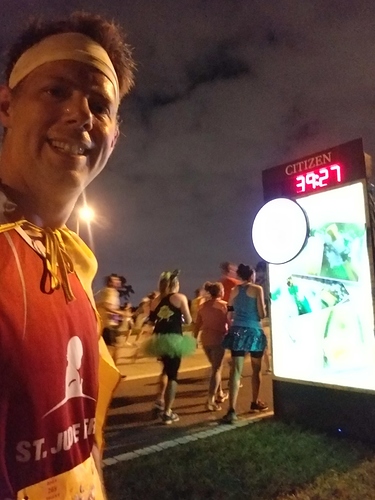 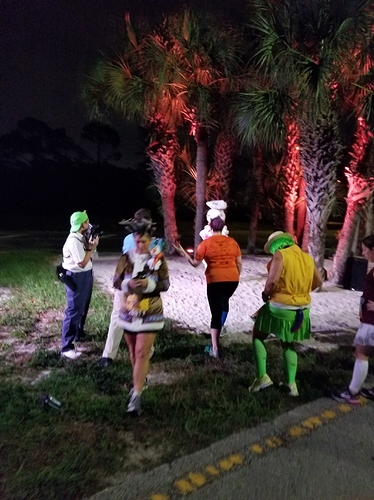 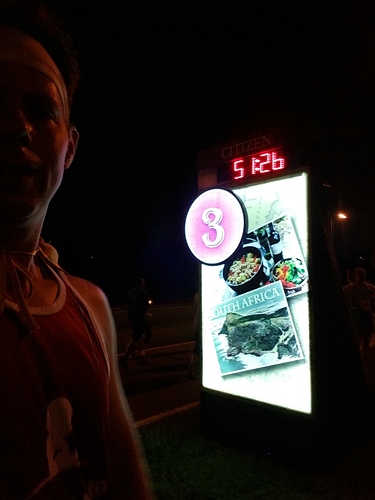 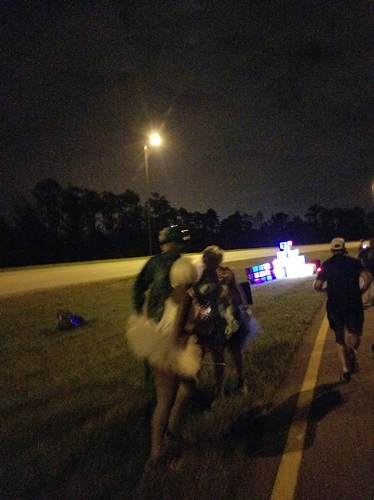 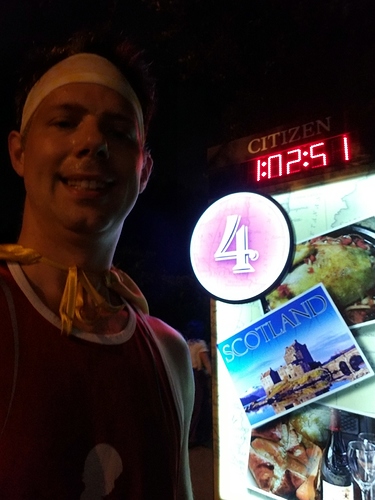 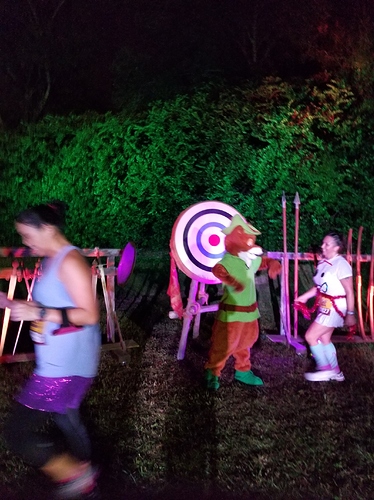 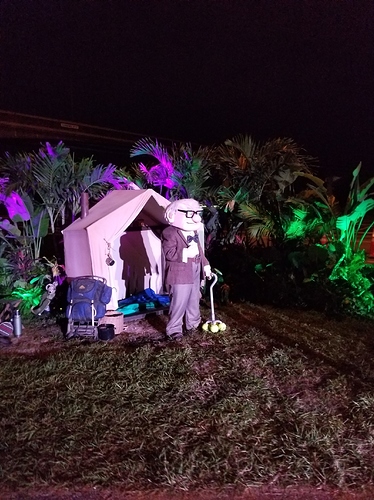 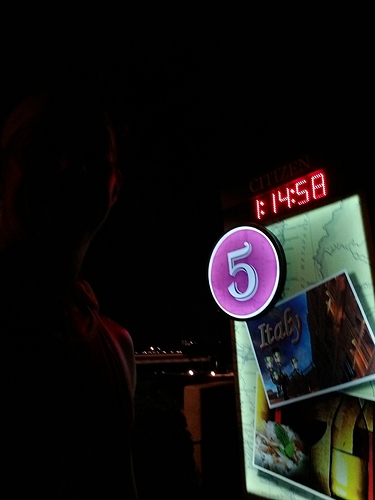 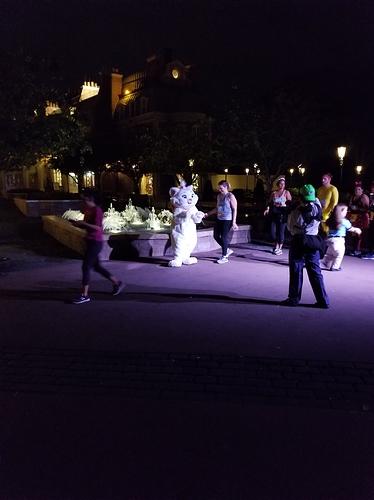 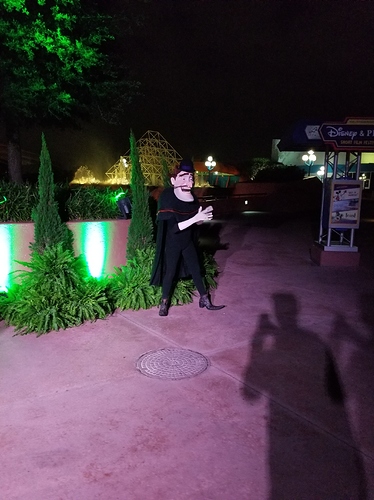 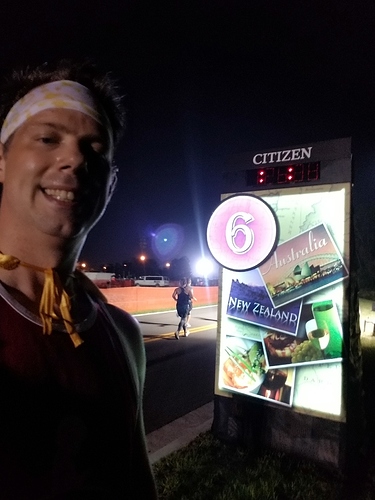 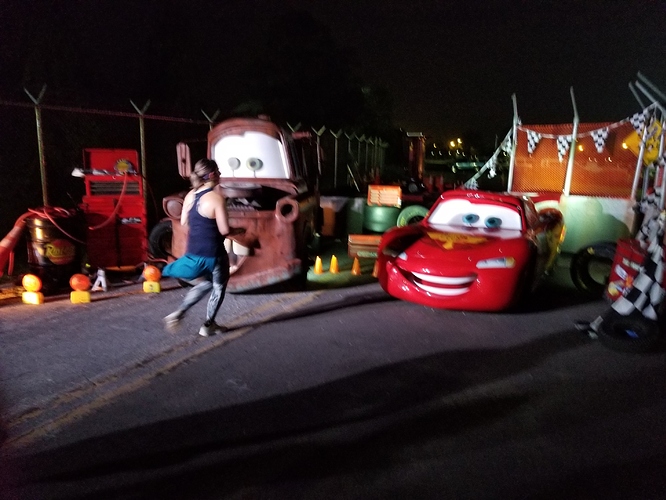 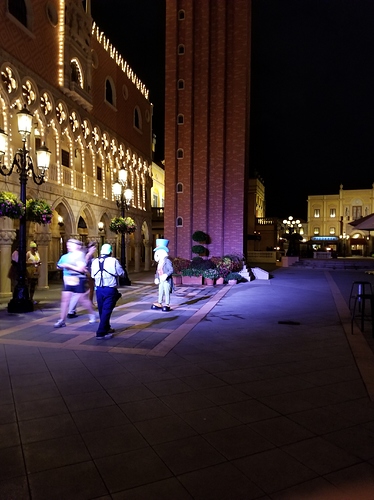 The 10k Medal. Sponsored by Gayle and Paul in honor of Carson and his medical teams. Thank you! When I was a boy, Paul was the Santa at our church’s annual Pancakes with Santa event. I thought he was the real Santa. He played the part perfectly. With the Christmas season coming up, I’d like all of you to think about being the Santa for the kids at St Jude. St Jude Spotlight: Gifts of Donation Shop 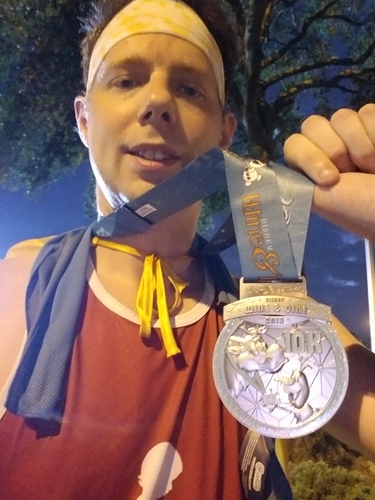 For some reason my finish line photo didn’t take. Fail…