All this has happened before

…and all of this will happen again. But this time, it happened during a pandemic. In a town called Bay Lake, in a place called Walt Disney World.

[not much of a] Surprise! [LIVE!] Trip report time!

Before we begin, let’s address the elephant in the room:

Numba 2: The traveling for a vacation during a pandemic. I kept this trip because I have little to no ability to infect anyone else and I would also lose roughly 100 DVC points if I didn’t go. With these aspects in mind, along with Disney’s efforts and strict enforcement of safety protocols, I felt it was safe enough for me to go. It doesn’t mean I look down on anyone wise enough to realize Disney will be there after this is done and wait a bit longer, quite the opposite. If it wasn’t for the DVC point loss, I’d have cancelled the trip.

There’ll be no more talk about it from here on.

On with the report. 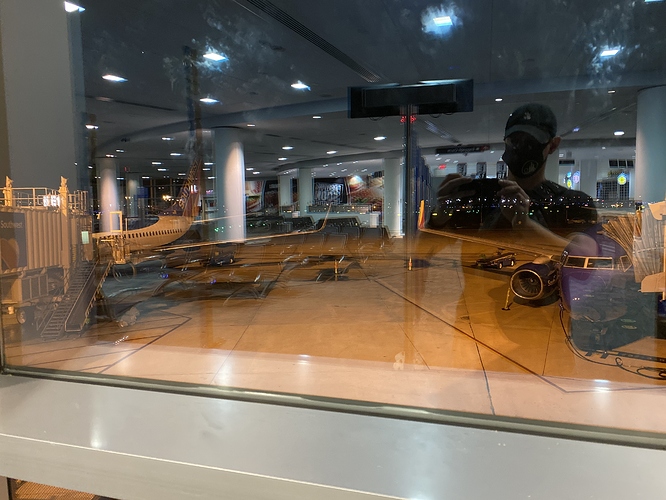 So clearly this is going to be a different report from normal (which is becoming a cliche catchphrase at this point). 1000x updates a day? Probably not. 10 gazillion steps a day? Hopefully. Updates going into long hours of the night? Unlikely with these park hours. Changing parks/locations at head spinning speeds? Ugh, if only. Tons of eating? …well… let’s not get stupid. There’s still work to be done and the F&W Festival is still happening, after all.

Oh! And we have a new feature for this report: achievements! Inspired by the forum, disney play, and every video game platform out there these days, we gots those little badges you get for doing something. We all have goals to hit during a vacation. Now, for this report, they come with a visual representation.

Oh hey look, I already got one! (Yuuussss!)

Oh, I should mention some of them might be a tad snarky. heh. They’re custom, so don’t expect to see these outside the report.

These achievements will appear up as we continue on with the vacation. There’s a good amount of them, and I’m hoping to earn (almost) all of them. Some are tied to rides, others to activities, and some (shock of shocks) to food.

Why do we have achievements? Well, I found myself with some time on my hands before the trip and figured they’d be a fun addition (or a really really bad idea. We’ll see.

One thing that is going to have to happen is me slowing down majorly on this trip. I’m already getting fidgety about participating in a recurring “1P1D Challenge.” I’ve brought along my trusty iPad, so in case I get too bored, I can hunker down somewhere and do some digital painting. Which actually sounds pretty fun, hopping into one of the beautiful lobbies and killin’ some time, but will likely make for some lame updates for a report.

Anywho, this is all just speculation at this point. We’ll see how it actually goes. Once the inner child gets the controls(and he kinda runs the place), who knows what will actually happen.

So kick your feet up, crank up some disney music, and…

C’mon everybody, here we gooooooo! (ok, I mean it this time, LAST ONE!)

Good luck on your 1P1D challenge! I believe you can do it

I can hunker down somewhere and do some digital painting.

Sounds super fun! One of my favorite things is to read from pretty places. I would be perfectly happy spending a week just circling world showcase, spending one hour in every pavilion just me and my Kindle

Ever wanted to see a completely empty airport?

Me neither, but here it is anyway: 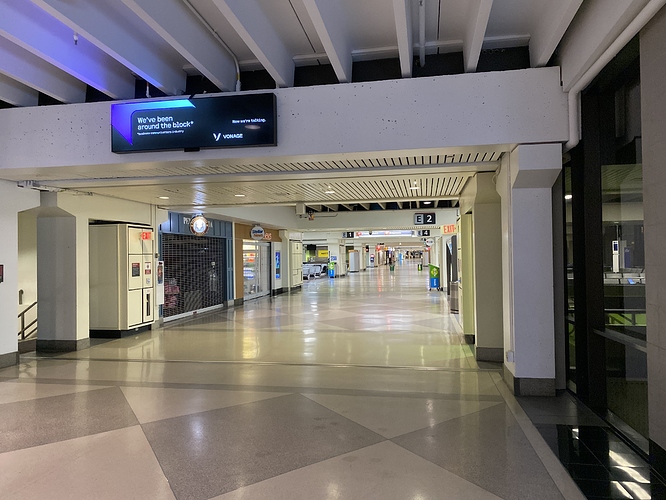 Interesting(well, to me) travel to the airport this morning. Stopped in at wawa to get my customary coffee, and learned the started doing the pumpkin spice (yessssa). Which was a nice surprise.

But then an unwelcome surprise as there was apparently a horrible accident on the highway to the airport, shutting down all lanes. My gps kept trying to take me a different route, but it never told me why, so I was ignoring it.

For a moment, there was a real fear I was going to miss my flight. Thankfully, the traffic backup was juuust before an exit.l, so I was able to jump off and get a nice tour of philly for a bit this morning.

Then I get to the shuttle place only to be left waiting there for some reason. It took a call to the place to finally get a shuttle. And even then, the driver could not have been less interested in his job. I’m usually greeted, and then asked what airline I’m flying out on. Not this time. Silence. The whole way. Yeesh.

Couple that with the commute in? Yeah, I’d prefer a far less thrilling travel day, thanks.

I don’t know why, but whenever I find myself in an empty airport, I get a very strong out-of-this-world feeling. As if I am in a video game, or parallel dimension. An uncanny valley.

Though we should be boarding, and yet… 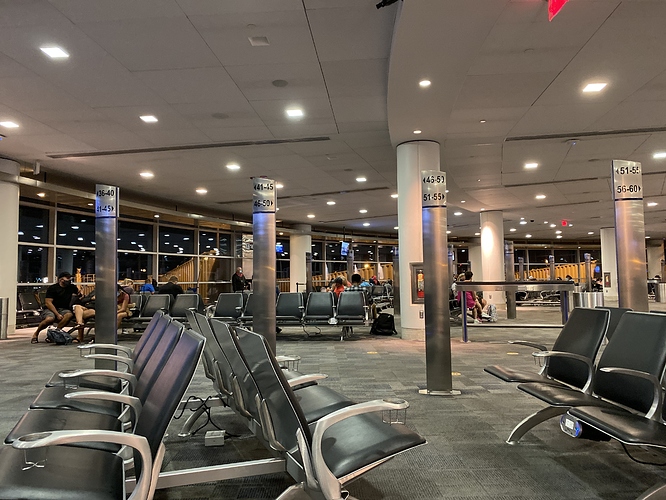 Edit: Hah. Soon as I posted, they started.

Wooo all boarded and in row 2 niiiiiice. (Not that it really matters this time cause i need to wait for checked baggage.

Safe travels and have a great trip @Randall1028.

Have a great trip! We will be following along!

Love the badges… .and you’re not alone at the airport TOO early in the morning. Well a different airport but same destination. @FindMeAFishingSpot is on the way too: We’re doing this! Dueling Reports LOL. That could be a badge?

Or I could’ve instead made 8+ threads detailing the changes of the wind or something else that alters just as frequently. But…who would do that?

My limited bladder capacity haunts me every night. I tend to check my phone (bad habit) and then go back to sleep until a normal hour (good habit)!

I was able to jump off and get a nice tour of philly for a bit this morning.

Nice side diversion? Glad you made it!

I can’t wait to see what you eat on this trip!

Amazing thing to wake up to! Have a great time!!!