This is a question born of technological curiosity more than info I need to know, but I’ve been wondering.

Background
Last week we made it to MK one day nice and early for RD, and our family of 4 scored a place behind a family of 3 at the tapstiles. Everyone’s waiting, time slows down. Birds hang in mid-air and mid wing-flap. Mice linger on steam locomotives in the near distance. A secret signal is given and a faint glow can be seen all around. The tapstiles are open and… the first two people’s magic bands in our line immediately hang up both tapstiles.

Our line gasps in unison.

HORROR
CM tells the people to stand there and wait since “there’s a problem.” She holds up her hand, ostensibly signaling for some form of help from greater Disney powers than herself, but in reality holds her hand just high enough to make it look like she’s scratching her ear. A minute goes by - she doesn’t change tactic.

We stare in horror as person after person after person streams through the tapstiles on either side. I break into a cold sweat. Another minute goes by - she is still standing there, hand now down, and staring at her own smartphone. Two managerial-looking CMs stand 20 yards back, but no indication they know what is going on.

I scan the skies for Tinkerbell.
I actively lock down my NY swearing mechanisms.

Fight or Flight Kicks In
My wife asks the CM if they shouldn’t be shunting us to another tapstile line. The CM tells us we can change tapstiles, but would have to get on the end of the now 30+ person deep lines. We look back and waves of humanity are streaming from the ferries, the monorails, the buses, and drop from trees.

The inner MK entrance arches are now covered by people stretching for their walk-sprint to 7DMT and A&E. One man appears to have applied flubber to his sneakers and bounces high enough to graze the overhang.

Cold sweat begins turning to steaming ears. I wonder to myself if the walk-through backwards trick might confuse the CMs and work. My daughter stands there in stunned silence, her pink Mickey ears askew. My son is concerned enough to cease taking selfies with our old camera.

Denouement
Then, I hear music. Beautiful music. In a cloud of pixie dust the CM at the tapstile next to ours takes her smartphone, reaches across the chasm that stands between our stagnant hell and her flowing line of Disney love, and taps it gently and quickly to one of the pair of tapstiles where The Unfortunates are waiting to be dealt with.

Our line’s CM still stands there staring at her phone. Her arm is long down at her side, though no help has come. She seems nice, but for that instant I imagine gleefully tying a flock of Mickey balloons around her and watching her fly away over the MK and beyond.

The magically touched tapstile, and only that tapstile clears. My family taps, and glorious green swirling circles fill our vision like a welcoming warm breeze.

The sun feels warm. Someone whisper-sings “There’s a great big beautiful tomorrow” in my ear. All is good. I can almost taste the Dole Whips and Macaroni and Cheese Bacon Burger in a cup things. A Peter Pan flying ship awaits.

Actual Inquiry
So, my question is: what was up with the CM tap-fix, and why did that not occur immediately and on both tapstiles? I understand some CMs have better skills than others, but that seemed like a pretty odd way to handle things. Has anyone seen this problem handled in a different way?

While annoying at any time, at RD, whoo-wee.
(Especially after we missed the previous MK day’s RD because 3 Downtown Disney, 2 AK, and 1 HS buses arrived at our CBR bus stop before any MK buses, even though we got there at 7:55AM.)

what was up with the CM tap-fix

I would guess that they have an NFC enabled app on their devices that has the ability to possibly send some sort of reset signal to the tapstile, and that either your cm didn’t know how to do that or couldn’t get the app to connect and/or function properly to do it. Glad you made it in though.

Macaroni and Cheese Bacon Burger in a cup

I have no answers, but I must applaud your thread. You are awesome.

Friar’s Nook in Fantasyland has the macaroni and cheese joy in a cup.

We didn’t realize it was all in a cup - thought we were ordering regular bacon burgers, with a side of mac and cheese. My 11yo son realized this at the register and started to get very annoyed - then once he took a bite of it at the table, pronounced it was the best thing he had to eat all week!

Be warned: there is very little seating at Friar’s Nook. We were super lucky to be spying a place to sit when a couple leaving a table waved us over.

I think you’re probably right with the NFC idea. I, for one, would pay Disney for a technical tour of their IT systems et al. Would be neat.

This is a brilliant read. Love it.

You should ask @LaurelStewart for a title. I’d love to see what she comes up with for you after reading this.

Hmm, I’ve been more on TP chat than here on the forums… title? Like a nickname?

It goes next to your name. Mine is Bridge Builder.

I LOVED THIS!!! Absolutely fantastic @JJT!

Welcome to the dark side lol… we don’t actually bite. Glad to see you around.

what was up with the CM tap-fix

Someone was watching Happy Days on TVLand…http://digilander.libero.it/happydays/foto_my_seeburg/seeburg%20hf100g%206.JPG 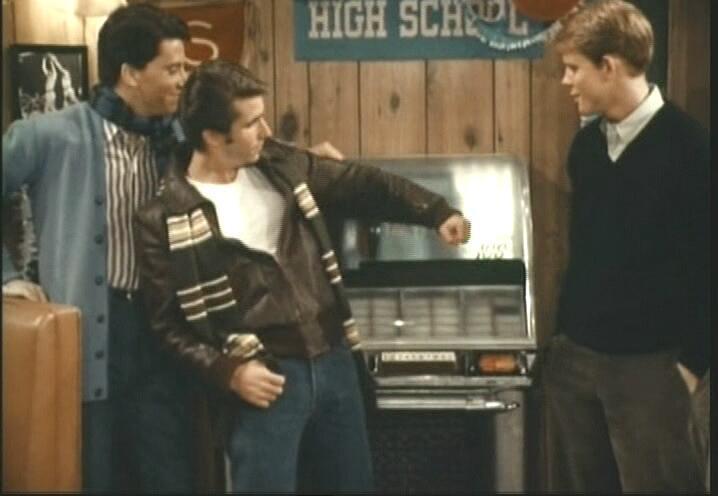 This is a riot @JJT. My palms started getting sweaty just reading it!

Yeah no clue why’how this happened, but please post more – you are freaking hilarious!

@LaurelStewart, I know I’m always bugging you for this but may I nominate @JJT for a thingy by her name? Please please please pretty please with a mickey sundae on top?

Thanks! But you should know that @JJT (me) is a him.

Hey - just looked up and see that I am now “Homeric Author” - I am gratified. and apparently epic.

Sorry about that! Dangers of internet aliases @JJT!

You are a brilliant writer!