Our party was three women—my sister, my daughter, and myself. 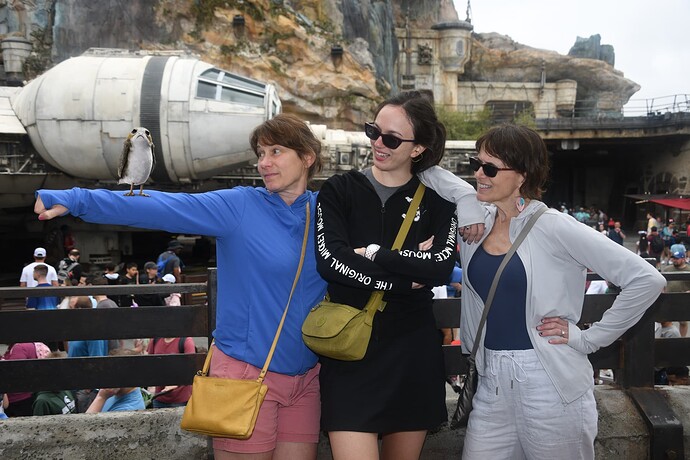 I doubt you’re interested in the blow-by-blow of our itinerary, but here’s my spiffy schedule spreadsheet anyway: 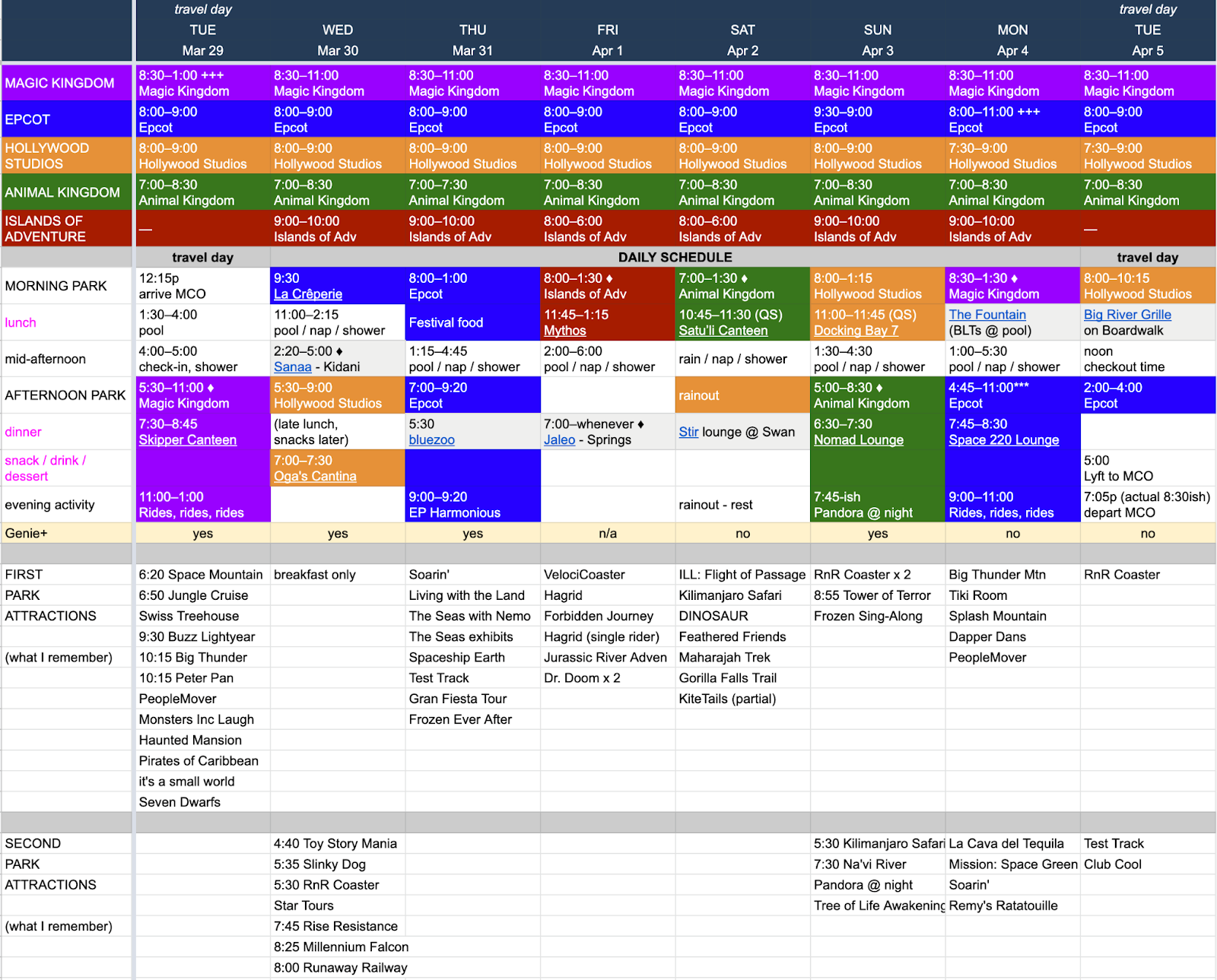 Nice hotel, beautiful pool complex, great location. Service was lackluster, but maybe that’s true across the board these days. (I’ve stayed at only one other hotel during the pandemic—Hotel Monteleone in New Orleans, May 2021—and it was a pleasure.) On the plus side, we got an Epcot view, with fireworks, that we didn’t pay extra for (at least, I hadn’t agreed to pay more for it—haven’t seen the bill yet). 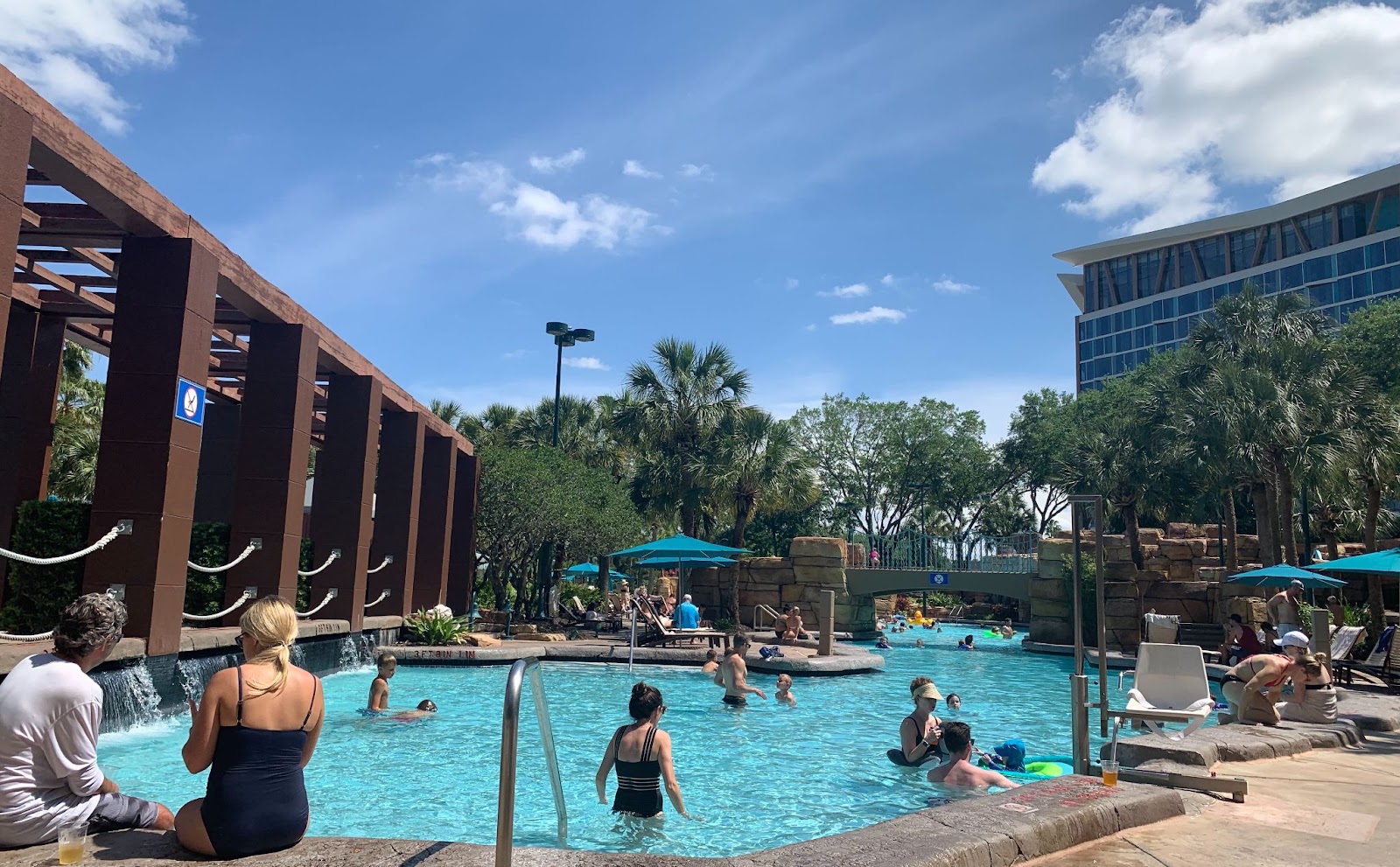 Hagrid, Hagrid, Hagrid. The best ride in either Disney or Universal, and my favorite ride ever. For all three of us, it was our first time, and we all absolutely loved it. We waited in our longest line of the trip (over an hour) and then rode again later via single rider (maybe a 35-minute wait). We would have done a third if we’d had more time. I don’t think I can visit Orlando again without riding it. I wish there were a separate admission fee just for Hagrid; I’d easily pay $100 to ride it three times.

Soarin’. I rode this on my 2006 WDW visit, but I don’t remember it being as wonderful as I found it this time. Maybe it was just a matter of expectations-setting. On this trip we rode it twice, on two different days, and it was just delightful both times. Definitely in my top 5 WDW rides.

Pandora at night. Do not miss this. Plan vacation dates around this. It’s spectacular. I recommend arriving in the land before dark and watching the lights and bioluminescence slowly reveal. Magical.

Kheer at Sanaa. This dessert—coconut rice pudding with cashew streusel and saffron-poached fruit—was on another level. The hostess had highly recommended it (she doesn’t even like rice pudding or coconut) or I wouldn’t have ordered it. I now regret not eating every single molecule of it—the portion was generous, and I was full from my meal, but I should have forced myself. (My lunch companions weren’t as blown away as I was, so maybe I’m overselling this.)

Our waiter at La Cava. I’m sorry to say I didn’t write down his name. We think it was something like Barbes. The bar was super busy but he took time to chat with us and made us feel special. He brought a small bowl of crispy-fried crickets with our drinks, and of course my daughter tried one, and of course neither I nor my sister would. Then Barbes(?) stopped by again and asked how we liked the crickets, and my sister informed him that there was no way on god’s green earth she was eating a cricket. B offered to pay our tab if Sis would eat one (we’d already offered her 50 bucks) but no dice. He was so enthusiastic and adorable I ate a cricket for him (no strings attached).

Weather. We had mostly lovely, warm, breezy days. Our Islands of Adventure day threatened to be a wash-out, but the rain never really materialized. There was one rained-out afternoon and night that didn’t spoil any critical plans, and our last full day, at Epcot, was fairly hot and humid (by my standards, not Florida’s). But overall, we were pretty lucky. Great pool weather.

Dolphin pool slide. It’s basically a wide corkscrew and doesn’t look like much (in fact, most of it is hidden from the outside view by sculptured rock) but it’s really fast and fun. More fun than most of the park rides we rode. 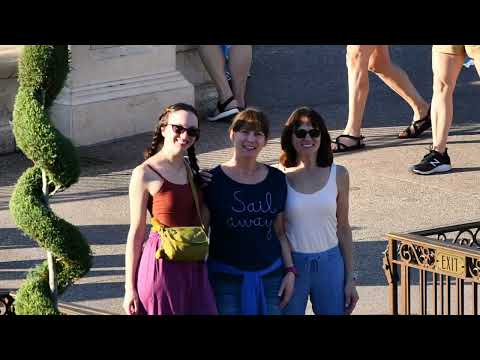 WHAT I REALIZED ON MY THIRD PARK DAY

I didn’t need to keep bringing up the Disney MagicMobile Pass on my Apple Watch (double-click to open wallet, scroll scroll scroll to the Disney pass) every time I tapped in to a park or LL. Just had to hold the watch face to the scanner like a Magic Band. D’oh.

What can I say, I liked it. I have no history with Fast Pass Plus so there’s that. Genie Plus beats the old paper Fast Pass where you’re running around the park like a maniac collecting tickets. And it beats waiting in line.

Not that it doesn’t need lots of improvement. The app is a complicated mess—needs a serious UI overhaul. We need to be able to choose from at least a few LL return times spread throughout the day, not just the next one available—and the time we choose needs to be saved for at least a minute while we finish booking.

I think the $15 price tag is fair. For savvy Liners, it’s even a bargain.

We used Genie Plus for 4 out of our 7 park days, and didn’t regret it, even on the day when we got only 3 LL’s.

We were very successful at getting bookings for the two big Genie kahunas, MK and HS. Below are the LL’s I noted in my Touring Plan; it’s possible I missed recording one or two. I was fairly on top of the bookings, but didn’t need to sweat too hard to get these. The March 29 bookings were slightly hampered by not having wifi on our flight that day.

We also used Genie on a full day at Epcot to decent effect, but I didn’t record which rides (Test Track was definitely one), and to lesser effect on our HS-to-AK park-hop day.

NEW-TO-ME RIDES THAT I FOUND OVERRATED

(I would ride all these again, but not more than once per trip.)

PLEASANTLY SUPRISED BY HOW MUCH I LIKED THIS RIDE 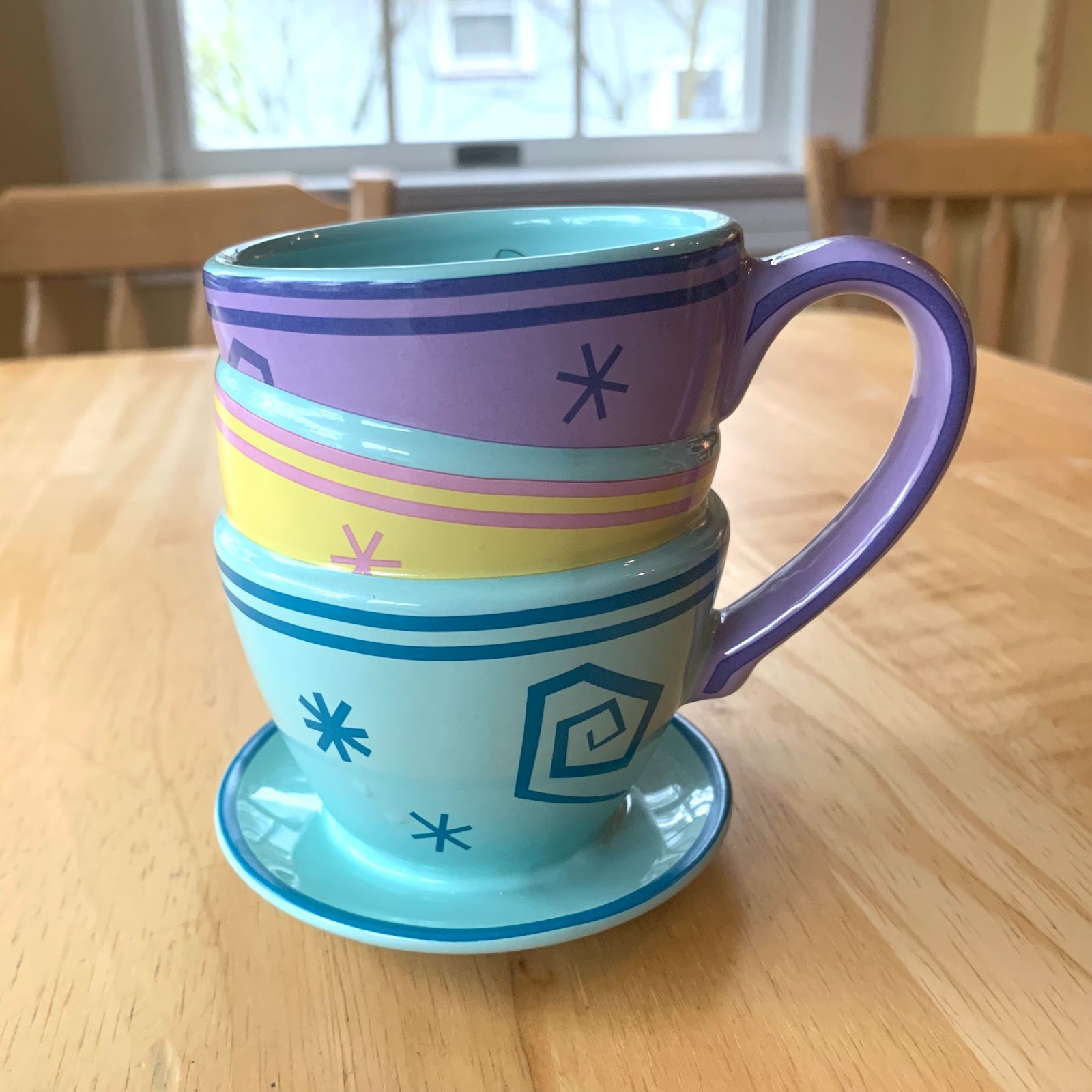 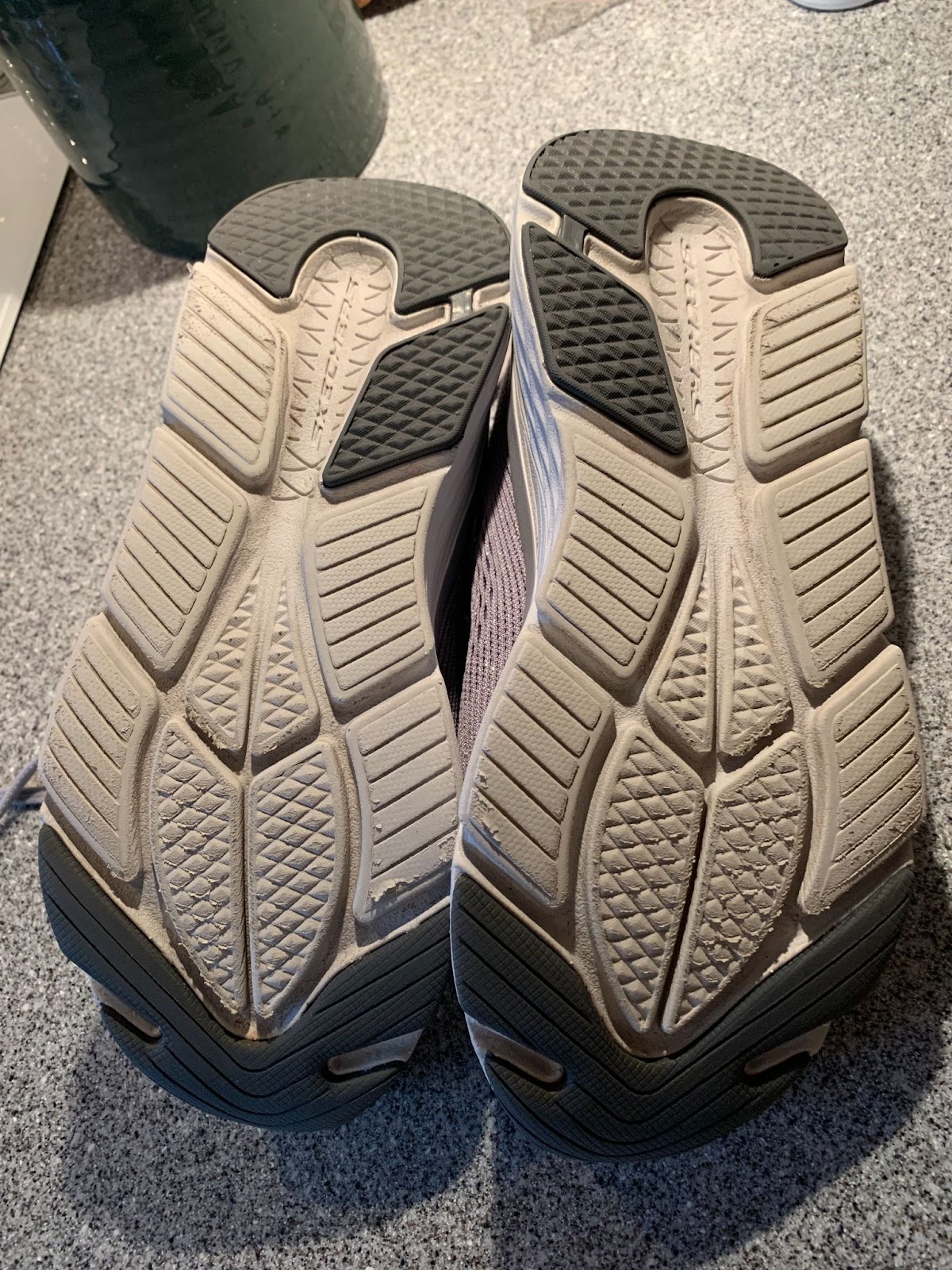 AND A WORD OF THANKS

I really, really appreciate all the help I got from you Liners here in the Forum and in Chat. Wouldn’t have had nearly as much fun without all your tips and recommendations.

The crickets at La Cava are … interesting. They taste like, well, like the seasoning in the old Campbell’s chicken noodle soup packets. The trick is to absolutely, under no circumstances, actually look at them before you eat them. Everything in your brain will tell you not to eat the little bugs with the hairy legs. That’s hard to overcome. Maybe next time, with enough tequila.

The trick is to absolutely, under no circumstances, actually look at them before you eat them

Oh, I liked it, I just didn’t love it. Expectations are everything!

ETA: And I meant that shoutout to you as a gentle poke.

It’s not your job to set my expectations properly!

Loved the structure of your trip report!!

Thanks for sharing your tips.

I love everything about your trip report (except your underwhelmed response to RotR … but we all have our unique tastes.

) Your multiple rides on Hagrid and RNRC speak to my soul.

Also glad Genie+ worked well for you. That HS lineup is dynamite! Can’t believe you got four of the biggest Genie+ attractions in one day.

Sounds like a great time. I can’t believe you went 16(?) years between visits to WDW! But glad you came back. Do you have another trip in the books yet? Maybe when Tron is open?

Edited my original post to add an important Lowlight: the missing of Expedition Everest, my fave Disney ride.

That HS lineup is dynamite! Can’t believe you got four of the biggest Genie+ attractions in one day.

Wasn’t it five? Or is one of those considered a lesser attraction?

The only thing we couldn’t get that day was Tower of Terror. We rode it a different day, but would’ve liked to have done it twice. (I’m greedy.)

I can’t believe you went 16(?) years between visits to WDW! But glad you came back. Do you have another trip in the books yet? Maybe when Tron is open?

My problem is not enough Disney World aficionados in my life to go as frequently as I might like. And I don’t think I’m the solo-trip type.

It won’t be 16 years till the next one, though.

And I don’t think I’m the solo-trip type.

need to know… is the coconut flavor strong? i’ve seen this on the menu and like everything about it—except coconut. this is the first time someone has mentioned it in a trip report.

and thanks for sharing your trip!

I consider TSM next after the top 5. So maybe I should have put it, “4 of the top 5 Genie+ attractions.”

Love the trip report and I loved that dessert at Sanaa too. Definitely not overreacting.

We did ride VelociCoaster! (Well, 2/3 of us did—my daughter chickened out.)

Again, expectations were the enemy. From what I’d heard, I thought it would be the funnest roller coaster of my life. It wasn’t even in the top 5. I really just like gravity coasters. The metal monsters don’t do it for me—they don’t have the same swoosh factor.

No joke! I’m keeping tabs on those Touring Plans trips.

is the coconut flavor strong?

I don’t think it’s overpoweringly strong, but I love coconut so I don’t know how to answer this. Maybe the kitchen would send out a spoonful for you to taste before ordering?

(And remember, the hostess loves it and she doesn’t like coconut.)

Love that teacup mug! My husband has seen it twice and wanted to buy it but always talks himself out of it. I think I’ll buy it on my next trip.