This last weekend I was where there was internet and Disney +.

Watched Love and Thunder Saturday. Loved it. My sister said it’s like they couldn’t decide if they wanted a funny movie or a serious one.

I thought life is like that why not a movie. I didn’t expect to like Jane Foster - or whatever her name is

- in this movie but I did. I hope to be able to watch this several times more. At only first time thru, I can’t recall any parts I didn’t like.

Sunday afternoon we watched Multiverse of Madness. Wow. So many things. I didn’t mind Scarlet Witch in this at all and actually feel she wound up a hero. Still continue to be

about Stephen Strange. Go Wong! Too many questions about America. And many things I can’t recall now. I’d probably watch it again if it wasn’t any effort.

Blurs for Love and Thunder.

or whatever her name is

DH & I just watched today’s episode of She-Hulk: Attorney at Law. That’s #5 of nine episodes. I’m very disappointed in this latest episode. I sure hope they get better. I was really hoping that some of the foreshadowing from an earlier episode (where a thug tried to get a sample of her blood for his boss) would start kicking this series into a higher gear with a meatier plot. But, nope. Not today. Today’s plot seemed to be something that could have been in a sit-com aimed at a teen/young adult audience of fashionistas. Oops, I think that turned into a rant. Maybe this one felt so out of place because it has a different director and writer. And to cap it off, there was NO mid-credits scene!

I busted a gut at Jane Fonda

Thanks for not disappointing!

Only just noticed that the trailer for Secret Invasion is on D+.
It looks AMAZING!!! Can’t wait!!

Phew. I haven’t checked in here or read anything since Thor:L&T came out because I didn’t want to miss any comments.

I’m so happy to have caught up! Also happy for my low expectations. Thor, Ms Marvel, and she-hulk all have had mediocre reviews.

Just watched L&T tonight. Brett Goldstein as Hercules was the highlight for me

love Roy Kent in Ted Lasso so much. I also loved it so much more when I found out that CH’s daughter played the God Butcher’s daughter. The Loki tattoos were so sweet

I loved all the art of the shadow monsters. Some of the scenes reminded me of Sin City with how they used black and white. It was very creative and artsy and I’m sure some people hated it, but that wasn’t me. I could NOT figure out if it was CH playing theatrical Thor or not, so I had to look it up and had an “Ah!” moment when I realized it was his brother. Idk, the movie was just fun. Not as fun as Ragnarok, but still fun. The very beginning with his daughter dying really got me right out the gate. I did not expect that. It made me really sad and helped me get into the story right away.

Ms Marvel was great! Target audience was clearly teens, but I loved that for this show. All the social commentary on cell phone usage was fun. I really enjoy Bruno, even though I now officially can’t keep all the Disney Brunos straight.

And we’ve been surprisingly enjoying She-Hulk. Especially the breaking of the 4th wall. It’s totally hitting right on the things Twitter would inevitably complain about, which I find hilarious. I agree though, with this last episode, that it was a bummer they didn’t expand on the plot to get some of her blood. Or maybe they did just not clearly for us to see it until later

I have really liked Ms Marvel - a lot. She-Hulk is just OK for me, but Love & Thunder? Oy.

I’m unsure how you feel here.

Somewhere upthread are my reactions right after seeing the movie when it came out.

OK, we just came back from seeing Love and Thunder. Now it’s my turn to blur away. . See, you’re not the only people who have blur-worthy things to say.

Yes I do recall your scathing review

To be fair, I might too.
When we first saw The Sixth Sense in the cinema, about ten minu

Regarding Love and Thunder I did completely forget who was playing Hela while watching the Asgard as cheesy tourist spot part.
I was actually trying hard to recall who was playing Odin so Hela was great. "Oh! I remember this! Made it so much better.

DH and I finally watched Thor: Love and Thunder. It was OK. I’m glad I’d read all of the comments about it in this thread, so I could lower my expectations accordingly. I see what everyone meant about the level of humor, quantity, and placement. I don’t have strong enough feelings to go into depth about the film, but I can see the points of those long blurred posts cited above. We did enjoy the Guns N’ Roses songs (our kind of music). I’m glad we waited for it to be on Disney+. Tonight happened to finally be a time when there was no live college or NFL football games to watch, nor anything else we wanted to watch. DH was finally up for watching it.

Thank goodness I can look forward to a new She-Hulk: Attorney at Law tomorrow morning.

So you’re saying not as enjoyable as Ragnarok?

Or perhaps a better question: what’s your best Thor movie?

Tough questions! I’ve only seen Ragnarok once, nearly 5 years ago, and don’t recall what I thought of it. Maybe I currently feel Ragnarok was a bit more serious in terms of so many key Asgardians dying, Thor losing an eye, and the destruction of Asgard.

Naming a favorite Thor movie is tough, mainly because it’s been quite a while since I’ve seen the others. It sounds like I need to rewatch them, as well as many other MCU movies that I’ve only seen once. In our household, Ironman 1 (also 2 to a lesser extent) and Guardians of the Galaxy 1 got watched several times. We’ve also watched Deadpool 1 several times (I know, it’s Marvel, but not quite MCU).

You should rewatch them!

We’re less Ironman/Avengers and more either Spidey or those weirdos (Ant-man, Guardians) depending on who you talk to.

I just watched today’s episode of She-Hulk: Attorney at Law. It was fun, and they are now finally making obvious connections to earlier doings that had only hinted at trouble for She-Hulk. Looking back at what I said last week, I now understand how that one leads up to some of today’s show. I enjoy watching the character of Nikki Ramos. She has a great fashion sense (but definitely not something I’d wear), and she’s showing more of her legal savvy. Still no mid-credits scene. Only 3 episodes left!

This just MADE MY DAY!!! 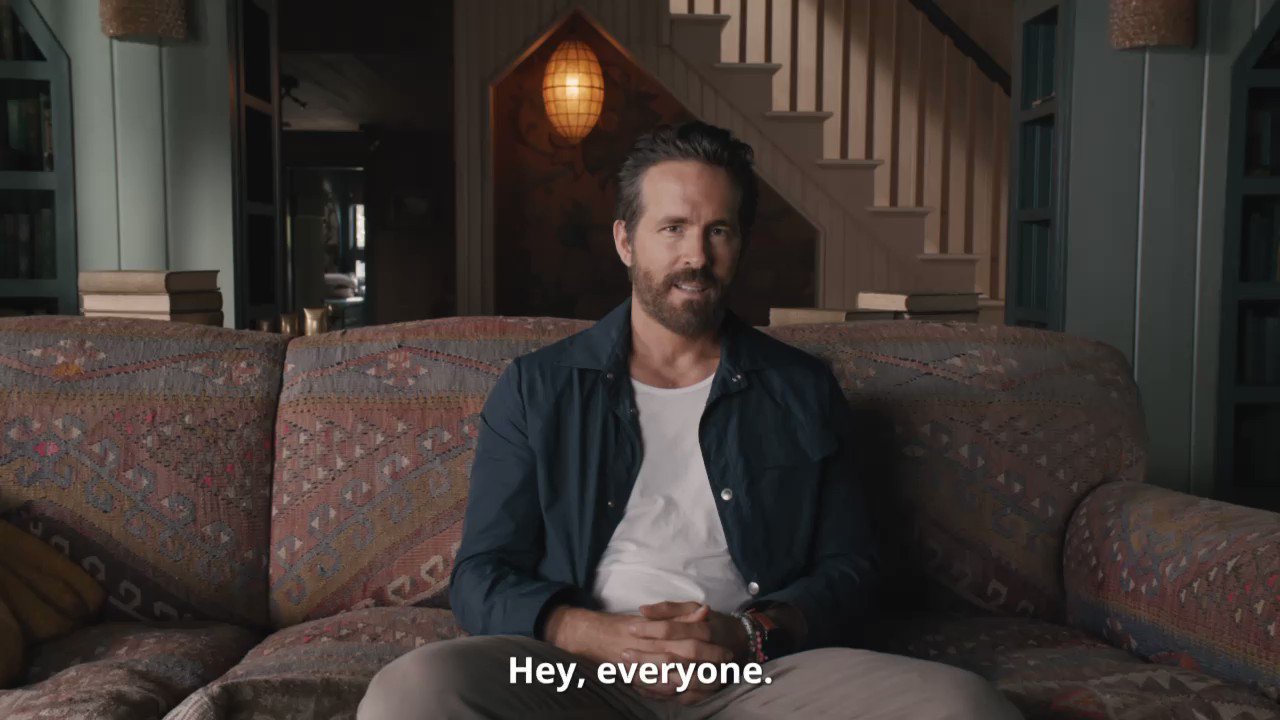 My jaw literally hit the floor when I watched it. I’m so excited.

Guess ima have to watch those movies after all