Starting this thread early bc this 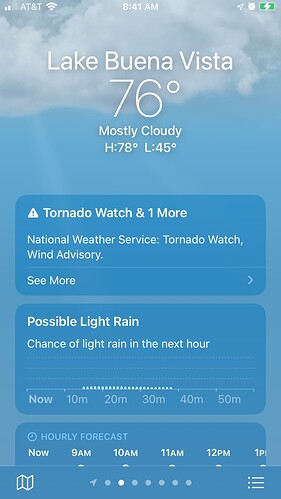 How do I tag the universal side too?

ETA: Hurrican season runs June 1st to Nov 30th although, experts want to back up the start to May 1st. 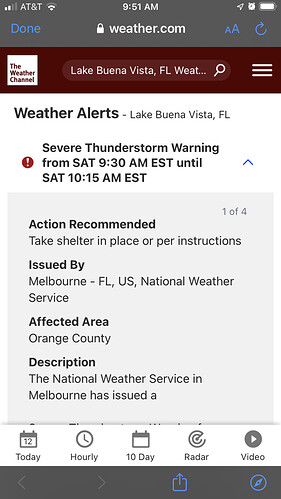 What a week of weather there! All that flooding rain and now tornado watch. At my house we had 60° F yesterday and 5 inches of snow with wind chills below 0 today 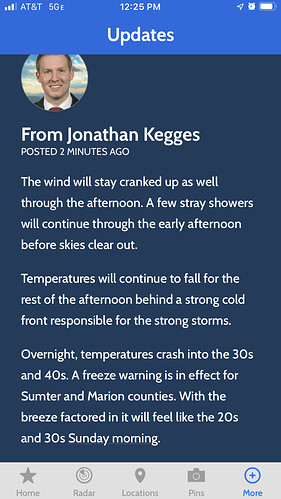 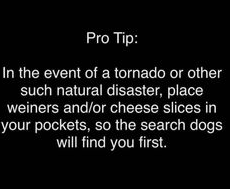 We’re just leaving Orlando and it has been A WEEK for weather! We’ve gotten drenched twice and avoided incredible downpours at least three other times. My older son had his heart set on AK today to finish Wilderness Explorers and we were extremely hesitant - grey skies, the wind rattling the bamboo was extremely ominous, and the aforementioned tornado warning! Luckily we arrived at the Conservation Station just in time, it was an extremely pleasant place to ride out the downpour! But then it chilled down enough that it was a relief to put on my jeans and hoodie for the trip home. Florida can be dangerous in many ways, but from mid-April to early May, health officials warn people in the state to avoid touching a fuzzy caterpillar.

The white-marked tussock moth caterpillar can cause skin irritation if touched. It has been reported to be issues at Florida day-care centers and elementary schools in the state in the past, according to a report from Donald W. Hall and Lyle Buss with the Entomology and Nematology Department at the University of Florida. Touching the cocoons can cause irritation as well.

It’s one of three tussock moth species found in Florida, with the most common being the fir tussock moth caterpillar, which can most often be either dark gray or light gray to light yellow in color. Fir tussock moth caterpillar. Adults emerge from mid-April to early May. They can most often be either dark gray or light gray to light yellow. (Donald W. Hall, University of Florida.)

The caterpillars become prevalent as they drop from trees and search for a place to make their cocoons, according to the report. And even though they are most prevalent during this spring stretch, the cocoons can retain their ability to cause rashes in skin for up to a year or longer.

The hairs of the white-marked caterpillars have a venom gland in their bases while the fir tussock moth caterpillar has hairs with barbs that can also be difficult to remove from the skin.

If stung by tussock moth caterpillar, health officials say to put tape over the area of the skin and remove the spines, wash the area with soap and water and apply and ice pack to ease stings while using baking soda and water to reduce itching.

The skin irritation can appear within minutes and last for a day or longer. So as my trip to WDW gets closer, my sister is asking (again) what my plan is to deal with a tornado.

She lives in TN so that’s a thing on her radar.

Do I need a plan for tornadoes/hurricanes?
Are there sirens or announcements in the resorts?
Can I just hunker down in HOP and sleep thru one?

The answer is always get as interior as you possible can and cover yourself with blankets/pillows/etc. That being said, doubt you’ll have to worry at WDW (especially bc it’s way too early in hurricane season) and you’ll definitely be alerted if necessary (which again it probably won’t be).

There are NO sirens in FL for weather alerts for tornados or hurricanes. w/ hurricanes there are days if not a week of warning and Disney will close if necessary and guests stay at resorts. I know just a few weeks ago ppl carried on in the parks during a tornado warning; only those w/ weather apps were aware. @Dreamer was there during one maybe she’ll let us know if CMs said anything to anyone. But tornados on land are rare in FL, they are usually over the water; called water spouts.

Yeah I think I recall seeing a video on Youtube (Molly perhaps?) about how CMs cover up things like outdoor signage and light fixtures, some attractions might close, and the parks are pretty empty but they’re rarely closed.

So my sister has me grabbing a flight out of the state is a hurricane is approaching.

is sheltering there, we’re outta there

We were at US when one of the tornado warnings happened. No one said anything to us and there weren’t any announcements. When we got back to the hotel, they were nice and let us stay in our room for a late check out (so after the warning had past). The other warning was when we were at Disney at Riviera but it was evening/night and we were in our room. Nothing was said.

In the before times we were at HS waiting for the Star Wars fireworks/projection show to start when everyone’s phones began the tornado siren. It was maybe 15 minutes before the show, so the area was packed with people. We all looked up at the sky, looked around at each other, and continued to stand there. No one went anywhere, no cast members said anything. It’s going to take more than a warning to get disney fans to give up their prime fireworks viewing spot

The show went on, we watched it and on the way out the heavens opened up and it torrential rained. No tornado. In its Monday morning tropical update, forecasters said the first tropical wave of the season emerged off the west coast of Africa. moving west at almost 12-17 mph.

“Tropical wave guidance has it moving westward over the next 24-48 hours, passing well to the south of the Cabo Verde Islands,” the morning update said.

Hurricane season officially starts on June 1, but in the past seven years there have been named storms in May – including Anna last year and Arthur and Bertha in 2020.

The first named storm of the 2022 season will be called Alex.

This is the first reported tropical wave of the 2022 hurricane season, which doesn’t start until June. 1