The Disney Refugee Gets Wet

Good morning! I’m back at the airport for the second of my four trips to Universal this year!

The last trip, in February, I only had a 2 park pass. I regret not adding Volcano Bay last trip.I probably had a day to do it. So this time, VB is half of my week visit. Plus, Dudley Doo-Right Rip Saw Falls is reopen from annual refurbishment. So, I really am planning on getting very wet this trip!

My flight is on time and boarding. (IMHO - SouthWest is the biggest obstacle of the trip.)

I have a layover in Atlanta, but all the weather is clear. Hopefully, that means a smooth trip. I never feel comfortable about the travel until I get there.

If anyone needs a question about Universal answered or researched please ask! We have a lot of great resources on these forums, but nothing beats on the ground reporting IMHO. 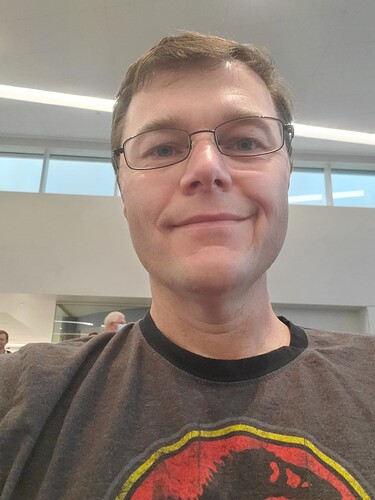 Have a great trip! Are you staying on site?

Yep! I travel solo and spend all day / night in the parks. So, a hotel is just a place to sleep for me. With that in mind I’m staying at Endless Summer Dockside. The rate is only $100 with all taxes & fees included. Plus, it opened in 2020 so it’s super clean and comfortable.

I took photos of the room I had last trip, a suite. (Free upgraded & very nice)

I’m a big fan of the Endless Summer resorts. I did swing by the pool last trip just because it is so nice. (Something I rarely do!)

Enjoy! Looking forward to the report.

That was my first and probably last beard! I never really liked it and only kept it for a few months. I would have shaved sooner, but I kept it as a bet / dare!

Plus, there isn’t a mask mandate this trip so expect to see a lot more of me this time!

FYI - (Everyone) Both flights are completely full compared to February. People are definitely traveling again! Also, for anyone concerned about masks and COVID - at least 98% of people are maskless and behaving as if it’s back to pre-COVID. I’m fine about it, but if you have any concerns or need to do social distancing ,you’ll want to drive.

I did a playoff rally beard as a sports fan back in 2014 and realized it looked okay! Now I do a beard from November thru tax day (I prepare taxes as part of my job) so I’m a season beardie! The beard looked good. No dare needed in the future!

Mobile check-in is amazing. I bypassed at least a dozen families waiting in queue. No was even in the mobile queue. I got a few dirty looks!

I made sure to point at the sign and wink! 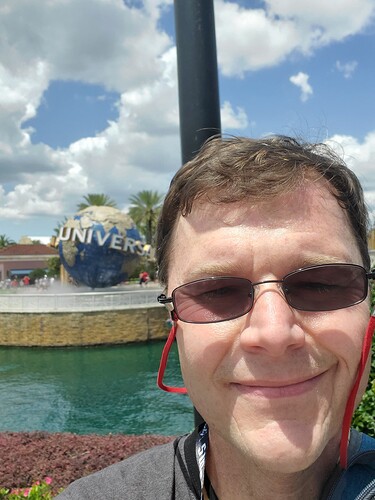 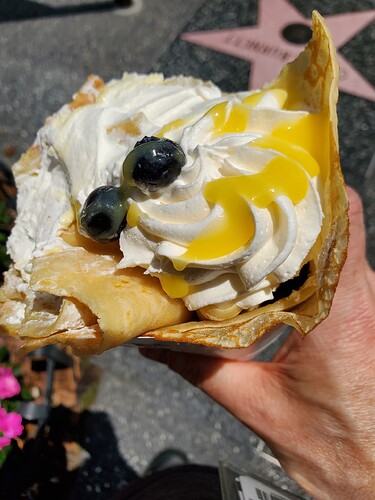 This is the lemon blueberry! It’s pretty good, but is ton of cream that after a bit became the dominant flavor.

Crowds are ok. I’d call it a CL6 / CL 7. Most rides have a 40+ minute posted wait. I walked on to Dr. Doom twice and Spider-Man once using Single Rider. 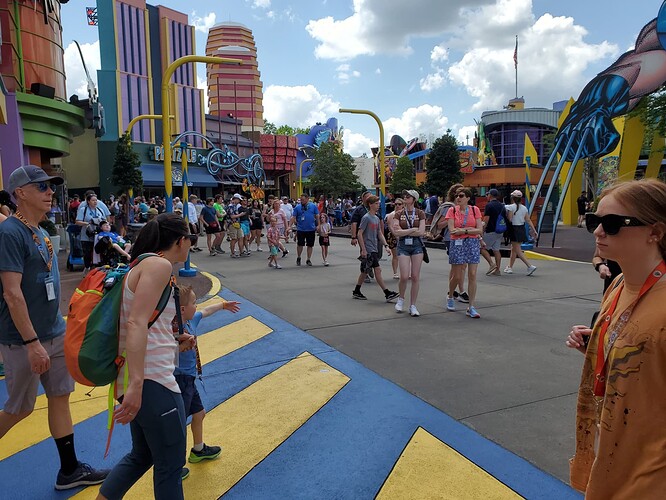 Since most things, including Hagrid’s, is 60 minutes posted I’m in queue at Hagrid’s now.(IME - That’s about as low as Hagrid’s gets, so I might as well jump on) 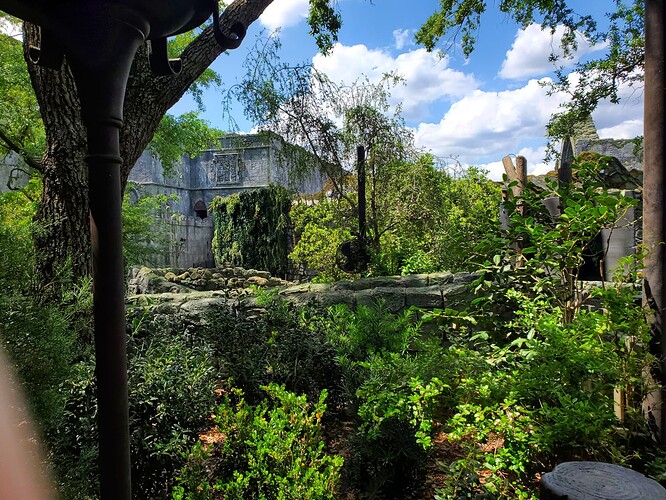 Is that bottom pic part of the Hagrid queue?

It is! I couldn’t stop long enough to get a good picture! 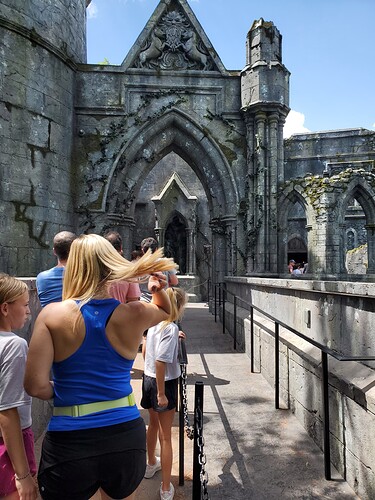 I’m super glad too! The temperature in February was low 70s… today is almost 90 and super sunny! I’ve already sweated through my shirt! The interior queue had AC!

THE PRESHOW IS RUNNING! 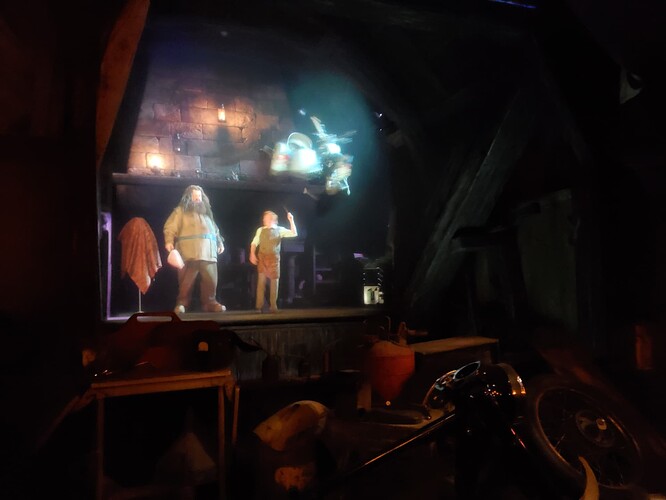 It was hard to hear with the crowds as they started it the moment the room opened. It was half over by the time the room was full and doors closed. Luckily I was at the front and had watched it on YT before. It was better in person and all the effects worked!

@ozziecrew555 - I confess that’s picture number 2. I had a better picture when I first got it, but idk what happened. It has a few bites already eaten and missing a handful of berries in this picture.The crepes are ginormous! I’m stuffed!

Hagrid’s was 55 minutes, so that’s accurate.

) is to do the things I couldn’t in February or still have missed.

My TP for today went out the window when I arrived. First, I wanted to do the NBC Media Center, but it wasn’t open. (Maybe I’ll try again this week, but this was my best “window” of tome to do it.) Nbd…it’s just a “bucket list” thing and if I never experience it then it’s no worries.

Plus, I wasn’t sure if the nighttime show at USF was running or not. I missed it last trip when it only operated on my arrival day. I checked and it is going. Rather than risk not seeing it I’ve flip flopped my day.

This means no night ride on Hagrid’s today, but I have it scheduled later in the week.

However, one of the things that is open is Posiedon’s Fury! 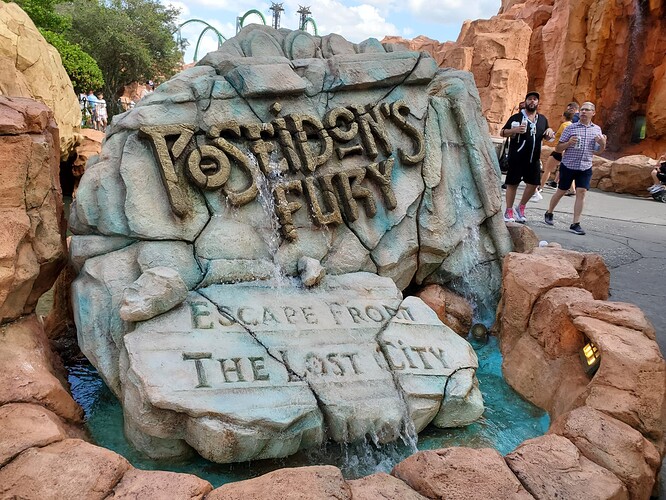 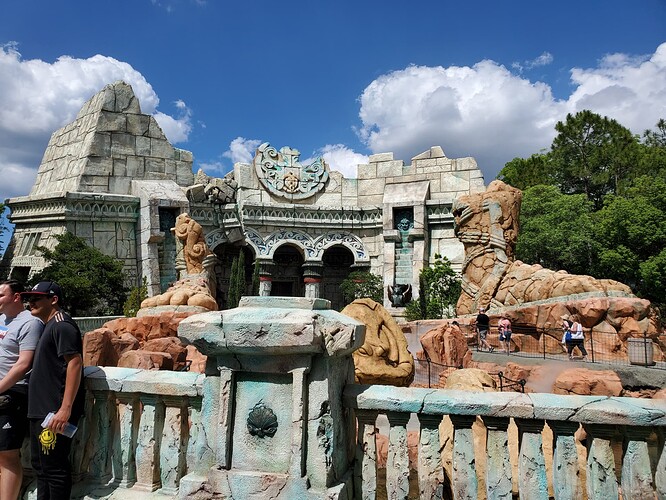 It looks great! Nothing new, but EVERY effect, light bulb and etc… was replaced. The projections are still the original, so no 4K. However, they are so much brighter than ever. It’s like experiencing it during its opening day. 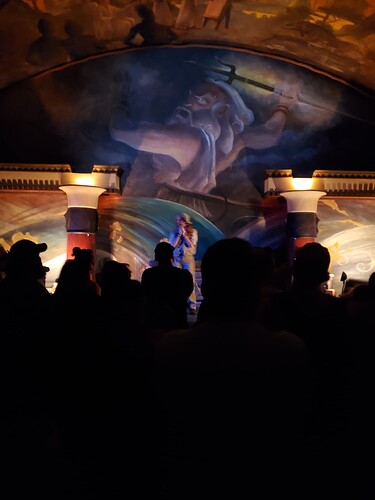 I’m waiting on VC now. It’s a posted 35 minutes, but the queue extended out of the show building to where I’ve waited closer to an hour before. It’s not moving slowly, but not as fast as “usual”. (Like I’m an expert now or something… 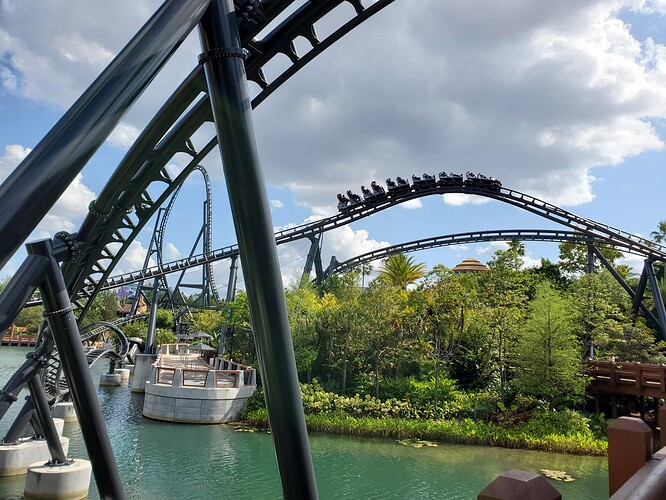 We had that same crepe flavor combo last night. It was so good! We are hoping to try more types including the brisket.

Hope you are having a great day at UOR! Hagrid’s and Velocicoaster is a great way to kick off a trip.

We just shared the strawberry and Nutella one. Good, but our favorite so far is the lemon blueberry.

I’m at Megatron M&G. (Hopefully the wind will die down so he can come out) 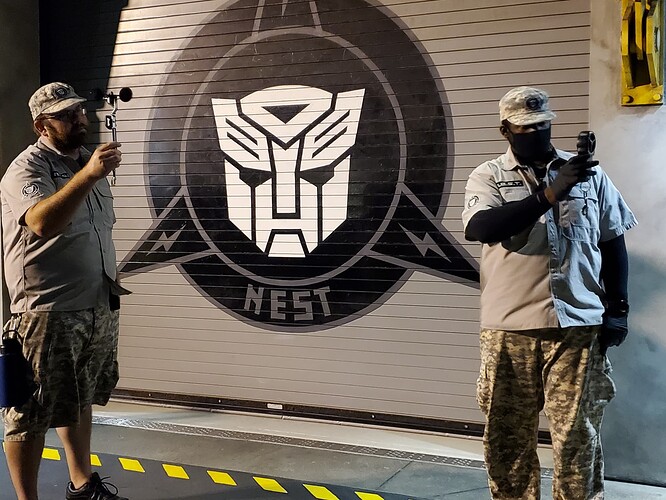 Then headed to Cineamagic Celebration…feel free to wave if you see me! 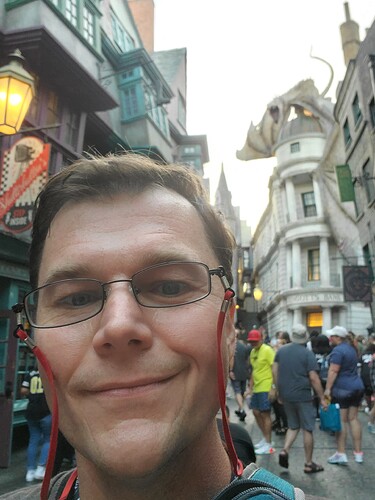 It’s been a long time, but I FINALLY met Megatron! (It’s still breezy, but I guess good enough to come out) 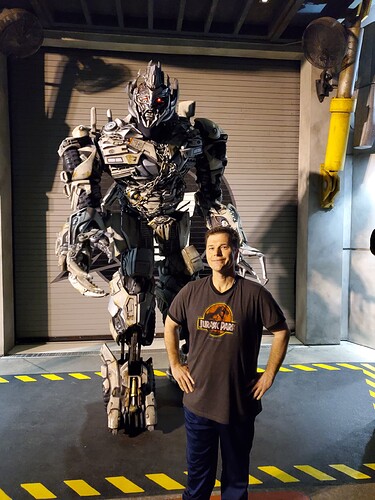 Pretty successful day! I did everything on my TP that was available and a couple extras.

I was headed to CityWalk after the show, but I am still stuffed from the crepe. (It’s basically all I ate today and I couldn’t eat anything more without being ill 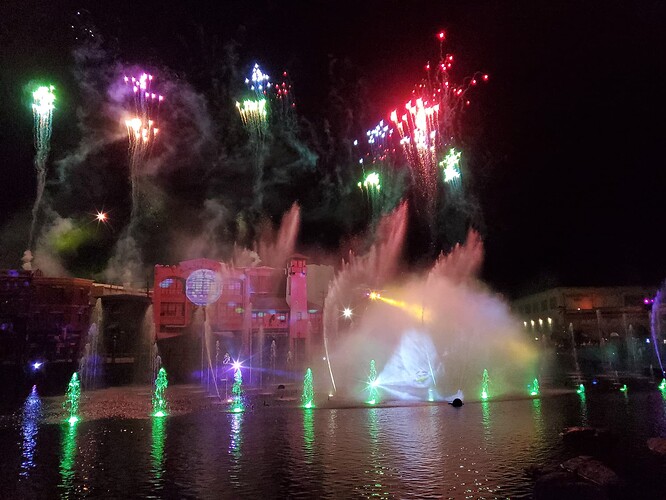 Did you purchase one?