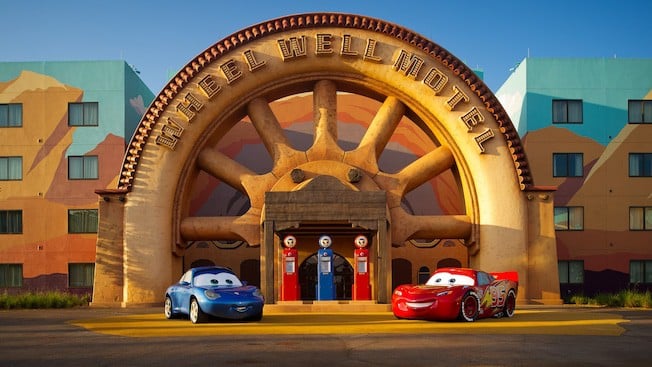 Disney Reportedly Keeps In-Room Fridges Too Warm to Store Food - Inside the...

Last time I was at WDW we were in DVC and had no issues. We are staying at Caribbean Beach in June . Any feedback on the quality of the in room fridge?

I think they are technically beverage coolers, not refrigerators.

Our last fridge wasn’t cold enough for food but other than that, we haven’t had a problem.

Yeah, but they advertise it as a “mini refrigerator” so that’s the problem…

They have changed the language in resorts with these to “beverage cooler”.

Maybe this means that CB has actual refrigerators?

I think those haven’t been changed over yet, yes

Such a stupid thing for them to cheap out on. I felt like our Poly studio fridge was barely cold enough for milk, and our GDT room fridge had trouble chilling water!

In the refurbs yes I agree with this. There is no freezer and they are so shallow, and the glass door feels more bev cooler to me. I found it kept colder the more stuff you have in there, like the food kept itself colder than the air did, but it took a while to get the beer down to temperature

Had to use all my mad Tetris skills to fit everything too.

Maybe this means that CB has actual refrigerators?

Our very first on-property stay was CBR in 2019 and I remember being very underwhelmed with the refrigerator; it didn’t seem to keep things very cold. I don’t think I’d trust much beyond water/soda in there either.

That said the whole “beverage cooler” movement seems to be more recent than that IIRC. Not nearly 100% sure though

Cruise ships do this too. If you need to store things like insulin or breastmilk, you have to request a “medical fridge.” They use a lot less power, I think that’s why. Makes sense on a cruise ship that has limited resources, but in a hotel its just cheap.

Cheap-ek probably thought that this was a great idea. Save money on electricity and more dining dollars because people have to throw their food away.

It seems very Cheap-ek, and not Disney.

If I were planning a trip and on the fence about on or off site, this would be enough to make me solidly off-site just because of the pettiness of it.

I don’t recall if it was a glass-front unit or not, but it was after the last renovation of CBR. It was also our first experience with the Dining Plan, so all the groceries I bought mostly went uneaten anyway!

Cheap-ek probably thought that this was a great idea.

This change was far before Chapek was in charge. Chapek gets a lot of flack for things that Iger himself instituted. (Not that Chapek isn’t also cheap…but Iger was before him!)

Good to know.
But, but, he makes such a nice target. There have been several anti-Walts though.

Ok, now, I am bringing a fridge thermometer because Liner minds need to know!!!

But honestly, just need to keep milk, creamer, and yogurt cold. So, I will have a small discussion with management if the “refrigerator” isn’t at least 40…

This is a good point. Milk is a beverage that is supposed to always be kept below 40 degrees…ideally 37. If they have a “beverage cooler” that isn’t hitting 40, then I don’t think you can even call it a beverage cooler, safely.

Ultimately, I think the switch to these is less about energy savings and more about driving on site guests to eat at Disney eateries. They don’t WANT you eating in your room.

They don’t WANT you eating in your room.

Then open up full restaurant capacity, and open up the remaining restaurants that are still shuttered.

Pay people what they are worth and you won’t have the staffing troubles that are keeping those things from happening.