I’ve just got the updated crowd levels through for February and March when we’re visiting WDW for the first time and some of the changes are horrifying. I know last month’s update was cancelled due to worries about accuracy, I’m hoping something similar is true here, some of the CL numbers have DOUBLED!
Some examples:
Friday March 1st AK gone from CL5 to CL10
Friday March 8 HS gone from 4 to 8
Monday March 11 overall CL gone from 5 to 10

I know Spring Break is kicking in but Easter is very late this year so I can’t see it affecting late February and early March in the way it would if Easter was in March. Later March CLs have actually dropped substantially, which I can’t understand at all as that’s the major Spring Break timing from what I can see.
What’s going on?

I can not believe how much the crowds jumped from March 2-9!! When I went to the actual crowd calender this morning the numbers had changed but not the colors on the days?! I am really hoping it was a mistake and the days didn’t go from 4 and 6 to 10s.

Yes, me too. I can’t see any reason why these would be accurate.
Historically those dates were never that high and that’s without the much later Easter this year to reduce things further. Look at the last three years for example: 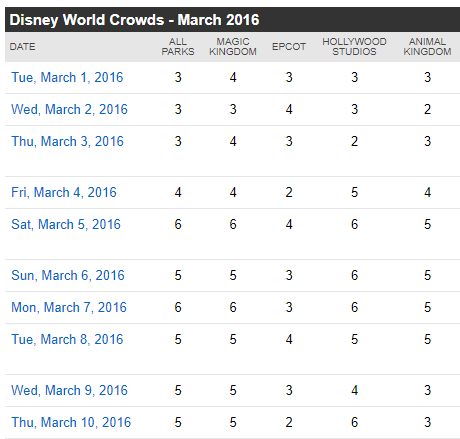 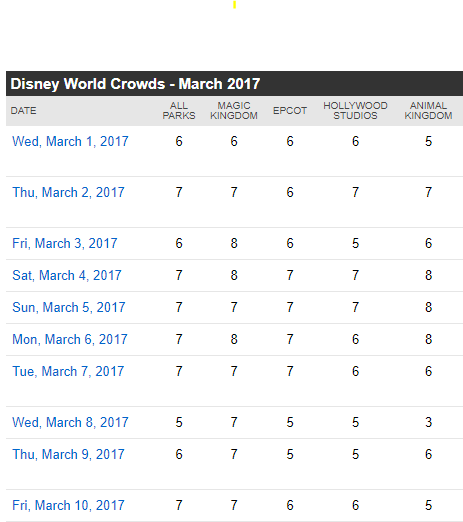 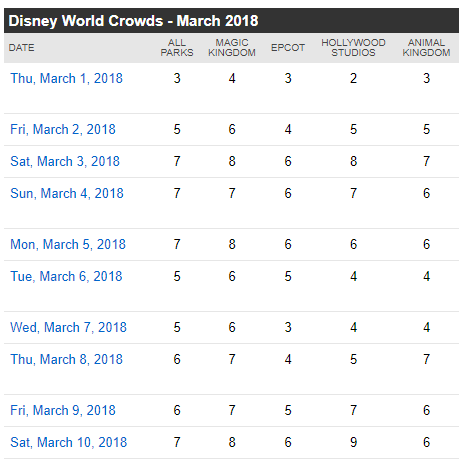 Compared to the latest estimates for this year: 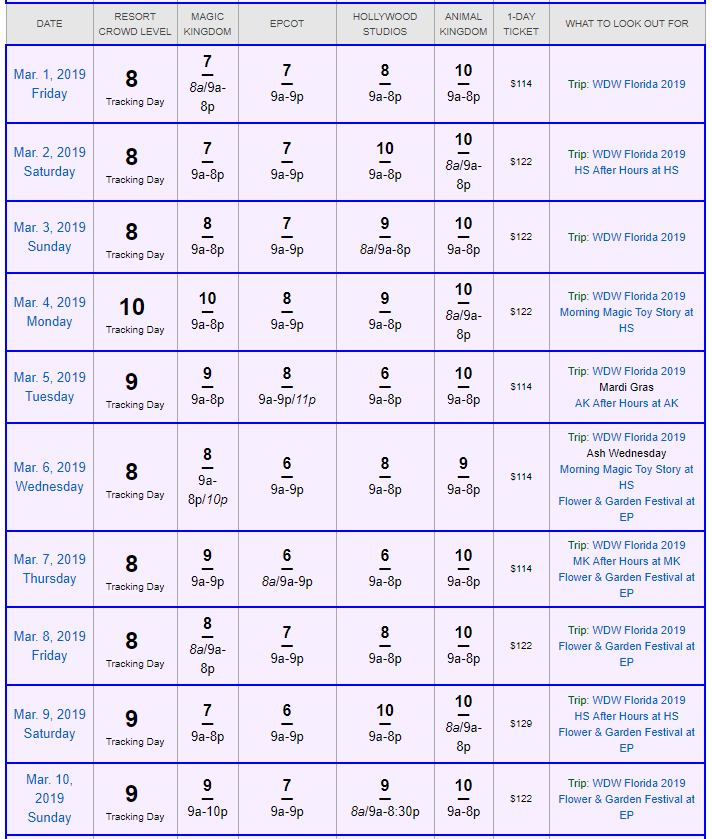 @len - any input here from the stats guys?

That week in particular is Mardi Gras this year. Because that is based around when Ash Wednesday is, the dates will always vary from year to year.

But Mardi Gras isn’t a public holiday is it? I know it’s a big thing at Universal, they manage to spread it over 7 weeks… but why would it do that to WDW crowds?

The dates for the end of March, CLs went down…are there more breaks at the beginning of March and fewer at the end?

When is My Spring Break?

Len had come on here letting us know an update was coming but said it would be modest (or some version of the word) increases based on recent trends especially at AK.

My trip is in a few weeks. The way I look at it is…it really doesn’t matter. A crowd calendar going up won’t bring more people in, and if it went down no less people would be there. It’s either accurate or not. I’ll set my plan based on this now worst case scenario and hopefully be surprised for the better.

People in New Orleans escape because of the tourists flocking in there. And many of them go to Disney.

I agree but I’ve got parks I’ve planned to go to because they were CL5 that are now CL10, and FPPs booked because of that.
Looking at the figures above there’s something very wrong with Animal Kingdom, I think that’s skewing things at the very least. 9 out of 10 days in early March are CL10 - that can’t be right.

See above. New Orleans seems to generally have a break the week of Mardi Gras and people understandably flee the hordes of drunken tourists.

That coupled with the fact that AK has few rides and CLs are based on waits not actual bodies, it’s a lot easier for AK to get busy.

I don’t think this big a change can be explained by Mardis gras. It’s not like Mardi Gras dates are a surprise or a last minute thing. A simple internet search can give you the Mardi Gras date for 2030… or a long complicated calculation of moon calendars!

I believe that you meant to say “True dat”

I think some schools that usually tie Spring Break to Easter, will move it to March if Easter is very late, because of not wanting to have it too close to the end of the year. I’m not sure how many districts do that or how much it’s affecting crowds, but I know of some that are local to me that have a break in the first half of March this year that normally will have it in late March/early April around Easter.

That said, CLs for my early February trip went up too, though not by quite as much, and I’m sure that’s not a Spring Break thing.

This is accurate, and my previous district did this. My current district has a February break, so our Spring break is April 7th, but the early Spring Break is common practice for those who don’t have a Feb break.

I have the same question about the larger jumps. +/- 1 or 2 levels seems a reasonable margin of error, but increase of 5?