The ride is so amazing. Can’t wait to see what you get at Creations! 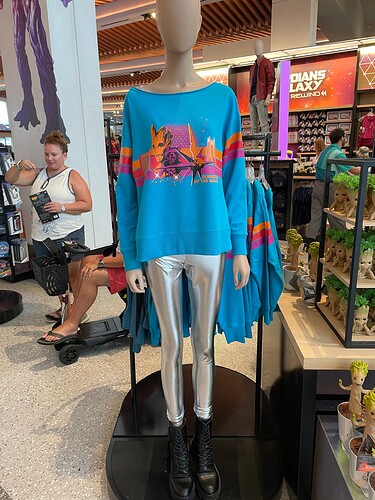 You get the pants, too?

The pencil was used to stick in the hole to rewind the cassette.

How did you like the Cirque Du Soleil show? Thinking about adding that to our trip in November. Asking myself if I would rather spend the evening in a park or seeing this show?

@Dreamer went as well, I think she had a favorable opinion of the show?

We all really liked it. It is geared toward Disney fans which is different than the previous Cirque show (which I also enjoyed). Some of the performances were just incredible. I really loved the storyline as well.

I went through the queue and wondered if Star Lord ever had to use a pencil on his cassettes. I think Gen X understands.

I liked it. I loved the story. The clowns were hilarious. I will say it’s a one time visit for me. 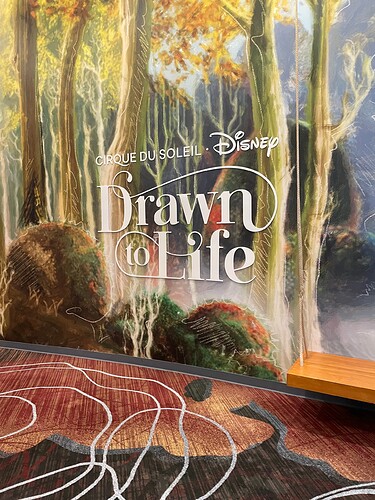 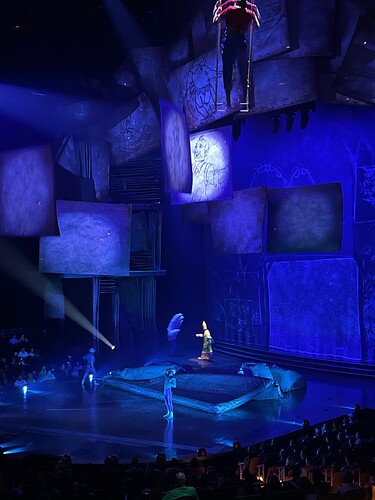 I will write about my:

I returned to the hotel after Universal and crashed. I “took a nap” and awakened shortly before midnight and used the opportunity to start this trip report and get Genie Plus.

I can’t remember the last time I’ve been to Hollywood Studios. I know it was in the previous decade. My favorite parks (in order) are Epcot, Animal Kingdom, Magic Kingdom, and Hollywood Studios. My interest in the park waned when they got rid of the Great Movie Ride and that ride with Catastrophe Canyon (???).

For this day, I consciously ditched my plan and enjoyed the day. I refused to rip and run around the park. The entire reason for going solo had been to have a trip where I didn’t have to negotiate with my family on what to do next. I could have the freedom to go where I wanted. And that’s what I did.

First stop, I walked on Rock and Roller Coaster as a single rider. Has anyone worn their glasses on the coaster? I was so afraid that I would lose my glasses that I took them off. Um. I’m blind as a bat. It was all a blur. ROFL!

Then I walked very breezy-like to Muppets 3-D. This attraction is beginning to show its age, and I will be sad when Disney replaces the show.

I stopped at Baseline Tap House. I was like, “Look at me! Drinking a beer and having wonderful charcuterie like I’m not at a theme park!” I shared a table with a family and chatted with them for a bit before moving to Batuu. 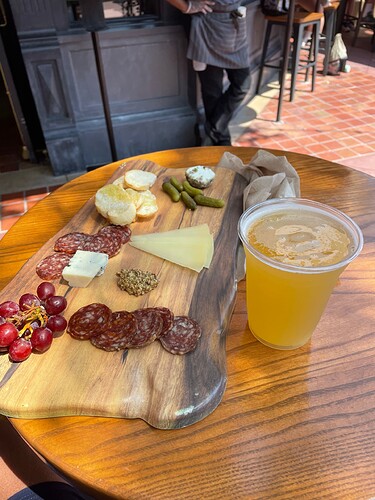 I held my breath and walked into the section. I teared up a little. It’s a well-themed land. I know Star Wars purists hate the backstory. But the level of theming is impressive. I toured a bit and decided to single-rider Millennium Falcon Smuggler’s Run. I had the critical job of Engineer. We landed. I doubt that I’ll do that again. It didn’t interest me at all. LOL, I spent a ton of time looking at the models of the fighters and that big hunk of junk. I gasped when Kylo Ren walked through. I love him! 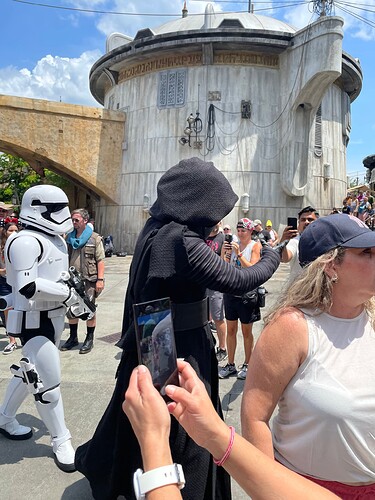 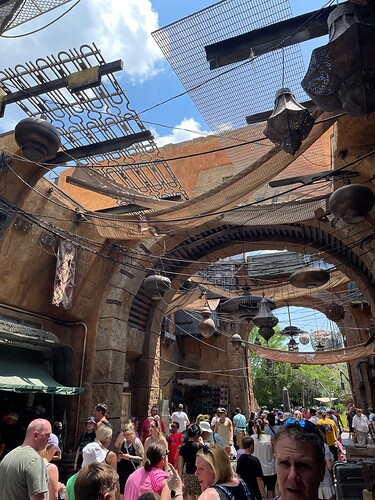 It was time for the SDD Genie reservation. So cute! I saw storm clouds developing and was thankful I rode before the rain started. Because the ride was done for the better part of the afternoon.

I was in Walt Disney Presents when the rain poured along with the thunder and lightning. I purchased a poncho and went to Frozen Sing-Along where I sang at the top of my lungs.

After Frozen, I noticed the line for MMRR was nonexistent. So, I hopped on it. Super cute. I loved the waltz scene.

I went on Star Tours. Our ride operator was great. He had a plethora of bad Star Wars dad jokes. I thought he was hilarious. The young lady, two rows ahead of me didn’t. She yelled out, “Will you just get on with it!” LOL

I decided that I had experienced everything I wanted. So, I people-watched, ate popcorn, and had a late lunch at ABC Commissary.

The rain cooled the temperatures down and brought along a nice breeze. Ten minutes before my reserved time, Rise went down. I didn’t mind sitting in Galaxy Edge and waiting for Rise to restart. I finished the smutty book.

I had a ticket for Cirque Du Soleil, but I quickly decided to ditch it in favor of going on Rise.

About an hour later, without fanfare, the ride operators reopened the gate. I’m glad I hung around because I could quickly get in line. I was one of the first, so I virtually walked on. 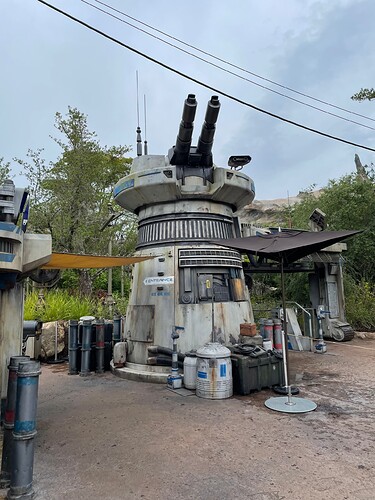 First, that is not a ride. It’s an experience. I felt the different rooms in the queue stretched out the experience. There were so many various components and scenes along with incredible eye candy. Also, I could tell that the Cast Members loved working that ride. They stayed in character the entire time. Shout out to the cast member who hurried me along when I lingered in the Stormtrooper room for too long.

I feel lucky I was able to ride it. Mickey Mouse decided to extend a little grace to prove I shouldn’t cheat on him.

I walked back to the car on a cloud and with thirty minutes to get to Disney Springs for the show.

After the crummy day I had at Universal, I needed a win and was happy that DHS gave me what I needed.

I loved the waltz scene

Is it not the waltz? Or is it not fun?

I didn’t have any sickness with the waltz. I didn’t enjoy the cha-cha. That part was too rough, and I didn’t particularly appreciate the feeling of being jolted.

The series of humps on SDD…I didn’t enjoy that at all. I thought they did a great job of simulating the slinky effect.

Since we’re at the motion sickness segment of this blog, let’s prep for the next piece…Epcot.

I suffer from motion sickness and vertigo. I can do heights in enclosed places like airplanes and buildings. I feel the effects of vertigo in mountain ranges. In airplanes, the only time I’m bothered is if we’re turning immediately after takeoff.

To combat this, I take a nightly bonine or Dramamine a few nights ahead of any airplane, mountain drive, or theme park trip.

three times in my life. I rode a roller coaster called the Jet Scream in St. Louis, this ride in Atlanta, and Back to the Future the ride at Universal (which was torture).

I understand why Disney recently added the extra trash receptacles and barf bags to GOTG.