Yes, Orlando can experience hurricanes. Hurricane season in Orlando runs from the start of June until late November.

During this time, anyone in the Orlando area should look out for news on tropical storms forming around the Atlantic Ocean or the Gulf of Mexico.

but even warning does not mean it going to hit Disney area. Maybe just a regular rain and wind

Good energy! Passed most of 100 miles to the north and everything was open by mid-day.

ETA - Or so DH tells me since I was at home with the kids because the schools were the one thing that did not open. Tomorrow. 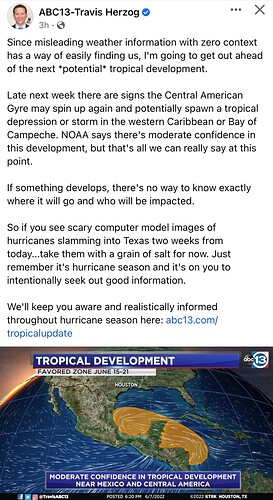 Tonight, the local weather guy said nothing developing for the next 5-10 days here in Florida. Well… just a lot of heat 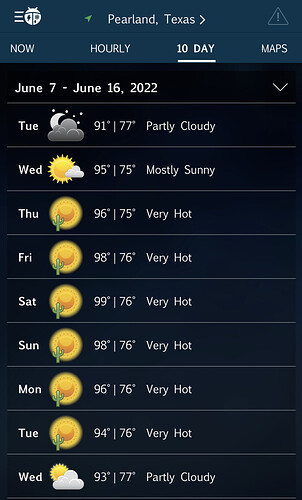 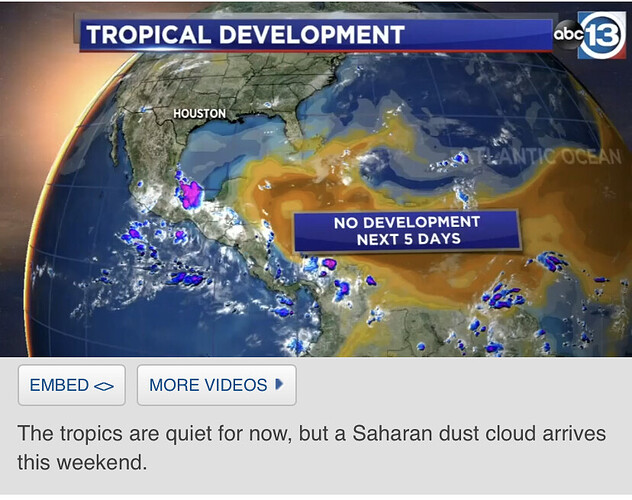 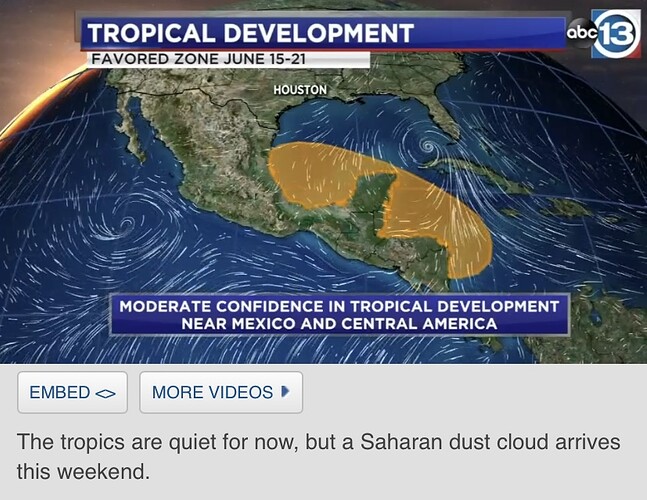 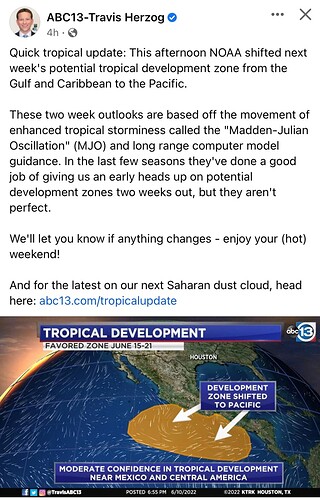 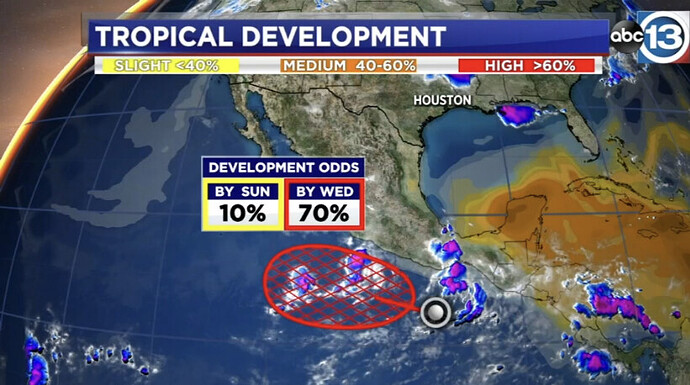 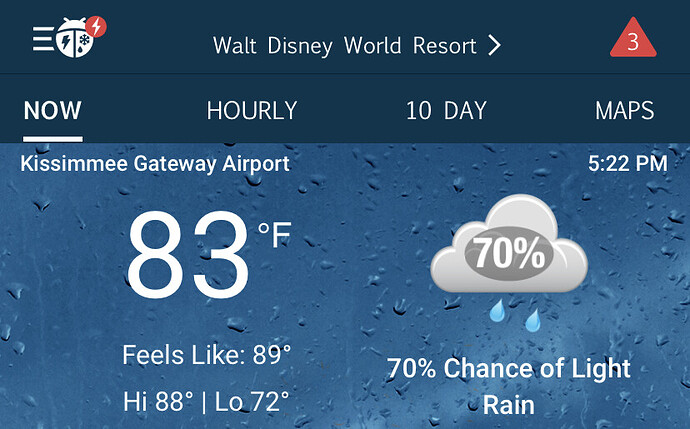 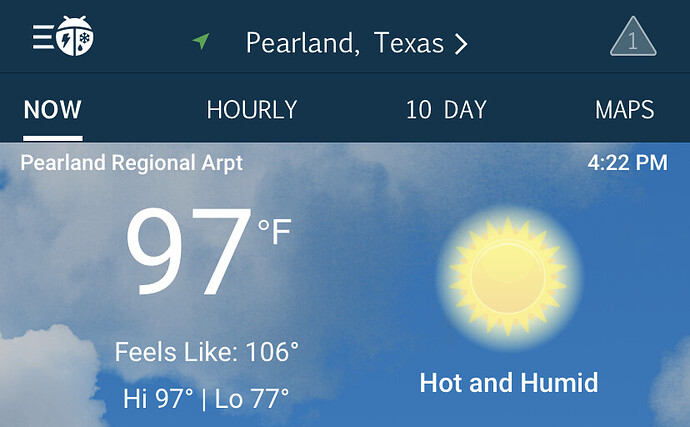 Oh it’s gonna heat up and we need the rain 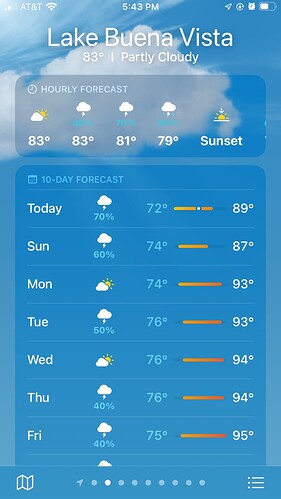 But if I give you all our Random Acts of Cacti you won’t need rain! 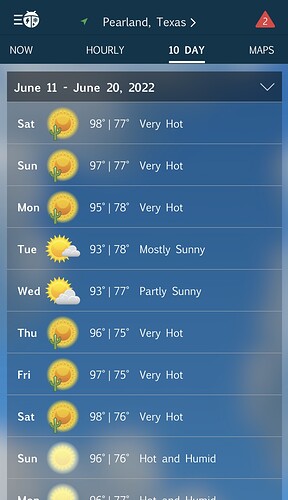 (And, no, Houston does not really have substantial quantities of cactus. South and west Texas does.) An image of Cyclone Emnati taken by the TROPICS Pathfinder satellite with a 205 GHz channel on Feb 10, 2022. The image depicts an eye within an eye due to an eyewall replacement cycle. The red colors are warm air. The blues are cold air. The deep blues are from ice scattering in the tops of the rain bands. ( Massachusetts Institute of Technology’s Lincoln Laboratory.)

Starting this hurricane season scientists will be able to look at storms in a way they’ve never been able to before.

On Sunday, NASA in a partnership with Astra Space will be launching the first two of a six-part constellation of weather satellites to observe hurricanes in real time.
The two-hour launch window opens at noon for liftoff of Astra’s Rocket 3.3 from Space Launch Complex 46 at Cape Canaveral Space Force Station. Space Launch Delta 45′s weather squadron gives the chances for good weather at only 50% at noon, and worsening conditions to only 20% chance by the end of the window at 2 p.m. A 24-hour delay would see better conditions with 70% condition at the beginning of the window worsening to 50% by the end on Monday.

The bread-loaf sized cubesats, each weighing 10 pounds, are part of the Time-Resolved Observations of Precipitation structure and storm Intensity Constellation, otherwise known as the TROPICS mission, which was designed to give meteorologists a better understanding of hurricane structure and the rapid intensification process, said TROPICS principle investigator William Blackwell. The Time-Resolved Observations of Precipitation structure and storm Intensity constellation, otherwise known as the TROPICS mission, which was designed to give meteorologists a better understanding of hurricane structure and the rapid intensification process. The first pair of six cubesats launch with Astra Space this Sunday. (Massachusetts Institute of Technology’s Lincoln Laboratory)

“What makes hurricanes so difficult to observe is that they’re changing so rapidly, on time scales of minutes,” Blackwell said. “Rapid intensification has these fundamental properties of temperature, moisture and precipitation that are changing rapidly. There’s a lot of variability in space, too. You need high elevation to capture the high resolution and spiral structure from space.”

TROPICS is designed to make capturing those fundamental properties easier by resolving both the challenges of time and space that come with observing a system, with each cubesat being placed in low-Earth orbit about 340,000 miles above the Earth.

What TROPICS accomplishes in time that other weather satellites don’t is the quick rate of time the cubesats will be able to capture hurricane information. When a storm takes shape, a TROPICS cubesat will pass overhead capturing data measurements of moisture, temperature, structure and intensity, then relay that information down to Earth. An hour later, another cubesat will swing by and observe more data, giving scientists a better understanding of how hurricanes change hour by hour.

Earlier this year, the National Oceanic and Atmospheric Administration, along with NASA, launched GOES-T — short for Geostationary Operational Environmental Satellite — allowing scientists to monitor and predict environmental conditions like hurricanes, thunderstorms, floods, dense fog and fire. However, GOES-T, which will be renamed GOES-18, makes measurements in visible and infrared light that can be blocked off by cloud tops. TROPICS would be taking measurements on a microwave wavelength, which would allow scientists to see what’s happing through the cloud ceiling in the storm environment, Blackwell said.

The TROPICS mission is spearhead by the Massachusetts Institute of Technology’s Lincoln Laboratory. Blackwell, who just celebrated his 20th year anniversary in the lab, oversees the TROPICS budget, which has a cap of $30.2 million and includes the creation of the cubesats as well as their operation. The Lincoln Lab enjoyed success in the TROPICS mission last year when its test satellite, Pathfinder, launched and captured images and measurements of Hurricane Ida — the costliest hurricane of the 2021 season.

Blackwell is hoping the new cubesats will begin relaying information to hurricane specialists with the NOAA, and other parties, later this year. After Sunday’s Astra Space launch deploys the first two cubesats, TROPICS will have a 120-day window to place the other four cubesats in different orbits. Two more launches are planned this year to deploy the remaining satellites.

TROPICS has been in development for the last five years and is part of a massive collaboration with the NOAA, the University of Wisconsin, MIT, Vanderbilt, NASA and the Atlantic Oceanographic and Meteorological Laboratory as well as some commercial entities.

“It’s exciting to see it all come together, getting the constellation online with high resolution rates of data available later for this hurricane season,” Blackwell said. 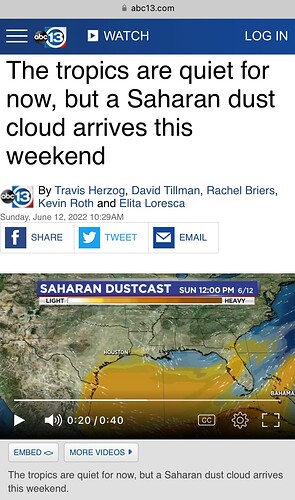 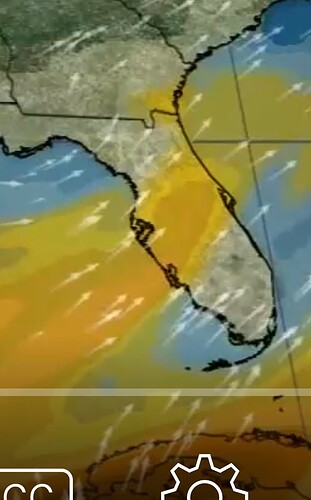 It’s still 83 out right now. And the atmospheric pressure has already started my head pounding. The summer is like a torture chamber for me.

Was hoping the dust meant shade but maybe it’s not getting this far north.

The first official named system of the 2022 Atlantic hurricane season finally came in the form of Tropical Storm Alex, but only after it left a soaking wet Florida behind.

Sorry I’m way late to this story, but did no one make this joke about Tropical Storm “Alex”? At 8 a.m. the NHC identified a wave over the eastern tropical Atlantic with a 20% chance of becoming the next tropical depression or storm in the next five days. (The National Hurricane Center)

A tropical wave emerged Thursday morning off the African coast and is predicted to move west, according to the National Hurricane Center.

At 8 a.m. the NHC identified a wave over the eastern tropical Atlantic with a 20% chance of becoming the next tropical depression or storm in the next five days.