How do you stop and smell the roses?

Although I’m very pleased with the way my plan’s shaping up, I won’t deny that it’s looking a bit, er, full.

I had a quiet read of I want to go back! a thread I wrote shortly after I got back from my first trip and I was clear that I felt I’d spend too much time rushing around. If ever I did a second trip, I’d learn form that mistake.

Well, I’m not sure that I have. But it’s so hard — there’s just so much to do! And although I’m going back a mere 10 months after I got back from my last trip, realistically I’m not going to go to WDW every year. So there is pressure to make the most of the limited time.

How do you stop and smell the roses? Or don’t you?

I go in knowing that I cannot do everything and that trying to do so will make for a miserable trip.

I get my FP+ for the rides I want and I make my ADRs for the restaurants that I want, and I have a very loose plan, but I also leave room to wander and be spontaneous.

TBH, I didn’t even unfold the printouts of the plans I made on here thinking I’d try the planning thing. It was just far too regimented for me. I need the freedom to be somewhat spontaneous.

When making my plans I set it to very slow pace, and I scheduled breaks every 3 or 4 attractions.

So for instance, Christmas Eve morning, we started with breakfast at BOG @9:30.

In between I had Under the Sea and Dumbo on the list, plus a break of 45 minutes at Gaston’s Tavern. We probably rode PP at around 11:30, having had about 60 - 75 minutes doing those 2 rides and looking round NFL.

The times are there or thereabouts, but you get the idea. My plans are not to get as much in as possible, they’re to see what’ realistic. I want to see free time of 15 to 20 minutes between rides. I never use Optimise, except perhaps if I’m having a lot of difficulty getting things in. Ironically I found DHS the hardest.

Like you, we have the advantage of 2 weeks, so we can do MK over 3 days.

I am planning for our next trip for about half the day, fastpasses, ADRs and must sees, and leaving the other half open to chance: additional fastpasses, Sorcerers of the Magic Kingdom, random shows, etc. Last trip in 2016 we had a wicked rain storm while in Epcot. We huddled in at the chase lounge during food and wine to rest and stay dry. After about a half hour, we decided to make a break for it to see the American Adveture. We ended up seeing the Voices of Liberty before the show, totally unplanned, because we let go of some of our plans in the World Showcase due to the storm. There were other random moments in our trip like this and I’m just planning on some open park time to let it happen again on our next trip.

I find DHS to be difficult to plan as well. The show times are really difficult to make work and fit into a schedule.

Oh yes. Also I annotate the breaks. Like I had one break that said “Wishing well” so I’d remember wee things I had on my wish list on MDE. Every entry on my wish list had a note somewhere on a plan. Everything except the Coca Cola bear… which I forgot about.

But actually I didn’t use the plans day to day. Glanced at them the night before and that was it.

This trip is only one week — and two of the days are UOR days.

Actually, reviewing the latest iteration of my plan, maybe I’m not packing in as much as it looks.

My main MK day is four and a half hours. I’ve scheduled: Buzz*, 7DMT*, BOG, Hall of Presidents, Jungle Cruise*, and Pirates of the Caribbean. That’s not unreasonable?

*hopefully these will be FPPs

Everything except the Coca Cola bear… which I forgot about

This is my daughter’s favourite character - she’s never had a Coke in her life (she’s 4) and had never even heard of the Coca-Cola bear before our last trip, but apparently he gives the absolute best cuddles…! He’s the most important character meet on the list for our April trip. Go figure.

I guess I just “do” - but that comes from having been a couple dozen times and having no reason to believe that won’t be a good number of more trips before I stop breathing. I get FPPs for the things I really want to do, hit others at RD, have nice ADRs for lunch and dinner, and do what I can in between. I’ve done all of the rides more times than I can count, so if I miss one on a trip, there’s always next time. I realize that I’m in a different place than you are, but that’s how I do it…

I didn’t learn how to stop & smell the roses until I went solo. It was kind of an accident - a friend had a co-worker cancel last minute for a conference and had a free room if I wanted to go. While she went to the conference, I was on my own – the big part of 3 days.

Somehow when I didn’t have to worry about anyone else, I could just enjoy. I ate when I wanted, sat and watched people when I wanted, and stopped for things I wanted to see. I never did that when my kids were younger – as the “Disney person” in the family, I felt responsible to make sure everyone had a good time and saw everything. No regrets for that, but it certainly is nice to slow down a little!

My main MK day is four and a half hours. I’ve scheduled: Buzz*, 7DMT*, BOG, Hall of Presidents, Jungle Cruise*, and Pirates of the Caribbean. That’s not unreasonable?

I was so busy following my touring plan I did not really stop and look around. I do plan on doing that this time. Maybe bc I’ll be a little more familiar with where I’m going I don’t have to be staring at a map. Not sure. I plan on buying snacks and sitting, as opposed to eating in the run, in line etc. I missed a lot. I almost left my husband when he opted to use the restroom, and we missed getting right into Turtke Crush. We had to wait for the next round which threw my entire plan off. I however did not use the restroom once. Yay me.

Good question. For me, the answer is I don’t. Or at least, I don’t want to. When we went in November 2016, my wife and 2 daughters (both age 6) didn’t want to rush around, so we didn’t. The first morning we got in the parks, we were getting ready to ride Jungle Safari (made into Jingle Safari for Christmas holidays) and they got hungry so we stopped and let them eat a Mickey bar. They take their sweet time doing that, meanwhile I’m wondering if they can eat it on the ride. I’m telling my wife we need to go because this is the most precious time we can have all day is at the very beginning and we are wasting it with them eating ice cream. They can do that all day with no line!

If I were to consider stopping to smell the roses, it would be to eat a sit down meal or get a snack and finish it while I’m waiting in line for my next attraction. I am the type that wants to be there from park open to close. If the park never closed while I was there, I would be there for days straight, or at least try my very best. When I am at Disney, sleep is overrated.

This last trip, I had planned on getting my daughters silhouettes made. I never made specific times to do that, but we did that when we saw the guy off of Main Street. I also wanted them to “Pick a Pearl” in Japan in EPCOT, but we never got to that. I wanted to make earrings out of them to give to them on their wedding days. Oh well, another reason to go back. This time, I will make sure we get the pearls.

If I were to consider stopping to smell the roses, it would be to eat a sit down meal or get a snack and finish it while I’m waiting in line for my next attraction. I am the type that wants to be there from park open to close. If the park never closed while I was there, I would be there for days straight, or at least try my very best. When I am at Disney, sleep is overrated.

I used to be this way. But as my 20s proceeded through the 30s and into the 40s, and now that 60 is not very far away, I just can’t any more. And I don’t really want to. I’m still at EMH/RD every park day I have, and I typically close down at least one park each day. But during the day, I just take a much mellower approach, don’t try to cram as many rises as possible into every minute, and just enjoy “being there” and taking in the theming. I also take hundreds of pictures, which in and of itself tends to slow one down.

I am the type that wants to be there from park open to close. If the park never closed while I was there, I would be there for days straight, or at least try my very best. When I am at Disney, sleep is overrated.

This is me. We only get to Disney about once every 5 years, so the thought of not trying to get in as much as humanly possible is completely foreign to me. If I were able to go more frequently, I definitely think I could slow down. But there’s just no time for slowing down once every 5 years! Fortunately, thus far, I don’t get complaints from DH or the kids about this touring style.

I also think this sounds more than reasonable but then I am on the sleep is overrated when you are at Disney end of the spectrum.

It’s so difficult! we added an extra day just to hang around the resort (Poly) b/c we are paying a lot of money and wont even be there. then what did we do? Bought another day of park tickets since they were cheaper once we hit the 5 day threshold! This is our first year doing a TP so we’ll see how it goes. With kids, we tend to stop b/c they see something they want to enjoy. In the end, being at WDW is our “stop and enjoy” time. We are doing what we want to be doing versus working at home! The only time you’ll find us walking fast though is at RD. Rest of the time you wont find us rushing from one place to another.

I guess it’s a matter of priorities.

But even so, if I was ever there for just a week, I still wouldn’t be doing sun rise to sun set in the parks every day! 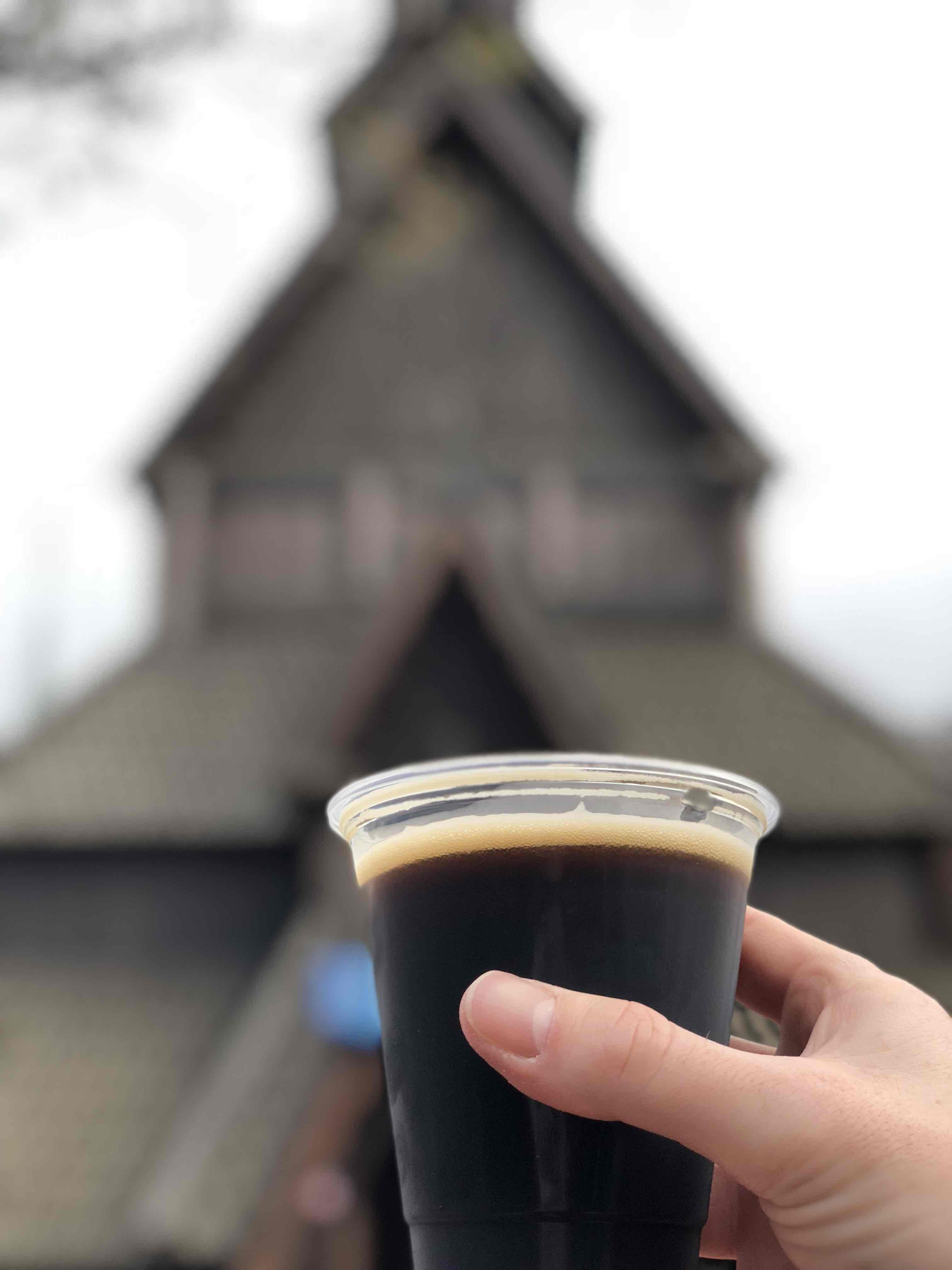 This is how I stop and smell the roses!

2-3 weeks?!? I’m jealous! I could definitely stop and relax if I had that kind of time!