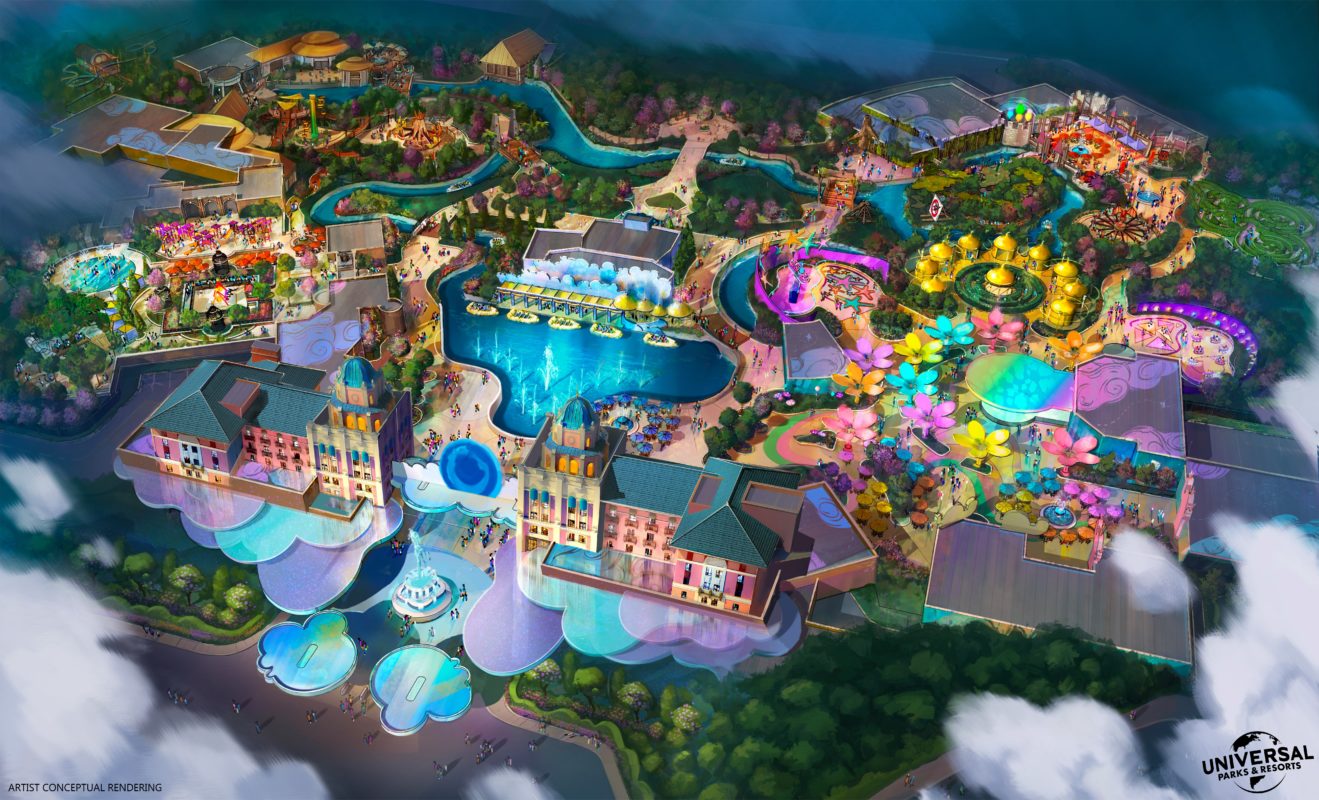 Universal Parks & Resorts just announced they have plans for a new theme park designed specifically for families with young children.

(My wife just alerted me to this.)

In Texas, eh? Wonder why.

They also have something going to Las Vegas.

My wife is cracking me up with texts about this, though. We are all excited that Disney gives us Tron after upteen years, and re-opened the train…in the meantime, Universal is building not one but TWO new theme parks now, plus an entertainment venue in Las Vegas.

In Texas, eh? Wonder why

I can make a guess. Texas has the same year-round accessibility as other southern locations, but it is more centrally located. It is intended to be more of a regional park, it says…so trying to attract those who maybe can’t easily travel to either of the coasts.

Yeah, but Disney hotels have free parking now. Can Universal say that?

intended to be more of a regional park

Can Universal say that?

That’s such a good point. I mean, yeah. When we stay at Dockside Inn in their family suite (for less than the cost of a studio at an All Starts resort), we’ll have to pay $15/night! Ridiculous!

Probably true. (It looks a bit on par with a Legoland target audience.) Although, Hagrid’s is pretty family friendly.

I think they are getting their foot in the door, though, and could likely expand over time.

The Texas project will be roughly 100 acres for the new park and a 300-room hotel.

Islands of Adventure in Orlando is about 110 acres.

Universal says the Texas park “is intended to have a completely different look, feel, and scale than Universal’s existing parks and will appeal to a new audience for the brand” and will include “family-friendly attractions, interactive shows, character meet and greets…”

For the people asking why Texas and not Orlando – Universal’s own words:

“The proposed park will be designed to be more intimate and engaging for younger audiences and will be sized for a regional audience.”

They are adding a year-round “horror experience” in Las Vegas!

Universal Parks and Resorts is bringing a permanent, horror-centric experience to Las Vegas! Fans can expect a variety of Universal classic films and contemporary frights brought to life through a continuously updated offering.

Universal released artwork for the “year-round horror experience” coming to Las Vegas. The concept will include “unique, immersive, fantastic horror-centric experiences” along with daytime food and beverage spaces that will turn into “haunting bars and eateries by night.”

Universal says “the space will also feature a continuously updated experience, must see seasonal events and one-of-a-kind merchandise. The “concept will bring to life Universal’s vast library of classic horror films and today’s most terrifying tales.” 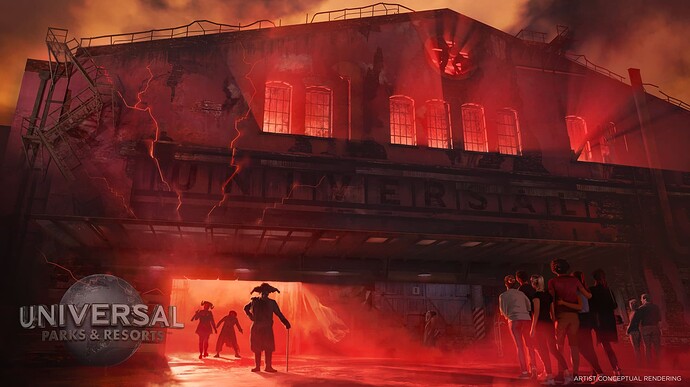 The Texas project will be roughly 100 acres for the new park and a 300-room hotel.

Islands of Adventure in Orlando is about 110 acres

It appears though that there will be more usable acreage since the lagoon looks small vs the huge lagoon at IOA.

Of course the hotel will take a chunk too. 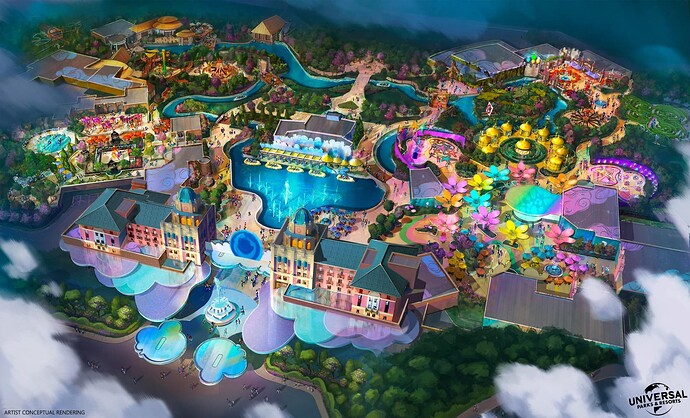 As a former Six Flags Corporate member, this is fascinating! The regional theme park business is really hard. There’s a LOT more competition versus a vacation resort.

That’s not a bad thing! I actually think zoning in on a specific audience, families / younger kids, is really smart! One of Six Flags’ weakness is that they can’t decide if they are a thrill park or a family park.

I do want to go to Vegas one more time in my life. Having a HHN year round there is really cool! (I admit I am a HHN mega fan now. If I could only go to Orlando once a year I’d go to HHN more often than not!)

This is freaking awesome.
Love this so much.

Speaking of Great Wolf Lodge, I could see people doing a vacation with both. Not those from within DFW, but maybe those a 4-6 hour drive away. Far enough that Great Wolf lodge wasn’t enough to do the drive.
My mother had texted me this first. She knows I’m a Universal fan. My first love will always be Six Flags though, and with DD being 12 now, she’ll be too old for this when it is built.

On our last Six Flags visit, I did have a realization on why some people are die-hard Disney fans. I have such a quantity of amazing memories from Six Flags, and I bet it is the same for the Disney fans. For example, someone else might wonder why there is stairs and wooden railings around a very shallow incline. I smile because I see the DD’s first snow sledding experience (on crushed ice in 67F weather). I remember friends and dates …

Universal, the very next day, tells WDW, hold my beer.

I had a similar discussion with my parents about my theme park passion. It really comes down to almost all my best formative memories happened at these places and other themed entertainment venues!

Now, I make more memories on these trips solo and with family. Plus, I feel totally safe and relaxed in these seas of people and sounds. It’s my home!

being 12 now, she’ll be too old for this when it is built.

Why do you say this? Are we thinking Legoland type park? 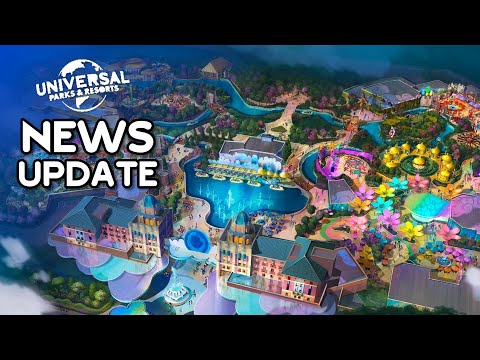