Adventure is out there! An adults-only (not very live) trip report

Well, somehow we made it to orlando and the world! My post covid planning block syndrome kept telling me we wouldnt, and even last night it was touch and go a bit, but we arrived at BCV at 1am! For a bit of background on the trip, see this post

I was going to start this report a little earlier but we had a bit of a… surprise last night before boarding in ORF. One of DH’s techs was in the airport and they started talking about his OR cases Monday… except we dont return Monday night until after 8pm.

So that was fun (i didnt cry! Dont psychoanalyze that). But thankfully a colleague, the only other one in the area that does complex coronary interventions, had a pretty clean slate monday and took on his cases. SO, crisis #1 averted.

Before that, DH came home really, really upset about a patient death. Not something he did or had any control over but still awful. He also got home at 6pm and our flight was out at 8pm. So it was a night.

Anyway, our room location and view is excellent, but it isnt for the lightest sleepers, though these days i bring an electrofan whenever i bring the kids, but fyi. I requested 122 and got 427. Same area, just up! Happy all around with that outcome. 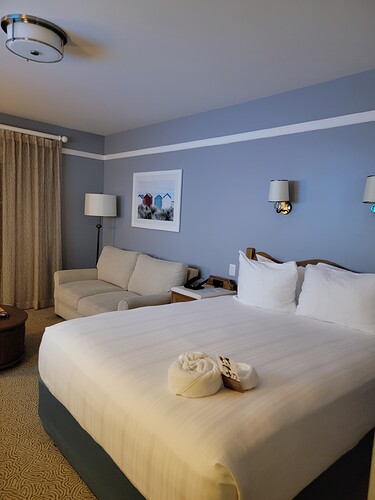 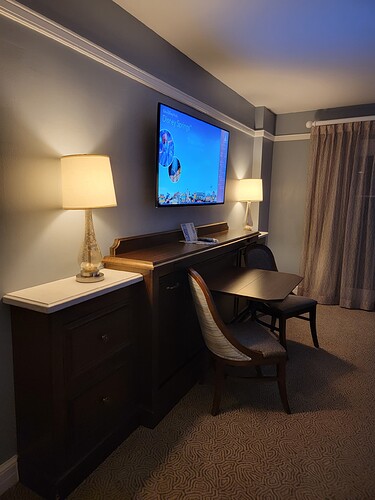 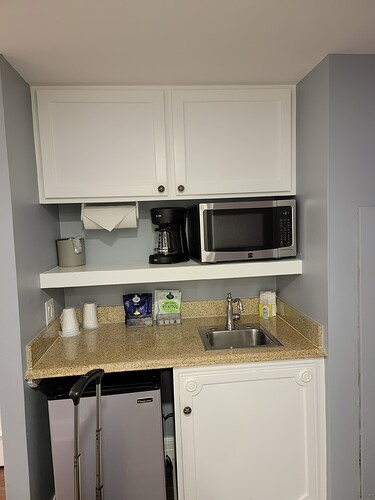 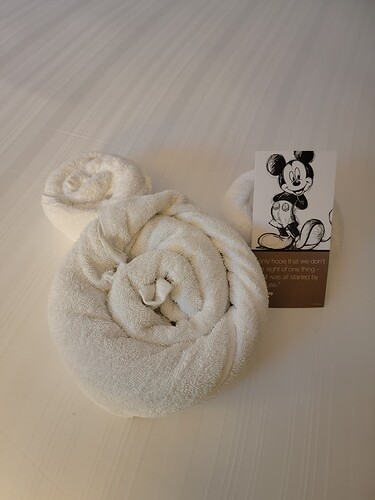 I slept almost none because ADRENALINE and was up well before my 655 genie+ alarm (shakes fist at chapek). I chose a 1pm ROTR and refreshed a bit to find a 1050 MMRR, planning to go at the very end of that window, muppets and then ROTR. Hoping to pick up ToT or MFSR at 1030.

Anywho, DH was up, so i made us an a&c breakfast res for 9 since neither of us ate last night. I come back from the bathroom 5m later and he is snoring

In other news, official park open is in 1m, reservations are sold out for today, and look!

I hope some offsite families have some luck!

That was touch and go, glad it all worked out, though. I love the blue walls in the room. Very calming.

Wow! So much drama in so little time! Glad you made it safely and can actually stay the whole time as planned. Looks like you’re set up for a great day ahead.

Man the weather. Wow. Shame. The view from our room is also terrible. 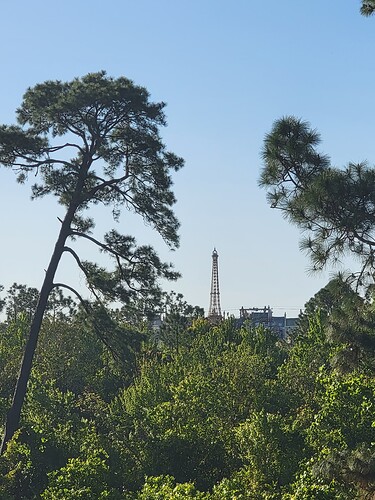 Waiting for a&c res now. Had an 855 but pushed it because i knew we wouldnt make it. Have never seen a&c so crowded. Was confident we could get in earlier but now ill be surprised if we are seated on time.

So MMRR just converted to an anytime. And then genie encouraged me to make an LL selection even though my window doesnt open til 1030. So i booked tsm for 1130. Is that a known thing?

Man the weather. Wow. Shame. The view from our room is also terrible.

Sorry about the weather and the view.

Enjoy A&C. Breakfast there is so yummy.

Yes. I didn’t discover it immediately when one of our LLs converted to anytime. It’s actually pretty fabulous.

Well, first breakfast was delicious. 30m ago. Havent seen our server since 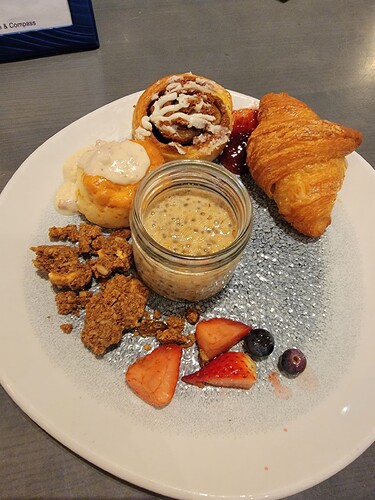 I open my mouth to complain and then 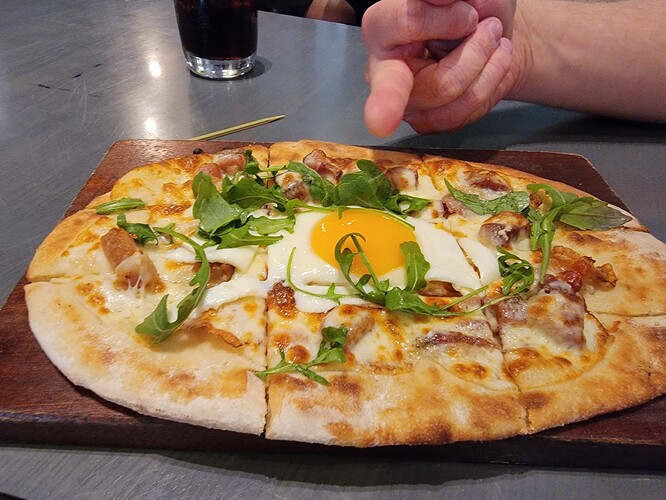 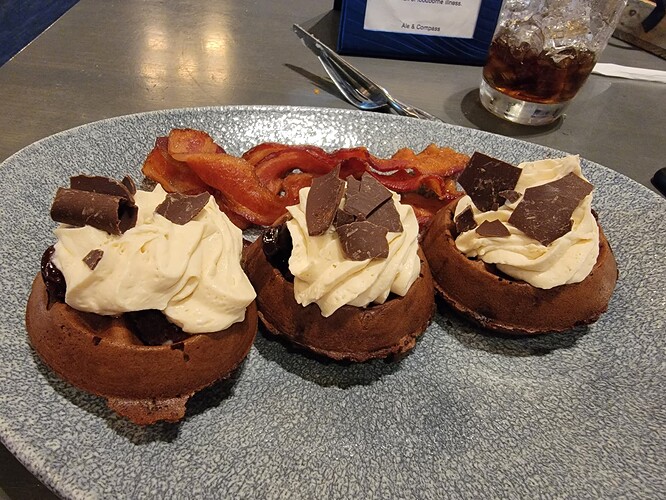 Is the finger pointing intentional?

Love the chocolate waffles there!

It is absolutely intentional lol 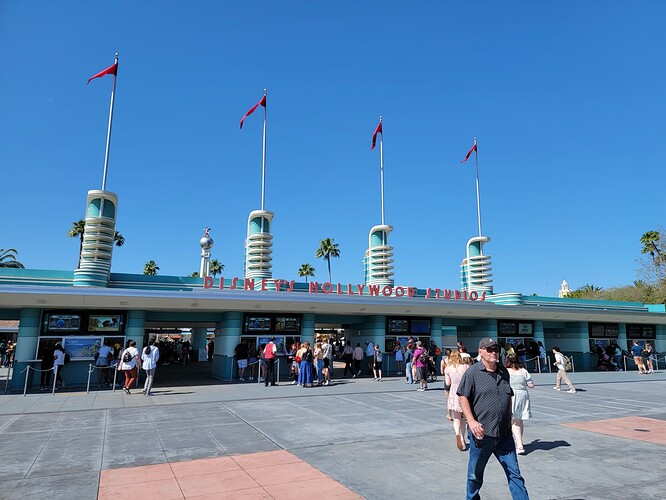 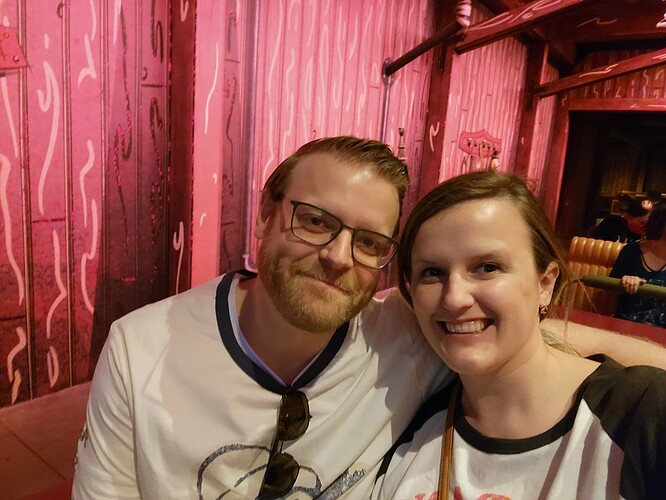 DHs first ride on MMRR! I agree with whoever said theyve toned the ride vehicle down a bit. Definitely not the suspension of disbelief i experienced my first go down the waterfall 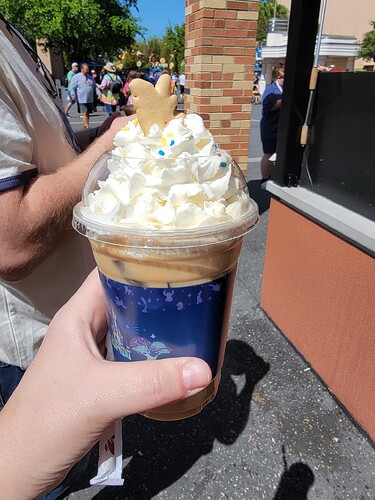 I’m in the minority on this, but I’m good never having A&C again. Our server disappeared too, and to me the food was one of the most “meh” out of the entire trip.

I’m sorry the waiter was gone for 30. That always surprises me. They could at least check in to see if there are time restraints such as genie reservations or such.

Ok, that picture of you both on MMRR is the absolute best! You guys are so freaking adorable!

That makes me sad. I thought the chocolate waffles were delicious.

The chocolate waffles were kinda’ amazing. @dboothsummers SO glad to hear you made it into the magic!