Technically, I will be in Orlando this week — I fly on Sunday (which is the end of a week, dumbasses, not the beginning of it: see ISO 8601).

There have been some bumps along the way. The smarter of you may notice that it is not, in fact, June 2020. But this counts as my June 2020 trip as the flight I’m taking is the one rescheduled (many times) from then.

There may be some further bumps. Britain is a disaster area right now.

First off there’s this: 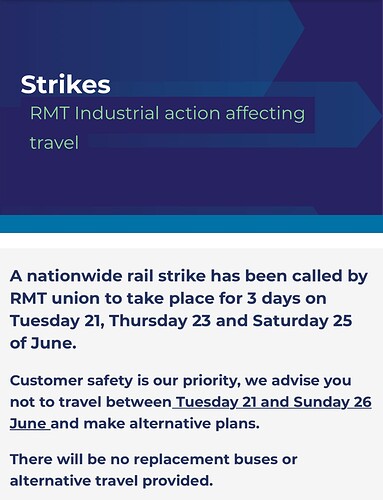 A national rail strike. Technically, they’re striking on Tuesday, Thursday and Saturday, but this will cause disruption all week. As you can see, my local train operator recommends people avoid trains for the next seven days.

And then there’s this: 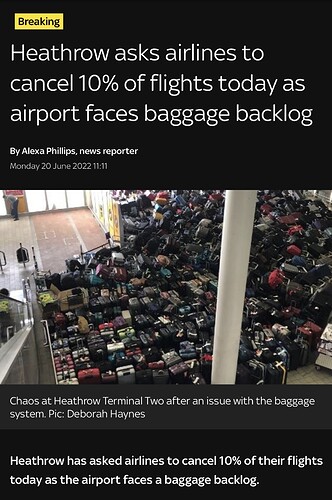 Virgin Atlantic — who I use — cancelled three flights today.

Knowing this was all coming, last week was very much crisis planning week. I was originally due to travel down to London on Saturday for my flight on Sunday. That’s a strike day so a clear no go. I switched my train to Friday. And booked a second, back-up train. Just as well I did: the first one got cancelled, despite it not being a strike day. I’ve also booked an emergency back-up hire car. Just in case

So the new plan has me arriving in London on Friday and staying overnight. Kerching. Try finding a decent hotel at short notice in the summer in central London for under $400 a night.

Why stay in central London? Well, I figured: what should I do with my free day? Answer: 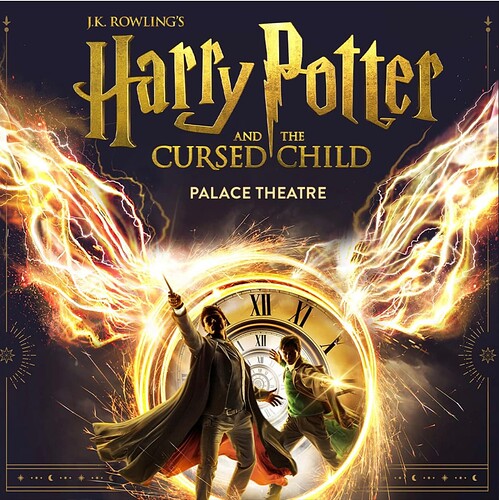 The joys of travelling solo. They had very few seats left, but they had a pretty decent one at the end of a row in the stalls. I like being at the end of the row: easy in and out (it’s the end by the doors) and only one COVID carrier sitting next to me.

The seat was $200, which I was surprised by. I thought it would be more. It’s two two-and-a-half hour shows presented on the same day, with a couple of hours break.

The hotel I found is only a couple of blocks away. The cheapest room they had was this one: 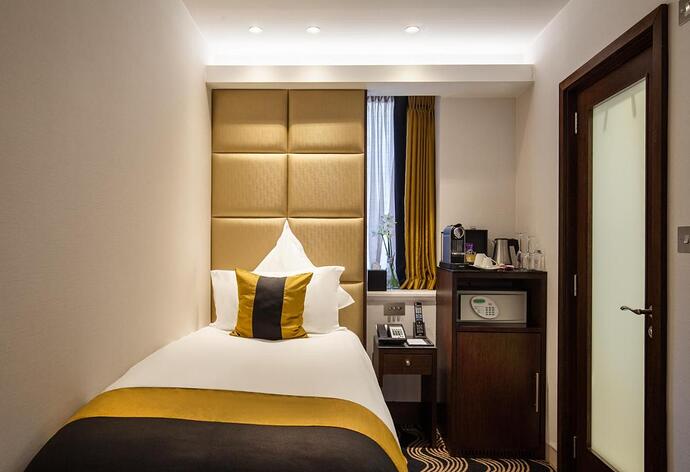 (Stock photo.) That bad boy is costing me $450, all-in. Including breakfast. I know, right? But it looks nice, gets good reviews and, as I said, it’s in a killer location.

How to get from there to Heathrow? The Heathrow Express, of course. Notoriously the most expensive train in the world (probably) by cost per mile, it is incredibly convenient and fast.

I’m less ragey about all this than you’d imagine. The changes that have been forced on me have all actually made the trip either better or more convenient. For example, the train I’m now booked on runs direct from Harrogate to London. No changes. The taxi to Heathrow is, obviously, door to door. No dragging luggage around tube stations.

Oh and, as we’ve discussed elsewhere, the US finally dropped its COVID test requirement. And I got a refund for the one I had booked, thanks to Amex, who are always amazing at getting your money back. Big fan.

Next up: packing excitement. Spoiler: I started last week.

That Heathrow pic is giving me anxiety.

And I got a refund for the one I had booked, thanks to Amex, who are always amazing at getting your money back. Big fan.

Good luck with the packing and all the pre travel craziness!!
I hope everything goes perfectly

That Heathrow pic is giving me anxiety

It was clear from early last week that the smart move was to take carry-on only.

So I’m taking my trusty suitcase that I bought for my first ever WDW trip. And this very nice, very posh briefcase I bought about twenty years ago when I got a new job.

I used that photo of the briefcase so you can see where I’ll be sitting on the plane. I’m in Virgin Upper Class — probably for the last time: they’ve priced me out. Which is actually a good thing because Premium Economy is fine and much cheaper and I can probably do three trips a year with the savings. But the relevance of the seat pic is: Yay! No COVID for me.

Actually, definitely no COVID for me: 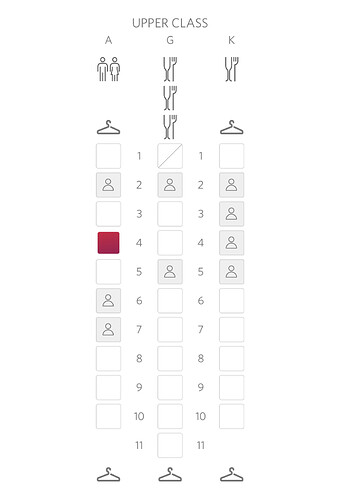 Calvin is pestering for a walk. Back with more packing excitement later.

It’s two two-and-a-half hour shows presented on the same day, with a couple of hours break.

Oh, they didn’t reimagine London’s to be both parts in one during the shutdown? I thought they were doing that with all. They did in NYC, but I have no idea how it is since I refuse to give JKR any money.

I know… How does that even happen?

Looking forward to following! Hope all the travel works out and goes as smooth as possible.

I think this hotel room looks glorious. So cozy. Perfect for a tea and a book.

I flew first class to Germany last month and it was glorious! I also really loved the Polaris lounge with United. And having separate checkin lines. One airport worker tried to get me to go to the regular line, I was like thanks but I’m milking this for all it’s worth.

I don’t come over to the forum that much- currently following @melcort’s U.K. trip. But every time I do, @mousematt has a trip report running… (not jealous!).
What’s planned this time?

It feels like this entire forum is traveling at the same time I am. How cool is that?

Oh, they didn’t reimagine London’s to be both parts in one during the shutdown?

Only the North American (San Francisco, Toronto, Broadway) productions were trimmed down. The Australia, Germany, and London productions remain two-part.

Heathrow pic is giving me anxiety

Me too. International travel is still so stressful, even without Covid tests. As if you needed strikes and labor shortages to add on to all that.

Ah. I didn’t pay a lot of attention because, like I said, I’m not giving she who must not be named any money. Interesting they didn’t reimagine them all.

I bet they’ll see how the condensed show plays and then roll it out to the other locations if it makes sense to.

I hear you. But I’m a big fan of the boy who lived so I actually just saw the production two weeks ago in NYC. And it was ah-mazing. I laughed. I cried. I was scared. And excited. It was so very good. And I just focused on how much of my fees were going to the actors and the theater itself and Broadway in general.

@mousematt so glad to hear you’re rolling with the punches and looking forward to following along! I hope you love Cursed Child half as much as I did.

Following, fingers crossed that things go smoothly for you.

So I’m LGBTQ+ advocate all the way (my daughter is included in this group and I try to do all I can to let her know how much including banning ChikFila with her). But to be fair does JKR actually fund any anti-trans groups? She has been such a giving person from what I read…I thought she was the only billionaire to lose that status due to donations? It’s sad she’s so stubborn and can’t learn to grow her mind (especially given the concepts of her books). I’m not entirely aware of all the things she’s said but I do remember reading she wanted to die on a rock for something along the line of women are people who menstruate (which is stupid cuz young cis girls and cis older women don’t). However, saying ignorant things and actually doing something about them are two different categories of bad to me. I really love the Harry Potter series (more than ChilFila!) and it’s a hard thing to give up.

I hope they don’t, I wouldn’t want to lose a single minute of it.