Will we survive? Easter week at UOR w/out EP!

No apologies necessary! I wanted to try it again. But I only wanted to ride it this time if Carly did and she said no.

Today feels even more crowded if that’s even possible. Won’t bore you with the details but our morning was set aside for water rides followed by rest and showers at the hotel. But Ripsaw Falls was down. We did the other two but might try Ripsaw right before close.

In the room relaxing and then realized the last Beedle the Bard show was at 3:00. You want to see a race thru NY? That was us. Was afraid for a minute we wouldn’t get back in! But they had a return lane and let us thru. Beedle was fantastic (we rolled up sweating and breathless right when it started) and we just stayed put for Celestina. With a little refreshments! 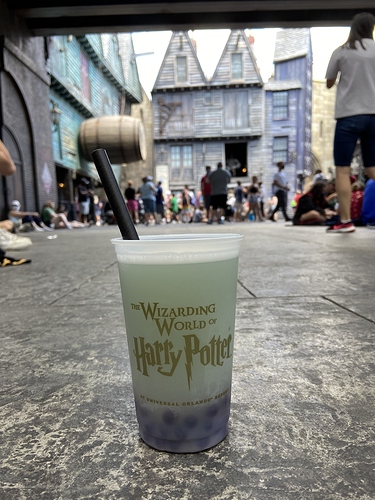 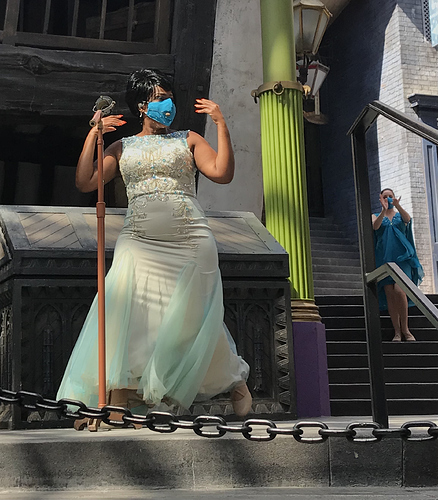 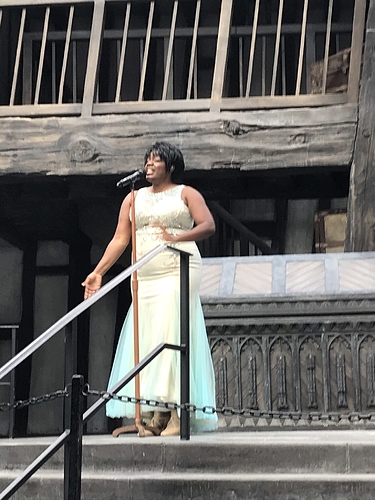 Carly is out casting spells. I’m still relaxing by the stage.

We also did MIB and Twirl/Hurl this morning. In line for MIB and the couple in front of us was crowding the family in front of them. The dad asked the couple to stay back on their line and they were not nice! They kind of laughed and said something about assuming risk and looked at us for confirmation. Only to find us way back on our own blue line.

Then they passive aggressively made sure they were not on their blue line for the rest of the (very short thankfully) line. Guess what … they all ended up in the same ride vehicle! Line spacing is mostly nonexistent. Which I hate and not because of covid. 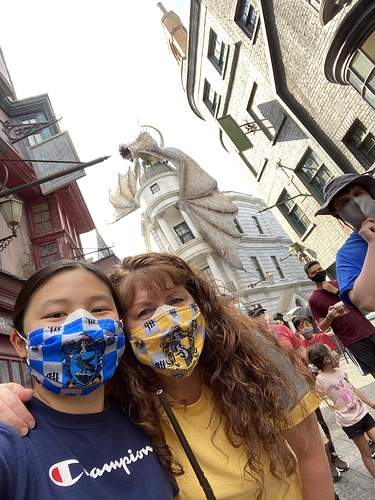 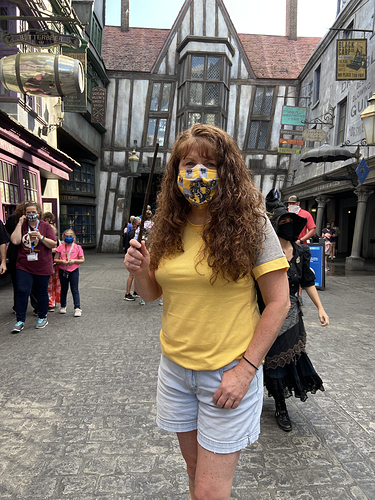 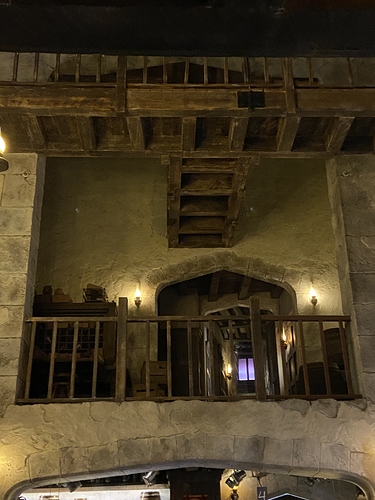 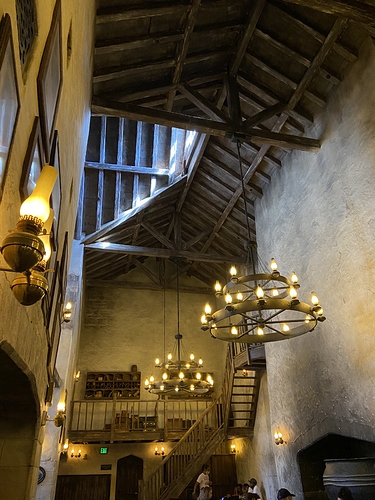 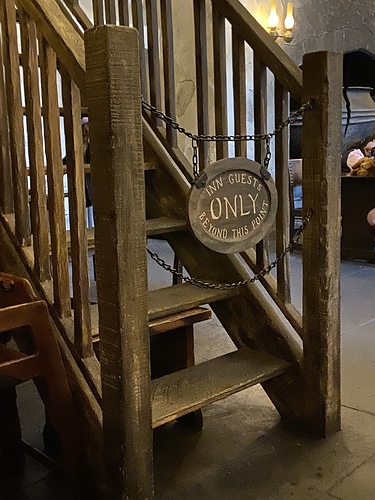 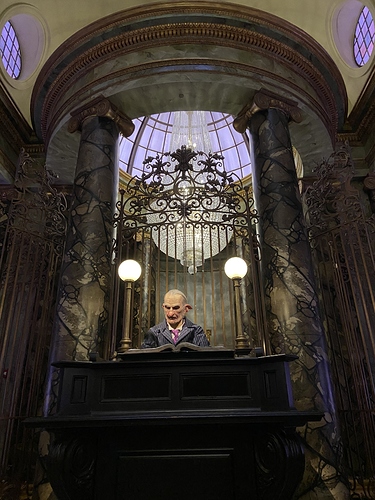 Is it weird that I have a favorite goblin at Gringott’s? 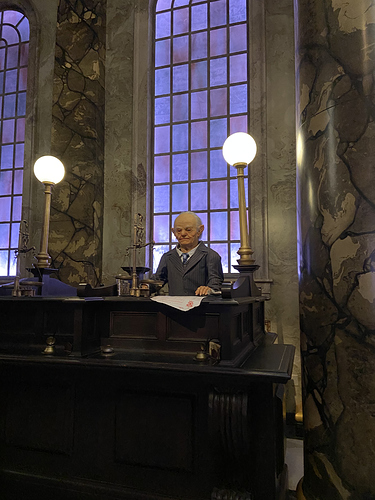 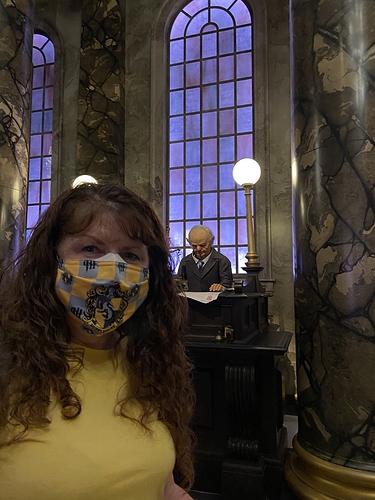 We survived! The crowds were pretty bad as expected but we managed to do everything we really wanted to do. Last night ended with some disappointments but we’re focusing on all the great things that happened instead. 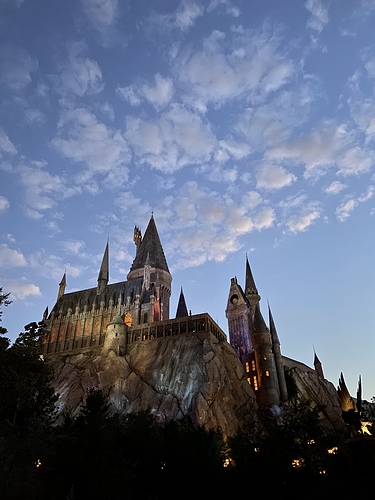 Leaving UOR for AKL this morning. We’re ready for the change. We had a good time but our hearts belong to Disney.

Take aways - you can do it without EE or EP. and without waiting too long in lines. Other than Hagrid, our longest wait was JP at 56 minutes. Most waits were under 20. It is unfortunate that the Hagrid line is minimum 60 even with the virtual line. I guess they’re counting on getting people out of the other queues for that time.

Hogsmeade by 10:00 am yesterday was so crowded you practically couldn’t move. If you aren’t comfortable being that close to others for covid or other reasons, get in and out early and then go back later in the day. Diagon Alley is not quite as bad since there is more space, but still very crowded in the middle of the day.

Is it weird that I have a favorite goblin at Gringott’s?

My sister used to work at a nursing home and one of the goblins somewhat resembled one of her favorite residents, so she was always partial to that one. Short answer is I don’t think it’s as weird as you may think!

Only weird when it isn’t the goblin at the money exchange.