Who owns the rights to your WDW vacation pictures? You or Disney?

Take Lion King. It was stolen from an Asian copyrighted piece called Kimba The White Lion. When they tried to sue Disney for infringement, Disney bought the company that owned it so that they couldn’t be sued. They have done this a lot over the years.

And here’s the wiki entry for Kimba: Kimba the White Lion (ジャングル大帝, Janguru Taitei, lit, Jungle Emperor) is a Japanese shōnen manga series created by Osamu Tezuka which was serialized in the Manga Shōnen magazine from November 1950 to April 1954. An anime based on the manga was created by Mushi Production and was broadcast on Fuji Television from 1965 to 1967. It was the first color animated television series created in Japan. The later series was produced by Tezuka Productions. The anime series has enjoyed popularity wo A new TV ...

I can’t find any evidence of a lawsuit ever actually being filed, much less that Disney bought them out to avoid a suit. The Huffington Post article even mentions the original animator was honored that Disney “may” have leveraged Kimba to inspire Simba…

Don’t under estimate the power of Disney to hide it retroactively.

But it was a big deal and in the news at the time when it happened. I actually can’t recall if there was ACTUALLY a lawsuit, or a threatened lawsuit, actually. But the point was that Disney clearly violated copyright and then tried to cover it up.

There are other stories surrounding Disney in this regard. I had a friend from High Shool/College who’s boyfriend actually worked for Dreamworks. There was this feud between Disney and Dreamworks because Disney had effectively taken a story idea from Dreamworks and made it. Well, it wasn’t quite so clearcut, actually. I think this was the Antz versus A Bug’s Life situation. Antz was originally pitched by Katzenberg, but Disney didn’t original do it. Bad blood existed, and Katzenberg when on to help form Dreamworks. They then started working on Antz, trying hard to beat out the A Bug’s Life that Disney ultimately decided to go with. Disney claimed Dreamworks stole the idea from them, when in actuality it was kind of the opposite.

Anyhow, in retribution, Disney tried to (or did? Forget the exact details now) buy the land surrounding the Dreamworks studios so that they couldn’t expand. Don’t recall how that played out, exactly. But in the end, Disney tried very hard to make sure everyone believed Dreamworks took the idea from Disney when it was the opposite. There was evidence to suggest that Disney only make A Bug’s Life because of Katzenberg’s departure.

Of course, my memory is hazy on the details, so forgive me if I misrepresent anything. Just conveying the gist of things.

Point is, Disney has deep pockets and will go to great lengths to protect its own copyrights…but will tread on others’ copyrights and use those same deep pockets to get away with it.

Disney tried to (or did? Forget the exact details now) buy the land surrounding the Dreamworks studios so that they couldn’t expand.

I can’t make my mind up if that’s childish or genius!

I can’t make my mind up if that’s childish or genius!

There’s nothing to say it wasn’t both! 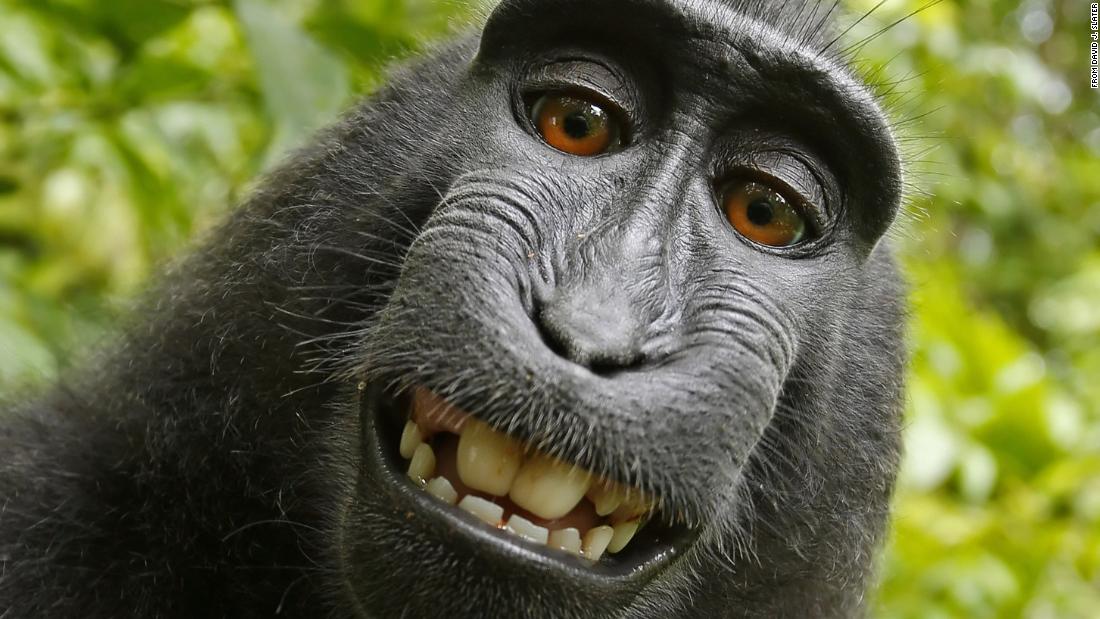 Monkey does not own selfie copyright, appeals court rules

Naruto, a crested macaque monkey in Indonesia, has no rights to the (adorable) selfies he took on a nature photographer's camera, according to the US 9th Circuit Court of Appeals. Learn more.

Do you recall reading this case about a monkey which photographed itself?

The real question is… was Kimba also based on Hamlet??

Saddest moment of Big Brother this season (and that is saying a lot) was when a “punishment” was that at a certain command, one of them had to read Hamlet aloud - and partway in, another braintrust said “Oh my god! This is just like The Lion King! But with people!”

Thanks for the response. Certainly not contending Disney is a perfect company that would never transgress on others. And there are definitely Kimba/Simba articles around (the Simpsons even took a shot at them in an episode) and lots of similarities, although lots of differences too. Just no lawsuit or takeover to hide their tracks…

In a similar fashion, Avatar is really just a re-telling of Dances With Wolves.

Actually, if you look at many Disney movies in the past couple decades, they tend to either be remakes of their prior properties, or else re-imaginings of existing fairy tales. Little Mermaid. Beauty and the Beast. Frozen. Tangled. Etc.

Lol. When it first came out, we called it Dances With Smurfs

Just no lawsuit or takeover to hide their tracks…

Yeah. I mean, part of this my memory. Threatened lawsuit and lawsuit are two different things. And maybe it wasn’t buying the company, but buying OFF someone. It may have been the latter. Money was involved, however, with Disney doing the paying.

I do recognize that there are certainly nuances to any story, though! Disney would never admit they got inspiration from Kimba, despite the obvious similarities. A FEW similarities can be understandable.

Oh well. We will be seeing “The Lion King” in live action next year, regardless.

True. Though technically Avatar was not Disney when it came out I believe.

I’m glad I never heard that comparison because I would never have seen it. I am highly phobic of wolves.

Avatar was originally distributed by 20th Century Fox. Zero Disney involvement until the Pandora agreement with James Cameron to bring the IP into the parks. Of course now with the Disney takeover of most of Fox, Disney will end up owning Avatar going forward.

Honestly, I’ve never seen Hamlet. Other Shakespeare works, sure. Never Hamlet. Never had an opportunity to. But several years ago, I did read a book that was a re-imagining of Hamlet, called, “The Story of Edgar Sawtelle”. It was…weird. And so I’m guessing Hamlet must be as well, because the parts that I felt were the most weird about the story were those things drawn directly from Hamlet.

Back in high school, there was a Mel Gibson version of “Hamlet”. It was pushed on our Creative Writing class by our teacher as a movie we must go see! But it was at the theater for such a short time, I didn’t catch it. Never found it on DVD either. But after reading Sawtelle, my desire to see it (Hamlet) has diminished.

I don’t think Hamlet is weird, it’s a good story!

I don’t think Hamlet is weird, it’s a good story!

Anyone recommend a specific film adaptation that is particularly good? There is occasionally a Shakespeare festival that a local theatre participates in, but I’m not interested enough to pay theatre prices to see it.

I think there’s a Lawrence Olivier version that’s probably good. I’ve only seen the play, not a film.

The classic is from 1948 with Laurence Olivier. Kenneth Branagh directed Hamlet in 1996, starring Mel Gibson.

Umm anything with Kenneth Branagh is worth watching.