On this site? There’s been a lot more than that, perhaps just not catalogued.

Yes. I figured there are more.

Would be good to get the word out more to leave notes. And a place to post/share that you found one.

Get on it, guy

Someone else may gladly

I’m glad you explained that. I was rereading Exodus 13 and 14 for the connection.

@bebe80 I started a thread for you.

The least I could do for the Boarding Group Guru.

There is a long held tradition to leave a message in your hotel room Bible for future Liners to find. The correct location is p.71, in honor of the year the Magic Kingdom opened. Include your profile name so you can be notified when the note is found, perhaps years later! Examples: September 2014 December 2014 December 2018 July 2021 If you find more, let me know and I’ll add them to the list! P.S. The title of this thread is supposed to invoke a certain song.

Well there was no Bible at all on the trip after (not in the same room but…) so I fear my note will never be found.

They’d mainly be on chat I think.

For people who don’t know, the note is left at page 71 of the Bible for the year WDW opened, so always check

Oh this is so cool! We must spread the word so that new generations of liners continue this tradition.

I’ve left some, mostly at AKL.

Wow, I’m suddenly even more excited to book AKL for my next trip to the world! (Will refrain from asking for your past rooms numbers,

It is becoming more and more apparent that I am not going to finish this trip report. At least I set y’all up with that expectation

I figure the least I can do is leave you with some overall thoughts. And maybe a picture or two.

Summer at Disney Our first trip was August 2018 and while I remember it being hot, I do not remember it being so unbearable! I chalk this up to a couple of things. First, it was our first visit so we were distracted by all the newness and magic. Second, thanks to this forum and TPs in general, we had awesome plans for each day. Everything was well planned out, we had great FPs, and we never waited more than 20 minutes for anything. All that to say, we are decidedly not Disney in summer people. Thankfully our schedules are all very flexible so we can avoid this time of year in the future.

RD We are not a rope drop family. We managed it a couple of times, sort of, but we are not made for it. We were at official RD for HS one morning and that was mostly successful. I say mostly because my aunt really wanted to ride SDD, but she announced she needed to go to the bathroom as we got to the stroller/ECV parking area. The line was moving at a pretty good clip and we could not wait for her without getting pushed back far in the line and ending up with an hour plus wait. I felt awful, and, in hindsight, I should have tried to have my mom get RS on her band and then swap out, but it was way too late by the time I realized that. So me, DH, and the big 3 rode and were off right at park open. My aunt took it in stride. Another morning we just missed RD at AK, but still made it on and off FOP in less than an hour. We RD’d Epcot and that was successful. My favorite morning, by far, we arrived at AK right around park open and headed to EE. Me, DH, and the boys rode 6 times in a row before it stopped being a walk on! Then we had breakfast at Y&Y Local Foods followed by KRR 3 times in a row with maybe a 5 minute wait. We didn’t have to be up near as early, and we didn’t have to fight those crazy RD crowds. It was great! In general though, we are night owls and would prefer to sleep in and mosey into the parks a little later. Not having FPPs makes that strategy less viable though. And even with a break or a nap, my little kiddos cannot handle both an early morning and a late night. So, that brings me to the next topic…

FPP I know there has been plenty of debate over FPP on here, but I firmly fall into the “bring back FPP” camp. Having FP allows my family to sleep in and not be in such a rush. It also allows for better planning in my opinion. We did a lot of pivoting this trip. So many things did not go the way we (I) planned. Often because the lines were too long and we just weren’t willing to wait. Also, because of the demographics of our group (ages 70, 69, 41, 40, 9, 6, 4, and 8mo), and the mobility issues (2 ECVs and a double stroller), we couldn’t pivot quickly. If we saw that something had a short line and tried to head over there, by the time we grabbed the ECVs and strollers, walked over there, parked the stuff, and got to the ride, the wait had gone up. FPs guarantee me some rides with lowish waits. I like that. I want that back.

ECVs There were so many benefits to the ECVs. They allowed the slowest folks in the group to become the fastest. They allowed those with issues to be able to hang for the whole trip. They were great for tired little legs to hitch a ride on. I’m thankful we had a rental though. I think it would have been much more time consuming using Disney transportation.

I’m sure there are other topics I could speak to, but I can’t think of them at the moment. Feel free to ask about anything.

And now, a few pictures: 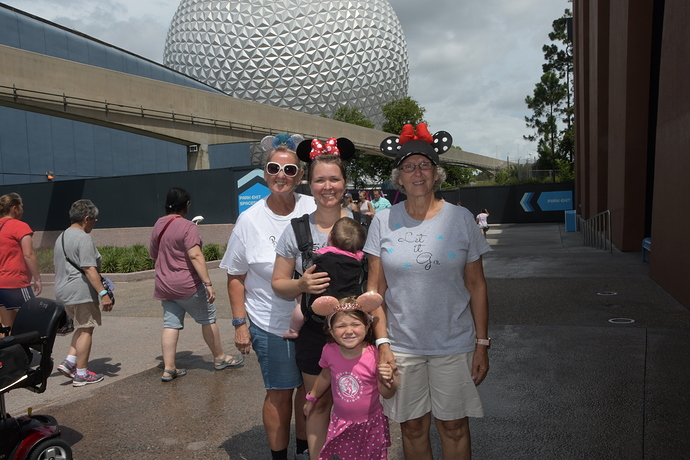 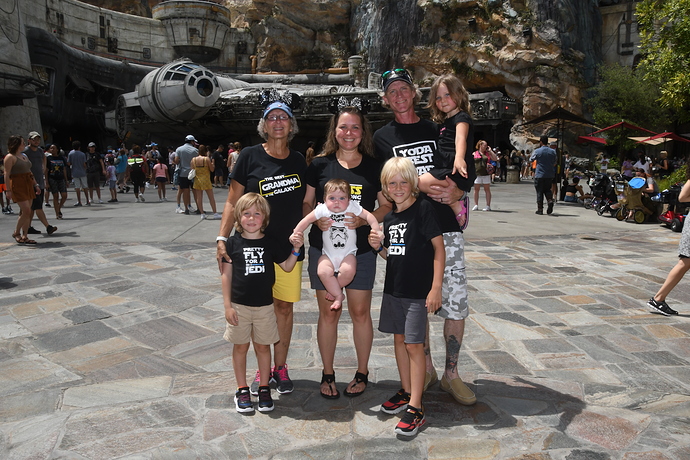 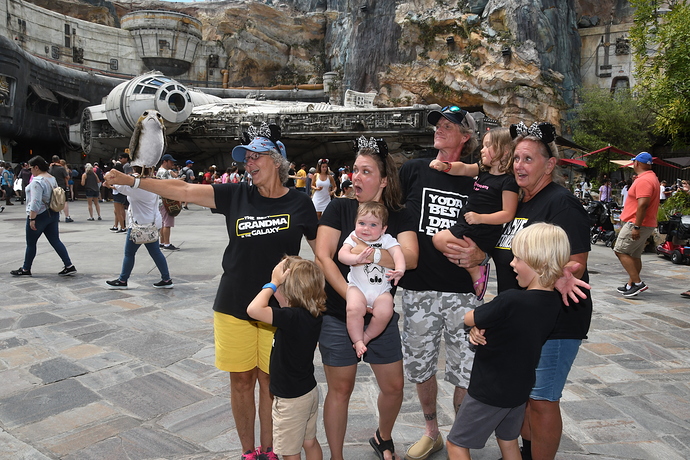 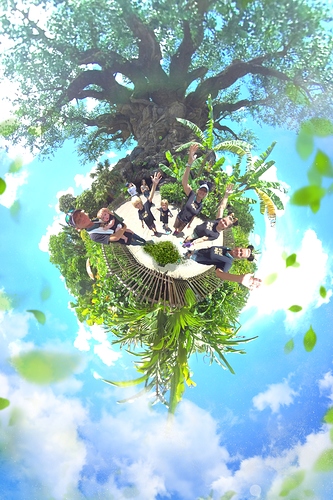 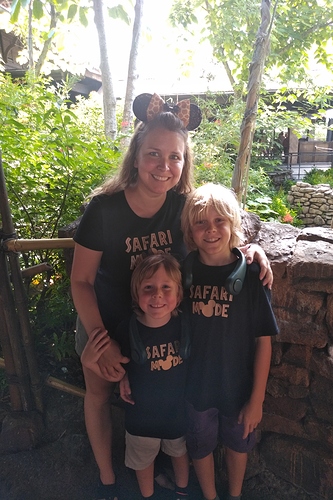 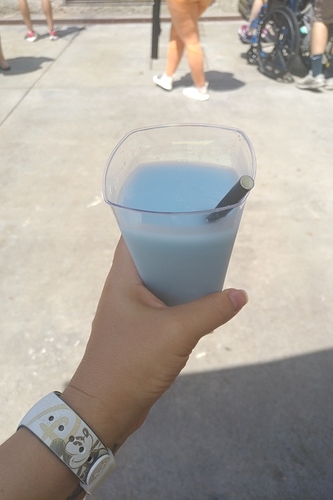 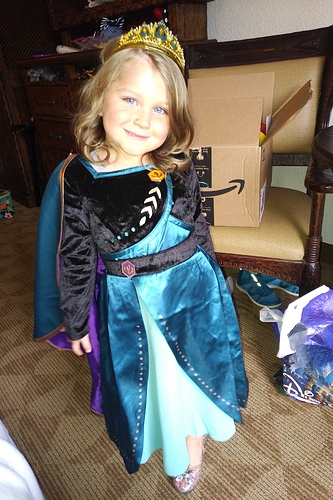 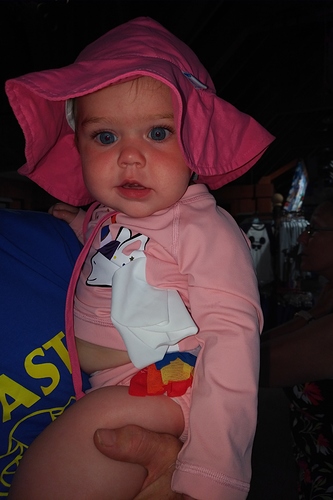 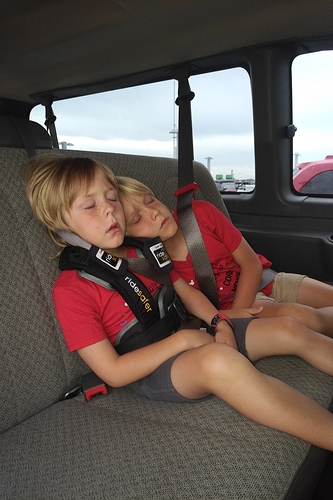 And I’ve thought of 3 things to add.

Blizzard Beach We spent a day at BB. We rented a Polar Patio. I requested the one in the toddler area and that’s the one we got! I wanted it for two reasons - it’s in the toddler area and it’s the only PP with an actual roof. I think the PP was totally worth it. I ended up spending most of my time in there with the baby and I was thankful for the shade and the attendant to bring me food and drinks. The day overall was kind of a bust though. There were storms in the area all day and the pools/slides were closed more than they were open. Everyone still had a nice, relaxing time. The kids didn’t even really complain too much about not being allowed in the water.

Random Stuff After having bell services pick up our bags on our last morning I realized that I hadn’t left a liner note and there were no pens or paper in the room. DH scrounged up a green crayon from the floor (kids come in handy sometimes!) and left a short note on the back of the one I had found.

DH’s favorite thing that happened on the trip was going to Homecomin’. Not just because the food was delicious, but because I happen to book our ADR on their 5 year anniversary and Chef Art Smith was there! My husband was star struck!

I wasn’t able to do this either. No paper or pen in the room.

Glad you all had a great time!

Love the pic of the two boys in the van dead to the world! I hear you about the heat in summer! We went last August and everyday i had a moment where I thought … Nope, I can’t do this. But powered through somehow. We are not used to heat + humidity AT ALL living in the Pacific NW, so it was a rude awakening.

We are not used to heat + humidity AT ALL

I’m used to it and still couldn’t handle it!

Looks like you had a great trip! Thanks for letting us take a peek into the fun!

I firmly fall into the “bring back FPP” camp. Having FP allows my family to sleep in and not be in such a rush.

I think most people want Fastpass in some form. I think there is disagreement about what that looks like. According to my poll, most people would take Fastpass as it was if that was the only option.