VIP tour options/how would you plan your day

You all are no joke when it comes to planning. I am constantly in awe with the color coding, rope-dropping speediness that Liners showcase every day.

We are people who like to sleep in on vacation and mosey to where the wind takes us. Often eschewing months long planning on my part so our DS12 can ride Splash mountain or Test Track a hundred, billion times in the Single Rider line. My DH often won’t have the patience to sit that long and will walk around while I’m left on a bench, waiting at the exit to spot his little body running from exit back up to entrance.

This year is different, like many of you have already experienced. There are now BG’s which weren’t in play since our last visit (the week before TSL opened) and FP’s + or otherwise are no longer in play. Park reservations are now required and ADR’s have shrunk to 60 +10 days for staying on site. Now add the unknown of the 50th and post Covid crowds and now the announcement of Remmy’s opening 10/1.

I have a problem I’d love advice on. With the lack of planning and a severe case of mommy only FOMO, what would you do in this position. The following is theoretical only. If we have a good year with our new company, we want to treat ourselves for being house bound-isolated the last year (1 year next week!)

We have 2 weeks at BLT (W-W) early December, this year. I’ve stumbled over park reservations, but I’m having a hard time solidifying them. We tend to focus on MK, Epcot, HS, with hopping usually between HS and Epcot and vice versa. I have 1 day allotted for AK (I’m the only one who liked it). Weekends we previously would do UOR for their paid Express Pass to avoid the crowds. Crowds are our biggest no-go, tied only with waking early. We probably wouldn’t be entering most parks until around 2pm.

To help make sure I get my must-do’s, I’ve talked my DH into getting a VIP tour. I’m asking for 1, he’s now saying he wants 3. His logic is, instead of spoiling us and ruining any future visits, he would like to avoid World of Dreams, instead telling me I could have 3 separate regular private VIP days. So 21 hours as opposed to 12. (Silly man, I was only asking for 7!) No food or alcohol included in the 21 (I think)

How would you split up the tours/days? Would you do it on the weekends, thereby moving UOR to weekdays instead, negating Express passes? Which days would you go to which parks? Common sense lends towards 1 tour each for MK/Epcot/HS, except I’ve never been on FoP and want to try that (the other two won’t touch it as they get massive motion sickness).

So maybe MK, and HS get their own day, and Epcot/AK share one? And which attractions are must do’s and which ones are ok to pass? I had a good idea, but that was all before TSL and Batuu so I’m only going on current and recent trip reports. And what about meals? Like must do TS spots that reservations have been particularly tricky to procure? Last detail we are hoping to do multiple MVMCP’s if those find their way back as well. At least 2.

I’m not trying to show off or be a prick, I’m genuinely asking for how my favorite planners would use 3, 7 hour VIP days, after 2-ish pm between all 4 parks to avoid crowds and get the most experiences in with a family who likes to drag their heels/do things on the fly/ on their time instead of actual planning out full TP’s.

This might all be moot anyway if FP’s, and subsequently tours, aren’t available by then. Yes, I understand I am lucky. As someone who once called a '78 Beetle “home”, this is not lost on me. I’m also not going to pass this opportunity up for my child as a “thank you” for isolating with us this past year.

Thank you for any and all suggestions = )

I’ve never done a VIP tour and I don’t even know where I’d start! I guess the whole point is that you can do whatever you want.

But I tend to agree with your logic of moving UOR to weekdays and having the tours on the weekend.

I have zero information on this subject, but I want to know what you end up doing! Awesome.

I did a DLR version for 6 hours a few years ago. Very laid back. We just bounced around both parks and did our favorite attractions and ended with the Electrical parade.

From what I remember, there was an option to have everything strategically planned out or in the moment planning, which was what we chose.

Before, at least I could use ADR’s and FP’s to shore up plans 6-3 months in advance and I’m just having such a hard time getting settled in with my plans.

In my mind, this will be our own “rope drop”, West Coast time. I think I want to plan headliners first, then back-fill on repeats and parades. Knowing RotR still won’t be FP by then, I know I’ll already be trying to get a BG on my own. Probably the same with Remmy’s.

I do know I want to try Space 220, so I could ask, if I book far enough in advance, if they could help secure that ADR. It’s been 4 years since my last trip, what are other hard to get reservations (that will allow cargo shorts and jeans/leggings)? I looked at Topolino’s, but their dress code is more restrictive. Is BoG still hard to get? And Momma Melroses?

I want to do a trip report with the guide, especially if we do more than one tour, so others can get a feel for the experience as well. Our DLR tour, we opted for fewer visits so we could use the money instead as an addon to the next trip so we didn’t feel it as much budget wise. I’m just not sure my phone battery can handle my chattiness, especially as I once I hit a park, I don’t go back to the room until it’s time for bed.

oh wow, that sounds incredible. What an amazing thing to look forward to! I’ve never considered a VIP tour, but I’m sure you need a full day at HS. I’d do that first, just in case you don’t get to do something on the first tour, you can go on the 2nd. Same strategy for 2nd vs 3rd, depending on your priorities. I’ll keep thinking, though I’m sure it will depend on what else might open by then.

See! That’s exactly what I was hoping for! What a great idea starting at HS, which is the park I think we’d need the most help on. Thank you!

Also, my first tibbit for anyone also looking at tours. They also have fantastic group ones which have pre-determined attractions for $150-$250 a person as well. They have a thrill group, a classic MK group and an AK at night tour.

But the tip I wanted to share, when booking, the tour starts as soon as you are greeted for the tour. They can come to your hotel, but that eats up precious tour time! Start your tour at a specific attraction and GOGOGO! 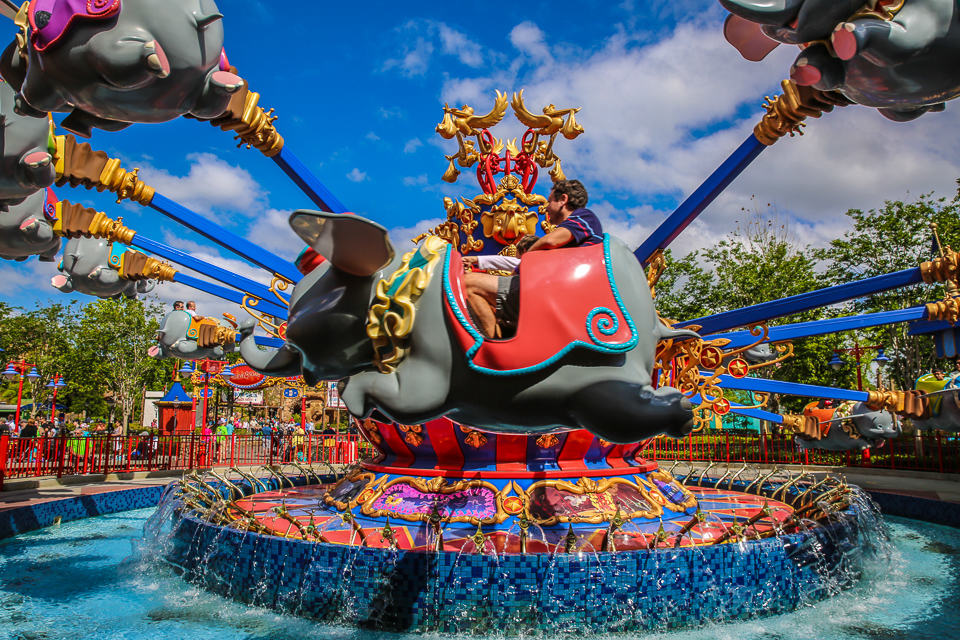 Disney VIP Tours: Cost, The Perks, The Different Types, and Who To Book

Are Disney VIP Tours worth it? Learn about the difference Disney VIP tours at Disneyland and Disney World, how much they cost, and what to expect.

I’m not trying to show off or be a prick

If I thought you were, I’d suggest 7 hours of CoP

That is exactly the attraction my DH would spend all 7 hours on if I let him. I still have to convince him it’s a walk on as is.

I have absolutely no input, but am very much hoping this comes to fruition so I can follow along!

Also are you male or female? I think you are a girl, but never have heard a girl use that P word before, so just checking

Me too! My guess is he’ll have a change of heart closer to, so I might only get one, maaaaybe two if he’s feeling spendy and I get him nice and panicked about crowds.

Also, I used to operate tractors for a couple of years. I’m holding back 95% of the time.

To be fair, I don’t need his permission. I could use the money I made last year which was already earmarked for home improvements. I just respect his decision in the matter, even if I Jedi Mind Trick him into thinking it’s his idea now and then.

That makes sense. I have a friend who is retired military and when I apologize for a swear she laughs at me. You definitely get a different flavor for language being around a lot of men a lot of the time.

DH doesn’t know I booked Poly for 2 night next year. It will be his birthday present, and mine also.

Very nice! I haven’t stayed Poly yet, but I absolutely love visiting there for dinner or drinks.

My DH actually asked me to pair it down. I didn’t understand that a lot of my jokes/sayings were SO off color because it was just normal for me growing up. I didn’t even realize I had used that term until you pointed it out!

I’ve researched VIP tours quite a bit but never done one. There are so many videos on YouTube. From what I’ve read and watched, the VIP guide will help you put it all together if you aren’t big on planning. You give them a list of the rides you want to do, the time you’d like to start and end (with at least 7-8 hours), any places you want to eat, other attractions etc. and leave it to them to plan it all.