This has come up before in chat, so I figured I’d address it here for anyone interested.

This can be taken a step further by each parent making a different fast pass reservation at the same time. For example Splash Mountain and Big Thunder mountain. Make both reservations for 1000-1100. Parent A rides Splash using a fpp and B collects the rider swap. After the ride, parent B passes of the child and rides big thunder using a fpp. Baring some major ride shutdown causing the window to expire, both parents should be able to ride using their own fpp, and then can ride the opposite ride at their convenience using the rider swap pass.
This can be done in epcot with test track and soarin to get around the tiering, but requires more hustle in between rides.
Clear as mud??! 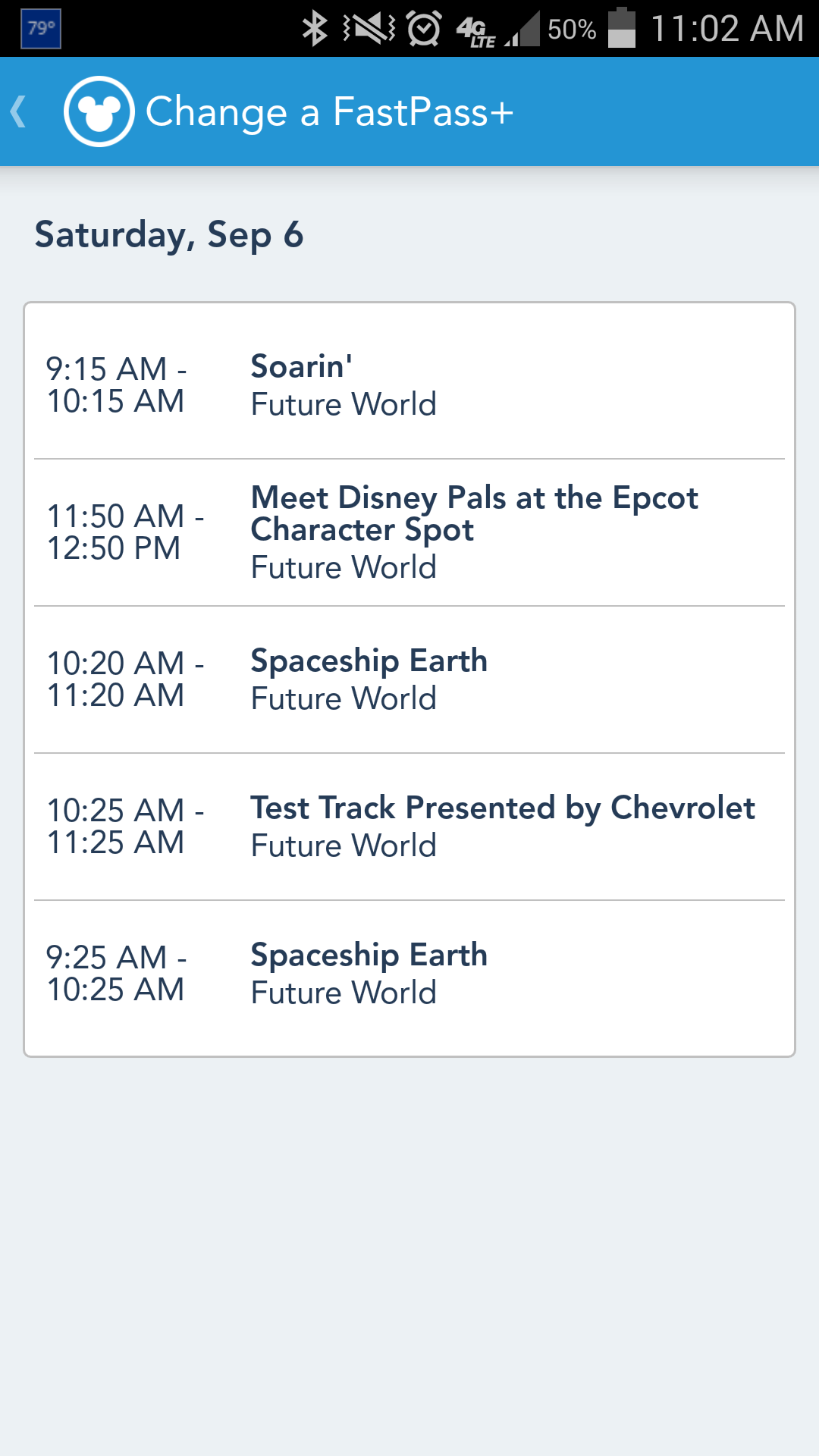 To make sure we had enough travel time, my wife and I have different sets of fast passes. While my Soarin reservation is going on, she had a spaceship earth fpp. During her test track fpp window, I have spaceship earth scheduled. Because there is the 5 min before and 15 min after window, I made sure that things overlap enough that we’ll ride Soarin with the swap, then hit SE on the way to test track timing it right fit the overlap, then go to test track and use the swap there.

I really appreciate Disney offering the rider swap. We have used it many times over the past years but look forward to getting to ride everything together. DS3 is tall but very cautious so I’m guessing it may be awhile before we get to.
Wonderful explanation @keithloveswaffles!