For those who don’t follow other forums, here’s a picture of TSL taken on 6/23. 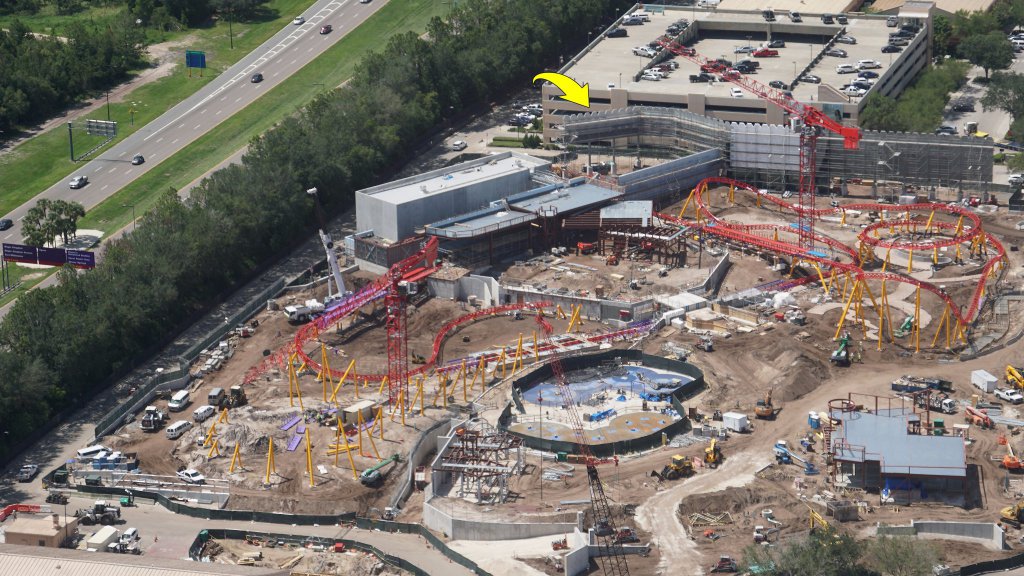 Slinky Dog Coaster track is well over half up, and the Alien Saucer Spinner (the blue structure in the middle) is well underway.

Thank you. It is looking good.

I wonder what if any info will be announced at D23. Thanks for the photo!

Word on the street is that the official opening date will be announced at D23.

Hoping it’ll either be open or at least an AP event for our trip next June!

Thanks for that picture. The slinky dog coaster is longer than I thought it may be. That is a good thing! Now I am going to have to start saving for another trip. Thanks @bswan for helping me spend my money.

Any wild guesses at what tier the new attractions will be?

From what I’ve read it’s ‘family friendly’, so my thought is along the lines of maybe 7DMT?

I thought it was compared to Barnstormer?

I finally found a list on touring plans that assumes that. I am thinking the other one will be tier 2.

Looking at other pictures of the track, I’m thinking it might be closer to BTMRR in intensity. It’s a launch coaster, so that means there will be a considerable acceleration to make it up what appear to be 40-50’ hills. There are some banked turns that look to be close to 90 degrees, and you need a reasonable amount of speed to make those work.

I would agree. I know a few have said it already but my only fear is that with this being a launching coaster, it will be a very short ride.

The “educated guessers” on other sites are saying approx 2 min - but that will depend on how fast the trains are moving at the ends of the launch sections - and how much of a stop there may be mid-ride prior to the second launch.

I think it makes sense for them to build something more along the lines of BTMRR - RNR is too intense for many families and something along Barnstormer would also alienate that middle ground audience. Also, I personally think that doing something like Barnstormer could make the new land feel very kiddie land.

This is what I’ve heard as well. Anyone heard rumored opening date??

Word on the street is that the official opening date will be announced at D23. 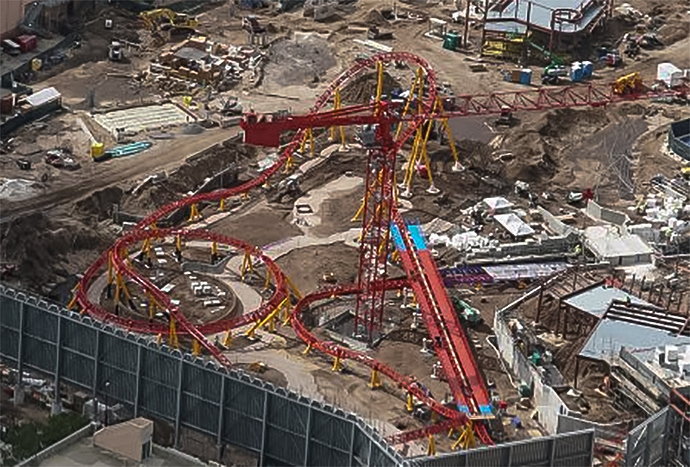 This shows essentially the complete first “half” of the ride. Right after the launch, when the ride is theoretically at its fastest, it goes immediately into a banked right turn and then goes up to what looks like a very banked curve (possibly over-banked) at the top. Then at the bottom of the hill it looks like a nearly 90-degree bank going into the spiral. Most of the spiral appears to be banked at 45-degrees or more, and the final sharp turn leading into the second launch also appears to be nearly 90-degrees. Is this EE? No, but I think that those who are “writing this off” as a “kiddie coaster” are wrong…

Any wild guesses at what tier the new attractions will be?

Safe to guess that Slinky will be 1 and Aliens will be 2. Because it’s (a) new, and (b) a coaster (that isn’t as intense as RnRC), it will probably be the most popular ride in the park for some time.

Thanks for sharing this! I hadn’t seen these pictures before

I’m wondering how rough this is going to be… granted, this is not likely to be quite as fast, but when Cedar Point opened a launched coaster that had a sharp, banked curve immediately after a launch it was so rough that they ended up having to shut it down and completely re-configure that section of track shortly after opening. It was CRAZY rough… the revamped version is now “only” very rough. The roughness is mitigated somewhat by the seat design and it’s still a fun ride, but that part is actually what makes it less fun.

Does anyone know who’s building this one?