. Full credit goes to @bebe80 on that one! If we went back I might just order those for all of us!

And general consensus seems to prefer Blue over Green Milk.

Ah yes I totally forgot to mention the Blue Milk in my report. Both my kids really liked it!

And Bread service from AKL.

In my family for sure Blue is preferred. I can imagine some might like green better, but it wasn’t my cup of tea. Too much melon / flowery scent.

Oh! Good to know. My house is very divided taste wise normally. DS and I go for starch, DH goes for sweet so we’re often divided on drinks.

I’m not saying my DH likes umbrella drinks, I’m just saying at our table there’s usually a whiskey, and something with a flower sticking out of it and the server never gets it right when they try to assume who gets which!

The Ronto Breakfast Wrap at Ronto Roasters was delicious.

Les Halles had a raspberry macaron that I still dream about. Also the Citron slush from the champagne/wine booth in France.

Not sure they’re currently doing it but the Puffed French Toast at Crystal Palace is amazing.

Les Halles had a raspberry macaron that I still dream about 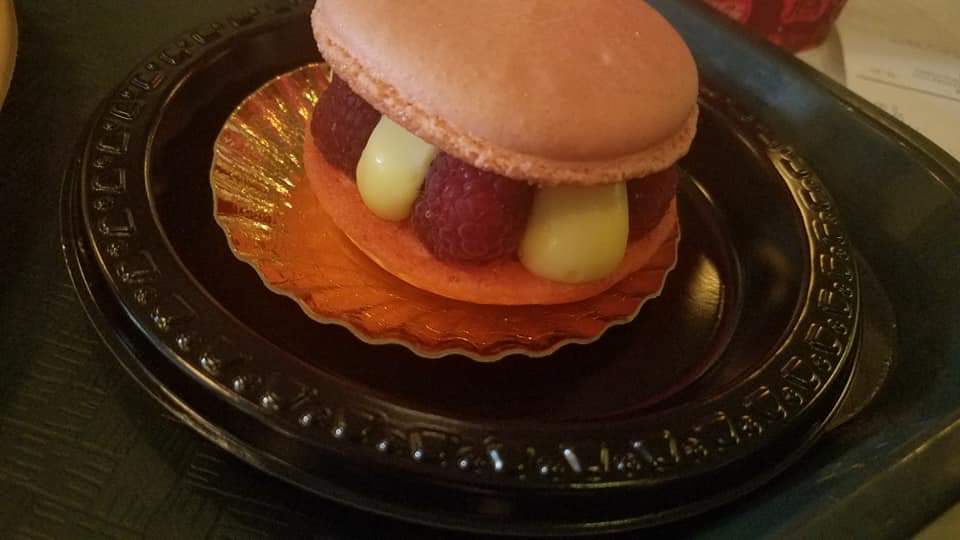 That looks amazing! Much better than what I had pictured in my head!

I know the picture didn’t make it look appealing but it’s so tasty.

Hope you get to try it soon. It is a huge sandwich. But DS wouldn’t share with me.

Adding the Carbon Freeze at Olga’s that @Nikki7280 and @bebe80 recommended.

+1 for the Carbon Freeze.

Tip (learnt from our server): we wanted to try the Cliff Dweller, but we were not interested in paying $35 for the Souvenir Porg Mug. You can get just the drink for $6 without the mug if you ask.

I liked the Cliff Dweller! And the mug is really cute. But I will warn that the drink had a lot of ice and wasn’t really easy to drink, unless you like crunching ice (I can’t stand grating my teeth).

We hadn’t planned on doing indoor dining at WDW, but prior to the trip, I had reserved TS ADRs for lunch and dinner, to keep our options open.

After doing DB7 QS and Oga’s, we felt a little bit more comfortable at Disney, which was the first time we had dined indoors since the beginning of the pandemic.

Also, I had read a tip to have a lunch ADR in air conditioning as a break from the sun, which worked out well for us, as we typically had dinner back in our resort (we were staying at WBC with a full kitchen).

True story: having done no research about Hollywood Brown Derby, I told my wife that some random Internet dude @mousematt recommended it, so we went for it on our second HS day. We are fans of seafood, and enjoyed the scallops at BOG on our MK day, so we ordered the scallops appetizer at HBD and the Seafood Cioppino. Both were excellent. 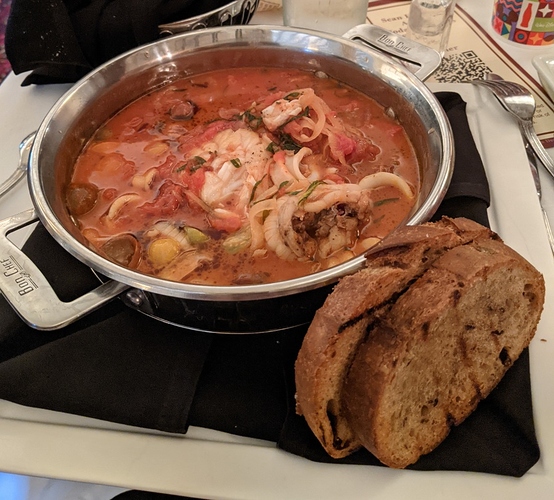 Of course, we now find out the “random Internet dude” is well-credentialed in food

That’s teenage boys for you

I’m hoping to try it next week.

I have had A LOT of great recommendations from liners in these threads, and only one has been a bomb; I think the food at Yn’Y is crap!

So would you say it’s worth the $42 price tag because brunch at trattoria and ale and compass meals are like 15-20 bucks?