The #TornadoBrothers take on WDW

We are driving in our van- about 14 hrs and mostly overnight with 3 adults alternating driving shifts. Straight to MK we go!

We will be staying at the cabins at fort wilderness and plan on checking in after lunch tomorrow.

We are a “loose” touring plan family. I make touring plans and keep a general idea of what we should do when, but if one of the kids decides they want to ride dumbo 3 times we just kind of go with the flow regardless of the plan.

We have park hoppers and will likely decide where we are hopping based on how the day is going and how the kids are doing.

Plans:
Friday: MK, LTT lunch, check in. Then park hop to HS or back to MK depending on the mood.
Saturday: HS (fingers crossed for RotR!), 50s for lunch.
Sunday: AK, flame tree for lunch, then park hop to EPCOT for garden grill dinner.
Monday: MK, currently have a CP lunch that I may cancel, we may hop back to another park if we decide there’s something we really want to do again. Leaving for home around 4pm.

Oh- DS6 was dubbed RussellTheTornado at 18 months old when he became a force to be reckoned with. We have since dubbed his brother GeorgeTheTornado and collectively they are the TornadoBrothers.

Have a safe trip! I’m excited to follow along!

Ask him whether he wants to do Snow White’s Scary Adventure or Mr. Toad’s first.

Will you be trying the salmon?

We’ll be in MK tomorrow too and AK in Sunday. Maybe we’ll see you! My DD is very partial to Dumbo as well. It was the ride she worked for her DCP, do yes, we are adults who ride Dumbo multiple times

Love your name for your boys

and I completely understand with two of my own, older, but not easier!

How awesome if our paths cross!

We will be at HS on Saturday too! Probably in Fancy Nancy theme to match my DD6, feel free to say hi

Tornado Brothers! I love it! Please get a picture of your Russell with the Russell statue at AK!

Here he is on his first Halloween and then in AK on our 2019 trip! 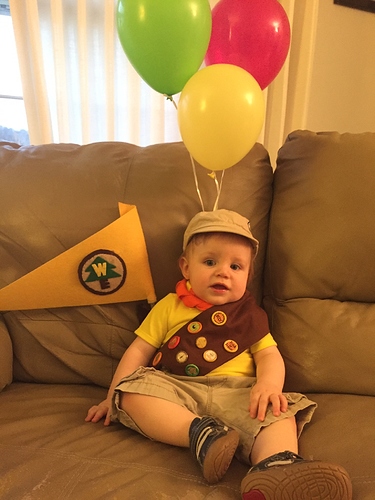 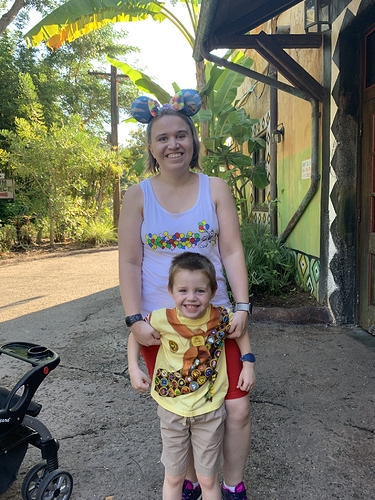 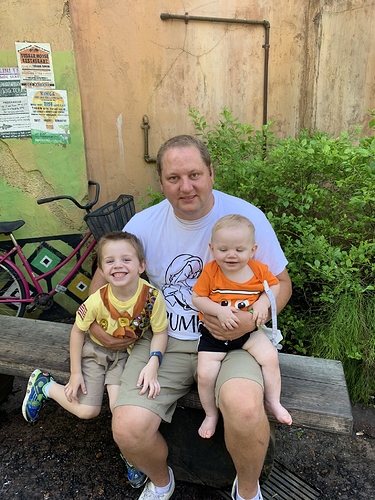 So cute! Those little guys!

Salmon is one of those foods that you can have 10 great pieces and one bad one. Just like every so often we get a nasty piece from the grocery store.

Haha, I don’t know, it was pretty convincing!

Your boys are adorable!! Love Wilderness Explorers. That was one of my favorite things to do with my boys.

Hope you have a great time!

Hoping the overnight drive was smooth, @Amy11Russ! Have a magical day at the Kingdom today!!!