The quest for baby rhinos. Take 3!

On the road to AK this morning. Rhinos are my favorite and I attempted to see the baby that made it out to the savannah twice last month. Didn’t see it. Now there is another one! So DH and I are on the quest again!

Good luck with your quest!

That was the shortest drive we have had in a while! 42 minutes!! 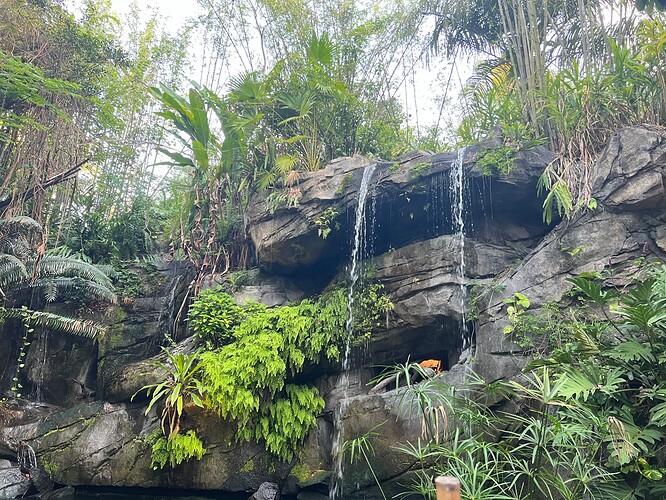 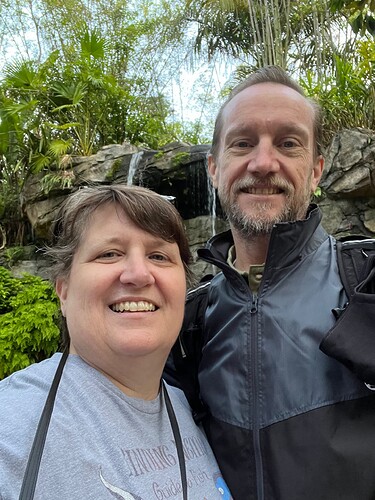 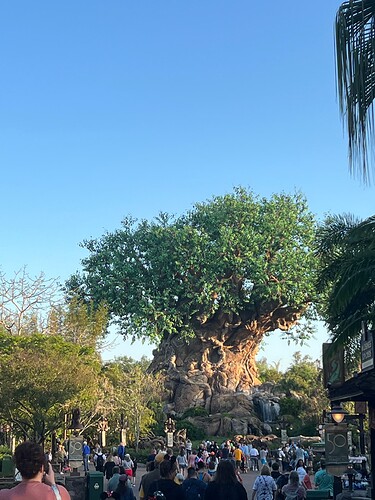 It’s so weird seeing Ice Age in the parks! 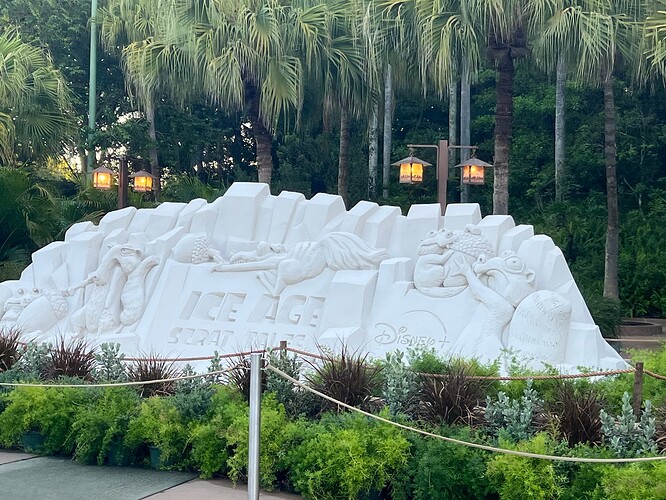 Our safari was great! I asked nicely for the back and ended up with just us on that row! Lots of activity and we were stopped near the flamingos for a bit and so we turned around and watched the elephants eating! I saw all the babies!!! They are soooo cute!

We have had great timing. After KS we walked right into the bird show and it started a few minutes later. Then we were walking by Kite Tails and it was about to start. Got a front row right by the landing zone for the Jungle Book show. I like the lion King better.

Then we ordered lunch from Flame tree. Probably the worst meal I’ve had there. Food was cold and ice in drinks was melted. Even though we went right to the pick up as soon as I got the alert. 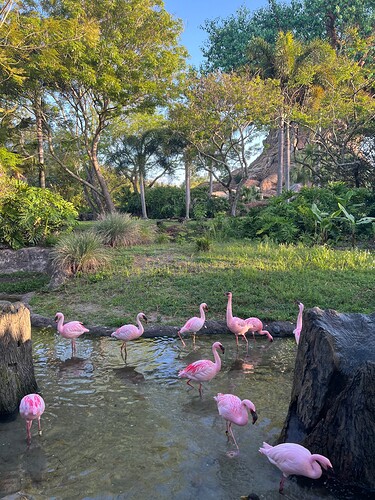 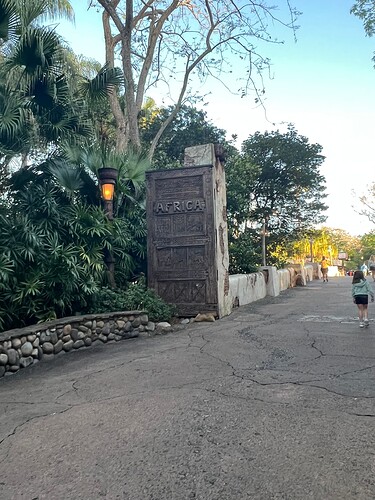 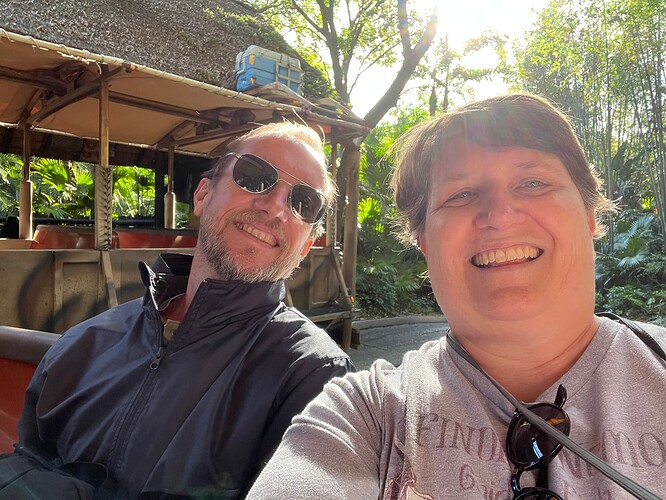 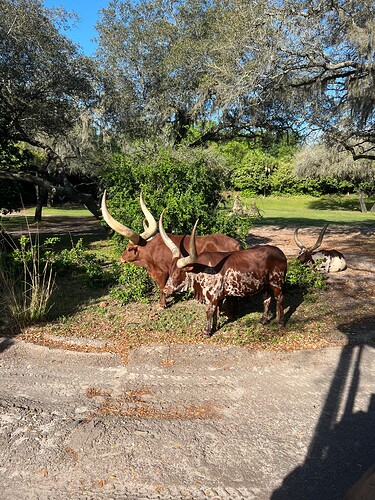 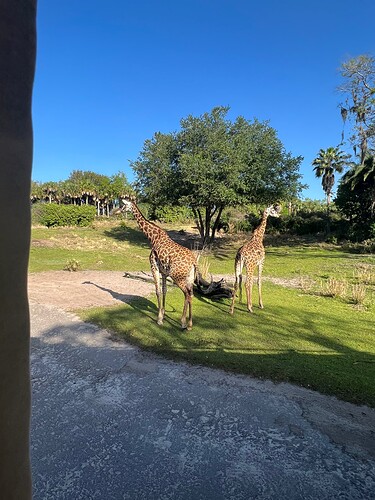 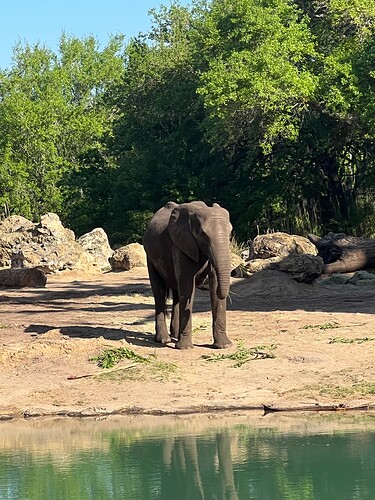 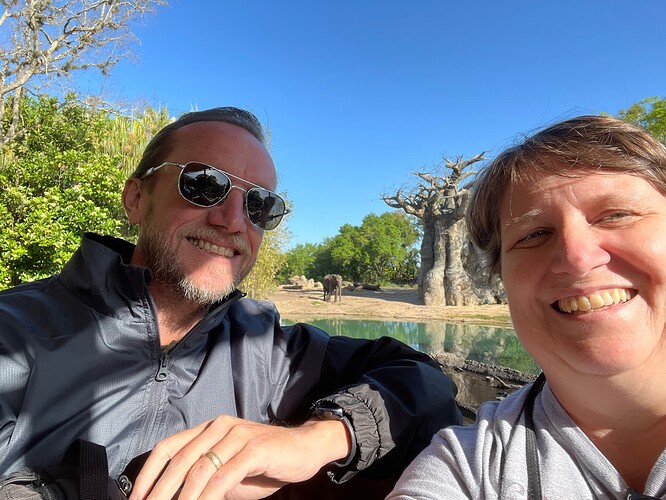 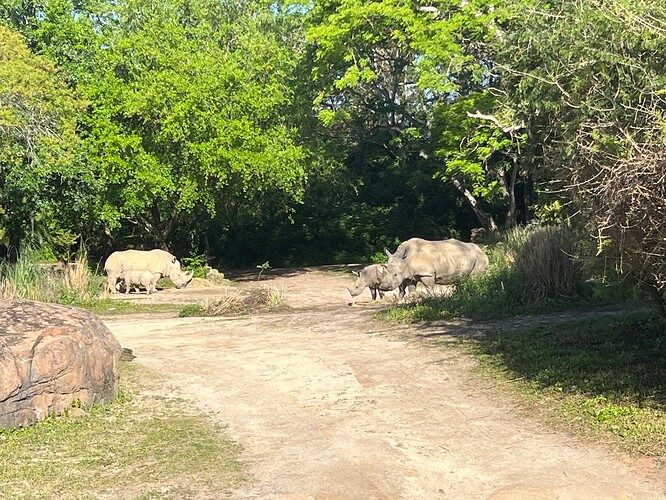 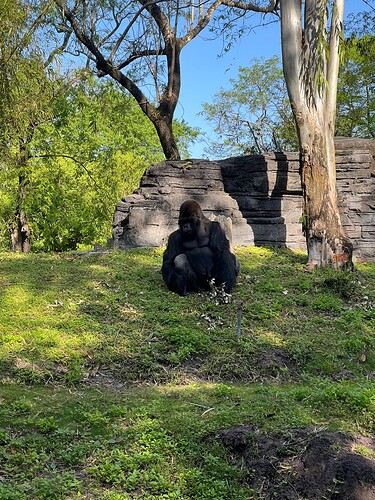 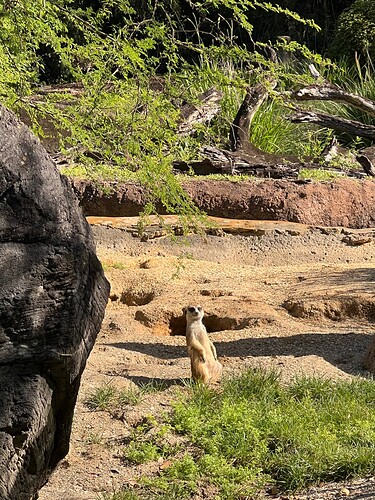 Ooh, we did Wild Africa Trek on our trip earlier this month and got quite a bit of baby rhino viewage, though one of our two guides thought it was one baby, and the other thought it was a different one! Still, it was absolutely precious, and I didn’t know it was kind of a rarity.

But it looks like you got a two-in-one shot! That’s amazing! They’re such great animals!

Oh yeah I was excited to see the meerkats out again. They were redoing their habitat for a while and haven’t seen them for a couple months. 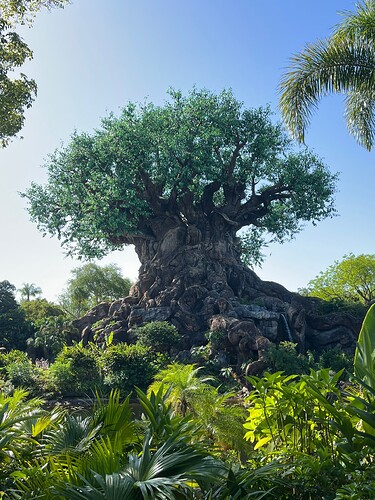 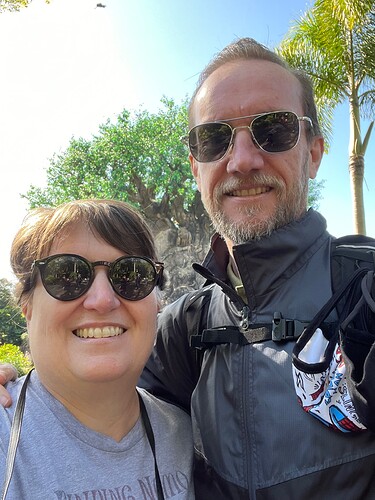 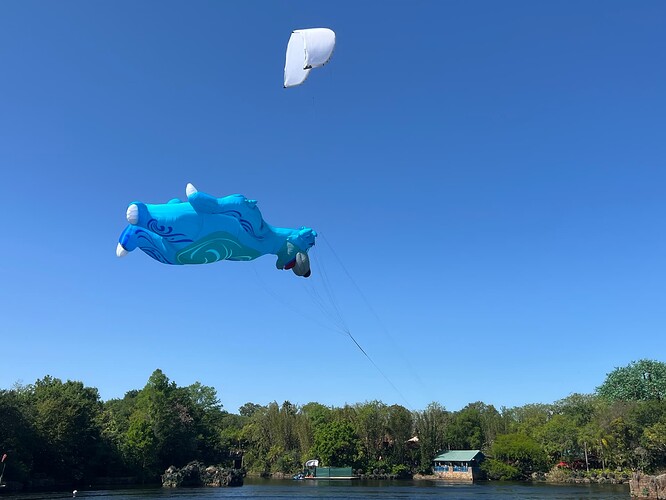 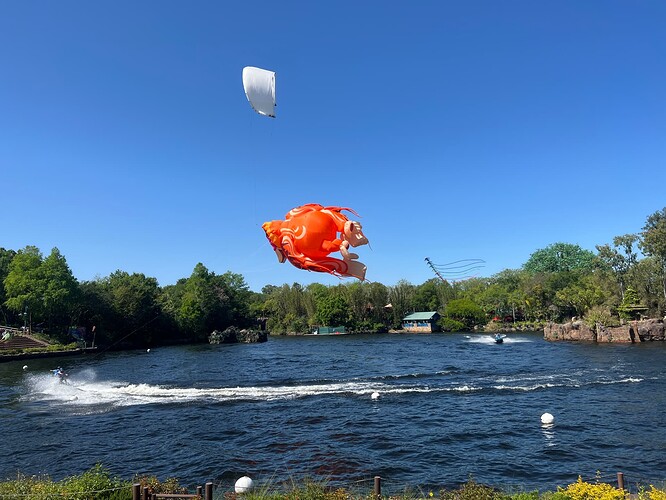 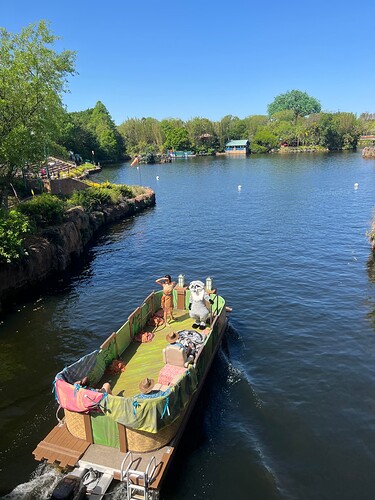 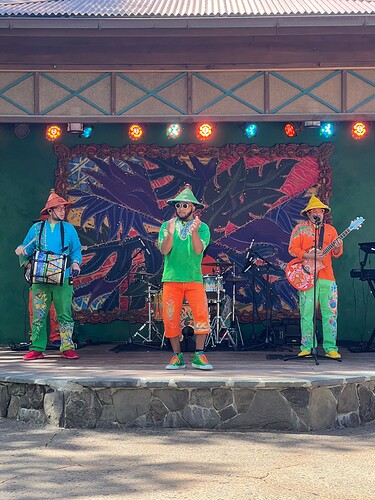 image1920×2560 589 KB
Watched this waiting for our food. Another annoying thing about FT. They wouldn’t let us in to find a seat until we had food. When we got our food several tables around us people did not have food. Oh well we enjoyed the band out front and still got a spot to catch the Lion King Kite Tails.
7 Likes
ThorKat March 27, 2022, 7:02pm #11

Walked MJT, I love this area so much! 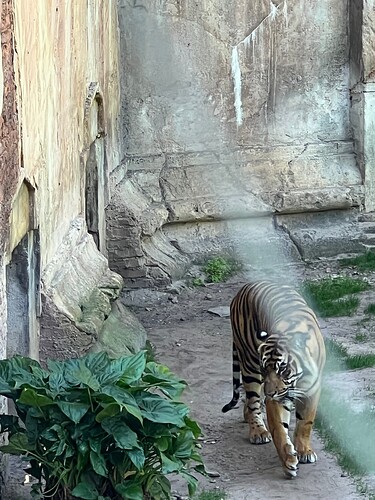 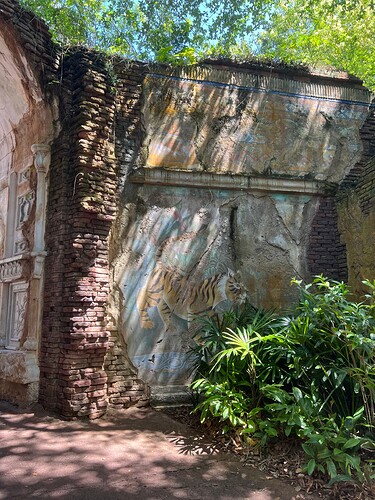 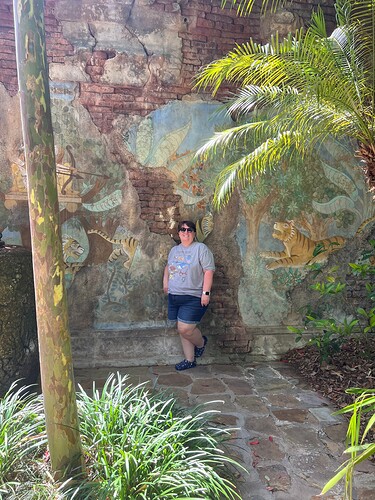 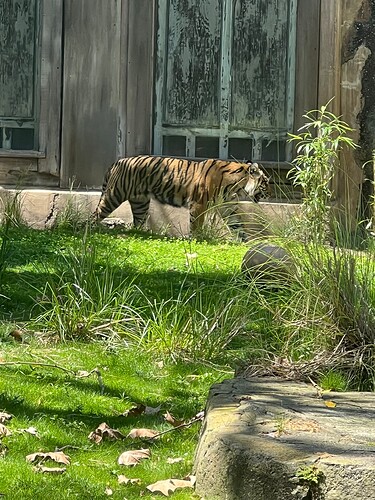 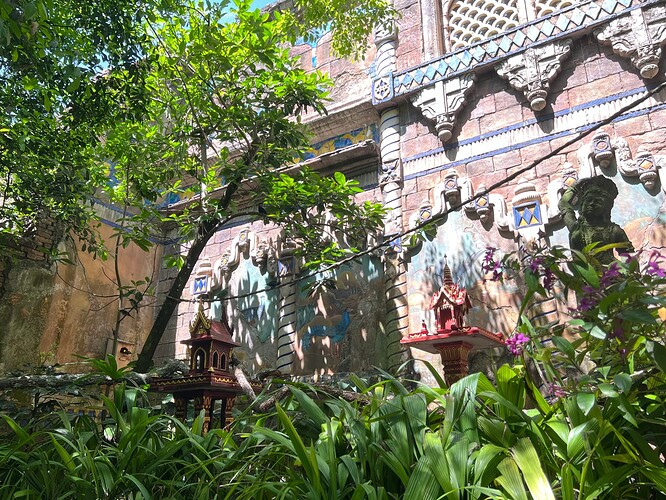 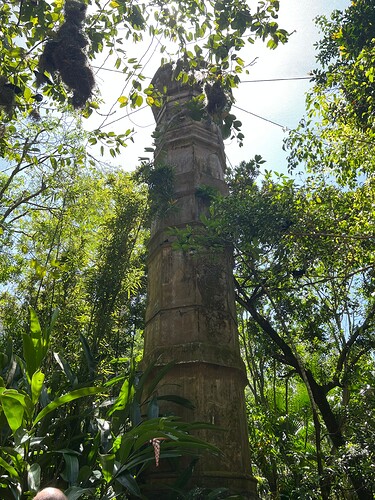 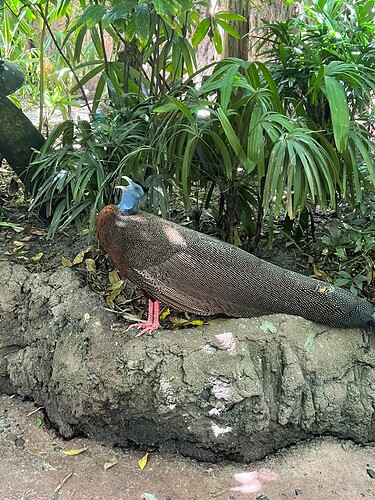 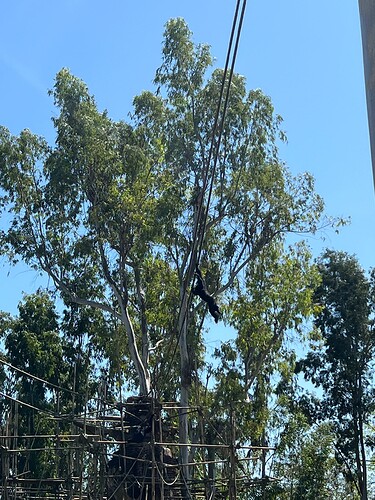 DH could not stop laughing at how tall these tables are! I know I’m short but who are these for? 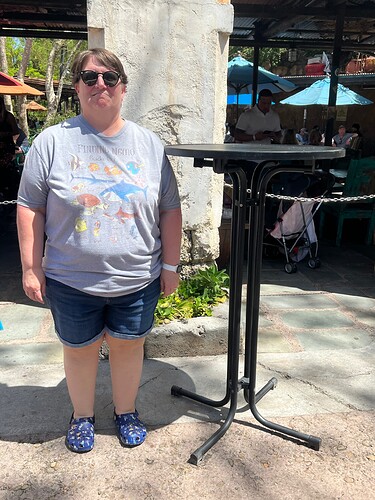 Is that Harambe Market?

Yes, but we saw some along the river too.

who are these for?

Bought a sticker for my new water bottle 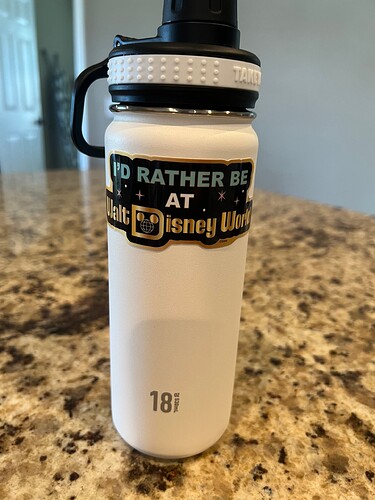 After seeing your first safari pic, I was gonna’ tease you and ask… “When did Rhinos turn pink?”

Had to keep scrolling.

I’m still learning how to do this live reporting thing

You are doing GREAT!!! My favorite pic was you next to the too tall table