Disney has just announced a “coming soon” project called Storyliving By Disney, planned communities that will be “infused with Disney magic”

And visit the site at storylivingbydisney.com

Ah, the Coachella valley, where its insanely hot in the summer and there’s no water… And where it hosts a music festival that will steamroll your community with people every Spring.
Also, very few live there year round. So more “playground of the rich bs.”

playground of the rich bs

The forum compound we’ve discussed in the past.

The forum compound we’ve discussed in the past.

Some people see “compound” and think Kennedy
I think Waco

But hey with Liners, I’m good either way

I kind of think we’re a little bit of both around here, for better or for worse.

Shall we take bets on where?
Hyannisport?
The Hamptons?
Palm Beach FL?

Interesting line from the article: “Disney cast members trained in the company’s legendary guest service will operate the community association.”

I seem to recall that Imagineer John Hench took issue with Walt’s vision of EPCOT, essentially saying that you couldn’t control how people lived like it was an attraction.

They already proved that with Celebration. When it first opened and Disney owned/operated it, they association was SUPER strict and everything had to adhere to the standards they set out. Which was like small town America back when Walt was alive. It was like living on Main Street USA.
Thats no longer the case though as Disney gave up control of it.

Can’t decide if this sounds more utopian or dystopian, but I would totally live in a community of fellow liners/forumers so I can argue about sexy M&M’s in person.

I would totally live in a community of fellow liners/forumers

so I can argue about sexy M&M’s in person.

I bet.
I’m not a big fan of community associations to begin with except in principle.
But at least if the petty tyrants are actual residents they retain a hint of legitimacy.

OEP: No. And I’m not sentient, how am I talking?
Forky: You get used to it.

ALSO…Wasn’t this like Part 1 of Lex Luthor’s plan in Superman 1??? 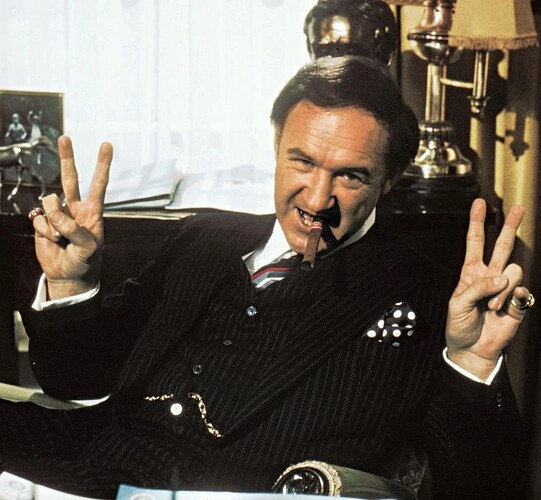 They can’t/won’t build a 5th gate but they can/will do this?

Almost my same thought, which was more along the lines of they aren’t managing what they have NOW particularly well. So it boggles the mind how it seems like it’s the perfect time to take on a project of this enormity.

Right??? And they didn’t even fix Splash Mountain in the latest refurb – which, combined with this, can make one wonder if they’re starting to think it’s time to move on from the theme park. Which, if you think that sounds crazy, yeah, you’re right.

What kinda crack is Disney Management on, and it’s time to either up or lower the dosage.