Has anyone been recently?

My husband and I are taking a trip in December and we have a reservation for lunch, but nothing on the menu grabs me and I think this is one that my kids would enjoy way more than my husband and I would. But, of course, the hype… LOL.

I am seriously thinking to cancel this one and keep our Liberty Tree Tavern for that day- we don’t eat enough for two table serve and are hopping to MK, so I have to choose one.

Other reservations we have:

Any opinions? It’s really a question of LTT or Space220.

I’ve been twice (once in February for full meal and once in July in the lounge) and both times the food was unimpressive. I’d go with LTT. Its delicious.

We went in August and I was distinctly underwhelmed. The plus points: there’s a great wow factor when you first go in, and the space elevator is great. The food wasn’t that impressive though - nowhere near worth the price - and I had to have a borderline argument with the server over whether my 11yr old (classed as an adult by Disney but with the appetite of a small sparrow) could order from the children’s menu. I didn’t have that problem anywhere else on property, though to be fair they did allow it in the end - it just soured the experience.
I think the total bill was nearly $500 for a party of six including 3 kids - I wince slightly when I look at that. Do the bar and have a drink instead!

I managed to book the Space 220 Lounge for our upcoming trip at lunch time. I just could not justify paying the prix fixe price for food we weren’t excited about at all.

Originally we weren’t going to do it at all…but when I saw I could book the lounge instead, we went ahead with it. (I will probably just get the sliders.)

I went to Space220 in July and will not go back again. Ever.
I’d recommend going at least once, but no rush. LTT in the holiday season seems like a better choice.

Jiko is probably one of the best restaurants in WDW. All AKL restaurants are excellent. 50’s prime is ok. Haven’t been to the others

It’s a question I will be able to answer on Wednesday. I have been stalking a lounge reservation on MouseDining (we have tried 3 times so far and missed it every time), but finally had success this week - my niece and I were both trying to book it when the text came through and I won. My niece went there last June, so she’s been hyping it for this trip with just the two of us. Notice her last line…but I’m skeptical based on the comments here. 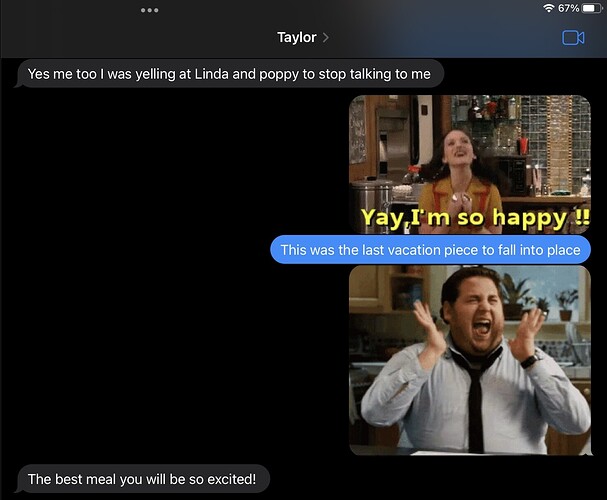 I’m skeptical based on the comments here.

If you have low expectations, you will probably be pleasantly surprised.

I went shortly after it opened. I thought the food and drink were fine and would go again on that basis.

The experience side of it was slightly flat. The elevator is cool. But the main room is less exciting than I was expecting. You have the giant image of the earth. And then, occasionally, small things that aren’t necessarily that easy to see happen.

I’m trying to book the lounge for my December trip because I’d like my boys to experience the, erm, experience.

And then, occasionally, small things that aren’t necessarily that easy to see happen.

SOME of those small things manage to take you out of the suspension of disbelief, from what I’ve seen in some videos. Seeing two characters having a lightsaber battle in space is NOT the least bit believable. I find those moments odd that they included it when they were trying to simulate the experience of being on a space station. I suspect they thought they were “cute” and “funny”…but I fear it dminishes the experience. I’m still excited to see it in person, though, and hopefully change my mind about that aspect.

That happens on the Starcruiser when they do the “fireworks”.

And Soarin, when Tinkerbell wholly unnecessarily appears and ruins the ending.

And Soarin, when Tinkerbell wholly unnecessarily appears and ruins the ending.

Oh, don’t get me started on Soarin’ (Around the World) for things like that. It is intrusion after intrusion over and over that weakens the entire experience!

The Tinkerbell part doesn’t bother me so much, since they are trying to imply, in usual Disney fashion, that Tinkerbell is real and part of the experience of being at Disney. In that regard, it feels less out of place.

But she’s so obviously a cartoon superimposed onto video of real things.

But the real Tinkerbell IS a cartoon. Haven’t you seen the movies?

I’ve seen Tinkerbell in real life. She was flying from Cinderella Castle. That was no cartoon. She’s 100% real.

I fear it dminishes the experience

But @Dreamer was just there this week and said it was better than the first time she went, when she felt the same as me and so many others in this thread (distinctly underwhelmed was a great description)

Maybe initial hype is just too much to match???

The space elevator is fun and the drinks were great. We both had chicken and waffle at the bar (lounge reservation) and I thought it was absolutely delicious. This was July. I’d probably say do the lounge and just get drinks. Or try for a walk up.

This post has made me reconsider. I know it’s tough to get. 2 kids and 2 adults. I may do San Angel instead for the atmosphere. This way I can also switch my EP and HD day so I can try for Sci-Fi a day later.