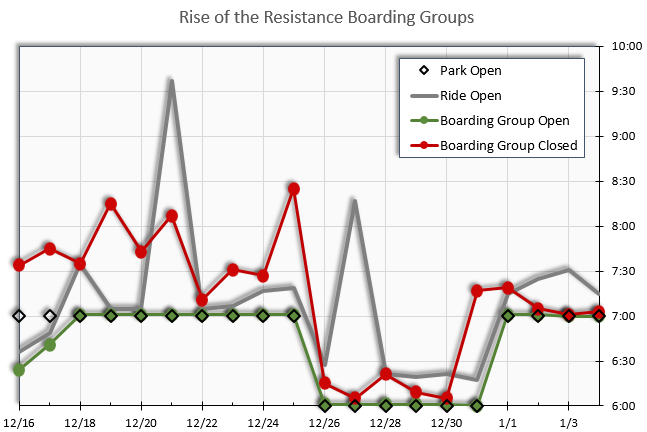 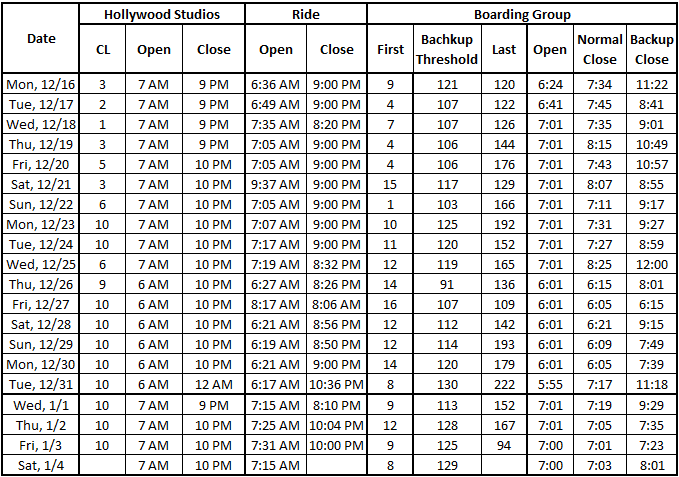 This is very useful, but stress-inducing, information! Our HS day is only 10 days away and I really don’t want to get up at 4 a.m. to ride, but my kid will be crushed if we don’t get a BG.

Within 10 days the CL 10s should be long gone. I suspect the normal BGs will start running out closer to 8am like they were prior to the holidays. And with the way they open the gates about 30 min prior to MDE issuing the first BG, there is no real benefit to arriving super early. Just plan to be there about an hour before published park opening and be quick on the app once MDE starts issuing BGs. 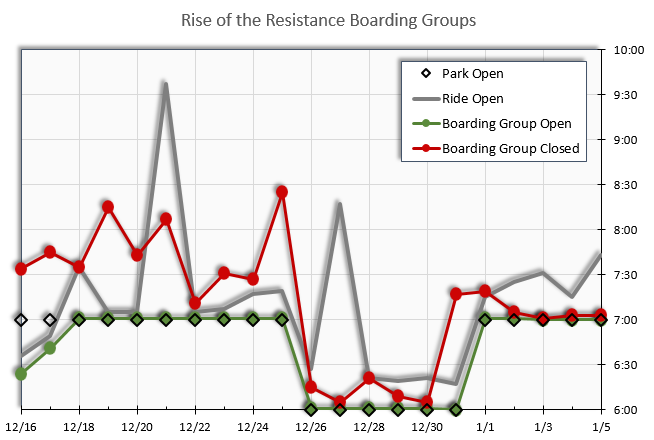 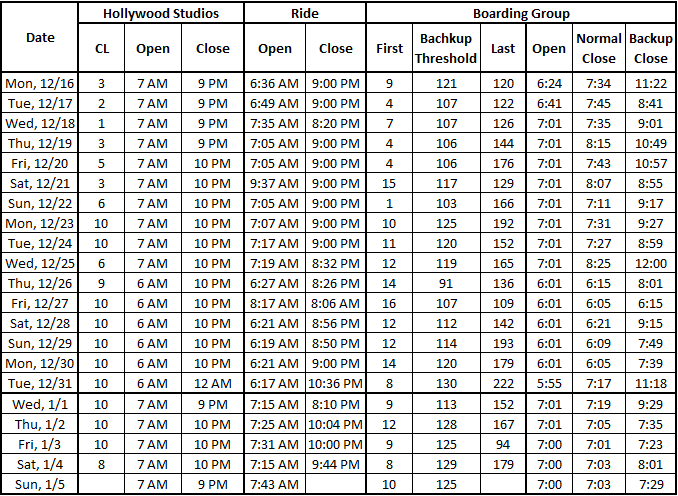 We will be there on Tuesday…sigh… They are gone in 2 minutes. I’m scared our phone will glitch.

Today should be the last day of the holiday crowds. Hopefully Tuesday will be calmer.

I was on the app this morning practising my fast finger action for my forthcoming trip and I’m pretty sure regular BPs were gone by 7:01 again and not 7:03 as stated here (Sun 5th).

What the heck? BG’s gone within ONE MINUTE??? How can this be a valid method of letting customers (who have paid thousands of $$$, planned trips for months, and oriented family plans), ride the biggest ride they’ve gone to all that trouble to go to?

My WDW trip is coming up this weekend, planned HS next week. CL will be much lower, but this kind of thing makes me very nervous for what is the lynchpin of the trip.

Any idea how these numbers compare to the DLR numbers?

HOLY cow thats just sad that Within a minute its GONE. That must be hell for so many who had hopes of seeing the ride. I think Ifd rather have the option of committing to a 3-4h wait than to be effectivly denied due to fastest finger At least that way i have a Choice a crap choice maybe but a choice.

I wonder if they should have a Stand by line that moves REALLY slowly but if you join it 3h later you know you will ride. So a little less boarding groups but a choice for those prepared to wait

BGs gone within a minute means that it is effectively a lottery. There are more people who really want to ride RotR and arrived at the park before it opened than the ride capacity for the entire day. When they released BGs before park opening who got to ride was determined by order of arrival. I think I preferred order of arrival, but I understand the pros of having it as a lottery.

It was more to do with the earlier and earlier arrival times that prompted the change I think.

It meant they had to have the park fully staffed from 4am or even earlier, and just encouraged more of the same.

The current way means they control when they open the tapstiles.

They could have some employees at bag check and tapstils and hold people on Hollywood Boulevard, with rides, shops and food all closed and BG starting whenever tapstils open.

Yes, but that still means they have to have staff in at say 3am to man everything. Without having any idea of there will be 100, 1000 or more people.

By only opening an hour before park opening, the staff would already be there.

Regardless, they wanted to stop the “race to get there earlier each day” and the way to do that was to tighten up procedures.

I think Disney should do a hybrid version. Do the current opening process but allow people to join a BG once they tap in.

Thank you for posting info and data. This is fascinating… what a dilemma! (We are going to HS Tuesday, but skipping the RotR challenge entirely.)

who have paid thousands of $$$, planned trips for months, and oriented family plans

If a family did all that just to ride ROTR, that would be silly. But there is never a guarantee to ride any ride at Disney, let alone the newest most popular.