The day has finally come. This was always my favorite billboard to see on property. Sad as it is, it’s honestly amazing it was with us as long as it was. Unfortunately everything I’ve read about it this morning says it’s going to be replaced with general landscaping, not another billboard.

I saw that but I have not seen anything explaining the “why” behind that.

I haven’t seen an explanation for it either…

My head cannon is that Chapek just recently became aware of it and was infuriated by the fact that it didn’t have a coin slot.

I saw that but I have not seen anything explaining the “why” behind that.

There is no legit “why”. It was JUST repaired not too long ago.

ALL of those billboards that Disney has(HAD) on property are amazing to a kid who had just arrived. You don’t see anything like that in your hometown. To an excited kid ready to go play, it was like glasses of water to someone stuck in the desert.

It built even more excitement, even if it wasn’t the best depiction of whatever it was or if you couldn’t ride it cause you’re too small.

The topiaries were another thing along these lines. To this day, I distinctly remember, after seeing that first dragon topiary, intensely scanning the landscape, as we drove closer and closer to Disney, for bushes that were “disney-fied”

I hate how fast the parks’ “meta experience” has fallen so far in just 6 years. Chapek, Damaro and everyone needs to f’n go.

It was JUST repaired not too long ago.

But only worked for a day or two. DD and I were lucky to have seen it working on one of those days! Too slow to get a phone out to document though

ALL of those billboards that Disney has(HAD) on property are amazing to a kid who had just arrived.

This is so true. (And also true for many of us kids at heart.)

But I vividly remember arriving on Disney property and seeing these kinds of things (your topiary example is a good one) that just told me that this place was different/magical. Every moment from the time you passed by those signs indicating you were now on Disney property provided you some kind of thrill, including even just the road signs.

While I do think this particular ToT signage was probably due to be replaced (ToT is 27 years old now, after all), it is a shame they aren’t going to replace it with something else. How about an Imperial Star Destroyer, or perhaps something GotG based, since those are much more recent IPs with ride tie-in?

But only worked for a day or two.

hmm I seem to remember it working when i was there, but then again I didn’t pay much attention to it. To a repeat visitor it just becomes part of the scenery.

But even still, it doesn’t HAVE To move. A completely static billboard would still do the job just fine. The only thing I ever wanted for these billboards was for it to make sense in its placement. Meaning if you see one, you should be driving TOWARD whatever it was advertising.

Sure am glad they could spend the money on a stupid garage that’s not near the parks. 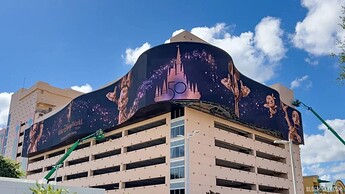 I now am just waiting for the DVC Billboard on the way to DS to be announced it’ll be removed.

But if you didn’t know it ever moved and you saw it in its stationary condition would you have known it was “broken”?

And while I’m on a tear: Like @ryan1 said, this is was the kind of thing that lets you know something’s “different”.

Hershey park has the same thing. They have their steet lights made to look like Hershey kisses. Is anyone going FOR this? Hell no, but it definitely adds to the experience. 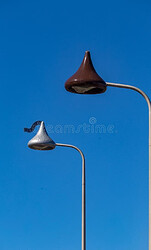 What I want to know is how a Theme Park Management division, who have been setting the standard for over 60 YEARS suddenly become so out of touch that they forget what makes their product great?

In the local paper they wrote it was being removed b/c it was broken and it was cheaper to tear it down than fix it.

it was cheaper to tear it down than fix it.

I’m disappointed in Chapek. It would have even CHEAPER to leave it in place and NOT fix it!!!

Well then, damn, let’s tear down everything at WDW then. After all, it’ll be cheaper to destroy it all than to keep it running…

I now am just waiting for the DVC Billboard on the way to DS to be announced it’ll be removed.

I am assuming you are talking about the one on East Buena Vista strategically positioned right where you turn to go to the Wyndham Time share resort? Don’t expect that to be removed anytime soon.

I mean, sure you’ll have the bloggers who would rag on Disney for leaving it go, but who friggin cares?

they had to consider safety… high winds could cause more damage… but… does this speak to all the issues w/ rides and the mounting down time? things are not getting fixed or maintained

All they needed to do is flash disco lights at it…no one would be none the wiser.

they had to consider safety… high winds could cause more damage

yeah i call BS on that excuse. Removing the moving parts and cementing into place would have made it more structurally sound, not less.

All they needed to do is flash disco lights at it…no one would be none the wiser.

Woulda been awesome at night. And why not? It works for Everest.

it was making ‘mechanical sounds’ intermittently too. They didn’t want to pay to fix it.

Right, which brings me back to:

This is management failing to understand what these “seemingly unimportant” things are to guests (both new and repeat).