I know a couple who had their first kiss while watching the movie Ratatouille. He is ready to propose and would love to do it at the new Ratatouille ride. Does anyone have any good information on when the ride is likely to open?

He is ready to propose

Recently I haven’t read any more detailed date than “Summer 2020”. Given the way the schedules changed for MMRR and the SW:GE rides, I don’t think you can count on anything until there is an official announcement from WDW.

That is a great point. Why doesn’t he propose now, and then get married at WDW?

They were watching the movie on DVD so not quite that long ago. To be honest, it is my DD21 and her boyfriend I am talking about. She is still working on her undergrad degree in Chemistry and he is a graduate student in Accounting. We adopted DD from Russia when she was 7 months old. She has a genetic condition called Ehlers Danlos Syndrome and has already had major knee, shoulder, and hip surgeries at 21. They want to wait to get married until he graduates and has a stable job with good health insurance as she has excellent coverage through my husband’s employer now. He actually lilves in our spare bedroom. She has always loved Disney and we took him on his first real vacation to Disney in 2018. They are planning on joining us for part of our trip in May. I think he will most likely propose then in a yet undetermined manner. Any suggestions?

I think he will most likely propose then in a yet undetermined manner. Any suggestions?

There was a thread not that long ago where folks were giving proposal suggestions. You might give it a gander.

ETA…Here is the thread: Proposal

I think this is too sweet and I love it! I have no idea about the opening date so I am no help. Is there anything Ratatouille themed around like in a gift shop or decor? It’s not something I would look for but maybe someone else here knows. Maybe even a coming soon sign? He could have the reference without the ride which I think would still be romantic.

There’s a giant banner visible from the Skyliner…hold on, I took a picture! 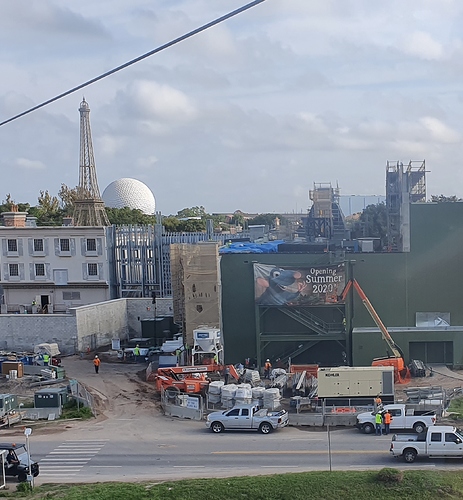 Also if F&W is running when he is there, there was a Ratatouille-themed “cheese crawl” this year, ending with this Emile-themed cheesecake. Likely to return next year if it’s to build publicity for the ride?

Edit: I see you’re looking at May. Probably no cheese crawl. Boo! 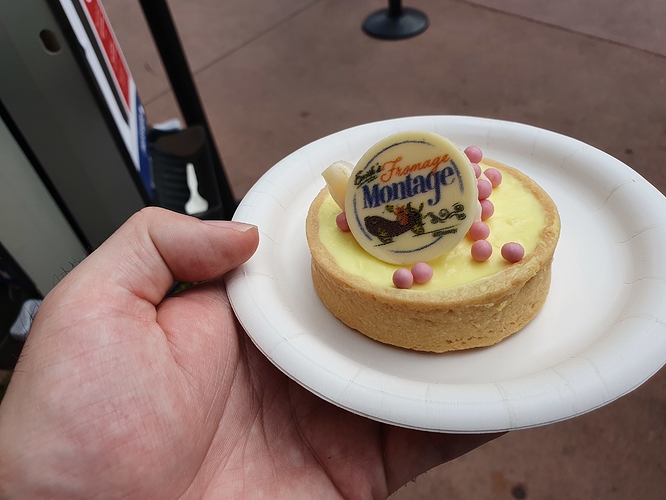 Thank you! I will.

I’d vote for somewhere in the France section of Epcot! Maybe at night when it’s more romantic. The building with Monsieur Paul’s (on top) and Chefs de France (street level) has the Gusteau’s building look. He could even pop the question at one of the restaurants or right before, then have a celebratory meal (or patisserie!) right after.

There’s a giant banner visible from the Skyliner…hold on, I took a picture! 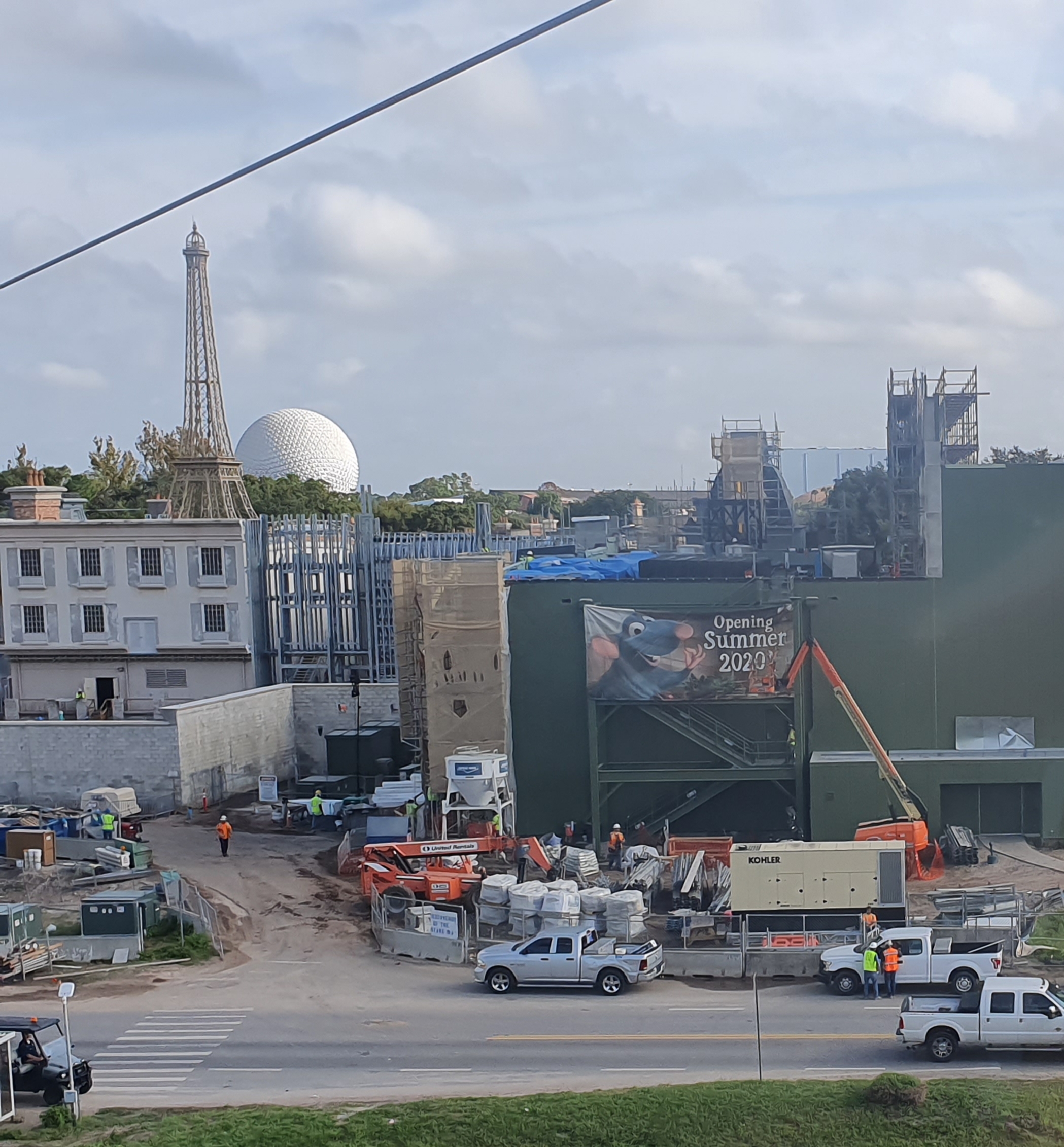 This photo cracks me up. This is the view from the Skyliner? Could it be uglier? LOL.

Could it be uglier?

You’re not supposed to be looking at the ugliness…just the giant rat on the banner!

You’re not supposed to be looking at the ugliness…just the giant rat on the banner!

Here you go then!

Thanks everyone. He is also considering some other ideas. In the end, it is his choice as it should be. She is not a big Cinderella fan–not the needing to be rescued type-but the glass slipper would be a nice touch. She would probably prefer Be Our Guest and maybe be Disney Bounding as Belle and the Beast. I will let you all know when he decides what to do

With all of the attractions announced at the D23 Expo 2017, we were not given any actual opening timelines or dates other than “before Walt Disney World’s 50th Anniversary in 2021”. According to internal documents, the trackless Ratatouille ride in...

Interesting. I was figuring MMRR would be open for our May trip. In a way, kind of glad it won’t be, since I can just look forward to it for our December trip later that year. But now I have to think about maybe fitting in Remi for May if it truly does open in time!

This article is dated April 2019, but references MMRR Feb 2020. Fingers crossed, we have both available by end of April for our trip.

While up until very recently, all signs pointed to a Fall 2019 opening for Mickey and Minnie's Runaway Railway, but Disney's focus on the massive Star Wars: Galaxy's Edge project and contrasting silence on the upcoming Railway attraction gave us some...

They will be there from May 16-23–so maybe. Not going to stress because there are lots of amazing possibilities at Disney! I am truly lucky that my daughter has such an amazing man in her life and how and when are really up to him!

Is there anything Ratatouille themed around like in a gift shop or decor?

Remy is “hidden” in various places around World Showcase, I believe

Your DD story is so lovely. I’m sure future son-in-law will figure out a beautiful moment.

@ryan1 I just checked my HS touring plan for Apr 26 and this is the latest note on MMRR:

And Remy’s isn’t even listed as an option for me to select for Apr 30, so Touring Plans is not estimating either will be open for us. Bummer…Hope they are both open for you in May.