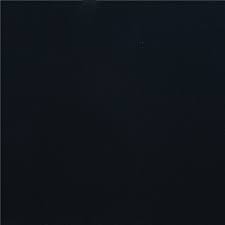 I have stopped going to Disneyland Paris. I found it a bit of a let down after Florida.

I last went ten years ago. I wonder how much it has changed. Are they constantly adding new stuff like WDW seems to do?

I’ll admit the Castle is a waste of everyone’s time.

They’re actually adding quite a lot to it at the moment, which probably means it’s not an ideal time to visit! I have to admit I’ve never been, the reason being that I just don’t see how it could compare to WDW - and the cost. I know you can do it cheaply outside of school holidays though.

not an ideal time to visit

Any trip I would do wouldn’t be any time soon. 2020 at the earliest.

It is a while since I went too. I love walking the coastal paths, in Wales mainly but also in Northumberland and Cornwall. The dog and I go off on our own and find dog friendly places to eat and stay along the way. That sometimes takes as much planning as a Disney trip. I am slightly tempted by a canal boat holiday, but the dog loves water and looses his head when he sees ducks, so I worry that he would keep leaping into the water.

When you’re on your phone you can’t (or at least I can’t) see who the OP is or who is participating. But any thread that starts with “Breaking News” is for sure a @profmatt thread. It’s his tell.

I’m sorry you’ve cancelled but glad you are happy with it. If you do go to DLP I hope you’ll keep us abreast of all the switcheroos!

There won’t be any, will there? I don’t think DLP has any options. You do what you’re told and you’re grateful for it. France is a socialist country, you see.

You can’t see the icons next to the thread?

Only on my computer. Not on my phone.

Dammit Mathew! I’m having switcheroo withdrawals. I need a hit. Gimme a hit!

I may go to Disneyland Paris at some point. Maybe.

I’ve never been to Paris for Disney or anything else. But I recently had the occasion to eavesdrop on an an interesting conversation while riding a WDW bus. A British mom was asked if her family had ever been to Disneyland Paris. The mom replied that they had, but that her family preferred WDW. She went on to explain that they could spend two weeks at WDW for what it would cost to spend three days at Disneyland Paris. I’m pretty sure she was a DVC member and part of her calculation was based on how far her points would go. Still, it was a pretty shocking disparity.

And yes, I people watch/eavesdrop at WDW. Its one of the best shows in the park. There’s never a wait and it has better repeatability than Star Tours.

The one time I was going to go in 2014, I was paying for 3 days, 2 nights in one of the cheapest onsite hotels, plus flights from the UK (a journey of about an hour), no food included except what I believe is a pretty bad breakfast in the hotel and it was going to cost £2000.

WDW is more expensive because you go for longer, but I’ll happily pay 3 times as much for 2 weeks in the sun in 4 parks instead of 2 nights in the rain in 2 parks.

I do like Versailles though…as an add on trip.

Well I am sad to hear you cancelled as I loved watching you plan! I am glad that you are happy with your choice though.

Dammit Mathew! I’m having switcheroo withdrawals. I need a hit. Gimme a hit!

In today’s Calvin Chronicles - which direction will @profmatt and Calvin decide to walk? Where did they go? Which fork in the road? Will they have dinner at restaurant a or b?

Nice try, but there’s no pleasing @OBNurseNH. Only last week I gave her the fascinating story of how I bought a fan, changed my mind, sent it back, and then bought a different one.