Poll Time! What to call Ratatouille ride at Epcot?

Which abbreviated term do you prefer when referring to Remy’s Ratatouille Adventure?

While tempted to go with RRA, since almost all our abbreviations follow that formal acronym convention, I like the sound of “Remy” and thought of some precedent with Nemo (not TSwN&F) and Crush (not TTwC). “Rat” is funny but doesn’t fit what I envision the playfulness and cuteness of the ride to be. #Overanalyzing

I will call him, erm, I mean it, George!

I actually like Remy, I’m just being silly. I’ll probably just default to Remy unless you guys break me down. I still think of Smugglers Run…not MFSR which for some reason my brain keeps mistaking for Runaway.

people still vary on ASS vs. AS2, EE vs. Everest

Personally, I prefer calling it A2S. I got shot down on that a long time ago.

I tend to refer to rides named after a single character by that character’s name (so Pooh, Buzz, Hagrid) rather than by the acronym. This is partly because the names of these rides tend to be quite long and I can’t always remember what they are (TMAOWTP, BLYSRS, HMCMBA). So: Remy. But then the acronym is short: RRA.

How to decide? I went for the broader convention and voted for RRA.

I can see myself using RRA and Remy interchangeably. I do the same with Pooh / WtP.

That bit makes me smile every single time.

I might normally go with Remy but I had a co-worker named Remi and I’m constantly second guessing the spelling.

So I’m going with Rat. 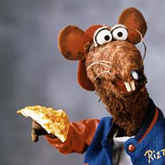 Really, I think Rat and Remy are both intuitive and self-explanatory so can reasonably be used interchangeably.

I just realized the bulk of the ride is in French audio with no subtitles or dubs. I get its in the france pavilion but people are going to be so confused.

Why choose the very worst possible association with the ride? It would be like calling Pooh “Shit Bear” or Spaceship Earth “Space Testicle.”

(I’m going to now challenge you all to come up with more of these.

I hate to tell you, but Spaceship Earth is ‘Golf Ball’. If it’s the other thing, I recommend seeing a doctor

Um…Remy is literally a rat. I know people that have had very nice pet rats. Isn’t your attitude a bit specist?

ETA: I think you missed one of the basics points of the movie, maybe? That he’s a rat and that’s ok?

I can’t say or hear the word rat without recoiling. They need a better name.