Original Thread What is Your Favorite Resort

I know real original. I was thinking about what my favorite resort was and I thought I love the Contemporary. Followed by that long but.

I know the Contemporary is not the best themed, but it seems to be my families favorite. We typically drive to all the other three parks and walk to Magic Kingdom. I think that is the biggest draw for us. Now, I have stayed at the Polynesian. However, it just didn’t have that wow factor for me. Don’t get me wrong it’s nice just not for us.
Then there is Wilderness Lodge. Similar to the Contemporary for me. However, nothing beats Wilderness Lodge at Christmas. What tops at giant log cabin with a massive Christmas tree?
However, when I travel alone I really enjoy Port Orleans French Quarter, such a small resort and easy to get around. I also enjoy Coronado springs, but honestly the only draw is that I like the refurbished rooms.
I look forward to what resort you love and why in this original thread.

Though it has many critics on this forum, my favorite by far is the Poly. The resort feels small and intimate compared to the others. It’s nice to have access to the TTC/EP monorail and the MK monorail. The pool with the Volcano is great, I love the pulled pork nachos at Captain Cooks, the French press coffee at Kona, and the Pineapple Lanai!

Moderate - CSR, maybe. Only 1 night there, so must do more investigating . . .

I completely forgot about the French pressed coffee. It is so good

My favorite resort is, hands down, AKL.
My first trip as an adult to WDW was with my husband and firstborn to AKL shortly after it opened. We fell in love with the resort from day one. The animals are great, obviously. But the stunning lobby, the cultural representatives, the details in the decor, it just hooked us in. It has a presence that we haven’t found a match for. No matter what other resort we stay at, we end up constantly comparing it to AKL. The situation with it not being fully open right now kills me.

I have never been to AKL and you are not the first person I have heard that from. One day I will stay there.

Kona Coffee! Did I ever admit here that I once rented a locker to store a bag of coffee for the day at MK after a Kona breakfast?

rented a locker to store a bag of coffee

First love: POR
New favorite Moderate:CSR
Home: WL
Someday I will get over it and I will be able to think of AKL and not cry. Maybe someday it will be #1 again.

Our favorite is probably Pop. It’s fun and laid back and non stressful. A good value for the money. We haven’t stayed since the sky liner so looking forward to that.

My favorite resort is …

Yep, I went there, even though this is a WDW thread. But how can you beat walking out of the resort directly into California Adventure and Downtown Disney, and being steps away from Disneyland park? You can’t. And it’s a beautiful resort - magnificent lobby with a huge fireplace, comfy chairs, and a quiet yet bustling energy that radiates around the atrium. The minute you walk in, you know you’re home.

I have stayed at four of the resorts in WDW (GF, POFQ, WL, and OKW) and of those my favorite was WL since it reminded me the most of GC.

I’m going to stay at three resorts I haven’t tried before in May and I’ll report back.

POFQ. I love the small feeling, the theming, the beignets - everything about it.

Someday I will get over it and I will be able to think of AKL and not cry. Maybe someday it will be #1 again.

If I could only stay in one resort forever and ever, never staying anywhere else, it would be AKL Jambo. It is 100% the atmosphere for me. When I’m there I truly feel like I belong. It’s home.

This probably isn’t the thread for me, because I’ve only stayed at AKL and Beach Club. I loved them both, but if I had to go back to one of them it would be Beach Club - AKL was beautiful but it just took too long to get everywhere, I got tired of being so reliant on the buses.

My dream resort, though, is the Poly - I badly want to stay there on our next trip, whenever that is.

Ha! Three years later I still have the two night CL voucher. You know those hair dryers they kept in bags under the sink? I think the final, there goes my heart was when I was told (!with eye roll - what is scum like me doing on their resort) that if I wanted a hair dryer in the room I should have requested one at check in “they don’t leave them in the room as an energy savings initiative”…as I sat their sobbing. They made it clear I did not meet their standards.

I have eaten at Jambo once and stayed at Kidani once since then.

We can all have a nightmare experience at any resort. That split stay I then went to WL. It is why I bought CC and outside of AKL that trip was amazing.

I feel every Disney hotel has their own plus and minuses. Every one I’ve stayed at thus far has been a great experience (thankfully). So it’s such a hard choice. But if someone said “any hotel, anywhere on property, for free…” then there’s a clear winner for me, and that’s the Contemporary.

I HATE the contemporary’s lack of Disney theming…I mean, I loathe it. I find it borderline offensive the quintessential Disney hotel, the one used in allll the marketing back in the day, is also the most anti-Disney hotel. It’s also has a ton of other negatives going for it. It’s stupid expensive. If you get a lake-view you hear the pool music and activities all the friggin time. The elevators take forever, and if it’s crowded you could end up waiting for an elevator for a while. The balconies are so tiny.

But despite all of that, ALL of that, I love the hotel. So much so that I am able to overlook the Beige Assault™ and the other shortcomings. Waking up to a close view of the castle as well as a view of the Electrical Water Pageant (when’s that coming back, anyone hear?), that morning walk to Magic Kingdom, a short elevator ride to Chef Mickey’s (shut it, I like the restaurant for breakfast

) or contempo cafe, … I just can’t think of a better experience. And for DVC, Bay Lake Tower also fixes most of those complaints. 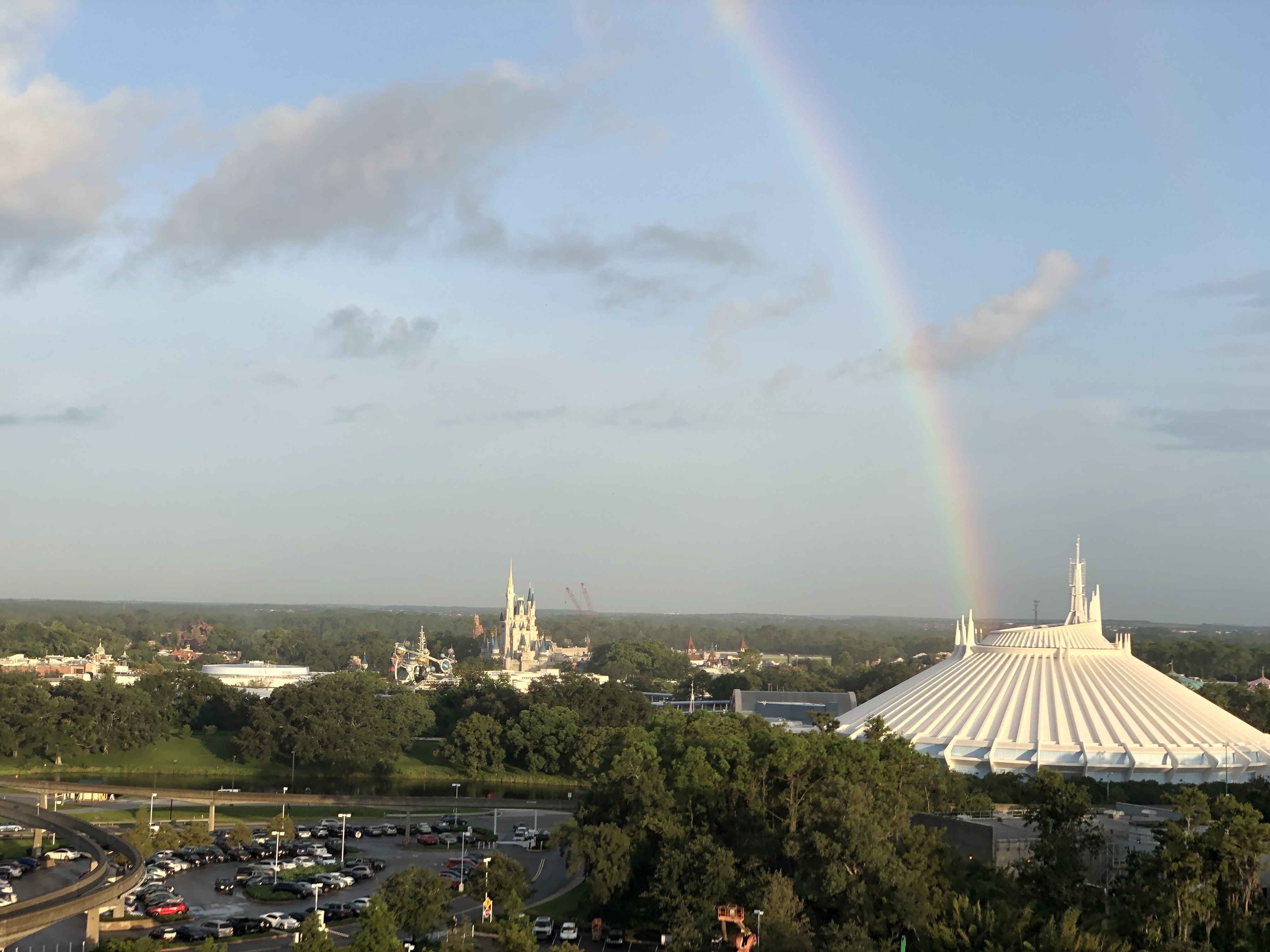 However, a super strong contender is French Quarter. It’s beautiful and small so there’s only 1 bus stop (which is a huge bonus for me when I’m tired at the end of the day). You can also quickly run over to the food court and take advantage of your Dining Plan’s mug multiple times without it feeling like it’s a chore. And the boat ride (when covid isn’t screwing things up) to Disney Springs is slow, but fun. It’s also nice that it doesn’t break the wallet.

now for a quick offtopic rant

I would agree with this, but PL needs to give you the same amount as you get at the parks. Only ONE time I’ve gone there, I’ve gotten what I feel is a decent “pour”. And considering it’s the same cost as the parks, it’s really irritating.

We’re new DVC owners and I’m looking forward to staying at Contemporary at some point - but am a bit concerned that BLT ‘theme park view’ is actually ‘car park view’ - do you not find that?

At the moment GF is my favourite - I know a lot of people don’t like the ‘stuffiness’, but for me has a great relaxing feel. Also amazing for MK - never waited more than about 2 minutes for the monorail to get there, and then a nice boat ride back - and now the walkway as a third option.