I am SO EXCITED for my brother and his family ~ TODAY begins their first ever WDW trip … and i have no one to share my excitement with!! so i’m posting it here LOL.

after a 20 min delay from PHL to MCO, they were ON THEIR WAY. the DME picked them up almost immediately (“not too crowded” my brother said) and dropped them at the Polynesian. they were starving when they arrived. i’m watching them on the Glympse Locator App (it’s hilarious

) and it looks like they shuffled around Capt Cooks for a bit before i reminded them they have a FP coming up.

“Get thee to the park!!” i texted … and i see them moving toward the TTC. they are finally arriving in Epcot now. i’m having a blast following them LIVE via this app.

i’ll keep updating here whether anyone follows along or not … i’m still having FUN! vicariously … through them.

What’s the Glympse locator app? I’m assuming it’s like find my friends on the iPhone and you can see where they are?

yep! exactly … it’s been GREAT. never used it before … 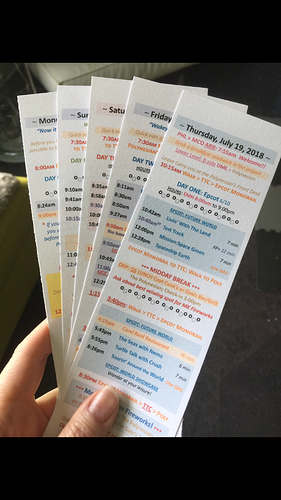 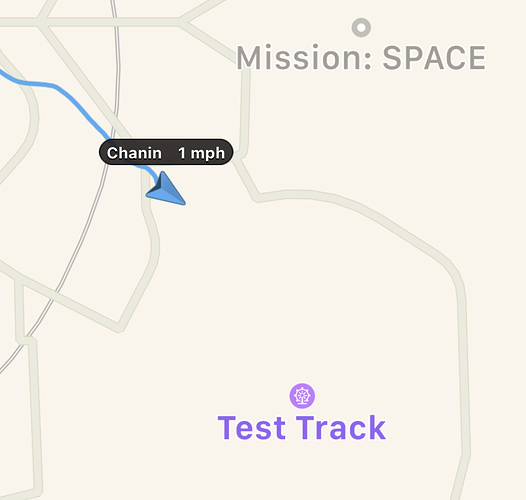 Okay. That is SO cool. I’m going to have to look into that. It might be a great way for my wife to keep tabs on me!

i love it … it’s a great way to eliminate all the wasteful “where are you??” conversations!

i’m not sure the app will follow them into a ride. there has been 0 movement outisde of Test Track. at least i know they made it to their FP+!

Location services might not work effectively inside some buildings. My phone like that at our local JC Penney store. Once inside, I’m completely cut off from the outside world. My phone does not get ANY kind of signal at all. Can’t even place emergency calls! Plus, they don’t have free Wifi in the stores. It is panic-inducing!

yep! i’m still looking at a “frozen” screen … i hope they’re loving it!! i tild them, even the lines at WDW are awesome.

People love them or hate them, it seems LOL … thankfully, my brother and his wife are very grateful. they’ve never been, and they didn’t know where to begin. they only have 4 days, 4 parks, so thanks to Touring Plans, i’m helping them get the most and the best our of their time. LOVE Touring Plans!!

WHO hates them? I’ll fight them right now!

I’m still waiting for you to post your one-note file so I can …ahem…borrow them.

Someone on here said they’d want to hit themselves over the head with a cast iron pan rather than follow these hahaha … i get that. it’s not for everyone!!! but for us Type A peeps, it’s AWESOME.

i wasn’t the one with One Note, but i remember that coming up in the thread a few weeks back … can’t remember who that was. i do these in my design software – really, it’s just a “prettier” version of the same thing i have for them in TP’s Lines app. i figure if their phones won’t work, they’ll have these Quick Glance guides for back up.

i can customize the same for anyone who wants them! i love doing this stuff …

can customize the same for anyone who wants them! i love doing this stuff

You’re a hero. I may hit you up on that after our fastpass day! I’d love these. So much handier than carrying huge pieces of paper. It’ll be our first trip too, so really, more community service. Lol

. I went back and re-read it and saw it was InDesign. Guess I’ve been futzing too much with my iPad and reading up on bullet journals and got confused.

i’d be happy to customize your trip! it’s all just TP … i wish i could work for these guys.

Might take ya up on that. First I gotta finalize my plans.

And I agree! it would be cool to work for TP.

I believe I had said it before, but I’ll say it again: those cards are awesome.

They remind me of some “First Things First” cards I used to use to plan out my week. I’ve since gotten lazy and don’t use them anymore, but I think maybe I need to go read that book again.