Yesterday I sent a message to my long-time friend and dog-sitter, Sarah. She ended her reply with “Why not? Everything is doom and gloom.”

Yup, I’m packing my bags and heading back to Orlando. This time next week I will be in the air and on my way.

I accept that this is one of the worst times of the year to go. But, as I’ve said before, your worst day in Orlando is better than, well, a regular day stuck at home doomscrolling newsfeeds.

Let’s drill down into the detail.

A friend of mine mentioned earlier in the week that she would be in Orlando later in the month and did I want her to pick anything up for me. That lit a fuse that burned slowly for a few days before I responded, “What dates will you be there?”

I then visited my old favourite, Virgin Atlantic’s website, and started looking at flight prices around her dates. Initially I had in mind a weeklong trip like the one I did last month. Flying out on a Wednesday and returning on a Wednesday fits my work schedule very well, as I take Wednesdays off.

But this trip would be slightly different: I can’t afford to take time off work. Well, maybe I could financially, but I can’t afford it professionally. I can’t keep telling my students they won’t have a lesson next week because I’m off on holiday again. But my time in Canada last year taught me that it’s perfectly possible to do my work from North America.

Then I thought, “If you’re going to do this why not really do this. Make it two weeks.” After all, a two week WDW ticket costs exactly the same as a one week one (in the UK). And I have a Universal AP, so time spent there is free. (This turns out not to be quite true. See later.)

Accommodation, however, costs more the longer you stay. Obviously. So in the end I compromised on a nine night stay. Fly out on a Sunday, fly back on the second Wednesday. This fits my work schedule, because both of those are days off and so I won’t miss any work on flying days.

After my experience in Economy Delight last month, I knew that it’s Premium Economy or nothing. I found a price I could live with by tweaking my dates — essentially the cheapest combination they had. Luckily Upper Class was so ludicrously expensive that there was no way I could sneakily upgrade myself. (Premium Economy has bigger, much more comfortable seats than regular, with much more leg room. And much better food. And priority check-in, boarding and baggage handling. It’s not a huge amount more, if you find a decent rate for it.) I’ll be taking the train to the airport: first class obviously, but it’s surprisingly cheap ($140 return) and you can take any train you like (many tickets are locked to specific trains or time periods) which is useful for the return journey because you can’t be sure when you’ll actually get to the station.

At this late stage, and arriving during spring break, on-property options were limited and too expensive. A friend recommended TownePlace Suites by Marriott. High-speed WIFI for work, free breakfast (big saving there) and shuttles to the Disney parks. Oh, and decent looking pool with hot tub. And a bunch of decent shops (i.e. Starbucks) just across the road. Sold. $1,100 for six nights (all-in)

I then looked at options for UOR. Initially I booked Endless Summer Dockside: I got an AP rate of about $140 a night, plus tax. But then I discovered a few things that made me change my mind. First, my AP was blocked out on my arrival day for both parks, and on the second day at one park. Hmm. I know, I thought, I’ll pool hop. You can do that at UOR. Indeed you can. Unless you’re staying at Endless Summer. And with Endless Summer you are bus-bound.

So I switched to Aventura. I got the cheapest room they had: $230 a night, plus tax. But for a skyline view room. This was on the Be A Savvy Traveller promotion.

As for the AP, if I upgrade from Seasonal to Power (which should be no more than $50) my block out woes are over. I may try to get some Volcano Bay action in: you can walk there from Aventura, and I’ll get Early Access.

I then booked my usual hotel at Manchester airport.

I’ve juggled my Saturday classes, so I will only be working on Monday, Tuesday, Thursday, Friday, Monday and Tuesday. In each case from 11am to 3.30pm.

During the WDW phase I plan to have a chilled out morning, maybe enjoying the pool and certainly enjoying the free breakfast. After work I’ll head straight out to a park. MK closes at 11pm and the others at around 9pm, so there’ll be plenty of time.

During the UOR phase I plan to take advantage of Early Access: I can walk to IOA (Hagrid’s will be operating as well as VelociCoaster) get some rides in, have breakfast, then walk back to the hotel for work. And back to the parks afterwards: they close at 10pm.

I’m a little anxious about the UOR leg. I won’t have an Express Pass: some days were already sold out and the others were insanely expensive ($309 plus tax). So I’m not sure what I’m actually going to do in the parks. I could move my Tuesday lessons to Saturday or Sunday and then get an Express Pass for that day: they were about half the cost.

Other than choosing parks, I’m not actually planning on making any ADRs. I want this to be a low stress trip (well, as low stress at CL10 days can be). I’m just going to wing it.

Congrats on the trip! I was confused by your post yesterday regarding 10 crowds. Now it makes sense!

I wasn’t sure if I was going to go public about the trip. But I decided I would do as people might have useful advice.

Oh yeah. I booked my COVID test which, inexplicably, you people are still requiring.

I think that you could RD at UOR, and get rides in without Express Pass. You’ll have to leave the parks anyway for your teaching during the busiest time of the day. Also, keep checking for AP hotel rates, they pop up periodically and you could save even more money there. I’ve been able to switch at the last minute. I’ve heard good things about the hotel you are using for WDW.

ETA: yeah, I guess you already mentioned using early entry at UOR and then I said it again. On really crowded days you’ll want to try to be at the gates 1 hr before early entry time. If EE is at 8 for example, they’ll often let you in at 7:45.

This is awesome! Have a great time!!!

I am jealous. Have so much fun.

I’ve been looking at our school spring break–the first two weeks of April and can get flights for $69 each way from Kentucky. I’d just do a resort stay, with pool time, mini golf, and maybe a water park, but I’ve talked myself out of it. We are doing and 8 day 7 night Western Caribbean Disney cruise in October for fall break and I kept thinking I should save the money and put it towards the cruise.

Have you sold your house and moved into a tent in the park? How are you affording all these trips?! I’m insanely jealous.

Well this is awesome! Can’t wait to follow along.

Wow! This is great! Have fun planning!

Shut the front door!!! This is so freaking exciting! Have a great trip!

How are you affording all these trips?

I’ve been dipping into my Emergency Fund. I know that’s maybe bad, but then what exactly is the fund for? Everything is shit right now and I’m depressed. Taking trips makes me not depressed. Is that an emergency?

Is that an emergency? 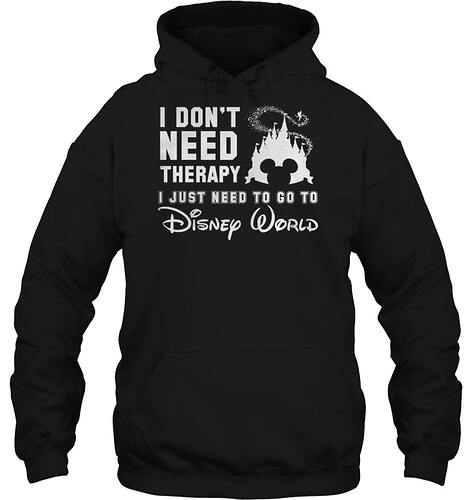 Mental health is important. If you need a trip then

Yay for another @mousematt TR

I don’t know you, but I’m genuinely happy that you’ve planned a way to combat the doom and gloom! I definitely think managing depression is an emergency. I have to manage my own precarious mindset on the regular. You have to take care of you first, otherwise you can’t aptly take care of anything else. Yay for another trip!