I’m sure this is a widespread phenomenon, but people in my area started decorating for the holidays earlier than normal this year (even before Thanksgiving, for shame!). As time has gone by I’ve also noticed more decorations than normal. I think everyone is in need of something to look forward to. Or maybe a “distraction project”. Everyone is just ready for this year to be over, so “let’s see if we can help speed it along”.

Anyways, this got me to thinking that it would be fun to share our Disneyphile holiday decorations here for the enjoyment of all. A good distraction for sure!

I’ll get us started…

When I took DS6 to Home Depot a few weeks ago, we saw this AT-AT blowup that was HUGE. I saw the sparkle in his eyes. But it was expensive so I said maybe. A week goes by and I finally rationalize the expense: with everything going on, let’s just go all out with the yard display. So we went to buy the AT-AT, only to find out that it was sold out everywhere

Luckily, I found it on eBay and surprised the heck out of DS6. And DW. She had no idea it was so big. 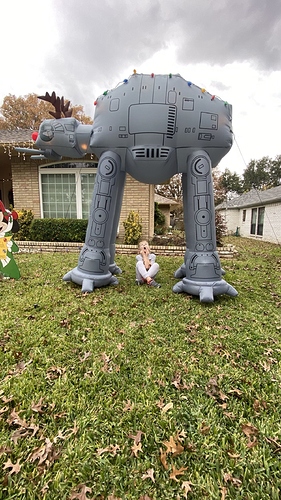 After putting it out, DS6 and I came up with the idea of making a lighted coronavirus and hanging it so that it looked like the AT-AT was shooting it. The idea grew over the following week. Now, the AT-AT would team up with Yoda to protect Mickey and Minnie (which we bought at a local art show a few years ago). Got a blow-up Christmas Tree to finish it out.

The coronaviruses were the difficult part. I stuffed clear beach balls with white lights and packing peanuts, and hot-glued red straws to the outside. Took a lot longer than I expected. I made one look already “blasted” and dead, one just blasted and dying, and one not yet blasted.

I had a lot of fun doing this. 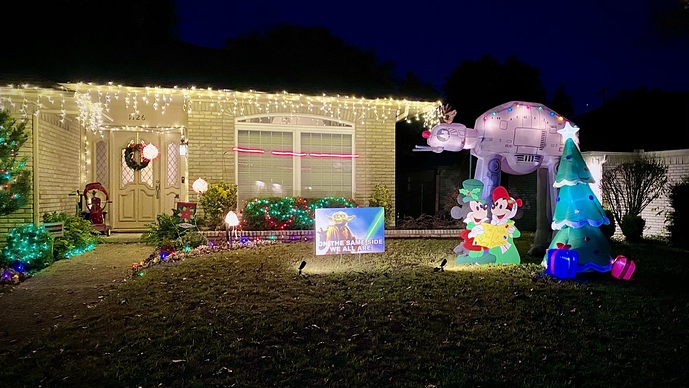 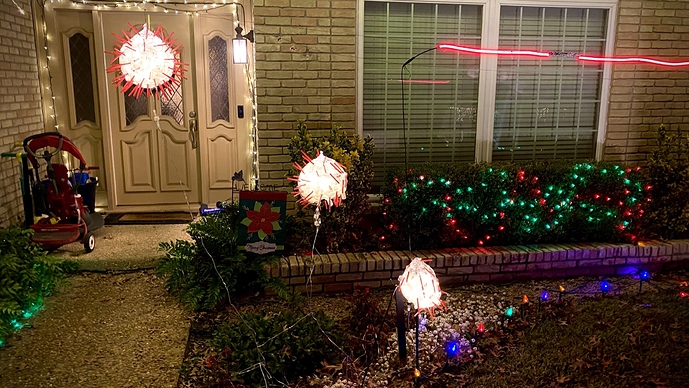 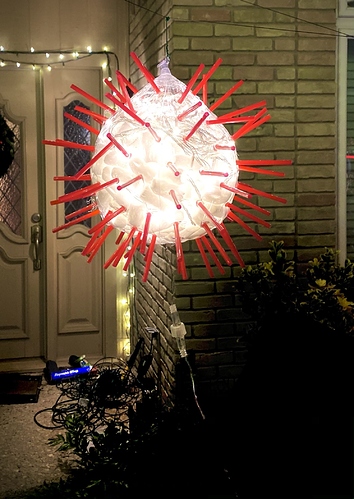 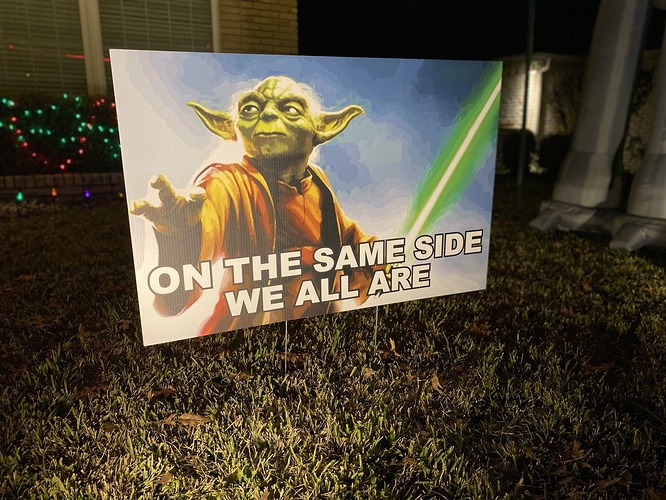 The Mickey and Minnie 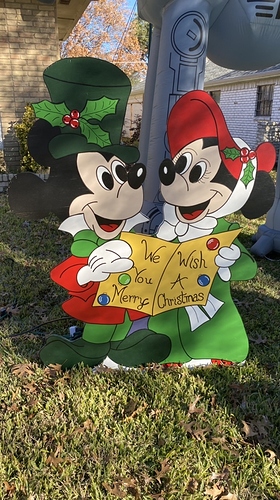 Mind blown. Awesome work there. Who knew all this time we could have just used AT-AT’s to slow the spread.

We had the AT AT for many years. Most notably, our neighbors got into our Star Wars theme by hanging up “ewoks” to attack it. 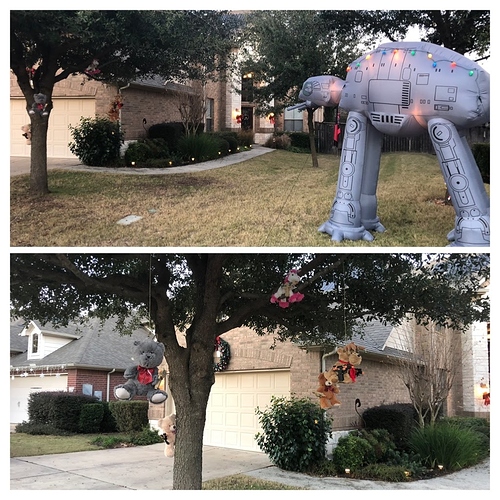 The AT-AT never stayed up well and I tried to just lean into it falling down by wrapping the legs in Christmas lights like Luke Skywalker had taken it down but that wasn’t successful either.

This year, we have some Star Wars and added some Universal Studios to the mix too! 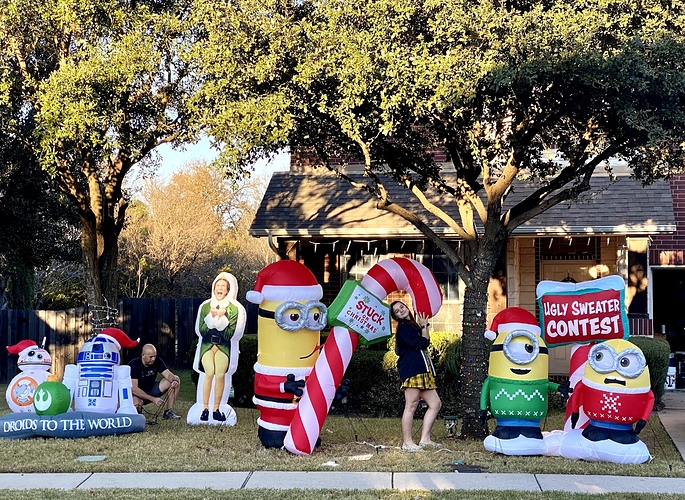 “Droids to the World” LOL!

Some might say I have a problem, check out the roof.

Here are some close ups

This is BEYOND. I can’t even fathom how long it takes to put up.

I am challenged when it comes to inflatables. I have a couple of Disney ones but they never seem to stand up right or not stand up at all. This year I just gave u

Love the un-hidden Mickeys! Nice to see you put so much work into just a secondary home you use while not at WDW.

Thanks, one of my passions. It takes a little bit of time but so many people come to see it. I am lucky, it is another obsession my DW puts up with.

You must get a lot of drive-bys during the holiday season! If you lived here, we’d be driving by for sure!

Shamefully, we don’t do any outdoor decorations. Perhaps I just need to find the right giant inflatable Disney mug.

I like these much better than inflatables. Just me.

I love it! Most houses I see that are so heavily decorated are tacky. Yours looks fantastic!

I love this Mickey and Minnie. Where did you get it?