Doing WDW Sept 11-18th. Will be dressing up in my Jedi costume for MNSSHP, Galactic Starcruiser, and a few days in HS.

I understand HS Launch Bay had closed during COVID, expected to reopen last month. Is it indeed open again for character meets? I’d like to get pictures in costume with the Star Wars characters in Launch Bay.

Yes! My kids went. They met Darth Vader. I wasn’t with them, so I’ll ask them for the details later today. I do know that the meets didn’t last all day. They had to get there by a certain time. 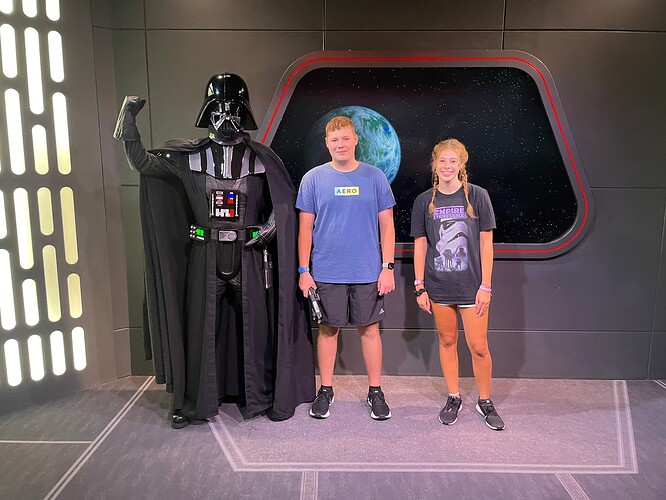 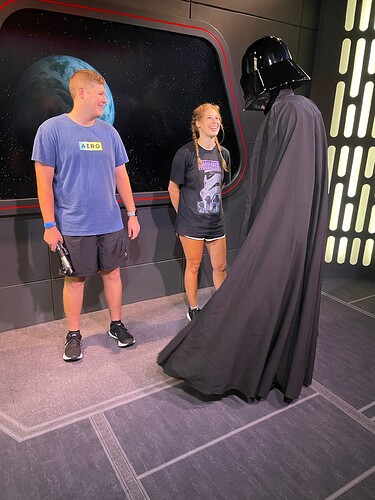 Yay, thank you! Even though I’ll be dressed up during my Galactic Starcruiser’s day in Galaxy’s Edge, I’m guessing I don’t want to use time from that day to go to Launch Bay. (frustrating that it’s all the way on the other side of the park). I’ll plan on dressing up on one of my additional HS days, and go early in the day

Yes Vader Chewie and BB8. The waits were crazy when we went so we didn’t do them. Well BB8 was 15 mins but we weren’t interested. They were 9-5.

Any recent reports on wait times for the Launch Bay meet and greets?

Editing. That’s all a lie

Corrections after checking time stamps on photos:
40 for Darth at 3:20, met at 4pm