How much do you stress over which park on which day?

I’m really struggling this time with where to go on which days. I will get FPP for my first park and then try to grab some Modify FPPs for the second park. As such, I’ve got AK planned for later in the week as my first park so I can get FOP, and I’m doing similar with HS.

I always feel like MK should be my first park to really get into the swing of things, but it’s indicating that it will likely be a MNSSHP, so was thinking about avoiding that in case we are still there at 4 pm when those crowds start arriving.

I’m trying to balance crowd calendars, spreading out parks so we don’t go to the same park on back-to-back days, scheduling HS and AK for later in the week so it will hopefully be easier to get FPPs for the big rides, but man I can’t make up my mind! Anyone else really struggle with this?

I always struggle with that too. I will say on my last trip I had the same plan in regards to having an a.m. park and p.m. park. I loved MK as the a.m. park on the party nights. Low crowds throughout the day. By 4pm youre ready to call it a day anyway. And even if your not, most party goers wont have access to fpp’s. My biggest issue was trying to schedule a night at MK to see HEA. It seemed every other night was a party night and when it wasnt, the crowds were so high it wasnt enjoyable.

** i will add that back to back works well if you break the park up. We spent one evening in Epcot WS and the next morning in Epcot FW. Same for MK, tour fantasy and tommorowland one day and then adventure and frontierland the next.

Totally agree with you on MK and HEA. We have 6 days worth of park tickets. There is a party likely on days 1, 3 and 6. Day 4 is a EMH at night, which I know is crazy, which leaves only two nights for HEA, but both of those are on days when we are going to MK the day before or the day after, and I’m trying to space out the parks so we don’t hit the same park on adjacent days (although that may be overthinking it too much). Just like there are plans for which order to ride the rides, I wish there was a way for them to give you a plan for which days to hit which parks!

I edited my first post with comments on back to back days.

Plus we RD’d AK on multiple days as we had no luck securing fpp’s for FoP. Worked well for us. We had no waits each time. Then we’d hit a few more rides and hop somewhere else.

I am going the exact same days as you! What I did was plug in my MNSSHP day first, because we are doing that. Then I chose which park had rides I absolutely wanted FP for, which for us is AK because we have never seen Avatar land…so I chose the lowest crowd level per touring plans towards the end of our trip to increased FP chances. Then used crowd levels. I also switched my parks around based on what food reservations I was able to make at my must have restaurants. So much to factor in. Make a rough draft and it will change as you alter your must haves to fit!

I stress about it. Make charts. Compare sites. Worry I did it wrong.

Our strategy for picking which park which days is probably weird, but it worked for us. We pick which restaurants we want to go to and then use that as a spring board for which park which days. Our last trip was somewhat easier. We went at Christmas, and I knew two things: 1) we would go to MK on my DD’s birthday (12/26), and that I did NOT want to be at MK on Christmas Day. We picked out all the restaurants we wanted to go to, and devised a way to go to them. The bulk of the restaurants were in Epcot, and very few were in other parks, so I worked around that idea. We decided to not go to a park on Christmas Day; and to go to Epcot on our first full day because it is our favorite park. After that, it all fell into place.

I was okay until they started releasing After Hours and Early Morning Magic for days we planned at each park. We planned to avoid Extra Magic Hours, got so hard to book TS, then 79 days before visit we have multiple days planned where there will be paid events. I can’t find new TS res to avoid so I’m stuck with possibly a larger than planned crowd.

I also pick the ADR’s at 180 days that are most important to us (especially GG PPO) and secure them on multiple days. So i had a few GG ADR’s from 8am-8:55am on different days until i decided which day would be our Epcot day. Then released the ones i no longer needed. Same for TH in AK. Had a few 10:45am’s on different days for that one. Once i settle in on a plan i release the ones i wont be using.

Can you have multiple ADRs booked at the same time?

Yes but there can’t be an overlap of times the same day. I think the span is an hour.

Haha that is me to a T too qwerty

Yes but you need a 2nd MDE account. I opened a 2nd MDE account using my wifes email address. This allows me to book ADR’s for the same time on the same day. I also need this as my current trip has 12 people going. I split the reservations up into 2 groups of 6.

I would absolutely go to MK during the morning on party days. The lines are WAY shorter and if you’re thinking about hopping, going RD to 4pm is a great amount of time. You can go grab dinner somewhere and catch a nighttime spectacular somewhere else and close down that park.

We did HEA on the EMH day between party days and it wasn’t too terrible (it was drizzling and we got there about an hr. early, but we had a perfect spot in the middle of the hub). Then it was awesome to explore MK as the park became less and less crowded as the night went on. We actually left around 12:15 when it was closing at 1am because we had done a lot and were pretty tired.

Same here and then CLs start going up at 3 mo out causing me to question myself again. 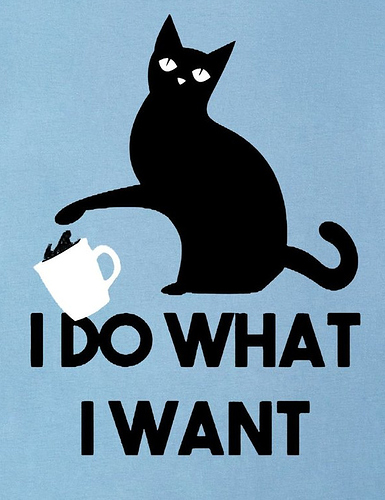 I’ve learned that having a plan is what matters more than anything, and then knowing a few helpful hints/tips/tricks to navigate the harder to plan for things or escape the longest of lines.

Yes. With our trips begin as infrequent as they are I need as much help as I can get.

Good to hear that I’m not the only one. I have a chart that has each day and then the park hours, crowd prediction, last year’s expected versus what they saw, and any EMH, as I try to avoid those. For this year, I’m trying to put both DHS and AK at the end so that it should be a little easier to get FPPs for FOP and either SDD, MMRR or MFSR at DHS. I know that they have said MFSR won’t have FPP when it opens, but when will they start FPP? And they haven’t announced a date for MMRR, but a lot of people think it will open by the time SWGE opens.

If this next trip works out (waiting on airfare…) it will be the most budget trip I have. I don’t anticipate any ADR other than Artists Point on a non-park day.

Since my ADR window will open before Southwest even offers airfare, I won’t know if I am actually even going or not, much less have nailed down park days. I think I will be trying to reserve AP for EVERYDAY of my trip at the 180 mark. Beyond that, I don’t plan to do any ADRs…

Also - these predicted Nov. crowd levels… can we even really have a clue prior to SWGE even opening? I feel far less secure in any data than years before.