Hollywood Studios- updated to have my trip report from yesterday

Tomorrow is our only day at Hollywood Studios. We are a family of 5 ( hubby and I and our three young adult kids). We got our paper tickets today at Disney Springs. Plan to be at the park between 5:30- 6am. Heard they open gates now at 6:15. All 5 of us will be trying to type in at 7am as well as sister-in-law at home.

But the lines are horrible for all of the attractions. Used to be you could tet SO much done the first two hours of the park. Now, it is looking like lines are 120 minutes or more by 7:30am… Any tip? I hate waiting in line, but we are just going to have to I guess. Last trip, I never waited in a line. And I hate the new fast pass system. Any ideas of how to make it better?

I keep up with easywdw.com they’ve been going to DHS pretty much most days since RotR opened and give really great reports with photos. I’d read the link I’m posting and maybe a few other of his blogs.

Ok, I have read his stuff and his recommendations don’t make sense. He keeps saying you can ride Melinnium Falcon anytime at 60 minutes or less… That has not been the case as I’ve looked today and yesterday. It has often been a 90-120 minute wait… It has been for ALL of the rides…

It’s been a 10/10 since christmas - tomorrow should be the start of the park returning to normal. I think the best advice i have is show up tomorrow morning, try to get a boarding group and then if it’s packed leave for another park until your boarding group is called (you have two hours from then to queue up at the ride). Go on the ride then check out wait times for other rides.

I’ve read in several places that HS has been swamped in the early AM but much lighter later in the day. I hope it works out for you. If you can get into Oga’s that was a lot of fun.

I read this as well and this is a great post on how to handle HS right now.

I think on more normal days, MFSR is typically 60 minutes or less. He recommends riding later in the afternoon, as the crowds seem to lower as the day goes on. Right now MFSR is a 35 minute wait.

I should also mention that our friend who traveled with us did the single rider line for smugglers run and it was only a half hr wait. Posted wait was about an hour.

Ok… it has been 120 almost all day. I’ve been checking. I checked 10 minutes ago and it was still 75 minutes standby, 78 minutes single rider, so it must have just dropped. But even still. If it doesn’t drop until 8pm and it is supposed to close at 8pm tomorrow. tomorrow… Most of the rides have been 115 minutes or later most of the day. We have been checking… Hoping tomorrow is calmer, but I am not optomistic.

And we can’t leave for another park. This is our only day and our only ticket for Disney.

Please let us know how your day goes tomorrow! I’m having the same anxiety about HS and line times since we will be going during a high crowd spring break week. Hoping the times are better for you!

If you don’t have FPPs yet, schedule them. Or try SDD tomorrow.

We were able to pick up Tier 1s FPPs at 2 drops in December.

Thank you! My oldest has been working on maximizing it. I’ll give him this info.

Should be able to get several rides in this morning before the waits get prohibitive. Good luck!

it looks like the boarding groups are still getting hit hard (they might have had a few less today too). regular BGs closed in 5 minutes, backup groups closed around 9am. Hope you made the cut!

We did. My computer programmer son was fastest and we got board grouo16. We got here at 5:45 but were way too far back for Mil Falcoln. We walked shoulder to shoulder 10 avrossand at 7:20 and were still walking 4 across not even to the line. Got out because waiting time was 120 and we weren’t even to the line yet. We didn’t think we would make the 2 hour window. Rode ROR at 7:30. It was amazing. Will report more tomorrow as we have a rest day at the house.

Just an FYI…the disney wait times aren’t necessarily accurate. They use them to scare people away from rides. Use the lines app to see reported and estimated wait times.

I found their wait times to be VERY accurate today. Very tired. Will probably do a report tomorrow

So we parked REALLY close at 5:45 yet we had to stand 10 feet or more back from the Hollywood Studios sign. I guess everyone in front of us was from the resort because the parking lot was pretty empty. They opened gates at 6:15. We got through at 6:30. We had gotten there so early to be front for Mil. Fal. We weren’t there nearly early enough to do that. We were by Star Tours. There were tons and tons of people in back of us, but a lot of people in front of us as well. Thanks to our son, he got boarding group 16.

They let us go probably 7:05 so that people could get BG and not have people trampling over those on their phones. We walked shoulder to should down the street to Me. Fal. It was horrible. At 7:20 we were nowhere close to the entrance. We were only 4 across at that point. Son looked on phone and the wait was already 120 minutes. And we were not near the entrance yet. We didn’t think we would make our 2 hour window, so we got out of line. I read that someone yesterday got there later than us and yet made it through Mel. Fal in an hour…I do not understand how they did that unless they elbowed their way through or something. Maybe as a single. But with 5 of us not willing to run over the lady in the wheelchair and multiple strollers, yeah, wasn’t happening. We looked at the stores, kids building robots ( first thing is the time to do it btw. When we returned later the crowds were horrible.)

Our group was called at 7:30. We only had maybe 50 people in with us in the group. I’m guessing because others were riding rides. RIDE WAS AWESOME. Got off at 8 and people agreed our day was complete. Star tours had a 25 minute wait so they did that. Then they all rode TOT. I just wandered around or sat on my phone. They finished that at 10. Our Prime Time café reservation was at 11 and the lines were all too long to do anything, so we rested and watched the Galaxy show at 10:30. Cute. Got to Prime Time at 10:50. Do not understand why we had such a hard time getting a reservation until yesterday. Our section had empty seating for about 25 people until about 11:45.

Anyway, we went to our fp of Muppet to let our food digest. Then we saw that Mil Falc was only 85 minutes. ( ONLY…uggh). So we waiting in line. From stepping in line to getting back outside where the line started was exactly 85 minutes. We did have a ball on that ride since it was us and a very quiet single rider. My daughter and husband were the pilots. Boys were the gunners. And my motion sickness self was at a perfect job as a gunner where I could look at buttons instead of the screen. I would not have survived as a pilot. I would have thrown up. It was 1:55 at that point.

They had a fp at RocknRollercoaster at 2:20, so by the time we walked over there they only had 5 minutes to wait. Done at 2:40. The lines were SO SO long at everything. We had a fp for Beauty and Beast at 3:20. We tapped in, but no more fp. Everyone was tired and did not want to stand in anymore lines so we walked back out and went home. Now technically, we could have stood in the 105 minute line for SD or 90 for Mania…but YUCK. My kids ( 18, 23 and 25) had no interest in any of the shows. Most of us hate crowds and lines. ( Last time I did this almost 12 years ago we didn’t wait in a single line because of my fast pass use.) But everyone felt like the day was successful because they saw the Star Wars stuff.

Kept my thoughts to myself, but 635 dollars to do that yesterday is WAY WAY WAY too much money. Honestly, even my daughter said ( this was her senior trip) that if we had known ahead of time the craziness she would have chosen a different park to just walk on the rides, and yet she REALLY wanted to do Star Wars. For us, I knew we only had one day there. I didn’t want to buy tickets until I knew what the weather would be ( week before then). I did not want to drop that much money and have it pouring down rain. However, that meant all the fp’s were gone…or the ones before noon. Yes we logged in that day, but our early Rise time and Prime Time Café ( That was my daughter’s one request other than Star Wars and it was as wonderful as last time.) Prevented us from snagging any earlier ones.

So here is my planning advice:

As for me, I’m looking forward to camping in Colorado this summer with no one around as we hike looking at the gorgeous mountains. We won’t be back unless maybe we have grandchildren who insist we go. I’m done with Disney. Loved our first two trips, but now it is a nightmare. Our days at Universal were more fun. Resting today, then we have 2 more days there.! 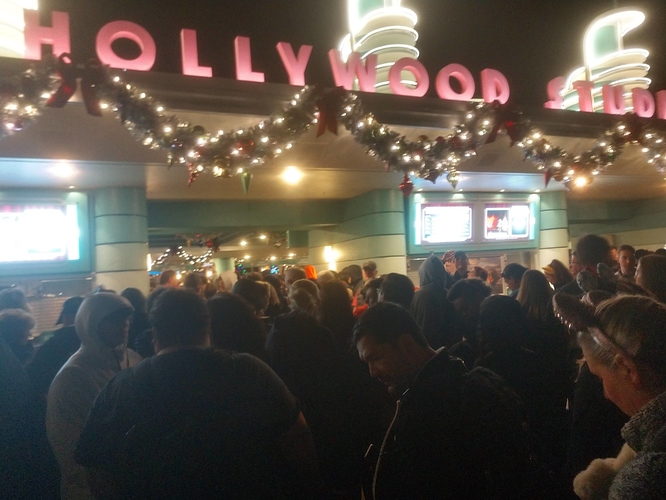