And so we begin! I originally booked this trip mid-March just prior to the world going upside down. Not sure I would have imagined this but I feel really fortunate to be able to go. We were originally booked in a 1-bedroom at AKL and were almost in a BWV studio but are now 5 nights at BCV and 3 nights at BRV! I rented some of the DVC points (and I was allowed to unborrow a bunch of my own fortunately) from a fellow liner who has been AH-mazing to work with between changing resorts and guests and waitlisting a couple of the nights. PM me if you would like a referral.

Another piece of the puzzle has been the whirlwind of Southwest flights! We live in a Boston suburb and like to fly out of Manchester for the small airport and direct flight. But SW changed our flight to be insanely early and ultimately canceled it so here we are at 5:30am en route to Providence’s TF Green where we have a direct flight and will hopefully be wheels down in about 4 hours! 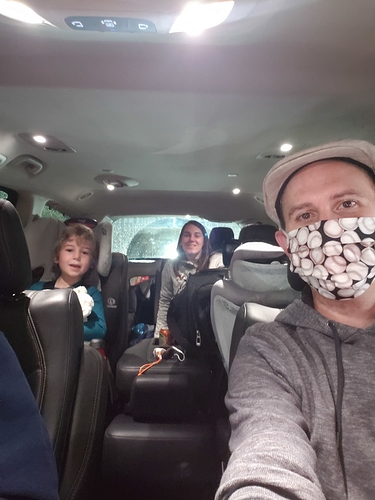 You are on your way! I’m excited to follow along

Ahhh… my park days start tomorrow so I think that’s what was in my head. I’m checked into the plane now so thankfully not a day early!

Have so much fun!! Can’t wait to follow along!

Have a safe flight and looking forward to reading more.

Have a. Awesome trip!! 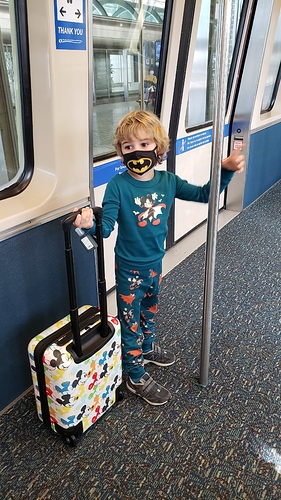 This was our first time using the Magical Express and it’s been great. We got a little too excited with pretty much no line and got right on a bus, but we only waited about 15 minutes on the bus. And now we are watching some Mickey shorts and I placed a mobile order at the Beach Club marketplace. No room number yet!

What an adorable little cutie. And the outfit is perfect. 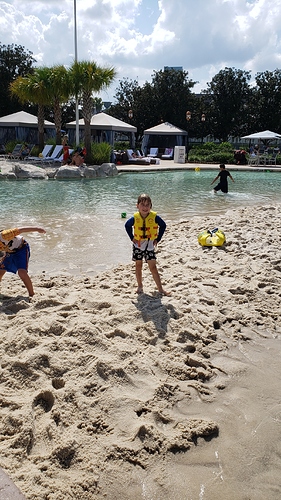 I now know why so many people have a love/hate relationship with Stormalong Bay! It’s fantastic but I’ve walked 5,000 steps up and down stairs over the river. It closed to capacity around 2pm but didn’t feel that crowded which was nice.

We are heading to Disney Springs for the evening. First stop Cherry Tree Lane Dress shop!

I ended up getting these suitcases for myself! I only felt a little silly wheeling it through the airport today.

Can’t wait to read your trip report! I’m en route to UOR and will be in the bubble Tuesday.

Whew busy day today! First, the Beach Club is amazing! THE SMELL! I can’t get over it. Love it.

We had breakfast at Ale & Compass which was delicious. I ordered the chocolate waffles and was lucky to eat one before the other two got snatched up by DH and DS. We very leisurely walked to Epcot and landed there around 9:20. It’s weird to me how late 11am feels with small children. We were wicked early but I thought they must have already started letting people in because nobody was there. The guard tried to tell me to come back at 10:30! And my DH did want to go back to the room but I persisted. We milled around and some people came and got on the skyliner and I think the guard actually scared a bunch away. My son begged to line up so we got in line around 9:40 maybe. First! 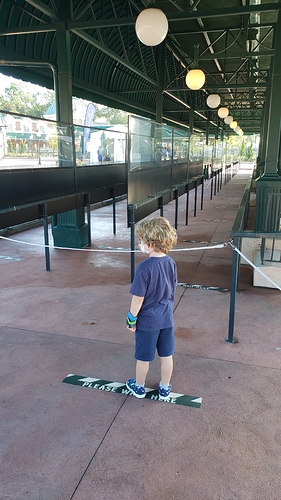 They staged us into some switch backs, then temp, then security and finally we got in. As we were tapping in the skyliner people started to pour in. So if you are first off there, you’re fine. We rope dropped Test Track per request of DS. The main entrance people were there first but only a few so we were about 10th in line. Great ride! I didn’t ride last year because of my other DS! Then we speed walked to Soarin which was about 10 minutes maybe? Also great. We came off Soarin around ten past 11 which felt great. We did LwtL while we were there because there was already a huge line just to get into the building. It is wacky how they make you go upstairs, all the way around and then back downstairs…

From there we hit up World Showcase. There was already a line in Mexico so we skipped it. I got the orange wine slushy and DS got the regular orange slushy. DH got German beer and we spent the required 20 minutes watching the German train. 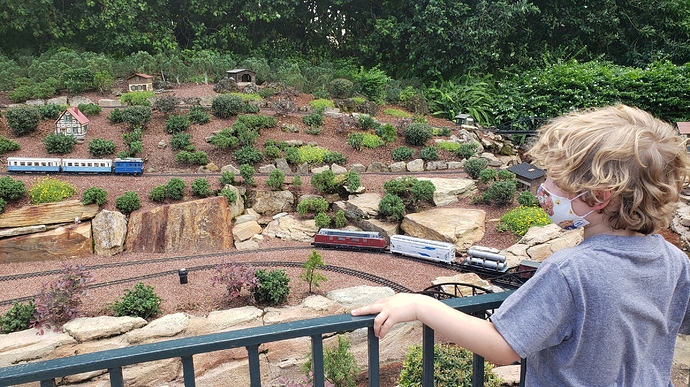 DH took DS back to the room to nap and caught a cavalcade that I am bummed that I missed, but ALONE TIME ALERT! La vie en Rose slushy and a croissant. 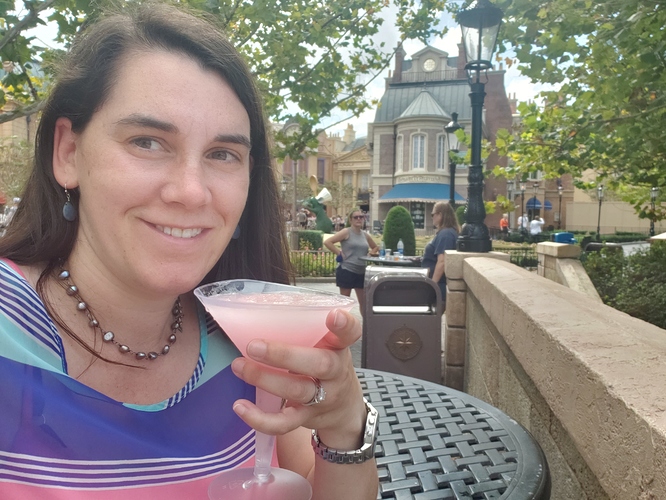 We came back around 4:30 and DS and DH did Mission Space. The sky was looking menacing and they were announcing that TT may close at any minute and I felt terrible for the people who waited 90 minutes. Then we took the boat across the lagoon to America to watch Mariachi Cobre one of our absolute favorites. My son is a huge Coco fan. With all of the entertainment losses I’m glad we still have these guys. 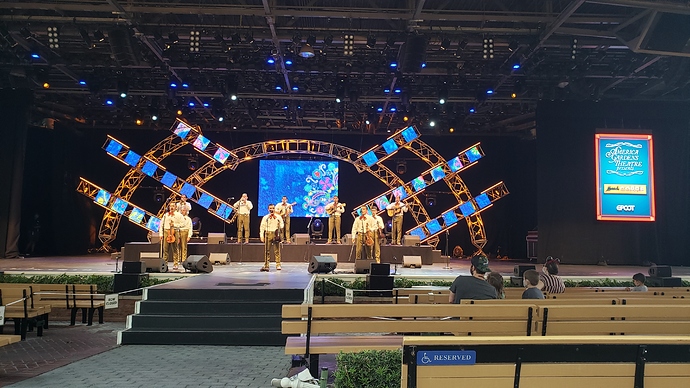 Dinner at Biergarten (another group I’m thankful is still around) with a German server that DH was able to speak German with was great. It was raining when we came out so we thought maybe we could squeeze FEA in but that line was still in China so we just did Mexico and headed back to BCV.

DS loves this pull down bed! 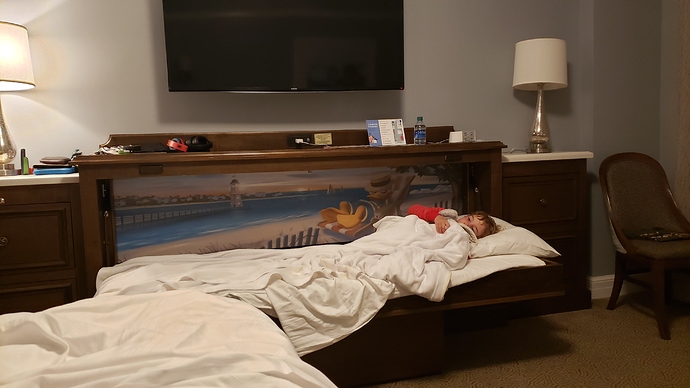 Then we took the boat across the lagoon to America to watch Mariachi Cobre one of our absolute favorites.

Oh, the boats are running inside Epcot?!?!

They are great suitcases! I carried the bigger one around the resort today to do laundry and got two compliments. Have so much fun at UOR!

Yes! Just from the promenade to Morocco and back but it was a nice break for our feet.