We are going to be in the Orlando area (doing mostly Disney) September 8 - 18, so we got the RUSH OF FEAR pass for HHN 2017. It costs the same for one person pretty much as it would for a single night ticket to the event. HOWEVER, if you get the RUSH OF FEAR pass, you can go any of the open nights the first (2) weeks that HHN’s is open. So, really, we get to go for THREE nights during our stay - amazing!!!

Be sure to check the website on what you can and can’t bring into the park. They bag check you, and if you think you’re gonna save money by bringing drink(s) with you, think again… You’ll either have to return them to your car or dump them in the trash.

Also, if you use the valet parking (which is pretty nice), GO EARLY! The line to get into the valet circle is super, super long… and bring $5 bills with you for tipping the car guy on drop off, and the other end on pick up of your car.

ANYWAY, the reason I’m starting this thread is to see who’s in, and what house(s) you are most excited about. For us, right now at least, it’s ASH VS. EVIL DEAD, and recently announced SAW house - omg!!!

One more tip - if you are doing the RUSH OF FEAR for multiple nights, and don’t want to wait in line, pony up the extra $200/ea to add the EXPRESS PASS to each ticket. This will put you over $300/ea, BUT you get to enjoy the “fast pass lanes” for all haunted houses, selected rides, entertainment, etc, for EVERY SINGLE NIGHT you are there. So if you are there in the first (2) weeks and add it on, you can see how you save a bunch of money… trust and believe me, it’s so worth it.

ALSO - Diagon Alley at night is worth the cost of admission alone… so VERY COOL at night!

Peace, love, and pixie dust to y’all!
~ Josie ~
aka - Imaginette 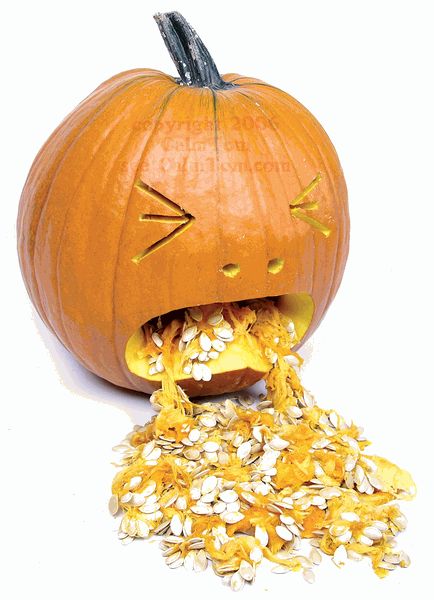 Going for the first time. One night at HHN, so got RIP. Not a huge horror movie watcher so I will have to pre-watch some of the movies (I have seen some classics, though). Not sure about the Bill n Ted’s.

Okay, since you asked, maybe you can help me.

I am a HUGE Halloween fan. Decorations, haunted houses, scary movies, the whole 9 yards. I live for Halloween. However, I have very high expectations, especially of haunted houses. I will be in UOR October 21-24 with my sister. Part of me would love to go to HHN because it is the biggest Halloween celebration in the industry, but here’s my problem.

My sister can’t afford it and I don’t want to go alone, so I would be paying for her ticket and mine. I know from all my research that we will need Express Pass, so I am now looking at over $300 for a one-night event on top of the regular cost of my trip. I have also heard that the haunted houses basically run a continuous line through, like cattle. To me, this is no fun, nor is it at all scary. I like smaller groups with breaks in between so you don’t see everything happening in front of you. Also, so far SAW is the only house that intrigues me at all.

My question to anyone and everyone is: Is it REALLY going to be worth $300+ to go to this? Is it over-the-top scary and incredible, or more like a fun adult Halloween party? I am having a very hard time deciding what to do! HELP!

I have also heard that the haunted houses basically run a continuous line through, like cattle. To me, this is no fun, nor is it at all scary.

So yeah, they do this cattle train thing, but it’s for multiple reasons. Safety for them, and for you… and because they have a LOT of people going through this experience.

If you go during that time period, it’s basically going to be BODIES EVERYWHERE, so yeah, you’re going to have to buy the Express Pass. That’s a lot to buy for both you and your sister this time around.

The houses are fun, the scare zones too, but if you can’t afford it, I’d say wait another year or two and go when you can. Maybe go during the first (2) weeks when they are open and get the RUSH OF FEAR pass with no express pass… that will run you about $200 for both of you, and you can go as often as you like in the first (2) weeks.

Enjoy your trip!
~ Josie ~
aka - @imaginette

Thank you, Josie! I appreciate your input. So, it sounds more like a fun experience than a scary one. Is that accurate? Fun totally has its place, but I feel like I would only pay big bucks for scary and blow-my-mind awesome.

@rebeecky - it’s a bit of both. I mean you know that they are actors, and there are a LOT of drunk people out there (because that’s how Universal makes a ton of money at these things, I’m sure). I scream, I laugh, and if you are a screamer, they will tell their peeps ahead to look for you, so they can get you to scream again.

If you’re going to be there anyway, the first two weeks, I would snag the RUSH OF FEAR thing without a fast pass (express) add on… then you’re only out the cost of one ticket. If you love it, come back as many times as you want that first two weeks, no harm, no foul. Be prepared for LONG haunted house lines, especially on the weekend, or the first day it’s open… and the last two weeks (near halloween).

Unfortunately, I live in Illinois and my trip dates are locked in so it looks like a no-go for me. Thanks for your help!

Sept 21st. This will be our third!

So, I just had another thought. So far, Saw is the only house I have any interest in. I am now thinking maybe I WILL go to HHN, pay for my sister and I and not get the EP and only plan on doing the Saw house, taking in the scenes, doing the mazes, seeing the scare zones and enjoying the ambiance (and Diagon Alley at night, which you are soooo right about). That way, I can see what it is all about without breaking the bank on houses I don’t care about anyway. Thoughts?

I think it sounds fine! Don’t miss Bill and Teds farewell show. The houses are the draw for us but it is tiring to hit them all.

Thanks! I truly think this is my new plan. I appreciate your input!

I hope you get in, get on the things you like, and have fun!

And keep in mind the rides that are open, particularly toward the back of the park (like MEN IN BLACK) are virtually line free - pretty sweet!

We (my hubby and I) are attending on the 21st and 22nd! It is our first time and I AM SO EXCITED!!! I love, love, love Halloween and horror movies and have been wanting to go for years. We are leaving our 12 year old in the care of my mother for that week and it feels weird to be going to Orlando without him but he is fine with it because he gets scared very easily. I am seriously counting down the days…and keeping an eye on that stupid hurricane in the Atlantic - Irma I swear if you mess up this trip I will EXPLODE! 17 days until we leave…wish it was tomorrow!

Hurricane Irma had better stay out of our vacation plans, it’s been too long planning / saving to be stuck in a hotel room.

I have a feeling Saw will be a very popular house. Will you be in the park? The lines really build during the night so even though you want to see just that you should have a plan.

I WILL be in the park already, and plan on lining up for that house first. I talked to my sister over the weekend and we are of the opinion that any other houses beyond SAW will just be icing on the cake. We are going on a Sunday night, so hopefully that will help a little.

I’ll be going to my first (but I’m sure not last) HHN on Sunday 9/24! I’m so excited, I got Express Passes for my friends and myself. I can’t wait!!! I’m most excited for the American Horror Story house. Squeee!

Hey, @brerbeer and @imaginette, if I use the advice for HHN in the UG, do you think that will be adequate? If I’m already in the park, how early should I get in line for my first house?

That is really interesting. I bought my son and his girlfriend tickets and EP for HHN but I was not planning on going. Maybe I will just go for the other things?