I just read that the TSA has completely banned these Disney Star Wars bottles that look like grenades:

Congratulations TSA, you banned people from bringing their recycling on airplanes. We are finally safe.

This just in: TSA has banned travelers from bringing Christmas ornaments on flights because they are indistinguishable from grenades.

So I assume they’re not saying they’re replicas of actual grenades, but replicas of thermal detonators, a fictional weapon.

They’re not even replicas of THOSE. I guess all these “star wars super fans” never actually LOOKED at the thermal detonator. The only thing the two things are similar are is the fact that they are a sphere.

THIS. They have more in common with Christmas balls then they do anything else.

I hate flying and this is why.

We are flying this year and then hopefully never again.

This is actually one of the reasons we are a road trip family. Nobody bothering us about our balls and liquids and grenades.

Sorry, TSA is now banning liquids and balls from being in cars due to their proximity to aircraft overhead.

I only arm bears.

Reminds me of a joke:

Do you think you could kill a bear with an AK47?
[Answers yes]
Really? They’re pretty dangerous even without a gun!

I hate flying and this is why.

We are flying this year and then hopefully never again

I flew this year down to Florida to help drive my parents’ moving truck back. First time I’ve flown since 1995.

I heeded the advice of those here when dealing with TSA and made sure I had stripped down to my underwear before approaching security. As a result, everything seemed to go fairly smoothly. After going through the metal detector and my insulin pump setting it off, three nice gentleman came over, tackled me, and pinned me to the floor. They then escorted me over to a more private area where I only had to wait one hour for someone with a psychiatric degree to come and speak with me. Fortunately, they returned my clothes to me during the wait since it was rather chilly due to the A/C. When I told the nice lady that the voices of TP told me I needed to take off my clothes, she decided I should have my own room for a while. That was sweet of her, since it was somewhat busy and loud. After another hour of trying to convince her that I couldn’t tell her the names of the voices of TP since I only knew them by their avatars, she got visibly nervous. I tried to calm her down, but then some men in uniform came to take me away. They gave me some kind of medication, and I don’t remember anything after that. But I’m not sure why folks have such issues with TSA. They seemed really good at their jobs to me…

That’s weird. Google maps won’t give me directions by car.

Just goes to show you can’t trust a computer!

Well, there’s technically not a road across the Bering Strait, but I’m sure @mousematt could figure it out. I think it would be around 20,000 miles of driving, though, so it might add a day or 2 to the travel time.

Last time I tried to drive trans-pacific as soon as my car left the beach, it stalled out for some reason. Lovely dive site now though.

Gotta rig it with a hydrofoil first. Common mistake.

You can always go this route, which I prefer. Here is what my car looks like for transoceanic travel: 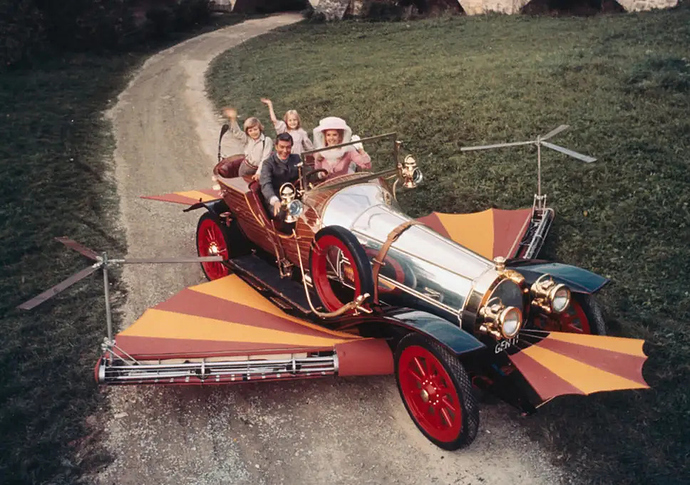