I know if you pay for the resort mug during your stay, you can get free refills the entire stay. Back in 1995 we were told it would work “forever”, meaning if we brought it back with us for future resort stays, we could still get refills. Is this still the case? Will investing in the resort mug once last you for any future visits as long as you bring it with you? And does it work at only the resort you purchased it?

(We actually saved our Port Orleans resort mugs for years, but after realizing we would likely never be back for a resort stay, we finally got rid of them…but now I wish we still had them for our December trip.)

From what I’ve seen and experienced, the RFID chip when activated, allows for up to 14 days of use only. There are probably some exceptions where a CM can manually extend that a few days or so, but pretty sure if bringing an old one from a totally separate previous trip, they might be able to reactivate it, but would still charge as if you’re purchasing a new one.

Good for length of stay officially.

But if you meet a CM willing to play, you can get them to hit the activate multiple times and it will refresh for 14 additional days for each press of the button.

As stated above, some CMs will be gracious and give you extra days.

I remember my first planning adventure for 2017 and reading about the mugs and being fascinated (and slightly skeeved out) by the whole thing.

I’ve never purchased one and don’t think I ever would. It would only make me want to drink more soda to “get my moneys worth”.

And Wdw is pretty much the only place I drink soda. I do love a good cherry coke there on a hot day!!

I’ve been told that they cannot reactivate an old mug, even at full price. It’s irritating to me, because we almost always have the dining plan so we get them every year. We have skipped them a couple of times, just because we didn’t want to be wasteful.

I was about to get excited about the seven mugs we still have crowding our cabinet. They aren’t the kind of things I usually keep, but I realized that I can fill five kids worth of water under the faucet and transfer them to the table all in one swoop, soooooooo they are kind of in the “bonus win” category over here right now.

They came free, so fine, but I wouldn’t ever buy one.

We usually do the DDDP and split between two rooms so we get a few mugs. My teens like to go to food court in the evenings and get hot chocolate, coffee, whatever. And we found that it was nice to have a portable cup for tea/coffee/coke if we got breakfast at hotel and we could take a beer back to the room as our beverage on the dining plan (not judging anyone who drinks their beer with breakfast but we preferred to save for the evenings). There are benefits but I probably wouldn’t buy. We usually stay at value/moderates and those refillable stations are far from the rooms. Easier to have drinks in the room in the fridge.

When I was looking into this, I had similar questions. Here is the best info I was able to ferret out. YMMV.

Legally, whatever rules are presented to you when you buy a mug are good for that mug.

The old rules at one time were the mugs were good forever, but only at the resort where purchased. So my old AKL Mara mugs would only be good there. Since that was how they were marketed, you’d actually legally have pretty firm footing to argue it. Some people have had success with this, with CM honoring their old mugs by giving them new ones good for length of stay (since the old mugs won’t work with the new tech).

Mugs purchased since the rule change would have current rules applied. Currently, good for length of stay and good at any Disney resort, but not in the theme parks.

Note: there apparently have been other variations of the rules at various resorts at times.

When I’d researched that far, it became a moot point for us since we were staying at BC instead of AKL this visit. And then we ended up doing the dining plan so got new length of stay ones anyway.

Thanks, all. So, even if I had kept our mugs from long ago, since we aren’t staying in the same resort, it wouldn’t have mattered. I’m not surprised the rules have changed now to prevent such a thing (forever refills). I’m just trying to determine if there is any advantage for me to pay for the mugs. Originally, I thought I would…but since then, I’ve stopped consuming caffeine, and I’m not sure Disney would offer any diet caffeine-free options. In which case, I’m not sure I’d use it enough to justify it at all.

They have those new magic coke machines with a million options.

We’ve heard some people use carabiner clips to take their morning beverage with them to the park and then just clip their mugs to their backpacks for the day. But with us, that would have been 6 mugs on our day pack so we ruled it out. Also one less thing to do before RD.

So basically we got one fill every evening plus a couple more for our two swim afternoons. If they hadn’t been in our dining plans, not sure it would have been worth it. Or maybe we’d have bought 3 and shared.

We flew southwest with 2 free bags each, so we literally packed a case of bottled water. We took 4 of those with us to the park and then treated ourselves to other drinks with snack credits throughout the day and that worked well.

They have those new magic coke machines with a million options

Oh, really? Coke Freestyle machines typically have several Diet Caffeine Free options. My favorite is when they have Diet Barqs Cream Soda (some do and some don’t) and then fill it with half vanilla and half orange. Tastes like a creamcicle!

Anyhow, it might be worth it for me, then, because I could fill it in the morning for breakfast and later in the day…so perhaps twice per day, 8 nights…that’s 16 “fills”.

Double check with someone that’s been at your resort lately, but that’s what they had at BC, and I read a post from a while back that was what they were all converting to, but I don’t know if the conversion is complete across all resorts. (I’m guessing it probably is since that’s the machine that can read the mug chips to determine if you’re within length of stay.)

We had 2 of the machines at Marketplace at BC, and they did a reasonable job keeping them stocked. One or the other always had what we wanted. (Unlike our Pei Wei at home that seems to be out of cartridges half the time and just hasn’t put them in the other half. Grrrr.)

They have loads of those machines at POFQ and they do have lots of options that are diet and caffeine free, but I don’t remember what.

We will be saying at Boardwalk Villas and The Contemporary for our trip.

Obviously, I’m in a rush to make a decision…our trip is in December!

But those old mugs wouldn’t work. They need an RFID chip in them to activate the machine.

There would be nothing that could be done by a CM to make them work. 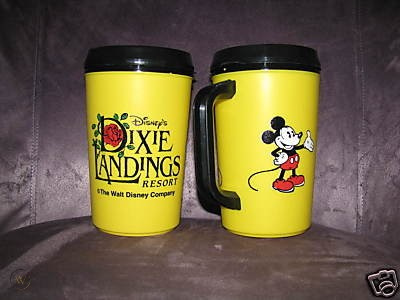 Definitely no RFID…but when we bought them, we were told we could bring them back forever and they would still be good. So, if we HAD kept them, in theory they must have some plan in place to handle it.

Those are adorable! At BWV you’d be eating at the Boardwalk Bakery for your quickserve and as far as I know, they do not have a freestyle machine. But they do have them at the BC if you want to walk over

At BWV you’d be eating at the Boardwalk Bakery for your quickserve and as far as I know, they do not have a freestyle machine.

Well, that’s that, then…unless they install them sometime this year!

Those mugs are fabulous! So cool you hung onto them.