We never did get a WS BG

but I really loved the area!! Just might be the new hang out when it opens all entrances. Love all the Easter eggs too. The characters were amazing. The stunt show was pretty cool. That Spider-Man animatronic looks so real. The photo ops and magic shots are worth the $19.99. Dr Strange magic show was packed and to hard to see. Quite a few food options. The huge pretzel was better than any of the others around the park. Lots of drink choices. Terrible idea to have so many drinks going for the guests and only 1 restroom. I can’t believe people are still lining up before 5am. I thought that would have been only for opening weekend. We had an amazing time and my only complaint would be about the people ( mostly bloggers and Instagramers) who show up last minute and cut the line. I can see 1 or 2 people showing up to join the group but when you have 3 groups in front of you that start with 1 person then grows to 8 its kinda not cool. Especially when they are live streaming like they’ve been there all morning. I’ve got quite a few pictures of the offenders

Funny that I’m in a bunch of their YouTube videos.

I’m sure @btw760 will give us his ride review

I went in kinda scared of getting a migraine from WS so I wasn’t too bummed not getting a BG. Had it been my first RotR I would have totally been bummed.

WS is a lot of fun, but no “gasp” moments for me. Like TSMM, it is basically a series of screens – a video game, really – dressed up in a fun theme, and with a vehicle rather than a controller to advance you through the game. Best part is that the gesture recognition on WS works really well --it is truly amazing. (I was more accurate faster than I ever am with Buzz or TSMM guns.) I rode on two different days, and I got better at it the second time. Nope, I don’t know any high-score tips! As a way-too-long-time Spidey comics reader, it is very satisfying to sling the webs! The preshow is good enough, and sets up the very simple premise. The ride vehicles sit four across (two rows back to back, like TSMM vehicles, but enclosed and seating eight total per vehicle rather than four). But with current protocols I rode alone, so I can’t comment on team play. While each player gets a score, there are team bonuses and totals awarded, but not sure how that will change the action. The vehicles may feel a bit cozy if seated with strangers, assuming that starts up at some point. There are only four screens, so play time is very brief, and nothing happens as the vehicles move between the screens, which is a serious design weakness for immersiveness. (TSMM vehicles spin as they transition screens, at least, though that sometimes makes me queasy. But unlike TSMM you can’t see the other screens or vehicles as you move,.so that improves immersiveness in the storyline. Not that TSMM has a storyline, of course.) The quality of the screen image is very high definition and the action is extremely chaotic. A LOT is going on. By comparison, TSMM action is sedate and tidy, and the screen images are from the stone age (so to speak–I’m from the Pong era and loved Wii, just to be clear!) The screens of both fit their different “worlds” perfectly. If Wii-era games (like TSMM) are where it’s at for you, WS may give you a headache. If you enjoy complex role playing games, WS may seem passive and passe. There’s no doubt lots of ways to criticize WS for those who enjoy finding what not to like. (I have a few critiques.) There’s no doubt lots of ways to find things to like about it for those who enjoy Spidey, Marvel sensibilities, and the Disney way. (I have some of those, too.) Hopefully I will get to ride it a few more times to decide where I land on the spectrum between A-plus and F-minus. Right now, I’m much closer to A than F. What I really want is the same gesture recognition and screen quality in a home version of WS!!

Thanks for the great review!

Disney California Adventure's new Avengers Campus got off to a bit of a rocky start. On opening day, guests lined up for up to 8 hours for a chance to see the super-hero themed land.

Doing a dance here as I now check the app to add all the showtimes to my Touring Plans- thank you @93111tink! 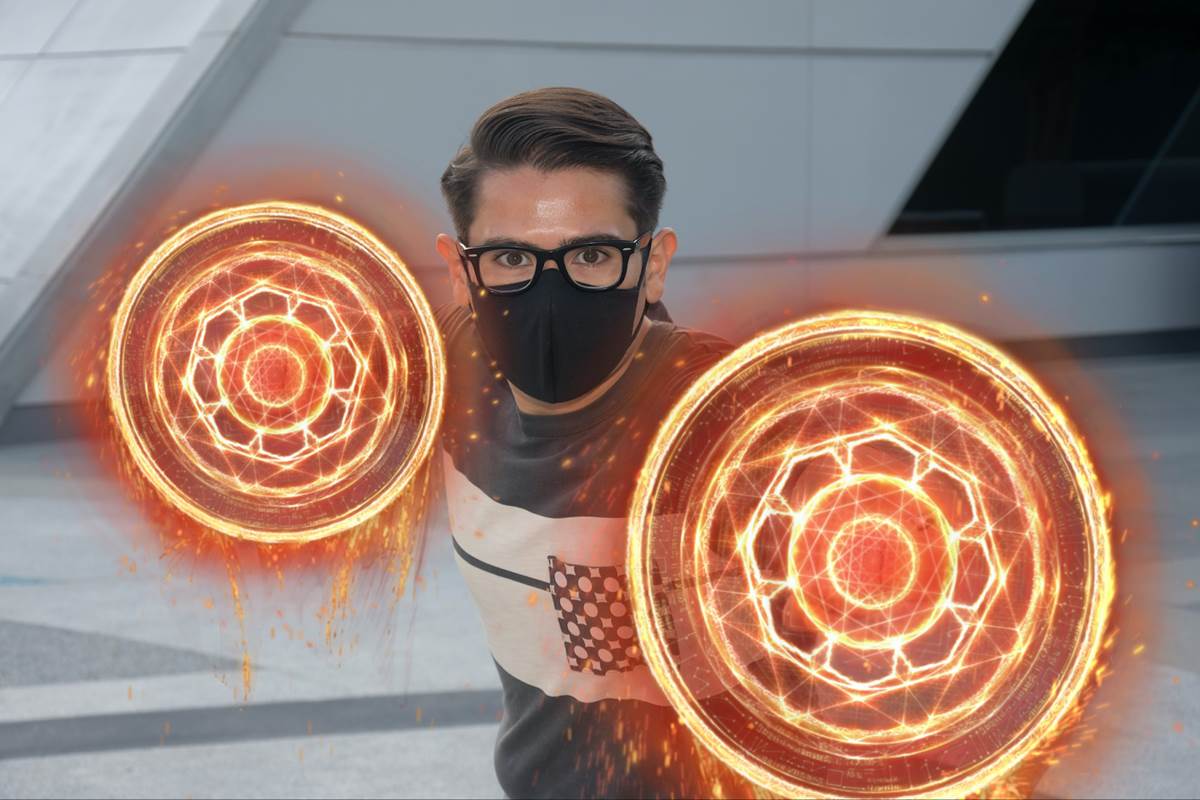 Disney PhotoPass has revealed some new magic shots you can take while at Avengers Campus at Disney California Adventure.

Disneyland Resort Guests are calling on Disney to look at the Americans With Disabilities Act and change the Avengers Campus entry system. 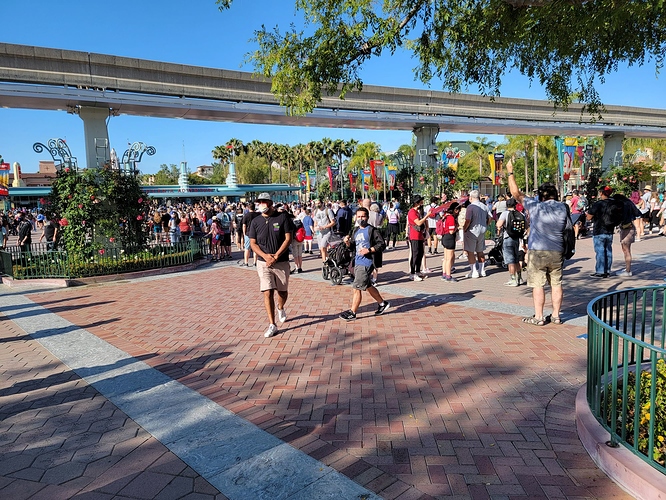 Resized_20210613_081742.jpg2000×1500 877 KB
Picture of the Esplanade around 8:15 this morning. A friend is there and its going to be hot this week. Pack extra water , snacks and patience. This coming week is going to be busy. CM said there were people lining up outside the gate at 4am. And that there were over 2,000 guests by the time she got there at 6:45am
The line to get into DCA almost reaches the tree planters at the entrance of Disneyland

There is so much to do and see at the Disneyland Resort's new Avengers Campus. Make sure look out for these A Bug's Land Easter eggs!

The Nod to Cars Land Inside Avengers Campus | Inside the Magic

The newly opened Avengers Campus features a ton of Marvel Easter eggs, but also gives a nod to next door Cars Land.

If you get a BG (or Virtual Queue) for WS, do you still have to wait in the standby queue to get into Avengers Campus?

Also, assuming you can get in if you get a Boarding Pass for WS without waiting in the standby queue for the land, can you also ride GotG once you’re inside?

You’ll still have to wait but in the shorter BG line. I believe they’ll have you wait right up until your time is called then let you in. And then once in you are welcome to ride GotG as many times as you’d like! ( I am still waiting for a GotG ride photo from the 4th!) 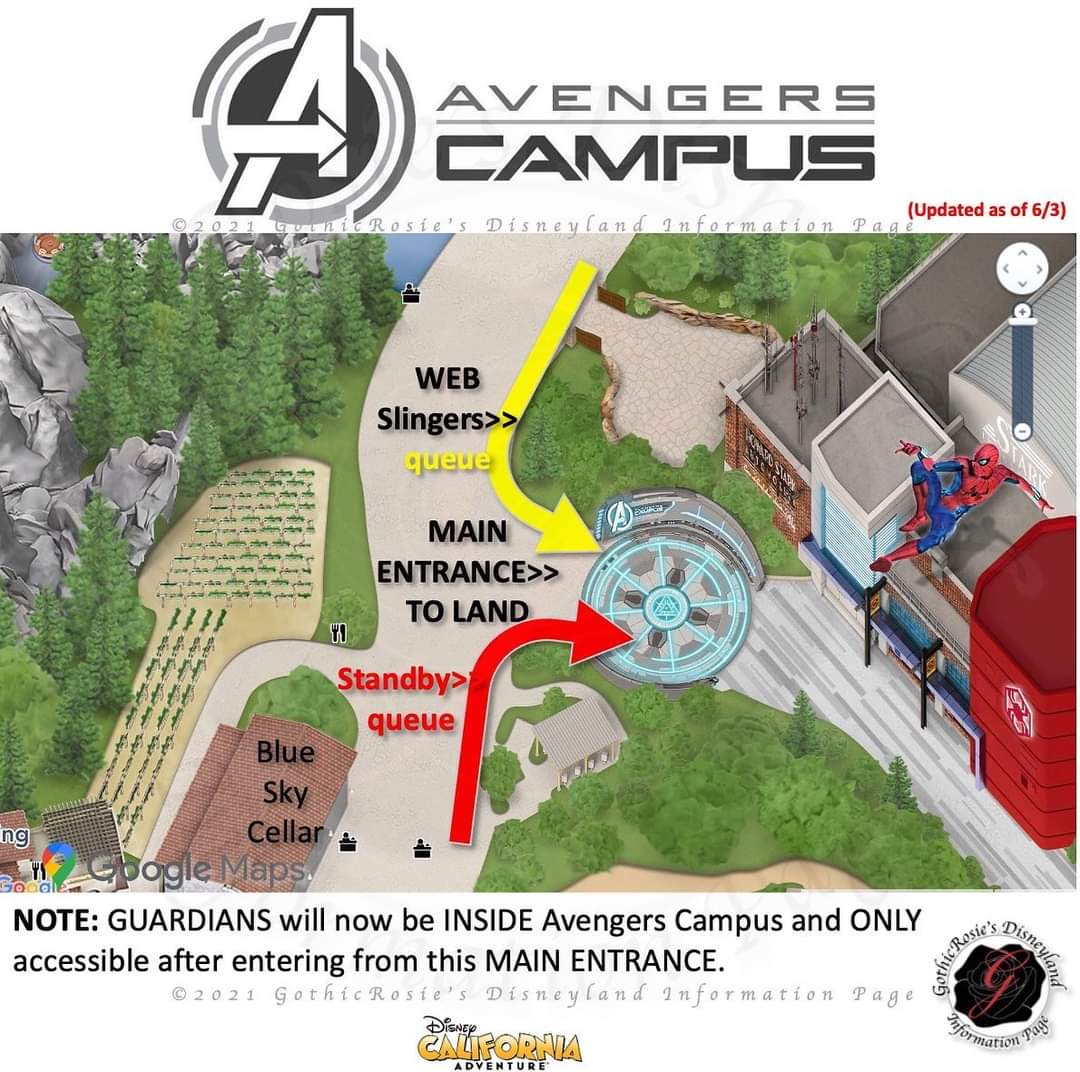 Thank you!
So if I get a BG for WS, and it gives me an estimated return time of 11Am, I can do attractions throughout the rest of the park then return to Avengers Campus when my WS group is called to enter.

Yep! I believe they give you a hr to get there. It might even show on the notification they send what time to arrive

Thank you! This is awesome.

I was also getting these notifications on my phone when the BGs were called. These were ones I picked up for friends while they were there and I was home. I don’t mind saying it was a bit rough! My fomo was acting up! 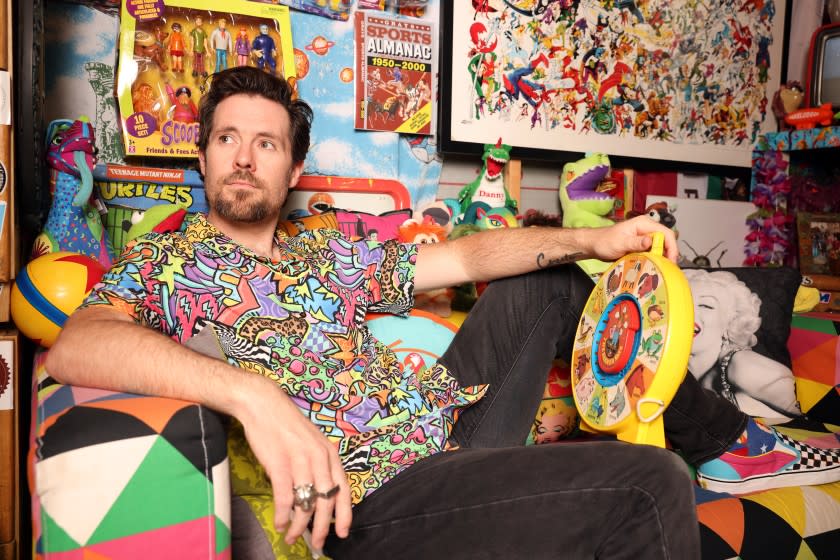 The father-son story behind the extremely personal Easter eggs inside...

How a former Walt Disney Imagineering art director on Avengers Campus placed numerous props from his father throughout the new California Adventure land.