Are there any rumors that Disney will continue this perk through August? It doesn’t really impact too much but it would be nice to be able to plan some things like later dinners at say Epcot and a little more rest time during the day if they are. We are going to be there towards the end of August. Right now the schedule only goes through 8/3. I know the Halloween Party is also during August but it doesn’t look to be on the nights that they have been having these extended hours (typically Epcot on Monday and MK on Wednesday). What are other touring plan members hearing? Thanks!

EETPH still show for the next week, Mon 8/8 at EP, Wed 8/10 at MK. Yesterday, Disney released park hours through 8/11 (but I see 8/12 today). We’ll see next week what happens if they release another week’s worth of park hours and get further into the start of the Halloween parties.

I thought Disney lost the Magic

I see what you did there. Good point!

What does this mean?

I am so lost right now

I could be wrong, but I thought this was in reference to the use of the word, “Magic,” in the OP’s title of this thread. The extra hours in the evening no longer include said word in their name. Connect that to the current atitudes…

I was just singing the Jeopardy song

I have edited the title

No worries. It doesn’t bother me, just makes for a good laugh! Disney could use all the magic it can muster.

Disney could use all the magic it can muste

I found it humourous watching a commercial for Disney’s 50th…it was filled with “magical moments” that don’t actually happen nor are even possible (without REAL magic)…which just made me realize that when Disney can’t actually show us REAL magical moments in the parks, they have to rely on special effects. It was terrible marketing, IMO.

I think it was said that evening hours would continue through the entire 50th celebration, so at least until April 2023.

I was just singing the Jeopardy song

Now you’ve gone and done it… Looks like I won’t be sleeping tonight.

I have been wondering this as well- The week we visit in September, Halloween party closes down MK early 4 nights. We plan to go on an early close day in hopes of lower crowds. I would like to hop to MK to see fireworks, but I may just settle for watching from poly

I checked earlier this week and they are still adding dates on the site. They haven’t gotten all the way out to our dates yet but they are getting closer and closer. 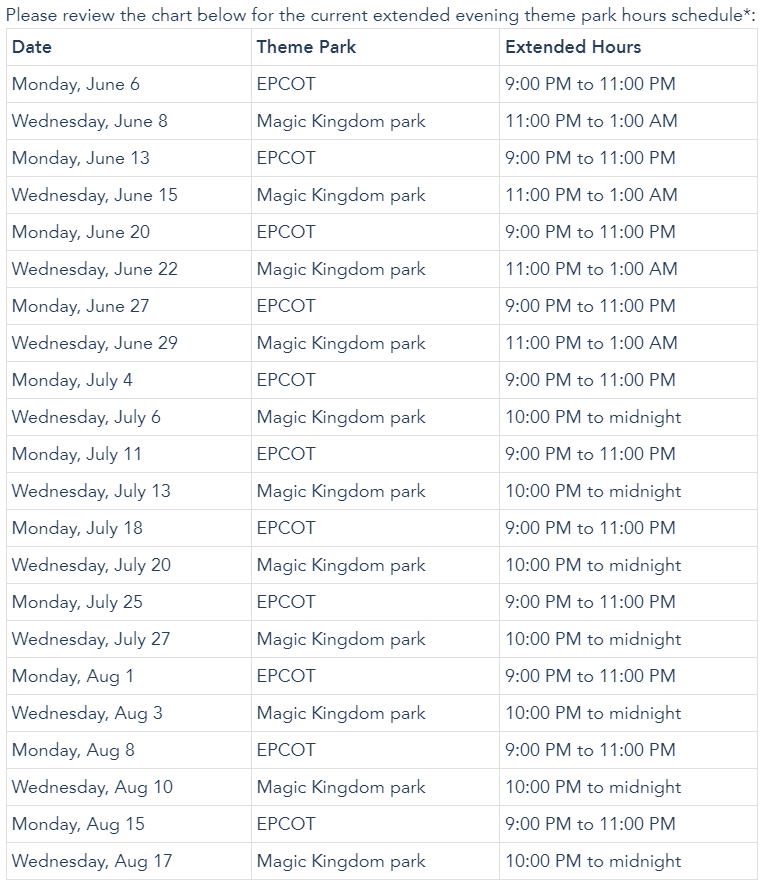