Enchanted 31st anniversary Disney freebie! (or is it?)

First some background for those not on chat.

March 9th-I see a post on chat that Dessert Parties opened up for April. I have sort of been trying to get a treats-n-seats ressie for a while so I hop on and there are lots of dates available. I pick our Anniversary just for something fun to do! I did think it was odd so many options were there but thought maybe it was just good timing.

March 15th-I get a phone call. Guess what? There was a glitch and they have overbooked the party. I will be refunded but the good news is I am invited to enjoy the after fireworks party for…FREE!!! While I was bummed to not have a seat (I’m very short, can walk all day but if I have to stand in one spot my feet hurt) but hey can’t beat free. Then after some more discussion with the CM on the phone it’s clear that the new reservation isn’t goin to show up on MDE. My name will just be on a list at the check in booth

So here we are today! It’s our 31st anniversary and we are going to find out if my name is really on a list! Anyone want to make bets? We are prepared for it not to work out and will just smile and walk away and watch from BTMR since that’s the best view anyway. Or I might actually see Enchantment from the front for the first time!!

I am afraid to ask.

For what date in April were you booked?

Good lord why can’t they seem to do anything right anymore?

Wait - you’re there now? AND in April? Or am I missing something?

Happy anniversary! Hope it works out.

Mai tai and sushi (plus a sweet parking spot!) and on the monorail! 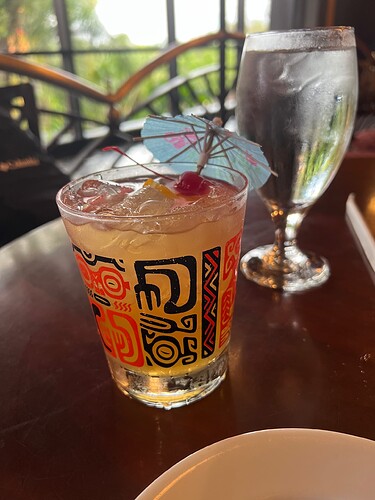 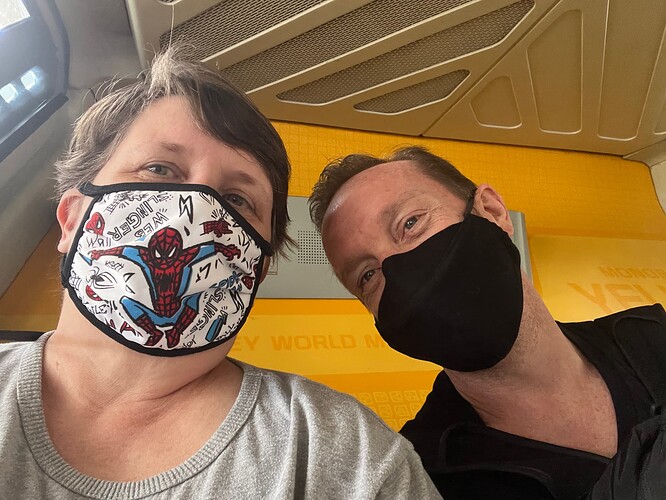 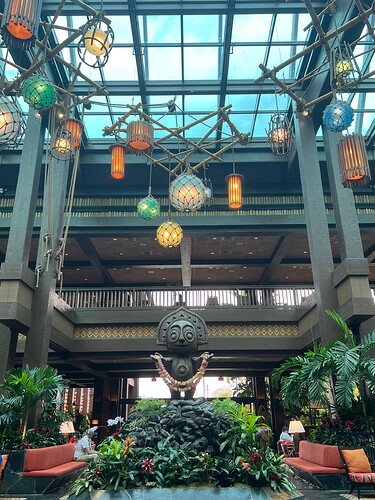 On of my faves! Obligatory Tron photo 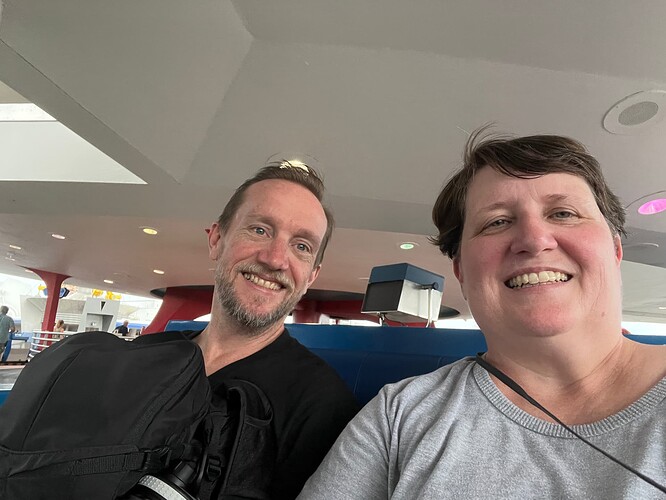 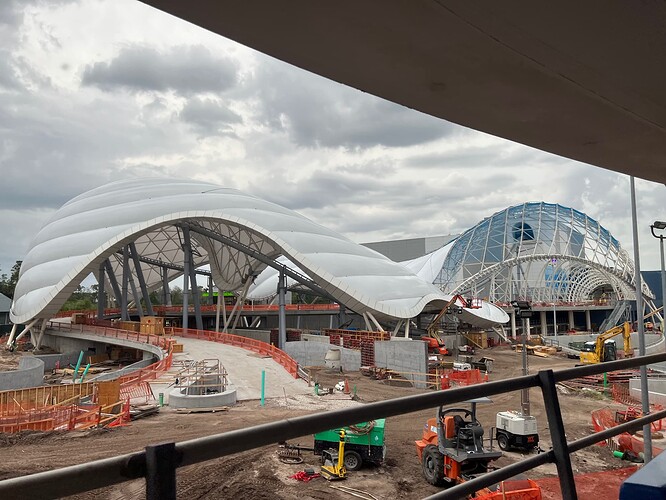 The best ride ever! And best husband! 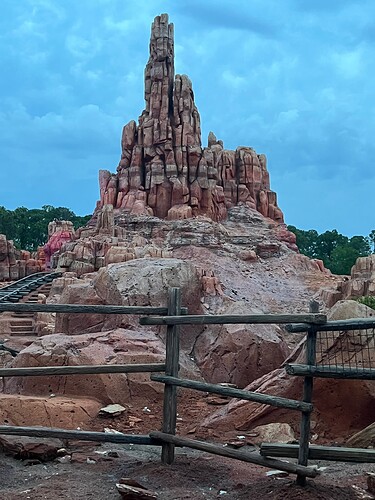 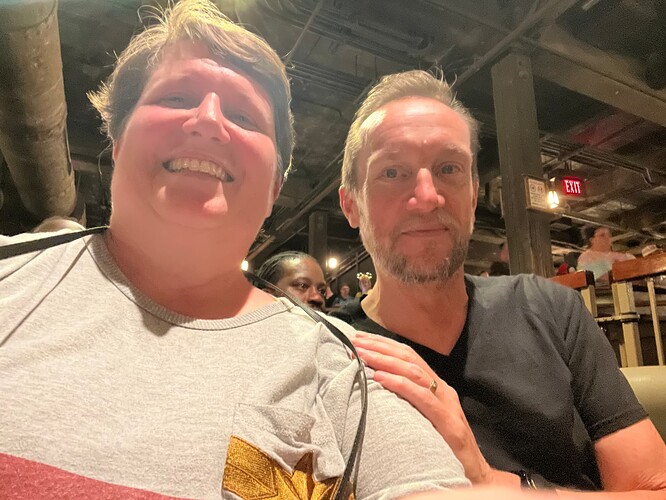 We are in line to check in! Fingers crossed! 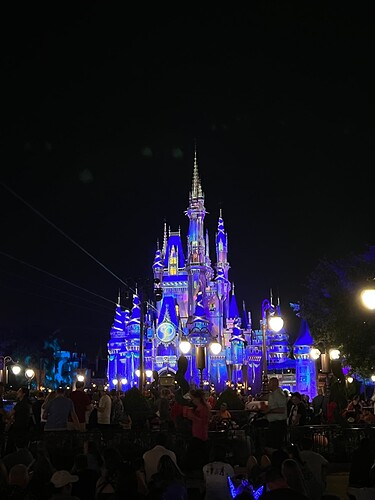 I’m still confused about how this transpired, but any time we can thumb our noses at Chapek I’m on board - enjoy!!

you make sure you eat it allllllllll!

I’ve never done this before. Is it always this crowded? 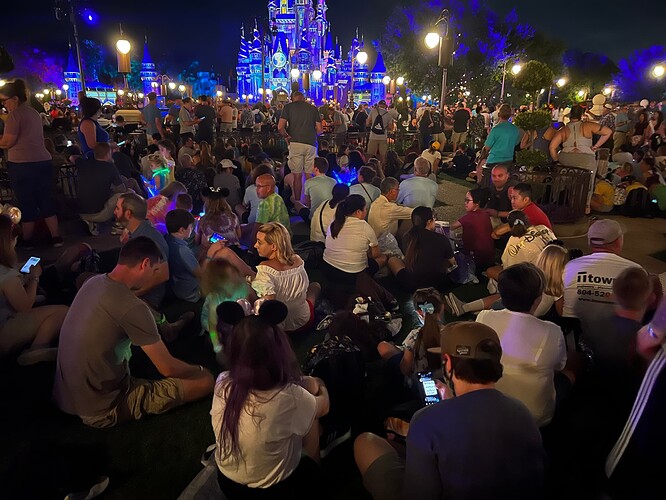 It did not used to be like that, but obviously attendance has been Chapeked.

Desserts were fine, it was super crazy chaotic! We just grabbed a few, drinks and sat for a bit. One more spin on Peoplemover in the dark. Grabbed a cookie at the Confectionary for DD and headed home. I tried to just watch the fireworks but couldn’t help myself and took a few pics and video of Tink! It was very windy at home earlier so I didn’t think she would fly!

It turned out to be a very magical night! 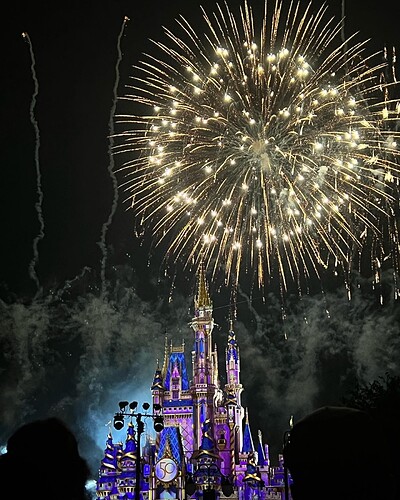 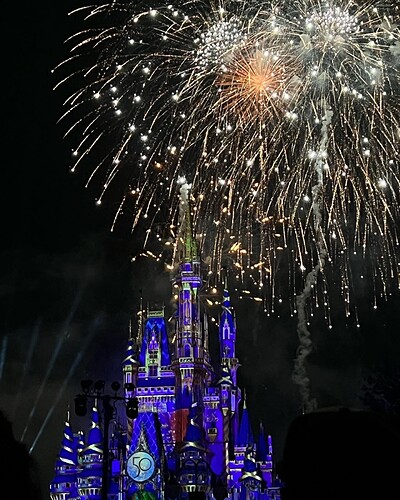 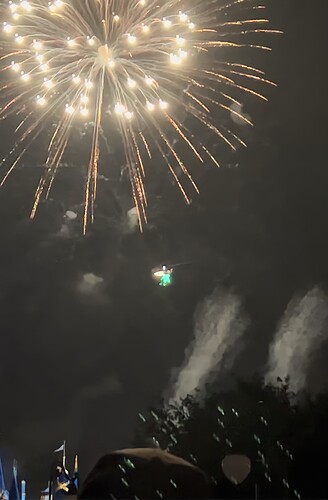 A few more thoughts on our freebie!

I really did not think this was going to happen and was very surprised at how smoothly it went. At the check in counter I gave our last name and she said “Jennifer party of 2?” Nope Kathy, then realized we were supposed to be a party of 3 right as she pulled out a different list and asked if we were part of the displaced people. I said “yes but were originally a party of 3” She said “that’s ok I don’t even know how many people are in the parties on this list” So I could have taken you all with us!

We got in line to check in just after 8:00 and were in the FW area around 8:20. It was already pretty full of people sitting (and laying) on the grass. We grabbed one of the last spots on the back railing with fingers crossed. It kept filling up but at one point a guy parked a huge stroller right next to DH so it blocked the walkway in front of us and kept the masses from crowding us.

When they had everyone stand one of the layers stood up and he was a giant!! I’m 5’2" I think he was twice as tall as me so I figured he would stand right in front of me. I lucked out! He and another pretty tall guy framed the castle in front of me and my view was amazing!

This was my first view of Enchantment from the front. I enjoyed it. I like Harmonious better but I’m not in the haters club. The projections are amazing, the technology just keeps getting better! Also the Moana music is some of my favorite Disney music of all time and there are 2 Moana songs so yay!

Normally we hang back when there are crowds leaving places but wanted to get desserts and maybe another ride in before the park closed so we headed right out and over to the dessert part of the night. I’m glad we did because there wasn’t much of a line for us but while we were eating the line was long and never got any shorter. Desserts were okay, nothing great. There were kids running around. I’ve never seen so many spilled drinks, kids and adults! It was Chaos! We just did the one round, nothing was really worth getting in line again.

I really prefer the dessert parties in DL. You are seated and they bring you a plate of decadence! Will bring you more if you want anything and you get to just sit and relax.

So, while it was enjoyable. I don’t know that I would do it again. Maybe when there is a new show I’ll try for a seats-n-treats again to see it.