I’ve seen a lot of talk about this, but not sure whether leading reservations are still a feasible strategy.
It seems that for those staying off-site and then canceling the leading reservations, this no longer works as the FPs are canceled. But if you have a leading reservation to extend an onsite stay, and then cancel the leading one but leave the real onsite reservation intact, does the system still cancel the FPs (booked at 70 days for instance)?
As long as the FPs are booked on a date covered by the real reservation, does the system care when they are booked (as long as you cancel the leading res inside the real 60day window)?
From what I’ve heard, their system is always checking to make sure FPs have a corresponding onsite stay. I haven’t seen it mentioned that the system is checking for when those FPs were booked, but I’m probably missing something.

I believe some are being cancelled and some are not.

I think @Nicky_S is your woman to properly explain.

There were reports a few weeks ago (sorry, I can’t remember just how long ago) from AP holders who had done precisely this that their FPs were cancelled for their whole stay, even when the leading reservation was cancelled within 30 days. Most of these reports were from AP holders who were testing what was happening.

About 2-3 weeks later, there were a few reports of people who were not AP holders also having all their FPs cancelled. And some of them were actual reservations and FPs they had intended to use. And being within 30 days, they were very unhappy about it.

The position isn’t clear yet. I think it’s the case that Disney are testing this, much like at the beginning of their cancellation policy, most people kept their FPs but a few lost them. And then the vast majority had FPs cancelled.

My advice is to be prepared to lose all your FPs. You may be lucky, you may not. Most people thought that cancelling within 30 days would be OK. Some have got burned, and have been left with no FPs less than 10 days out from a genuine stay.

Nickysyme–just to clarify–the reports of FP’s being cancelled occured where the actual (not leading) reservation was not on-property, correct? At least on BSOM, they reported no known FPP loss where “real” reservation was on property.

On the contrary, I have seen reports where the real reservation was on property, both for AP holders and others.

And also where the leading reservation was cancelled within 30 days.

Interesting! Thanks for clarifying.

Any word on leading reservations when it’s a neighbourhood hotel and not a WDW hotel?

On the contrary, I have seen reports where the real reservation was on property, both for AP holders and others.

And also where the leading reservation was cancelled within 30 days.

It seems that in an ideal world, they would get it to the point where only lose any FPP that you would not have been eligible to get with the reservation you ultimately end up keeping. That way someone would not be penalized if they change their dates a little as it gets closer to their trip. But I suppose dropping all of them would be the way to send the message “Stop screwing around with fake reservations and messing up our room availability”.

Are you aware of any examples where somebody books say 10 days on-site all at one hotel and then later drops the first 5 days or so, leaving just the last 5 nights. I’m wondering what that looks like, or is that even possible to do without cancelling the whole stay and re-booking? It’s probably too complicated to try to determine who is gaming and who is legitimately adjusting their vacation.

This is good information. I’m curious to hear what happens as the situation continues to evolve. Thankfully, I’m not due for another trip until late in 2021, but it will be interesting to see what happens.

It seems that in an ideal world, they would get it to the point where only lose any FPP that you would not have been eligible to get with the reservation you ultimately end up keeping.

Confused. This is what is happening. Those FPs that were cancelled were those that the guest would not have been eligible to get.

Replacing one reservation with another within a couple of days seems to be OK. I suspect they will want to build in leeway to allow for adjusting a trip by a day or two. Or at least I would.

I don’t know exactly how people were booking and cancelling, whether separate reservations or by dropping days. But anecdotally, it seems Disney are making it harder to do that and insisting people rebook.

Okay, I must have misunderstood. I thought you were saying that ALL of their FPP were getting dropped when they dropped the leading reservation. I’ll have to look at the other thread on this topic again.

That is the loophole that enabled the use of leading reservations to make hard-to-get FPP reservations at 60days+3-14, for example.

So the simplest way for Disney to close the loophole is to cancel all FPP connected to (that is, made because of) a reservation that is cancelled. At least as I understand the change.

I will be cancelling my leading reservation which is now 7/25-7/31 when I get within 30 days and I will then see if I lose my FPs for my offsite stay.

Also, if you cancel within the 30 day window and you receive an email that tells you they will be dropped, your best bet may be to drop them yourself and try to re add them. The FP database has to be looking at a “FP booking date” and cross referencing that against an actual on site stay. If you drop them and pick them back up you will be resetting that “FP booking date” and it will be within your 30 day window.

I’m not sure what you have seen lately, but on the disboards the last I had seen was someone who cancelled their entire on-site reservation within 30 days and lost their fastpasses - so not a leading reservation. 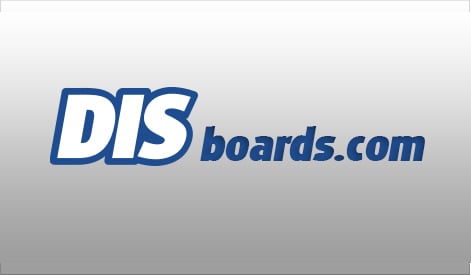 We had to cancel our onsite reservation because our party changed and we will be staying off-site now. The entire trip was within 30 days and I received an email warning me that my fastpasses would be cancelled today (Sunday, May 12). They were in...

I haven’t seen too much in the way of leading reservations. Do you have some links where those were discussed?

Are there first hand accounts (or links to one) of FPP being lost where the person kept an onsite stay for the FPP day’s but cancelled a leading reservation.

Not talking about offsite guests loosing FPP where they cancelled onsite stay. (Throw away booking).

Well yes, they are all getting dropped.

It means that if they go ahead and do this consistently, you’d be better to cancel / change dates earlier than later.

That is what I meant, yes.

Right. That was the start of it. And you’re right, the view was it might be to do with having more FPs than onsite days.

But then things developed further. AP holders with say 4 days of FPs with a 7 day reservation, and then cancelling 3 leading days. And they lost the FPs.

And then cancellations within 30 days.

As far as the DIS was concerned, when non AP holders reported having FPs cancelled, the mods then declared it off limits to discuss it further.

Which leaves things unclear. The reports over there were on different threads, as the mods closed them successively! I imagine they’re still there somewhere. I’m not a member there, no intention of ever joining.