I was comparing maps of WDW to Disneyland and wanted to share, but didn’t know the best place, so I decided to start a new thread for this kind of stuff. If anyone has any other tidbits or advice about Disneyland that would be helpful for those who have been to WDW but never DL, feel free to share.

Here is a map of the Epcot area: 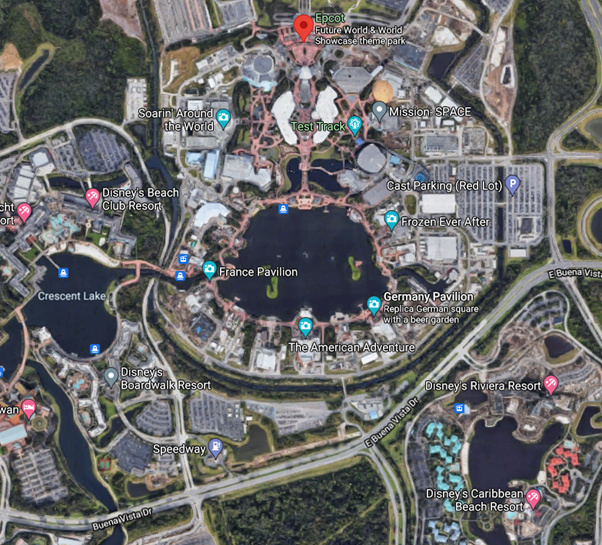 Here is a map of Disneyland: 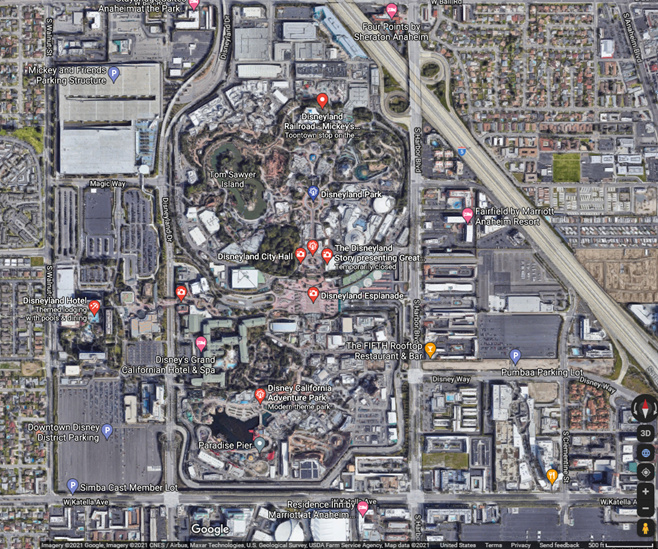 Here is Disneyland superimposed over Epcot (I aligned the legends to make sure the distances are comparable): 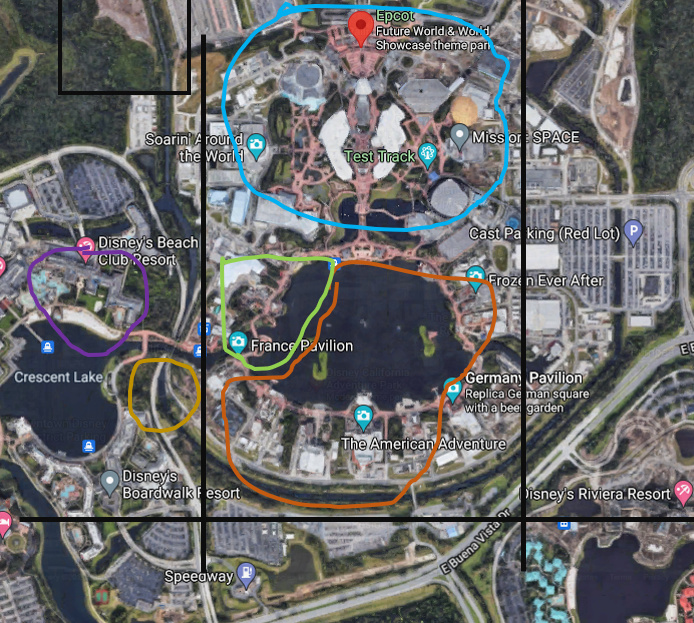 I think this is interesting to give a sense of the size of each resort relative to each other.

And yet I still will rack up way more steps at DLR than I have at WDW! Maybe just longer days is the culprit.

That’s interesting?!? I’ve only been to DL x2, I like how easy it is to park hop

But we’re often there just for a day or two and so trying to cram everything in!

rack up way more steps at DLR than I have at WDW!

I think you’re right on number of attractions too.

I had a near constant thought while at WDW that they could have designed the whole place to be so much more compact. There is an insane amount of open space, which is what makes it so epic and “magical.” But DLR figured out how to do compact with charm and class.

I prefer the compact honestly. But that walkway going into Adventureland from New Orleans Square after Fantasmic kills me

So I looked it up and was surprised! Disneyland has 51 rides and WDW has 43! I knew DLR had more, but thought it was just 2-3 more. I want to say when the bugs life area was still open it was more like 55. Someone feel free to correct me if I am wrong.

I need to do a comparison of all the rides to see where the major differences are! It seems like most rides have a counterpart on the other coast, aside from a couple Epcot and Animal Kingdom rides. But Disneyland has a bunch of rides tucked away, like Storybookland Canal Boats, Casey Jr. Circus Train, Roger Rabbit’s Cartoon Spin, and Mr. Toad’s wild ride that don’t have equivalents at WDW.

When I saw the title of this thread, I thought it was for Veterans who happen to go to Disney, so as I was reading through that first post, I thought maybe we were going to see some tribute to the military and first responders when you overlapped Epcot with Disneyland.

But do you consider things like the Nemo Submarines = Nemo in Epcot? Or Matterhorn and EE counterparts? Or Indy vs Dinosaur since they’re on the same track system? Or the treehouses?

I count 79 at DLR just attractions including closed things but not including duplicate things like the two versions of the Ferris wheel and I didn’t count the fortune tellers or the bowling alley and the holiday versions of things:
https://disneyland.disney.go.com/attractions/

At wdw I count 97 (I’m not counting each individual animal but I will count trails or oasis exhibits and at Epcot I’m not counting the kidcot fun stops but I will count the museums cuz those can eat up time as I can attest having really discovered them this last time, again if it says wdw railroad three times for the three stops I’ll count it once and while I count sleeping beauty castle since it has a walkthrough as an attraction I do not count Cinderella castle. I didn’t count water parks attractions or things not open for the first time yet like Remy but I do count closed attractions like Turtle Talk with Crush that were open prepandemic)
https://disneyworld.disney.go.com/attractions/#/magic-kingdom,epcot,hollywood-studios,animal-kingdom/

Just a random thought , I’ve always wanted to ask if WDW has the daily flag retreat like Disneyland?

Yes, but only at the Magic Kingdom.