Ha - You can see some of the geeky underpinnings of that Priceline tactic in my Hotel Deals Research post here.

This thing pretty much lines up with everything I’ve been saying for…years now.

Interestingly, there were a few points where their analysis were a bit misleading, however. And, it is misleading in a way that made the switch to from standby only to FP seem like an improvement in a way that it wasn’t.

When showing the results of the simulation, the conclusion was that the average Standby wait was about 41 minutes, but then they said when you factor in the desire of most guests wanting to ride the 6 most popular rides, that wait time increased. However, when they compared this to the FP and FP+ cases, they didn’t focus on just those 6 most popular, but also factored in the rides with minimal waits, anyhow. This was an apples to oranges comparison. In fact, the fair comparison was the FIRST standby stat, since those waiting in standby will self-select rides with short waits as well. This meant that when you did a direct comparison, the total average wait time from standby to FP to FP+ was nearly identical!

And this is what I’ve always been saying.

It was a super well done analysis in general, though.

I think you meant that as a joke. But, this is the wrong audience. We’re thinking, “yeah, not so sure about the pee wee herman part, but I’d watch that.”

I watched the whole thing last night. I loved the ending animation monster. Made me laugh.

I had been a bit shocked about the 3.something rides in a day. I’d read somewhere that 3 rides is what Disney thinks people expect in order to have a good day. I don’t consider myself a ride junkie, but that would be a gross failure of even a casually-strolling-around day for me.

The video glossed over the idea of adding rides as a solution. Of course, that wasn’t the focus, and it isn’t a short-term solution. But, if you double attendance and keep the total park ride capacity the same then lines WILL get a lot longer. You can help a bit by sending crowds to the negative wait time rides, but that can only help a bit.

In some ways, yes, because that was back before New Fantasyland. However they also got rid of some large capacity attractions like Universe of Energy. I just know I remember riding Tower of Terror over and over and over midday with absolutely no line. In July.

I had been a bit shocked about the 3.something rides in a day.

Granted, that was for a computerized simulation of a simplified Animal Kingdom. And it was showing the AVERAGE number, considering a lot of people waited a long time for Triangle…that is, FOP.

The video glossed over the idea of adding rides as a solution.

They mentioned it, but it is a huge expenditure as a solution. Not that they won’t add more rides over time, but it isn’t something easily done to alleviate the problem. Of course, there is more to the parks than rides. I don’t go to EPCOT, for example, just for rides. There is SO MUCH to do there that is not a ride, or even something you necessarily queue up for.

I finished watching and I think my takeaway is that FastPass Plus was the worst of the configurations they’ve tried so far. (It was great for people who were able to maximize, but awful for everyone else.) MaxPass was probably the best, but might not translate well to WDW or even to DLR considering the newest high-demand rides.

So I’m left believing that Genie+ is the least worst option. It costs money, but offsite is on a par with onsite, unlike FastPass Plus, so it is actually probably cheaper holistically for guests on a budget who want to maximize the system, depending on party size. (i.e., staying offsite and paying for Genie+ is cheaper than staying onsite and getting FPP benefits).

There are DEFINITELY improvements that can be made. For example, it’s overly complicated with the mix of ILL and Genie+ and Virtual Queue. But I’m not sure the best way to fix that, other than increasing the price for Genie+ and eliminating ILLs. But I don’t love that either. Maybe having all rides be available a la carte? That presents even more problems.

Here are some of the key charts:

This shows that Fastpass+ significantly increased standby wait times for all rides, including rides that were generally walk-ons, except Flight of Passage (triangle), whereas Fastpass had a more moderate impact. 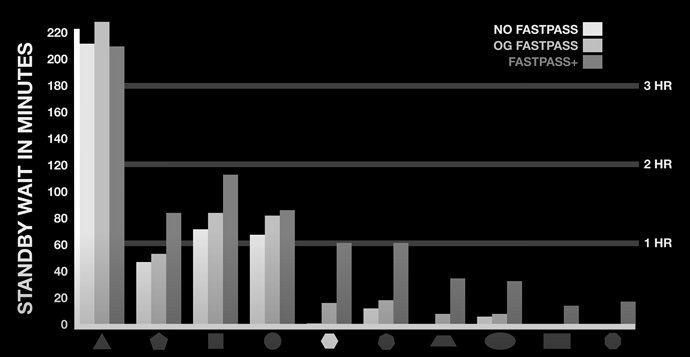 This shows that the average standby wait time increased for both FP and FPP, but average overall wait for individual guests decreases or stays about the same thanks to using the system. 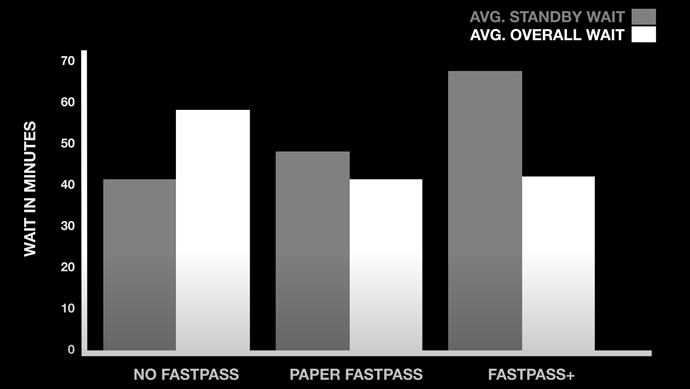 This shows that guests experience more rides on average with FPP:

But the distribution is skewed such that most guests ride fewer attractions, while some rack up 5-10 or even 39 rides, which inflates the average but means that most guests are not as satisfied than they would be without FPP. 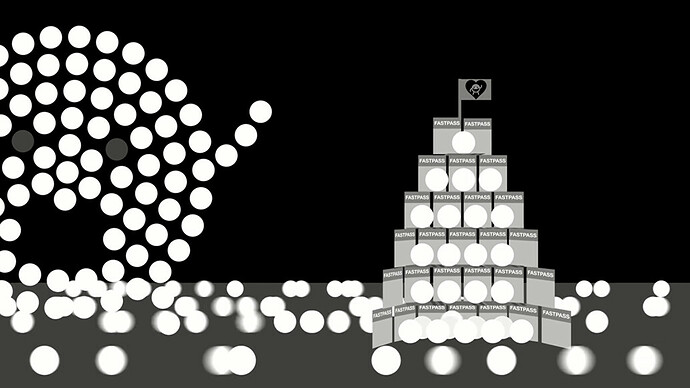 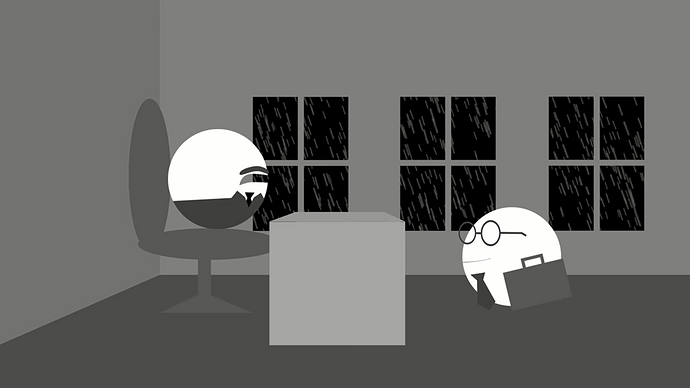 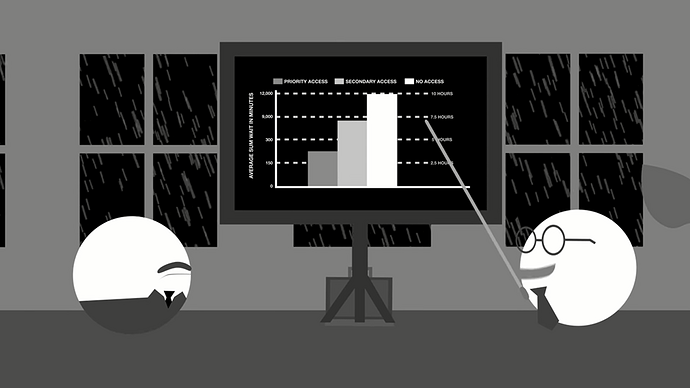 Thank goodness you said it or I was gonna have to.

“I’m left believing that Genie+ is the least worst option…”

Genie+ is more of the same. The more guests use ut, the more it becomes a FPP sytem (with an upcharge.

…everything is broken and we can make people psy for it…

The more guests use ut, the more it becomes a FPP sytem

Genie+ is “the least worst option” only as long as relatively few people use it.

Disney has reported 1/3 of guests are using it (or they did a couple weeks ago). I’m curious to see if that trend continues.

This shows that the average standby wait time increased for both FP and FPP, but average overall wait for individual guests decreases or stays about the same thanks to using the system.

This is the graph that is misleading. It makes the “no fastpass” option seem worse, when it isn’t.

The bar listed as “avg. overall wait” was curated to ONLY refer to the top 6 attractions. This means that they eliminated the attractions with the least amount of wait when they did the calculations. This caused the average wait time to look inflated.

But the Fastpass versions are taking into account that the use of Fastpass causes the waits for the non-six best to go up…and yet, those numbers are eliminated from the picture. As such, it is a more fair comparison to compare the “avg. standby wait” of the “no fastpass” to the “avg. overall wait” of the other two…which, as it turns out, makes them about the same. (Even that isn’t totally fair, but is closer to the truth.

I wouldn’t call it actively “misleading” - it’s just that graphs can only convey so much information, and the information he was trying to convey here was how long it took to experience the top six rides, because many people don’t really care if they get to experience the next six+ rides or not, so it would also be “misleading” from another perspective to have a chart including wait times for rides people didn’t really care about but that they did just to kill time. They could have just as easily gone shopping or eaten a meal instead.

That said, your context is helpful, because some people do care about overall waiting.

The more guests use ut, the more it becomes a FPP sytem

The reason it’s different and won’t be as bad as FPP is 1) you can’t get all your passes 60 days in advance and lock out everyone who is staying offsite from riding the popular rides without a long wait; 2) because it is sequentially distributed, the amount of fastpasses you can use is more limited than if you arrive with three (or six) FPPs already scheduled, and 3) because it is paid, not as many people will use it. It will never become as widely used as FPP.

Genie+ uses almost an identical system to the OG Fastpass in the simulation, so it will have the same impacts, but less pronounced because of #3 above.

I didn’t mean to suggest they were INTENDING to mislead…only that as the data is presented, it DOES mislead. Setting aside the argument I made above, the labeling on the graph itself is incorrect. The white bars should be labeled, “Avg Overall Wait Time across the top 6 rides”. This is an important distinction, because otherwise the graph only represents a certain type of park-goer.

And, since this graph was modeled after AK, where there aren’t too many attractions to begin with, it further hides the fact that the more attractions you visit beyond the 6 top starts to push everything back toward evening out with the SB line.

Except that AK anything beyond the top at six attractions never had any kind of wait except on the absolute busiest days, Even with FP+.

What beyond those six ever had a wait?

What beyond those six ever had a wait?

Clearly, they did, because otherwise the No Fastpass comparison, the avg standby and the avg overall should be identical.

They wouldn’t be identical because they are measuring two different things.

Average overall wait is the average time someone spends in line over the course of the day. Since a person isn’t always in line for the average wait time,.(i.e. it will be considerably longer at the peak of the day, and guests don’t visit the parks uniformly throughout the day) it makes sense that overall wait is longer in pre-FP days.