DBF's 5 Days of Fun at WDW: A Trip Report

I just got back from a 5 day trip “home” to celebrate my recent 50th birthday. I went with my aunt, who is only two years older than I am, and more like sister to me than anything else. We’ve been talking about a Disney trip together for about 40 years, and I was certain we’d have tons of fun. Still, I had some concerns going into the vacation:

Instead of a day-by-day trip, I’ll give you the highlights, a few things I learned, and the answers to the 4 questions above!

I MUST HAVE A DISNEY-CHARMED LIFE 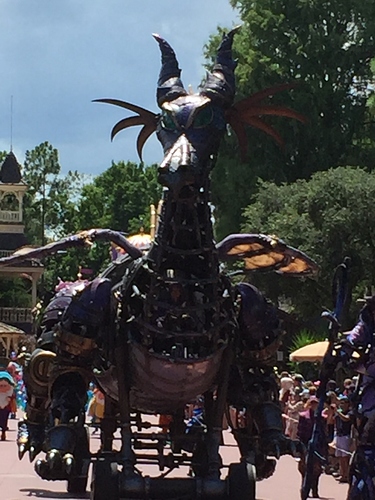 The view from the DVC booth in Frontierland

I FINALLY MET MICKEY MOUSE! (AND A LOT OF OTHER NEW FRIENDS)
OK, so maybe I’ll have to turn in my Disney Lover Card by admitting this, but I’ve never met Mickey Mouse in person. All of that changed when we stopped by the Main Street Theatre and met the head mouse! It was an absolutely amazing experience. He talked to us all about being scared to go to the house down the street with three ghosts hanging around outside, and then we posed like the Hitchhiking Ghosts. I felt like a kid again…HE TALKED AND HIS MOUTH MOVED! I have to admit I was a little overcome when we left. Magical!!

I’d also never done a character meal before (and I wondered if it would be fun for a table of just adults) and we scheduled TWO! First up, Crystal Palace breakfast. Two words: POTATO CASSEROLE. It was so good, I’d go back just for that. The food and our server were fantastic. And meeting Pooh, Tigger, Piglet and Eeyore was a lot of fun. Pooh was particularly cuddly, but i think I liked Eeyore best. 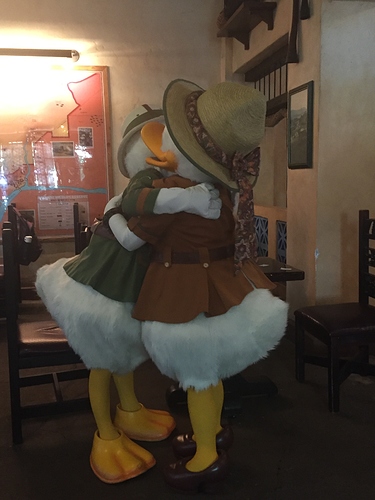 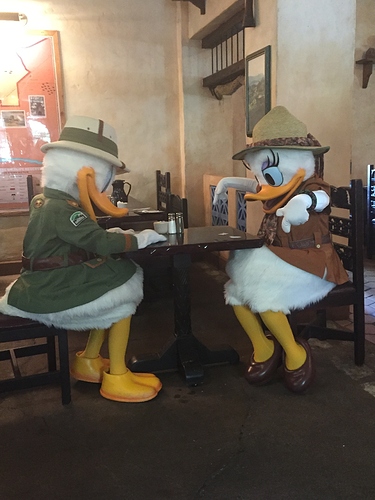 The other character meal we had was a Tusker House breakfast - which was just as delicious (the ham was amazing). Oddly, it was almost empty, which shocked me considering how tough it was to secure the ADR. The advantage was that we got to meet each character TWICE! It was fun to see Mickey again, and I’d never met Daisy before, but the draw for me was meeting Donald again (met him and Goofy last year). He was fun to interact with, and expressed his love for Daisy when I told him what a lucky duck he is to have her! Daisy came over and insisted on doing selfies! But the really magical thing for this Donald fan was when he and Daisy took an empty table and played sugar packet hockey (Donald was really bad at it, and Daisy had to make the “goal” wider than the table! Then they stood up and hugged and kissed each other. What a great thing to witness!! 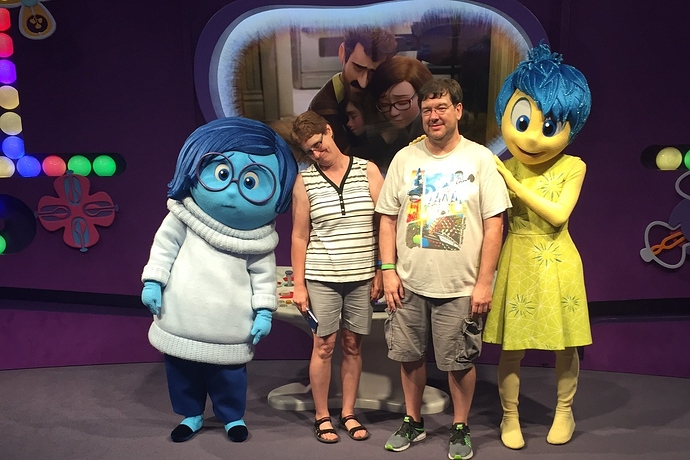 Before the trip was over, we met Flick, Tarzan, Joy and Sadness, Baymax, Rafiki, and Chip and Dale and Mickey and Minnie (at AK)!

And so, I’m a convert of sorts. Turns out I really like meeting characters. So much so, that when DBF and I go back in January, we are doing both TH and CP meals and I can’t wait to meet talking Mickey, Baymax and Joy and Sadness again. PLUS Olaf, Gaston, Chewie and Kylo Ren!

Good for you!! So glad you had a great time meeting characters! Thank you for sharing!!

What great pictures! An almost empty Tusker House- wow! Thank you for this report and I am so glad you had a great trip!

How fun! Thanks for taking the time to write about your trip for us.

Thanks for the feedback, everyone! I’ll have more tonight!

You look great! Going to Disney really helps us feel young, doesn’t it??! I certainly don’t feel 52 when I go.

Terrific! What a great trip report. Was talking Mickey on Main Street?

Yes he was! If you haven’t done this, do it. I get goose bumps every time I think of it.

I had this on the list of things to do when I was there in June with my girls, but I didn’t get to it. It’s going to have to be at the top of the list next time.

@baileykatt - You will love it as much as they will. I thought, as we walked out, Walt would be very pleased with this development in character meet and greets. When people can’t define “Disney magic,” I will point to this as a defining example.

TIP: If you don’t use a FPP (we didn’t) the actual wait time was a little over 15 minutes less than the posted time!

Thanks, that’s good to know!

You and I are off kilter in tandem, if that makes any sense, WRT resort stays: my last trip you stayed at ASSports just ahead of me, and this trip you’ve stayed at Pop just ahead of me (35 days out). Very cool that you’d have had your exact room request if you had been okay waiting. Our only request is a king bed - we don’t care where in the resort we stay.

I can’t believe this was your first mouse meet! For shame!

Wicked cool about watching sugar packet hockey. I wonder why it was so hard to get a ressie if the place was empty???

You must do it. It is wicked cool.

The waitress told us that it wasn’t unusual at all for mid-July… still doesn’t explain why it was a tough ADR!

MY BIRTHDAY GIFT TO MYSELF

When I heard about the Pin Quest game at MK, I was curious. When I found out it was using a Steampunk Mickey theme, I was sold! There’s something about Steampunk that really intrigues me… so, even though it ended up costing me about $85 (including tax), I didn’t care. I came away with some nice swag - a lanyard, a very cool map, 6 clue cards, a decoder medallion, 6 pins and a completer pin, all of which are very detailed. But even more than that, I came away with an appreciation for the “Disney details” of theming throughout the Magic Kingdom, and since I finished my Pin Quest, I found myself noticing even more details all throughout the World. And I have some truly priceless memories… like dancing with CMs and the small crowd that gathered to earn one of the pins… singing Be Our Guest at the top of my lungs in the middle of the Philharmagic gift shop to earn another. And getting to chat with 7 very different, very enthusiastic cast members (plus one really good sport at a “decoy” location). Every pin - including the “CompltEAR Pin” which earned me a loud round of applause at the end of the game - has a great memory attached to it. Worth WAY more than money. I hope they do more things like this. And if you get to go while this is still happening, I highly recommend it. Here’s the final product: 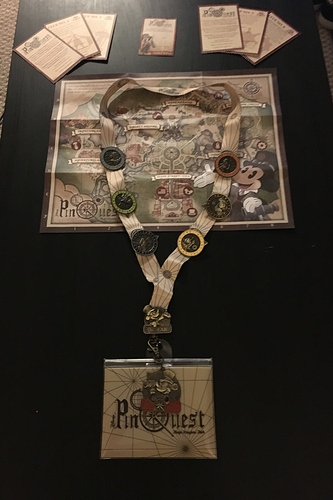 (If you are worried about how this will effect your plans, no worries! It never took more than 10 minutes (1st stop to learn about it and last stop to get the final pin took the longest) to do any step, and I did 2 or 3 a day over 3 trips to MK.)

It was very hot. No joke about that. But planning stops in air conditioning, those cooling towels (which are a miracle of science, if you ask me) and tons of water made it very manageable. There were 2 times that it was almost unbearable: the three minute walk up the ramp to the EPCOT monorail station at TTC - because there were walls up blocking any chance of a breeze, and people were walking SLLLOOOWWLLLYY - and while we waited to get into Beauty and the Beast at HS. There was no shade and they forced us to “fill in all available space.” Other than that, no sweat! (See what I did there?)

I’ll write more over the weekend…

Hubby would not meet Kylo Ren because he is a bad guy. Chewbacca is the best. We went after the fireworks and only had one group ahead of us.

Thank you for posting about the Pin Quest and the photo. I do not know if I will ever get the chance to do it but it sounds like fun and nice swag!

It had been years since I stayed at POP Century, and most recently have spent all of my “value-staying” time at All-Star Sports. Aside from the theming and the buildings having 4 floors, there really isn’t much difference to me, room-wise. But we loved the 50’s section - Lady and Tramp are so adorable, and that pool is super cool! The bowling details are awesome. Of course, being the middle of the summer, the pool wasn’t literally cool - it was like a bath. But after days of non-stop walking, the warm water felt terrific on my feet! 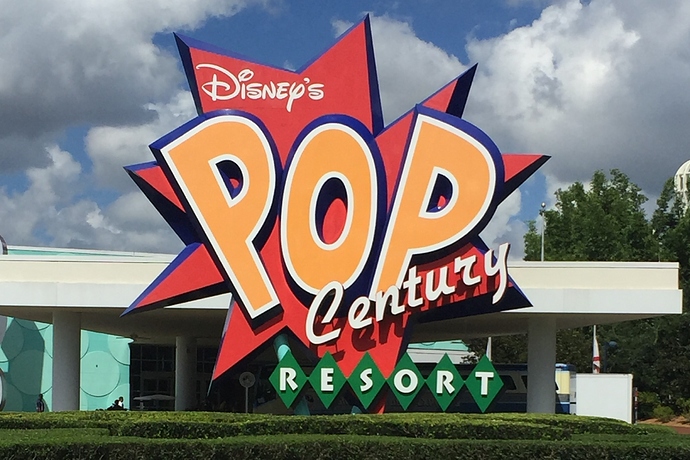 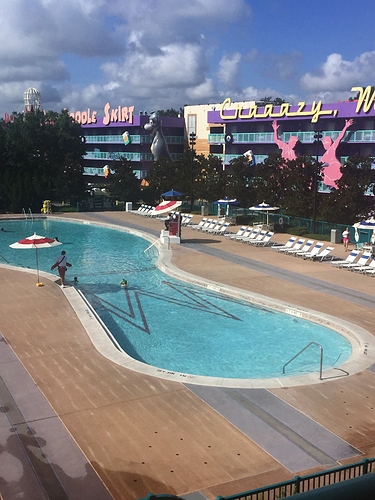 Being a value hotel, I wasn’t too surprised to find several large groups of teens, and realizing how close we were to ESPN WWOS, it is even less surprising that many of the groups were sports teams from all over the world. I’m pleased to report that every single sports kid we came into contact with was quiet, polite and extremely well-behaved! I wish I could say the same thing for the South American gangs of girls. I think I’ll leave it at that…

As I mentioned at the top, I was a bit concerned about how my aunt would handle touring in this fashion, and how well they would even work in CL 8/9 days. In both cases, my concerns were un-founded.

Let’s just say (and I’m sure any of you can relate…) that my family thinks planning WDW trips is “ridiculous” and “takes all of the fun out of it” blah, blah, blah. In fact, when my parents dropped her off at the hotel, it was with snide comments about “sticking to the plan,” etc. Well, when it became apparent about 2 hours into our first (half-day) plan that we could adjust as we went along (we switched Country Bears and FOF Parade, for example) and, even better, we had time to do extra things (Pin Quest, extra character meets, an unplanned ride on the carousel, etc.), my aunt was convinced. Before our evening was over (including breezing past a long line to get on FEA and time for a drink at La Cava, she was so impressed she called my dad (her brother) and set him straight that there was “something to all that planning!” 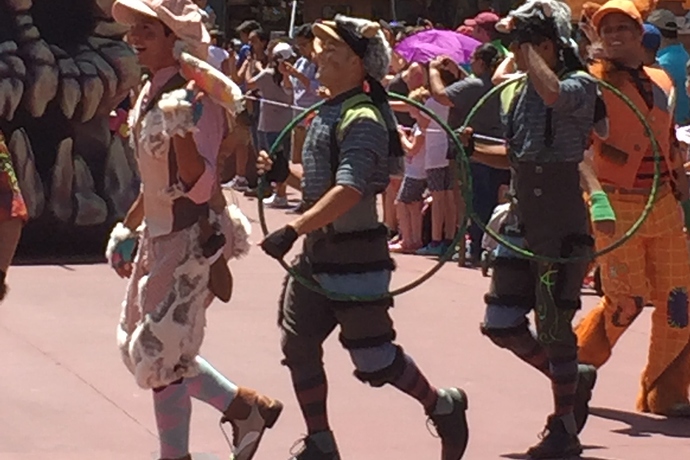 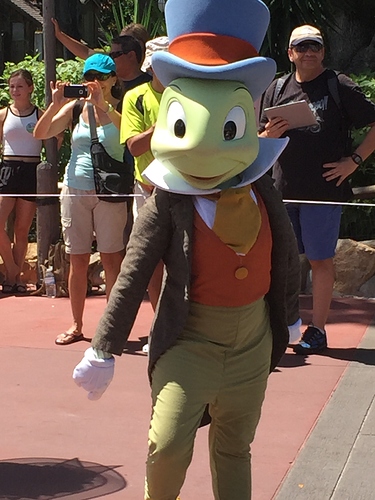 As for how well she could handle it… let’s just say she could teach a course in walking with purpose! There were times I had to literally jog to catch up to her!

The bottom line is that CL8/9 with a thought out plan was not that different than when I toured on CL4/5 days last January. In fact, I was sure the estimates were off and we were really having CL5/6 days.

More to come… (work has been kicking my butt, or I’d be done already…) Thanks for following…

"she was so impressed she called my dad (her brother) and set him straight that there was “something to all that planning!”